10 Disturbing Stories Behind The History’s Most Prolific Serial Killers

With the number of victims that each serial killer on this list has, it’s a wonder that these killers got away with it for as long as they could. 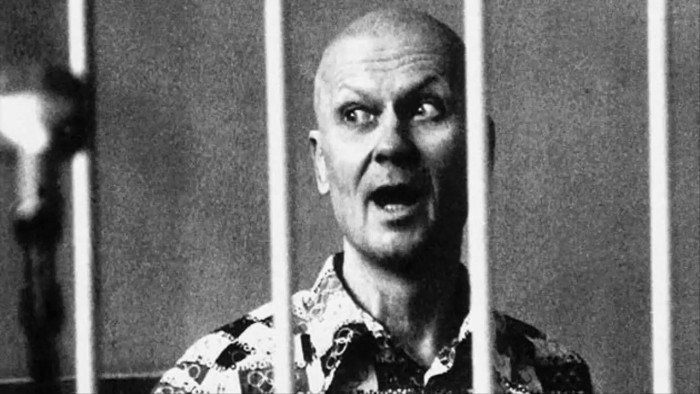 Most sinful and horrifying acts of violence are committed by serial killers. Always looking for next victim, these murderers kill again and again, never fully satisfied by their bloody deeds. Their twisted motivations and even more twisted techniques land the people in this group among the most frightening criminals in history.

Pedro Alonso López is a Colombian serial killer, who was sentenced for killing 80 girls, but who claims to have raped and killed more than 300 girls across his native country, then Peru and Ecuador, and possibly other countries. He was the seventh of 13 children born to a Colombian prostitute. When Lopez was eight, his mother caught him touching his sister's breast, and she kicked him out of the house forever.

When in the streets he was raped by a pedophile which made him paranoid of strangers. A male teacher molested him when he was just 12; the wretched episodes didn't end there,he was gang-raped by four prisoners yet again while serving jail time.

Between his prostitute mother and the pornography, Lopez's only knowledge of women fed his demented hatred for them. After all of these molestation episodes he vowed to the same with as many children as he could, which he later did. 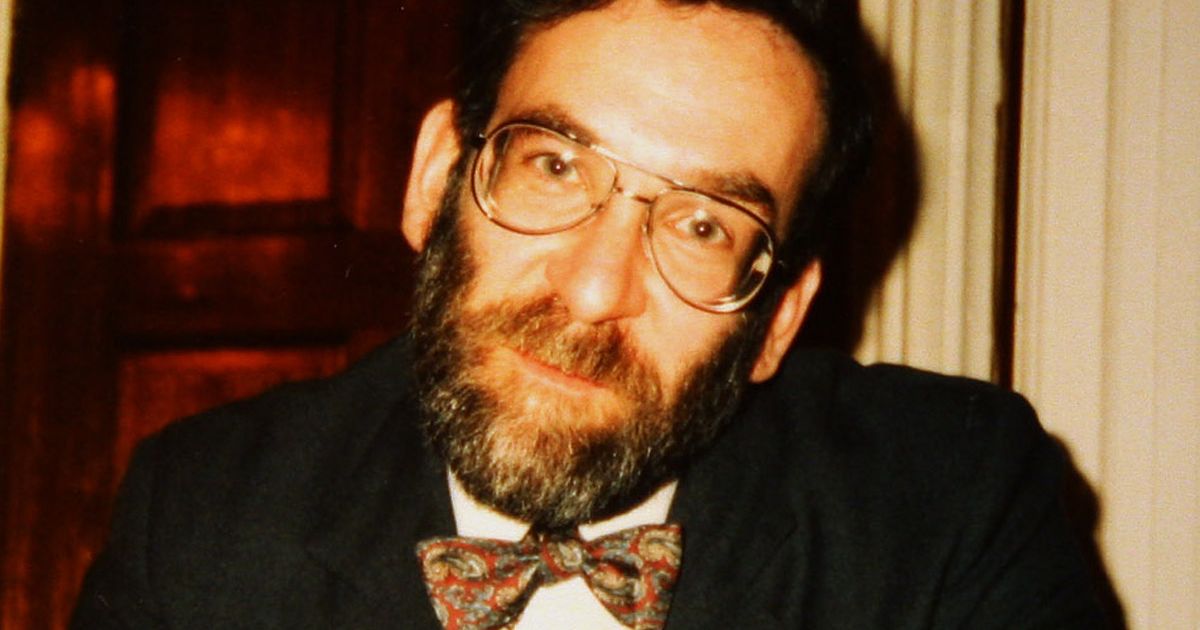 British serial killer Harold Shipman, who worked in England as a medical doctor, killed over 200 of his patients before his arrest in 1998.

In 1974 he became addicted to the painkiller Pethidine. He forged prescriptions for large amounts of the drug, and he was forced to leave the practice when caught by his medical colleagues in 1975, at which time he entered a drug rehab program. In the subsequent inquiry he received a small fine and a conviction for forgery.

His crimes were brought to light by a local undertaker who noticed that Dr. Shipman's patients seemed to be dying at an unusually high rate, and exhibited similar poses in death: most were fully clothed, and usually sitting up or reclining on a settee. He was concerned enough to approach Shipman about this directly, who reassured him that there was nothing to be concerned about. Later, another medical colleague, Dr. Susan Booth, also found the similarity disturbing, and the local coroner's office were alerted, who in turn contacted the police. 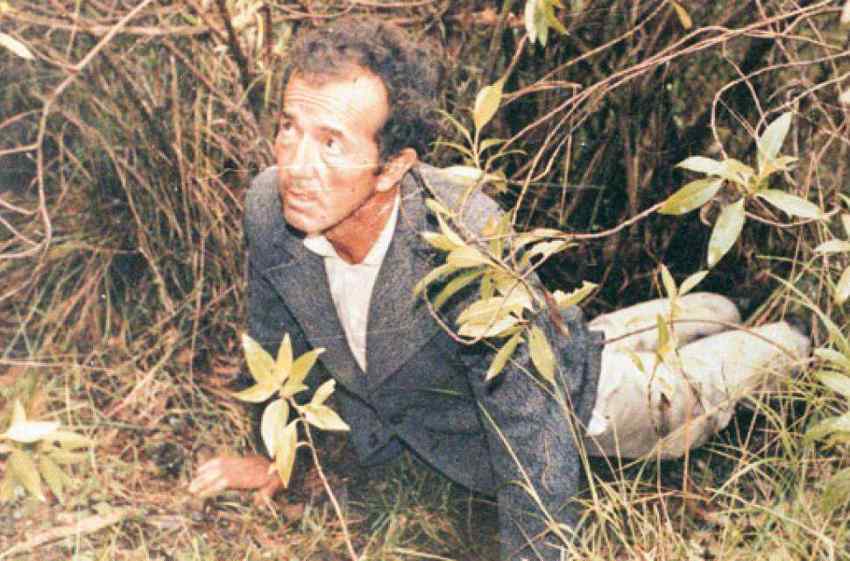 Camargo was born into a wealthy family living in Anolaima, a small town in the Colombian Andes. When Camargo was two years old, his mother died and his father remarried to another woman shortly afterward. Camargo was very intelligent and did well in school (he would later be attributed an IQ of 116). However, whenever he tried to reach out to Briceño, regardless of the subject, he would cut him short and tell Camargo that he was useless and a lost cause.

Barbosa’s stepmother was just an adolescent at the time of her marriage and she was obsessed with the idea of having a daughter of her own. She doted on her stepdaughter while abusing her stepson, who she would punish by forcefully undressing him from the waist down and hitting him in the bare buttocks with a bullwhip.

After Camargo developed violent tendencies and got in a fight at school, Fernández punished him by taking away his pants, forcing him to wear women's clothes, and inviting his schoolmates to come over and watch him. This abuse destroyed any popularity he had at school and made him a frequent victim of bullying. From then on, Camargo came to despise women and everything feminine.

Filho was born in a farm at Santa Rita do Sapucaí, Brazil. He was born with a damaged skull, which was indirectly inflicted by his father when he physically abused Filho's mother while she was still pregnant with him. Filho was also physically abused by his father during his childhood. While he was still a child, Filho attempted to murder his cousin by pushing him into a sugar cane press, but he was unsuccessful.

When Filho was fourteen years old, his father was accused of stealing food from the high school kitchen where he worked as a security guard, resulting in him losing his job. In vengeance, Filho killed the vice-mayor of Alfenas with a shotgun, as he was the one who fired his father. A month later, he killed another guard at the school whom he believed to be the real thief.

When Filho's father murdered his mother, Filho exacted his revenge, killing the man, cutting out his heart and eating it. Filho was finally captured in 2003. He was convicted of murdering at least 70 people, but going to jail did not stop his crime spree – he murdered at least 40 inmates while he was in prison.

Serial killer Gary Leon Ridgway was born on February 18, 1949, in Salt Lake City, Utah. He held a job painting trucks for 30 years and was married three times. He began murdering women in 1982 and was caught in 2001 when a DNA test revealed a match. Ridgway told investigators he killed as many as 75-80 women along Route 99 in south King County, Washington. He was convicted and received multiple life sentences.

Though he married three times and was fanatical about religion, Ridgway was a frequent customer of prostitutes.

Ridgway's slayings began in 1982, when young runaways and prostitutes began disappearing from state Route 99 in south King County, Washington. He brought many of them to his home and strangled them, then left them in woodsy, remote sites. The first few bodies turned up along the now-notorious Green River. 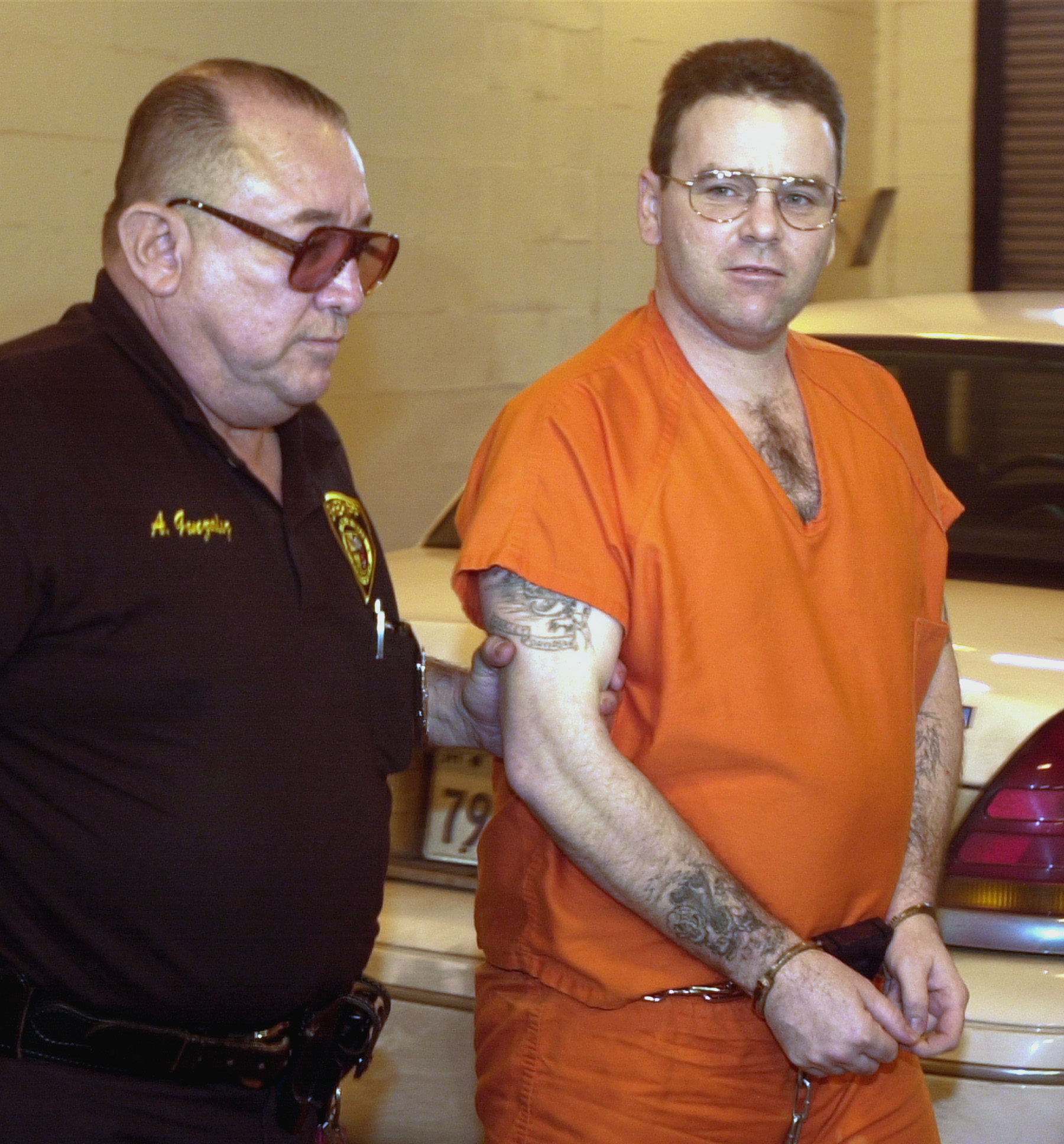 Sells, 49, was convicted of killing 13-year-old Katy Harris while she slept in her Del Rio, Texas, home. Her murder landed Sells on death row, but he has been linked to at least 17 other killings and claims he has killed a dozen more.

Tommy Lynn Sells and his twin sister Tammy Jean were born in Oakland, California. His mother, Nina Sells, was a single mother with three other children at the time that the twins were born. Throughout his early childhood years, Sells was left mostly alone to fend for himself. He rarely attended school and by the age of 7, he was drinking alcohol.

Around this same time, he started hanging around with a man from a nearby town. The man showed him a lot of special attention which included giving him presents and taking him on outings. On several occasions, Sells spent the night at the man's home. Later it was discovered that this same man was caught molesting boys, but it came as no surprise to Sells. He had been one of his victims starting when he was 8 years old. 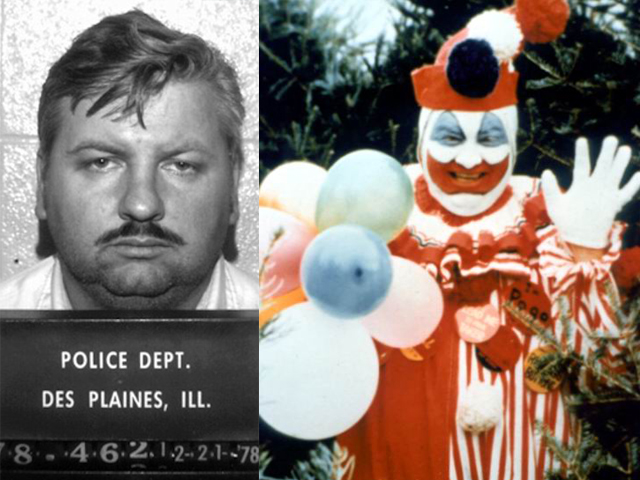 John Wayne Gacy had an abusive childhood and struggled with his sexuality. After being convicted of sexual assault in 1968, it was discovered that he had killed at least 33 young males, burying most under his home. He was found guilty in 1980 and given multiple death penalty and life sentences. He was executed by lethal injection on May 10, 1994.

The son of Danish and Polish parents, Gacy and his siblings grew up with a drunken father who would beat the children with a razor strap if they were perceived to have misbehaved; his father physically assaulted Gacy's mother as well. Gacy's sister Karen would later say that the siblings learned to toughen up against the beatings, and that Gacy would not cry.

It was later discovered that he had committed his first known killing in 1972, taking the life of Timothy McCoy after luring the teen to his home.

Prior to killing himself, Lake wrote a suicide note revealing his and Ng's real names and confessing to their crimes. When the ranch was searched by the police, they found 12 corpses buried in shallow graves on the property as well as a bunker, a stash of weapons and a total of 45 pounds of charred bone fragments, leading the investigators to believe that the pair may have killed as many as 25 people.

At an early age, Lake began taking nude photos of his sisters; this became the start of his obsession with pornography. He also enjoyed killing mice by dissolving them in chemicals. In 1965, aged 19, he enlisted with the U.S. Marine Corps and did service in Vietnam during the war as a radar operator. In 1971, he was given a medical discharge, having been diagnosed with schizoid personality disorder.

Charles Ng was born in Hong Kong in 1960. His father, a business executive, was strict and disciplined him through physical abuse. From an early age, he displayed an obsession with martial arts and fire-setting and also had a lifelong addiction to stealing.

Theodore Robert Bundy was one of the most prolific serial killers in U.S. history who confessed to kidnapping, raping and murdering 30 women throughout seven states during the 1970s.

In the 1950s being an unwed mother was scandalous and illegitimate children were often teased and treated as outcasts. To avoid having Ted suffer, Louise's parents, Samuel and Eleanor Cowell, took on the role of being Ted’s parents. For several years of his life, Ted thought his grandparents were his parents, and his mother was his sister. He never had any contact with his birth father, whose identity remains unknown.

According to relatives, the environment in the Cowell home was volatile. Samuel Cowell was known for being an outspoken bigot who would go into loud rants about his dislike of various minority and religious groups.

He physically abused his wife and children and brutalized the family dog. He suffered hallucinations and would sometimes talk or argue with people who were not there. 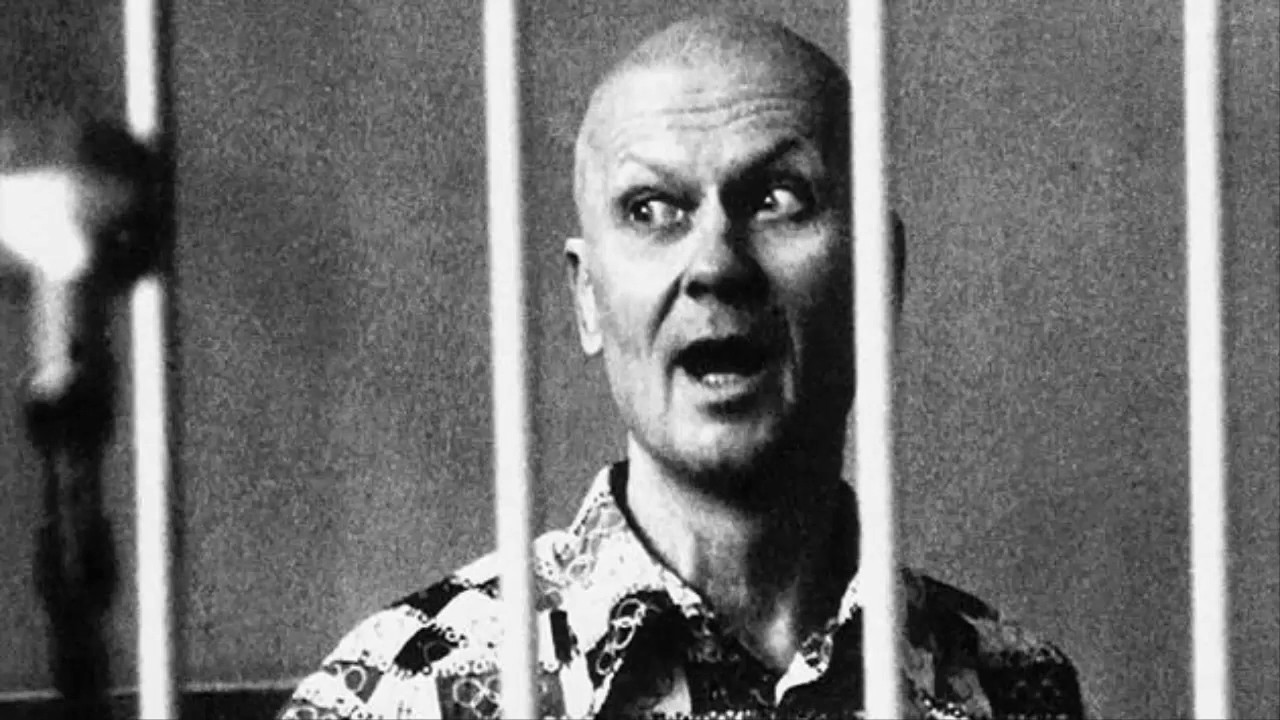 Chikatilo was born in the Ukrainian part of the USSR during Stalin's regime. At one point, Chikatilo was told by his mother, Anna, that his older brother, Stepan, was kidnapped, killed and cannibalized by starved neighbors, though the story has never been verified, nor has the claim that Chikatilo even had a brother.

On December 21/1978, he committed his first known murder, abducting nine-year-old Yelena Zabotnova and stabbing her to death in the woods, ejaculating in the process. He had intended to rape her, but couldn’t achieve an erection due to his impotence.

Over the following 12 years, Chikatilo committed over 50 known murders. Because reports of crimes like serial murder and rape were greatly suppressed by Soviet authorities in the state-controlled media, stories began taking a life of their own; among the rumors that circulated was that the victims were killed and mutilated by a werewolf.

Farting Around Your Partner Is The Next Step In Your Relationship