A Rare Skin Condition or an Attack by a Brown Bear – What’s the Truth?

A Russian man got rescued from the den after a bear broke his back and left him for a month in its den. He drank urine to survive. Know the truth about this viral story. 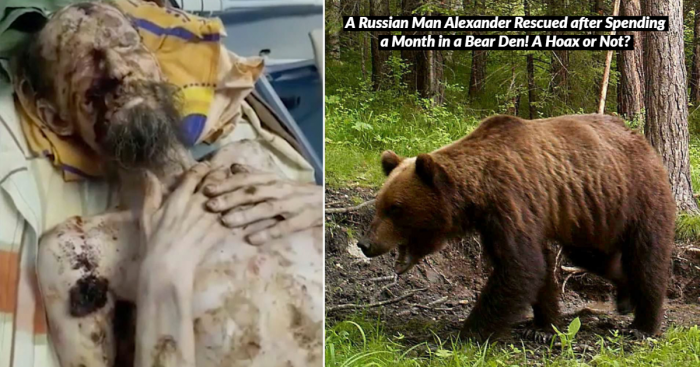 A weeks days back, a headline that gave everyone goosebumps was about a Russian man who was attacked by a bear that broke his back and then dragged him into its den.

It is not every day that you read or heard about a person getting attacked by a wild animal. But this news of a man becoming a victim of a brown bear for a month as food went viral and shocked everyone. A Russian man named Alexander was found by hunting dogs in Russian’s Tuva region near the border with Mongolia.

When the dogs found the body, the hunters thought his body was mummified by the air, but they were shocked to see that man was alive. He was then taken to the hospital and found that while fighting with the bear, he broke his spine. Alexander told doctors that he survived the attack and drank urine to survive.

Brown Bears Can Eat Almost Anything 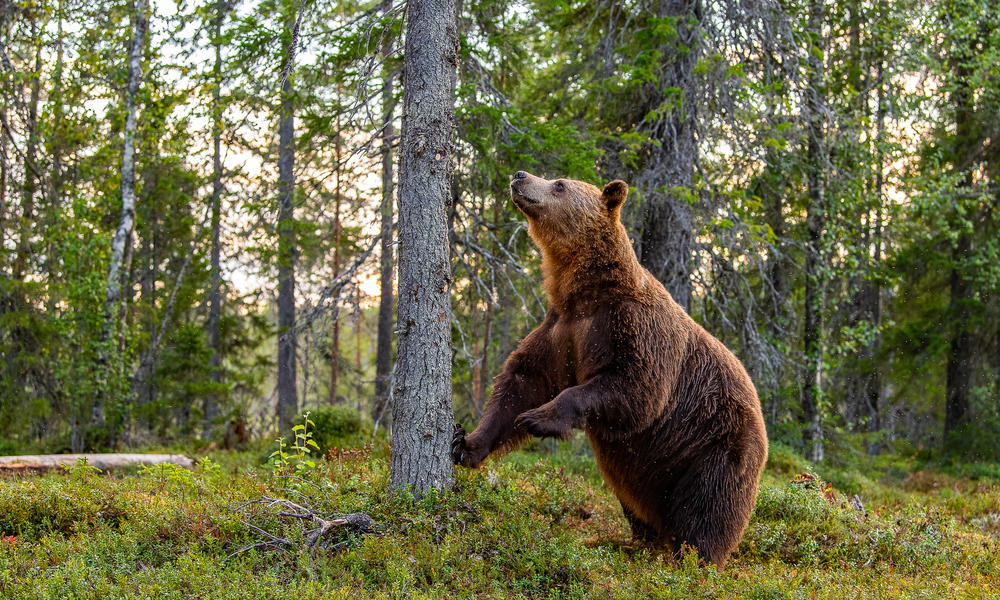 The brown bear is one of the common species that is found in central and Eastern Europe across Canada, Alaska, and North America. They are known to eat almost anything. They can consume fruits, fish, leaves, land animals, and anything that carries a scent.

Brown bears are dangerous and bury their prey to eat later. Do you know why they do this? To hide it from predators and to let it decomposed. Ivan V. Seroyodkin of the Russian academy of science has researched that they do this to hide their food from animals. Also, it becomes ripe, making it easier to eat afterward.

They completely or partially bury animals and wait for days or weeks before they come back to their home.

Doctors Say That it’s a Miracle That Alexander is Alive 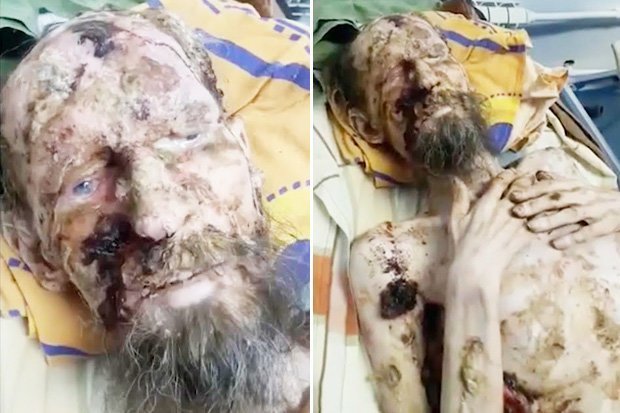 No one believed that man was alive. He told doctors that he drank urine to survive, while also afraid of the bear that he would come back at any moment to kill him. Doctors said it was a miracle and admit that they aren’t sure how he survived for long.

He was found after several hunters passed the cave and their dogs barked at the point where he was left. Doctors claimed that he suffered from chronic psoriasis, a rare skin condition that also affected Kim Kardashian and left her disfigured.

This shocking story was also compared to Leonardo Di Caprio’s Oscar-Winning role in The Revenant. His pictures and videos were released last week and showed him covered in cuts and blood.

He was admitted to hospital suffering from psoriasis and severed bed sores. He was discharged last week after his mother and girlfriend visited him. “As chief doctor here I'm saying to you, this is our guy, he is not from Tuva nor anywhere else in Russia.”

“He was in a depressive state. He neglected his psoriasis, and in such a state he was brought to us. Now his mother has taken him away.”

His footage is even more shocking to watch. The footage shows how his face and body were covered with dirt and blood, his skin became white, and his eyes were not opening.

A medic had secretly filmed him and created a story. His mother was upset by this false story. The medics cannot explain how he survived these severe injuries. They revealed he can move his arms and speak but is immobile.

EADAily (Moscow-base agency) which reported the story offered a reward for anyone who could recognize the man. It also appeals the readers to shed light on this matter. 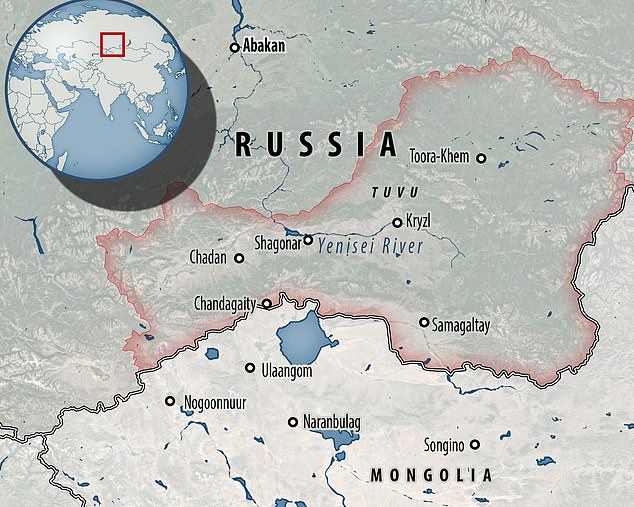 Dr. Louise Gentle, a senior lecturer in wildlife conservation at Nottingham Trent University, said that a bear attacking and dragging a human into its den is a "very rare thing to happen."

A spokesman in the Tuva Republic said it is difficult to confirm that the case happened in Tuva. It was not claimed or registered by any official body. It might have happened outside Tuva.

Animals are indeed loved by all, but you can't deny they are dangerous too. Neither the exact location nor the hospital name where he was treated is revealed. The story of alexander is still a mystery.

But in case, if this had happened with you, would you be able to survive for a month in this critical situation? Drop your comments below.