Our world is facing the worst water crisis. Yes, around 844 million people lack access to fresh water. In this difficult time, this 26-year-old engineer took responsibility into his own hands and brought a dozen lakes and ponds back to life. Read the full story here! 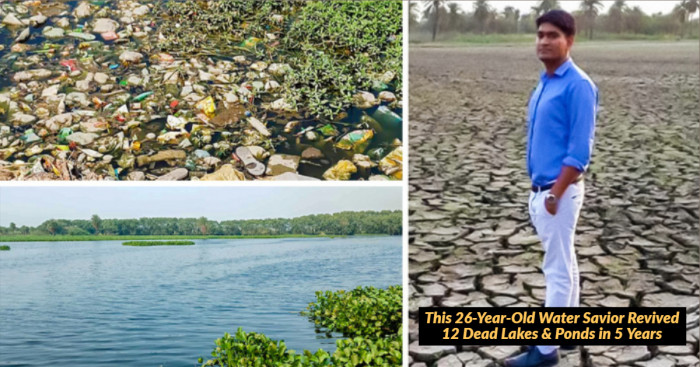 Since generations, we are studying that around 70% of the earth is covered in water, but only 2% of it is fresh. Well, that's not the only issue as the more complicating thing is, from that 2% freshwater, only 1.6% is contained in glaciers and polar ice caps. That indicates India finds itself unable to serve the vast majority of that populace with safe, clean water.

And, according to the records,  by 2020, 21 of India's cities will run be out of groundwater. Even now 163 million out of India’s population of 1.3 billion have no access to clean water. Shocking, right? Absolutely!

Well in this situation, when everyone is busy comforting themselves, a 26-year-old  man Ramveer Tanwar from India couldn’t stand neglecting this issue and also took a major action. He decided to revive dying lakes. No wonder, he is a real-life superhero who cares about water conservation. 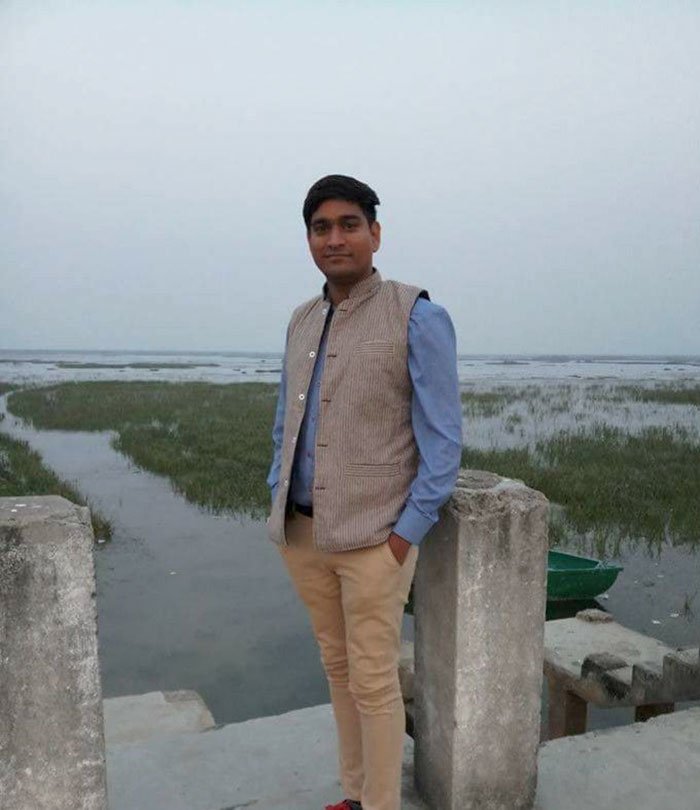 Ramveer Tanwar, who lives in Dadha village in Greater Noida, was affected by the situation of lakes. He noticed many water bodies of his area disappearing very often. The reason could be any anything, pollution or population behind these dried up lakes but neither the citizens nor the government has taken any action to prevent these conditions from occurring. However, Tanwar tried to tackle this issue as he understands the water scarcity problem very well.

Therefore, he began the rejuvenation and cleaning process of the lakes. Mr. Tanwar, who is also an engineer in an MNC by profession, has been reviving lakes and ponds since 2014.

In an interview with The Logical Indian, Ramveer told about his reasons to start the work and said,

“There are two cities in Gautam Buddha Nagar district in Uttar Pradesh – Noida and Greater Noida. There were more than 200 lakes in Noida and right now there are officially absolutely no lakes in the city. The situation in Greater Noida is slightly better as the lakes here have not gone obsolete but they are in extremely bad condition.”

What is He Doing? 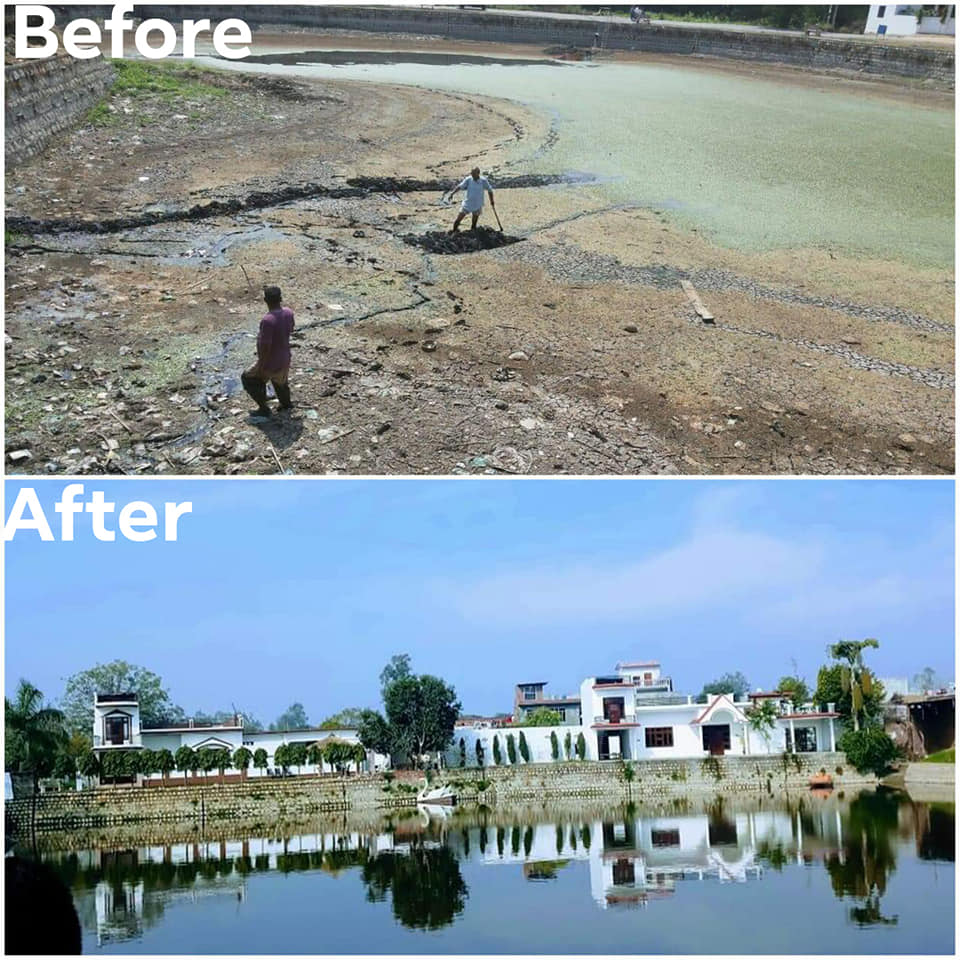 So, this condition of lakes which were later transformed into a dumping ground has inspired Ramveer to start the campaign.

“Last year in Dabra village, we tried reviving a lake by removing all its waste. Many of the villagers came ahead to help. Some of them worked with us, some offered us tools and equipment. We even contacted the forest department which provided us with plants to be planted around the lake. Right now, the trees we have planted there are flourishing.” 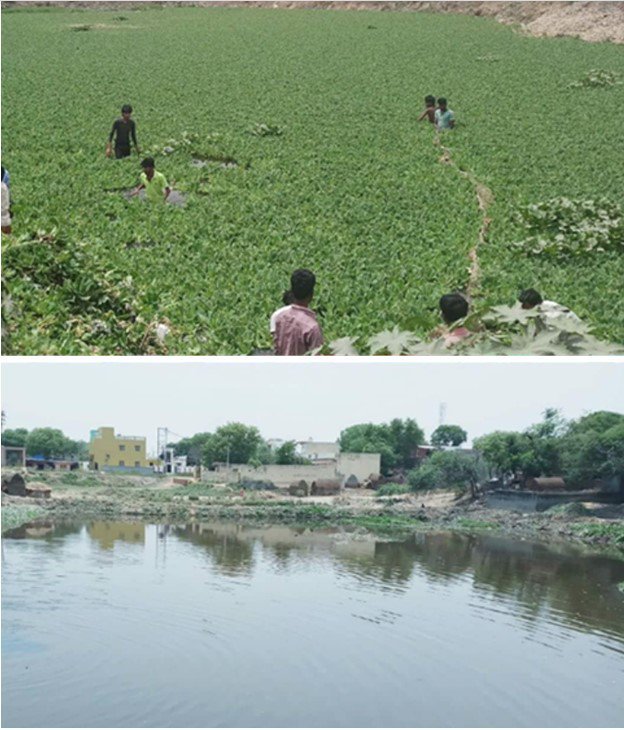 Ramveer also observed that the process of underground water recharging was getting hampered because of the huge amount of plastic dumped directly into these lakes.

“We then devised a simple double filtration system. So any water entering the lakes would have to pass through a mesh of wooden planks and then a mesh of grass.” 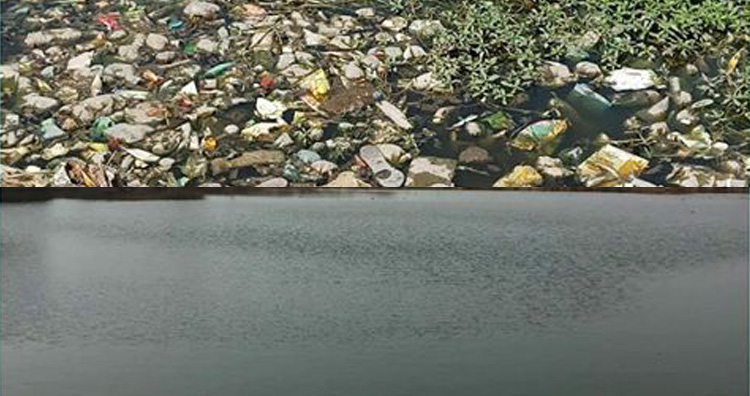 So, the mesh of wooden planks helped to stop larger objects like plastic bottles, and the subsequent mesh then separates the incoming water further. Well, it's not a too old thing because Ramveer has been able to revive three-four more lakes this year itself.

Further when he was asked that the job he has started is now done or he will continue it. For that, he said,

“We understand it is not a one time job. So, we have told the fishermen there that we will clean the lakes for them, but the responsibility of maintaining it would rest on their shoulders.”

How He Managed to Execute his Idea? 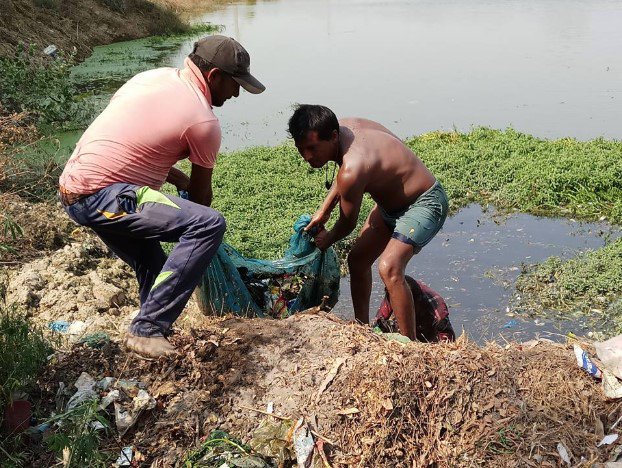 Mr. Tanwar states Vikrant Tongad as his inspiration. Mr. Tongad is a self-trained environmental conservationist who has been concerned about the condition of the environment since he was pursuing his graduation (B.Tech).

In this regard, Ramveer said,

“When I was young, my friends and I would play around in the ponds and lakes. But as time passed, all of these water bodies have vanished. The ones which have survived were observed to be in extremely bad condition. The quality and the level of groundwater has also gone down considerably.”

So, from his college days only, he started to give lessons to children from his village about dying water resources. Even they felt that they had to do something about it. Also, Ramveer directed the students to notify their parents about water issues and water conservation. Unfortunately, villagers refused to believe that they could ever run out of the water and this didn’t work.

Therefore he went from house to house to every villager to explain the effect of the depleting water resources.

Next, he asked the students to bring their parents together every Sunday at a special place called “Jal Choupal.” It is a gathering of villagers where he used to explain the importance of water condition to many of the others. He said,

“Due to lack of awareness, people in the village would waste water incessantly. They are doing this out of ignorance. Fining them for this is not a solution.”

He showed his real effort and gave them real-time instances and makes them take pledges. He further said that in a few time people themselves came to him regarding water issues.

“They themselves come up and tell how earlier they would get water just by digging five to ten feet, now they are forced to dig up to 150 feet.”

As the beginning of the process, Ramveer and his team which includes volunteers, his students, and their parents separated all the garbage from the ponds and also planted young trees around it. Further, they requested the administration to visit its glorious restoration. 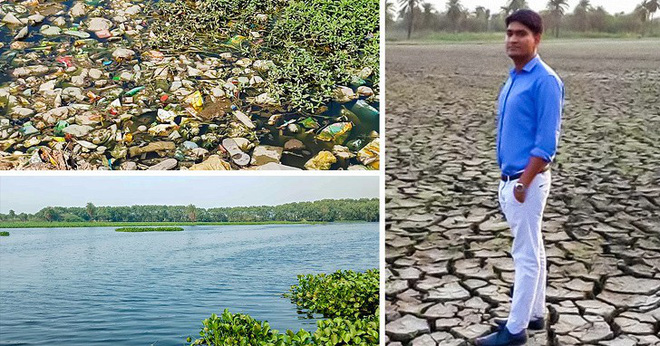 Soon after the interview, the news spread fast and shortly people from other districts and villages began to approach Ramveer to ask for help with the restoration of their local water bodies.

He also mentioned that what started from just one village, now covers about 50 villages. Also, other groups were made from the inspiration of the ‘Jal Choupal.’

“The Uttar Pradesh government has made groups called the “Bhujal Sena” (Groundwater army) in every district. I have been appointed as the coordinator of my district.”

In this way, Tanwa has done the cleaning of 12 ponds and lakes and also spread awareness to villagers to regain access to water supply.

For this great work, Mr. Tanwar has not only been praised in India but gaining attention from all over the world.

These were the reactions of the people over social media:

“He is Wonderful we need more heroes like him in the world.”

“This kind of Heroes should rule the Country not the corrupted & unqualified leaders.”

One other Joydeep Mitra wrote,

“You are an inspiration for many. Best Wishes for many more.”

“Brilliant and excellent service to the Humanity.”

Yet another user Shankar Shalin wrote,

“Thousands salutes to this guy for reviving water sources.”

All we can say is initiatives like these prove that there's still hope for our planet especially at this time when we are witnessing a major water crisis in the country.

Also, this is one inspiring example. No wonder all are amazed by the story of this Indian young man who has done a great job to help his village. Hence, if you find water bodies of your area in a deplorable state, then go ahead, start spreading awareness and do something for the environment.

Save Water, Save Future!

This Mother Fights Off Cougar, Says All Happened Over a 'Mom Instinct'