This Mother Fights Off Cougar, Says All Happened Over a 'Mom Instinct'

This fearless Canadian mother fought off a 'starving' cougar that pounced on her 7-year-old son in their home’s backyard. She fish-hooked the animal to pry its jaws open and also free the boy's arm during a horrifying attack. 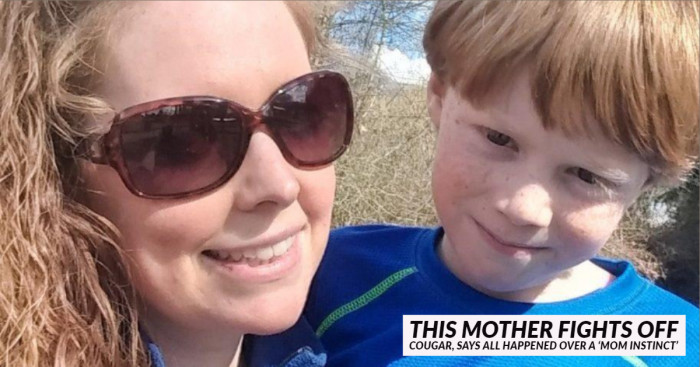 There is one famous quote we all know,

“God could not be everywhere, and therefore he created mothers.”

And, this Canadian lady proved it 100% right. Here we are talking about Chelsea Lockhart, a mother who fought off a cougar that mauled her 7-year-old son in their backyard and she also saved her son successfully.

It was on Friday afternoon when Chelsea was doing her household chores. There she heard the sound of her son Zachery scuffling with something outside their home located in Lake Cowichan, Vancouver Island. She said that the moment she heard the noise, she rushed to the backyard to look for the cause of the disturbance and found that he was fighting with a cougar for his life. 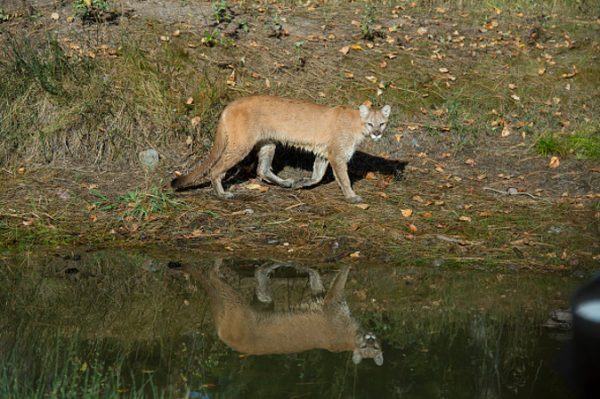 In an interview with CTV on Tuesday, Chelsea said,

“I could hear his voice, I could hear struggling, so I ran down the stairs and ran to his voice and turned the corner, and I see this animal on my child,”

“I ran downstairs and I ran toward his voice. I turned the corner and saw this animal on my child.
He was on the ground and the cougar was attached to his arm. I had a mom instinct, right? I just leaped on it and I tried to pry its mouth open.” 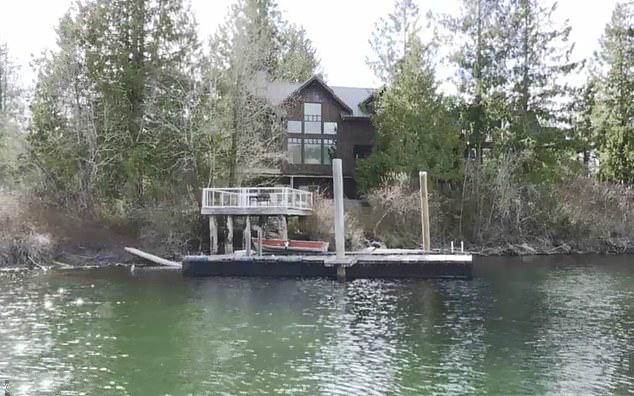 The cougar had begun running toward Zachary when he had ventured to the waterfront area of the family's home in Lake Cowichan.

She further mentioned that there is a fence on the property which surely gave her son some time to run, but still, the mountain lion succeeded to get through the barrier plus jumped on him.

“I looked at him and I just thought, 'Oh my god, my kid could die right before my eyes.' All you think is, 'What can you do? What can you do in your own physical strength?
I’m so grateful for him to be alive.”

She further said that Zachery survived the attack with only a gash on his head and a few injuries cut his neck and arms is no less than a  miracle.

Lockhart added she doesn't know that from where she gained the strength, but she managed to pry the animal off by fish-hooking him by the mouth.

“I knew that in my own power and in my own strength I wasn't going to be able to pry its mouth open, so I started praying in tongues. I'm just crying out to the Lord.
Three sentences into me praying, it released and it ran away.”

After the incident, Zachery was sent to his grandma's house and also is expected to make a full recovery, according to his mother.

“We are definitely well on our way to recovery and Zach is resting at his grandma's house, having some one-on-one time there.
His stitches are healing; he is well on his way to being fully recovered.”

Further Chelsea and Kevin Bromley, Chelsea's husband stated that they both are putting efforts to be sure that this attack doesn't impact their son ' traumatically or mentally.’

Also, she mentioned that she has no plans to force her children to stay inside; instead they have plans to set up a live trap and camera in the backyard.

“If the kids see us as parents being apprehensive and being fearful, then they can imitate that behavior.”

“So I'm just constantly reassuring them that the conservation officers dealt with the Cougars.”

Later she said that they are also talking to their children about the normal cougar behavior and how this is a very unusual incident.

“We're so grateful that Zach is going to be okay and that he's alive.
I like to say I'm doing okay because the circumstances could've been a lot worse, and we've got our baby boy.”

The couple also has a daughter who spotted a second cougar nearby shortly after the attack.

The officials with the British Columbia Conservation Officer Service asserted that about 20 yards away from the family's home, they have found two juvenile male cougars after the attack. According to the service, they were both looking for food as hungry animals. 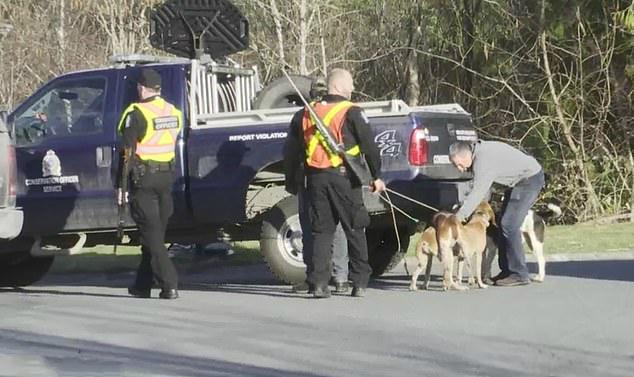 One of the sergeants with British Columbia Conservation Officer Service, Scott Norris, stated that the animals were euthanized after the attack.

“The mom looked out from her deck and saw the cougar on top of him, and sprang into action.
She grabbed the cougar and yanked it off her child.”

Further, he said that over the past few years, Vancouver Island had several cougar attacks, but "it’s a rare occurrence."

From the necropsy of the animals, it has been revealed the lions were likely starving at the time of the attack. Also, the reports say that the cougar had been separated from their mother for many months.

The Conservation Officer in service further stated that children often panicked when they spot cougars around and start making noises and movements out of fear, so this action generally provokes the attack.

The officer suggests adults that immediately pick up your children if a cougar is nearby and never show the cougars your back.

“Make yourself look as large as possible and keep the cougar in front of you at all times. Never run or turn your back on a cougar.
Attack the animal's face and eyes with anything as a weapon, if cougar attacks. Since you are trying to convince the cougar that you are a threat, and are not prey.”

Hats-Off to this Mother & all the Mothers Out There!

This Kind Hairdresser Transforms Homeless People for a Good Cause