She was only 17 years old when she survived a plane crash and stayed for nine days in the Amazon Jungle. Do you know who she is? Juliane Koepcke. 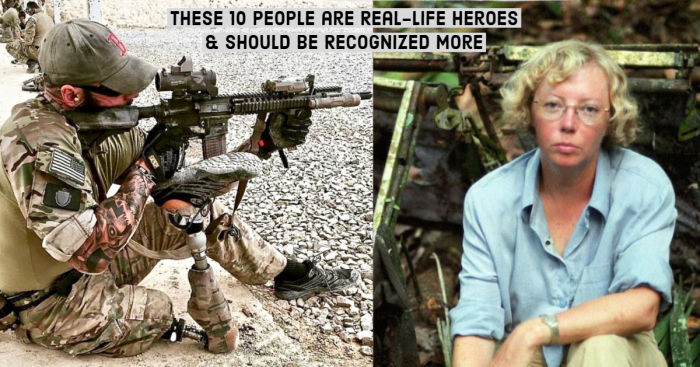 What would be your answer, if someone asks you, who is a real-life hero for you? You might answer a person who is full of strength, selflessness, capable of handling problems, kind, and ambitious. True! A hero is someone who motivates and encourages you to perform better and makes you a good human being.

Whenever you watch a movie, you see a hero fighting with the villain to win her girl and sometimes to make the world a better place to live. But in reality, a real hero is much more than the characters you see in the movies.

Today, we have listed several fantastic people from around the world who deserve to be part of a superhero movie. Some of them are known for their bravery, self-sacrifice, and resilience.

1. Dr. Jonny Kim is an Astronaut, A Doctor, and US Navy Lieutenant 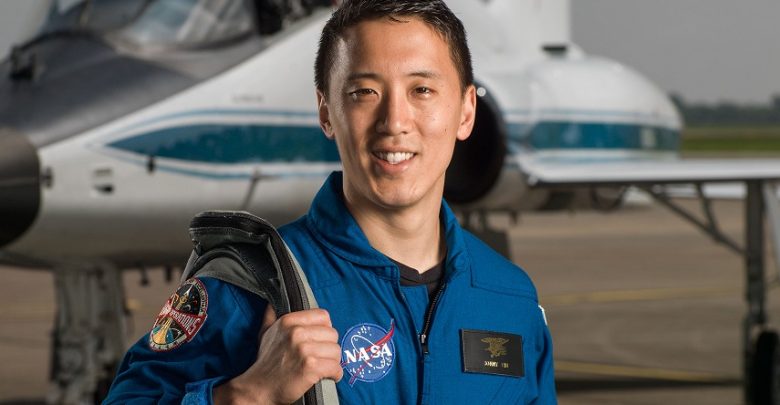 Do you know Jonny Kim, at 35, accomplished his top 3 childhood dreams? He became a doctor, an astronaut, and also a United States Navy Reserve lieutenant.

Raised in LA, Dr. Jonny Kim joined the Navy after high school and then became an operator with SEAL team three during 2002-2009. After getting his degree in Doctor of Medicine from Harvard Medical School, he was accepted into NASA Astronaut group 22 in 2017. He would complete his training by August 2019.

Can you believe he is 35 and is a master of ALL? I wish I could have this much confidence in myself.

2. Ross Edgley is the First Person to Swim around the Island of Great Britain 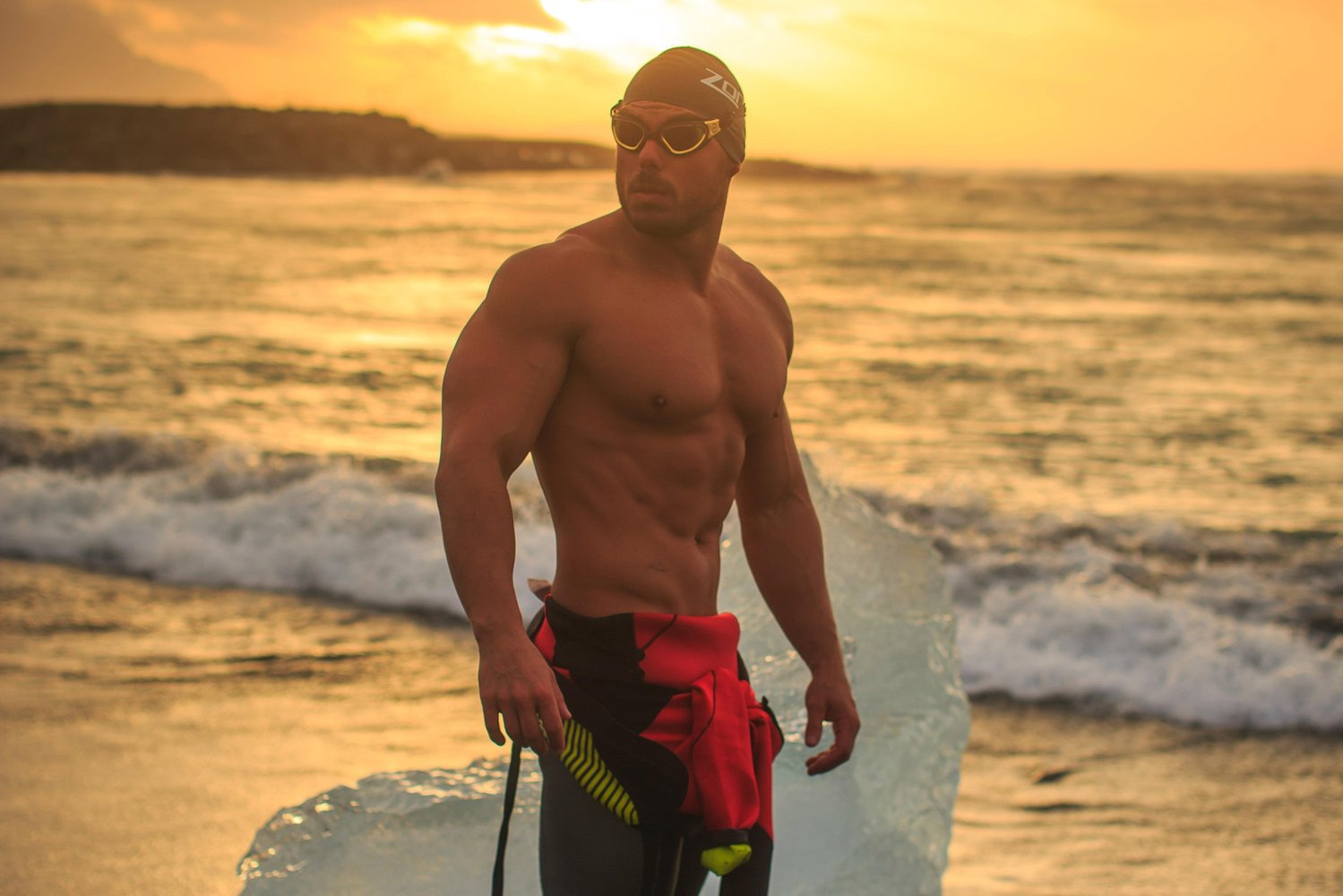 Born on 13 October 1985, Ross Edgley is an author, but best known as the first person to swim around the Island of Great Britain. His journey was documented as ‘Ross Edgley’s Great British Swim’ and was produced by Red Bull.

After 157 days and crossing 2000 miles, the World Open Water Swimming Association declared him as the World Swim of the Year 2018. Since then, he is recognized as ‘The World’s Longest Staged Sea Swim.’

How many miles can you swim? Don’t you think he should be approached as a lead in an upcoming superhero film?

3. 18-Year-Old Alyssa Carson is Being Trained to Become an Astronaut 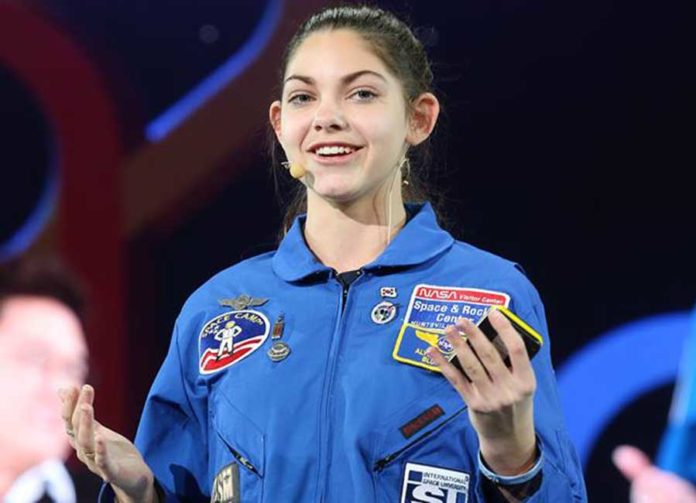 Yes, you read it right. Alyssa is only 18-years-old and is being trained to become an astronaut. Since she was three years old, Alyssa dreamt of becoming an astronaut.

In 2013, she became the first person to complete the NASA Passport program. She has been featured in several magazines and TV shows.

When I was three, I was busy with my toys and dreaming of a new toy car. That’s it. Do you remember what your dream was when you were a kid?

Born on 27 December 1936, James Christopher Harrison is best recognized as the Man with the Golden Arm. He is a blood plasma donor whose unusual plasma composition is used to make a treatment for a severe disease like Rhesus.

Do you know James has donated nearly 1000 times throughout his life and saved over 2.5 million unborn babies from the condition? 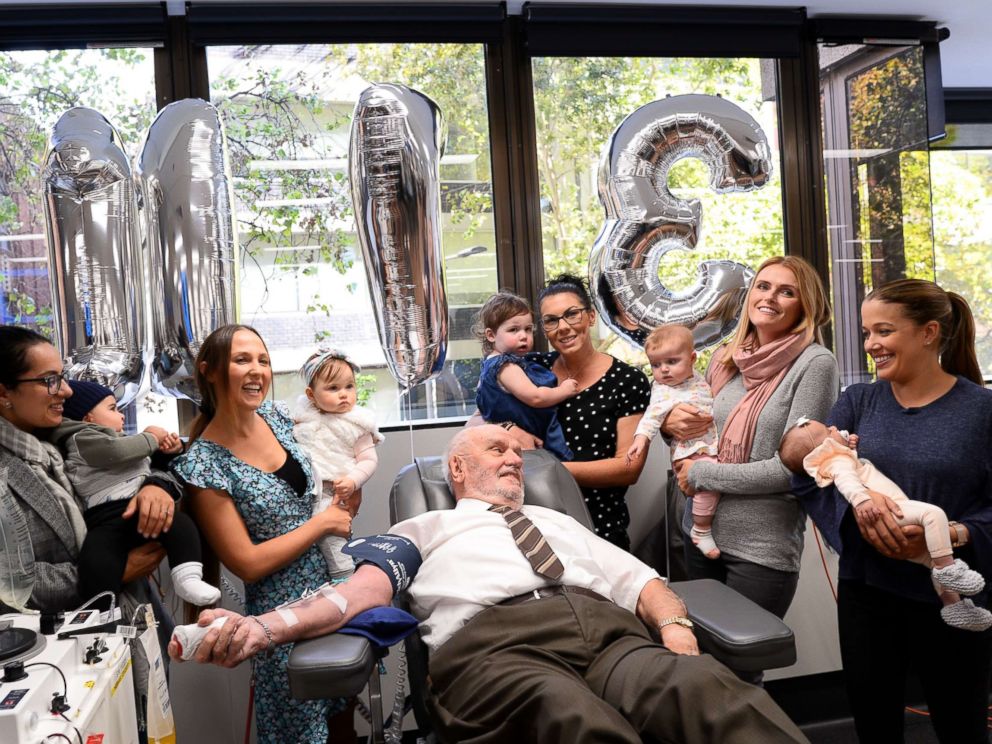 When he was 14, he underwent chest surgery that required 13-14 liters of blood. After realizing that the blood saved his life, he decided to start donating blood as he will turn 18. Today, he is 82 years old and continues to save the lives of unborn.

Truly, this man deserves to be a star in a superhero movie.

5. Jarrett Adams was Wrongly Put in Jail for 10 Years – He is Now a Lawyer 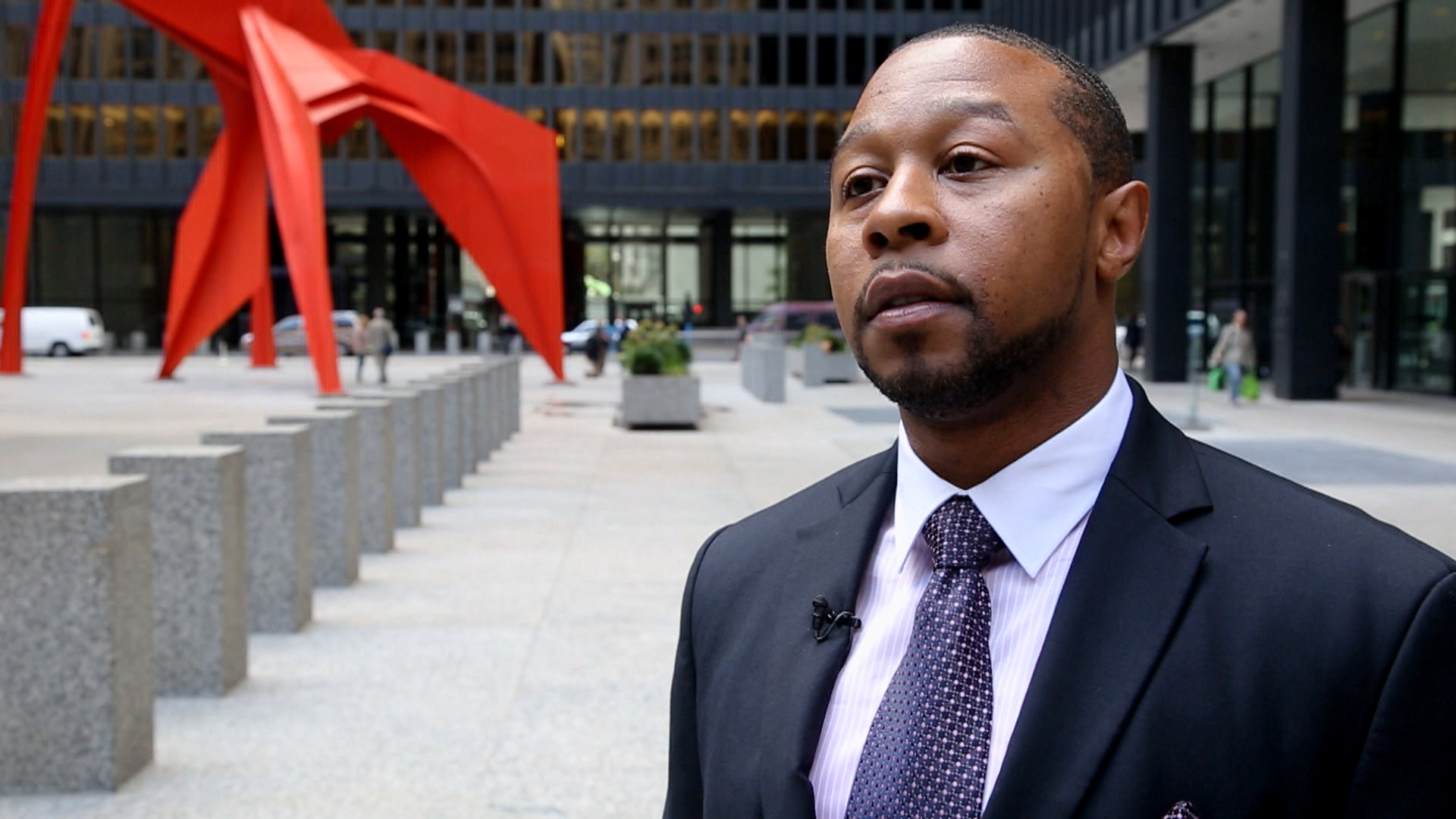 What do you think- can a person be put in jail for false accusations? Maybe Yes or No.

This is the case of Jarrett M. Adams, who was wrongly convicted of sexual assault and was imprisoned for ten years. He used the prison library to read law books. Jarrett was only 17 years old when a woman said she was raped and he was charged with a group sexual assault.

After serving ten years, he was exonerated with the assistance of the Wisconsin Innocence Project. He earned a Juris Doctorate from Loyola University Chicago School of Law.

You would be surprised to know that he became a lawyer and now rescues other wrongly convicted people. I think it is like a film story.

6. Juliane Koepcke - The Sole Survivor of a Plane Crash

Born in 1954, Juliane Koepcke is a German Peruvian mammalogist. She is the only survivor of the LANSA Flight 508 plane crash and survived for 11 days in the Amazon rainforest.

Juliane was traveling with her mother to the eastern city of Pucallpa to meet her father, who worked in the Amazon forest. The flight was an hour-long. Suddenly, the clouds grew darker, and turbulence got worst. The plane crashed and broke into pieces. Juliane fell 10,000 feet down in the Peruvian forest and broke a collarbone. Surprisingly, she was alive and spent the next few days struggling to stay alive. See how humans survive in the Amazon forest.

Just like Juliane, Poon Lim was the only survivor of the German's Torpedo attack. He survived 133 days alone on a raft in the South Atlantic Ocean.

Don’t you think she is a real-life hero? I guess the story of this only surviving soul should be shared on national television to inspire people not to quit even when there is no hope.

7. Nicholas Lavery – A Man Full of Courage and Selflessness 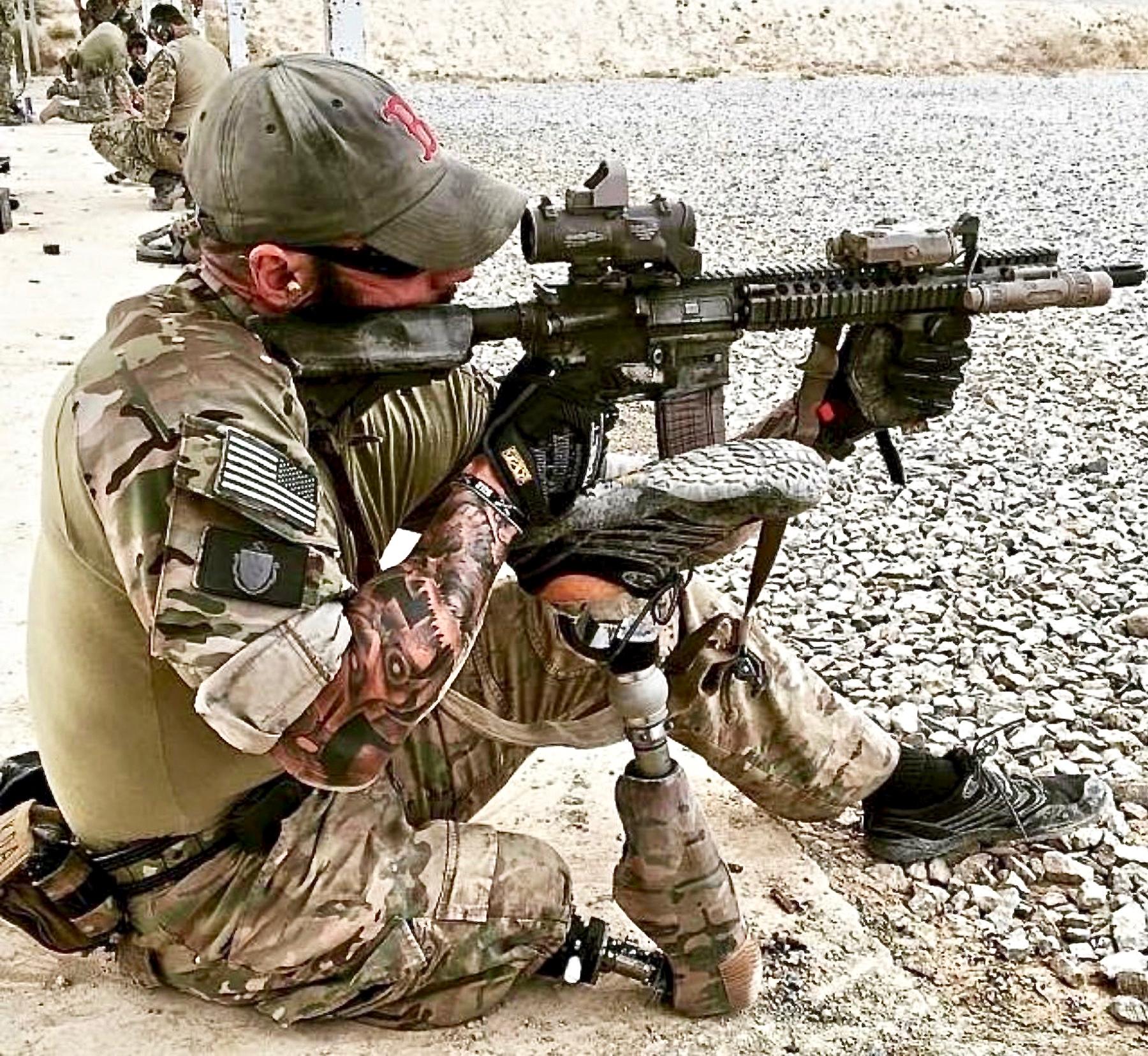 Nicholas Lavery has a silver star, a bronze star and a bronze star with the valor of heroism in combat. After losing a leg during a firefight in Afghanistan, Nicholas refused to be medically discharged. He now trains future Green Berets as a combat instructor at Fort Bragg.

After completing college, he joined the Army Special Forces. His first injury happened during a fight when he took shrapnel to the shoulder from a rocket-propelled grenade. The second time, he got hit by the bullet when enemies were firing at the truck.

Unfortunately, captain Nieman from his team lost the lower half of the right leg, but he gives credits Nick for saving his life. In another fight, he was also shot in the legs a few times, and his femoral artery was severed.

“I would be on the next plane out. Someone has to do the job, and I take enormous pride in it.”

Do you know Chef Andre Rush is cooking at the White House since 1997? He has served 3 Presidents, the Clintons, the Bushes, the Obamas, and now the Trumps. But, he is best known for his 24-inch biceps.

His dishes only not go viral, but his daily workout and routine are also popular among millions of people. The secret to his physique is bicep curls, over 2000 pushups, muscle-building protein, and dedicated workout schedule. He joined the army at 21 and cooked for military brass, before becoming a chef at the White House Kitchen.

“I try to lead by example, I let them (kids) know about healthy cooking and healthy lifestyles. I’m passionate about what I believe in." 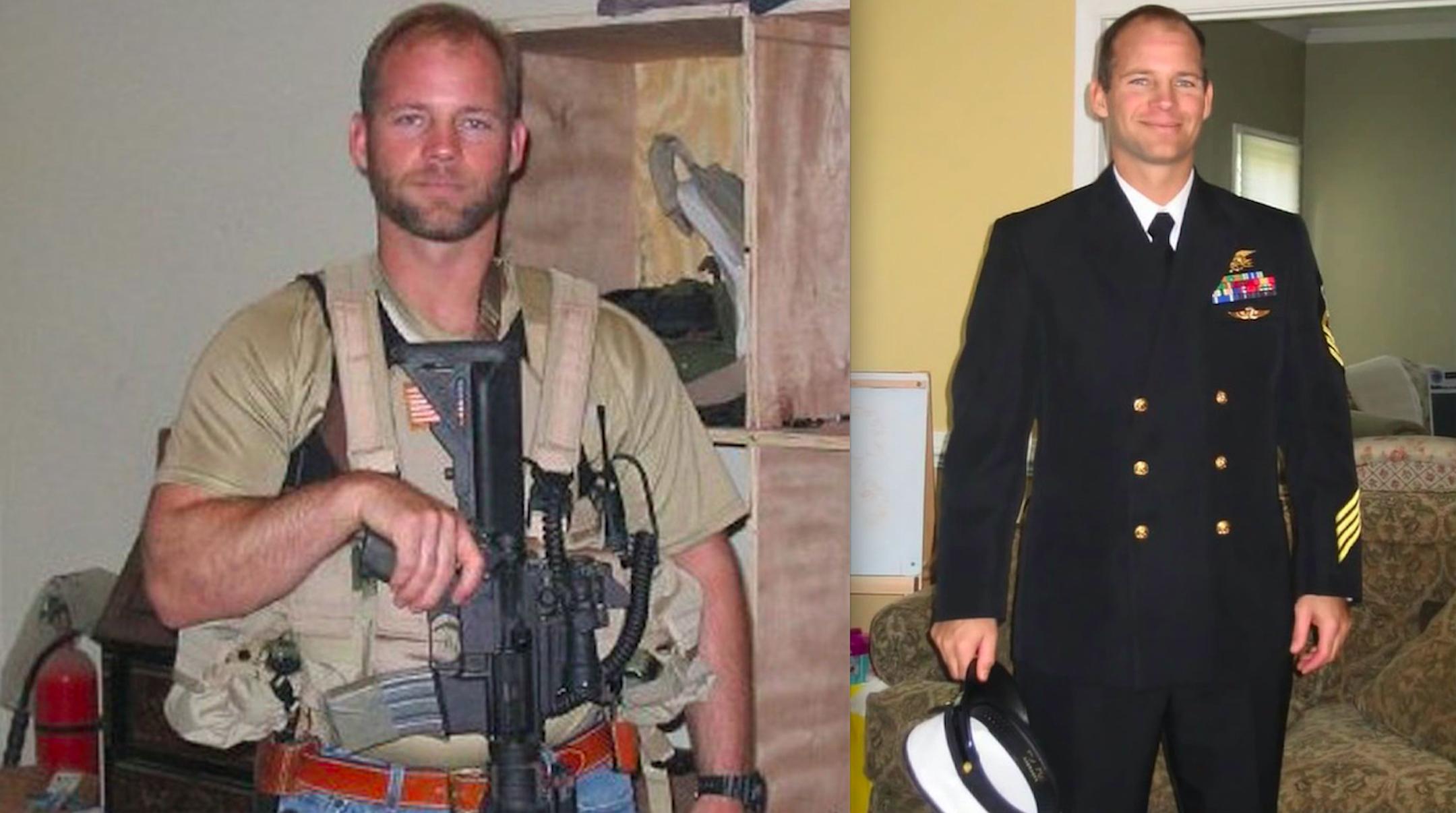 On his final mission as a Navy SEAL, Mike Day was shot 27 times at a close range and suffered a grenade blast. Even after being wounded, he managed to secure two prisoners, rescue 7-8 women, and children.

Today, Mike Day is an expert at intelligence-gathering including open and closed water SCUBA, static line parachute, small arms, breaching and tactical operations. He has been awarded two bronze stars, a purple heart, and one with valor.

10. This Woman Saved 40 Kids from a Burning School Bus

Wow! She is a real hero. It feels contented, happy, and emotional at the same time when you help others. The student’s parents are grateful to her.

Have you ever saved someone’s life? It doesn’t matter if you have saved an animal or a blind person crossing the road. Helping others can change the whole world for one person. Check more stories of people who proved humanity is still alive.

Even if these real-life superheroes are not approached for the movie, I think a magazine or a TV series should be produced on their life story and struggle. Not superwoman or superman from movies, but these real-life people have superpowers in reality.

Which of these real-life heroes inspired and motivated you the most? Do you know anyone strong as them and encouraged you to do better in life? If so, drop your comments below. I would love to share his/her story.

A Rare Skin Condition or an Attack by a Brown Bear – What’s the Truth?