Here is the list of a few famous people who have achieved a lot in a short time. They are idols and inspiration to many. Jamee Lee Curtis, Tony Bennett, and others are on the list. 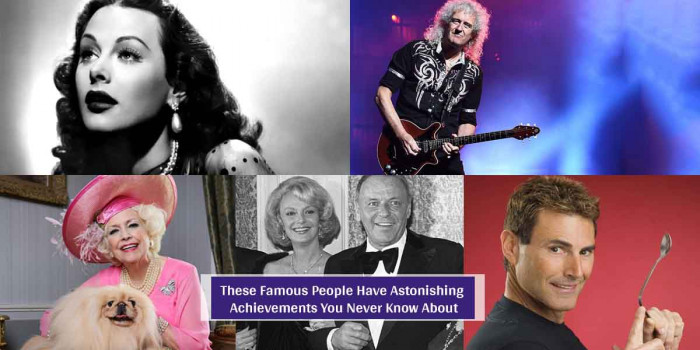 There comes a moment when you feel down and question yourself about what is happening in your life. This is understandable when you see the media putting everything in public. But sometimes reading extraordinary things done by ordinary people excites our minds and inspires us to do a lot more.

Here are a few famous people with astonishing achievements that you might not know. 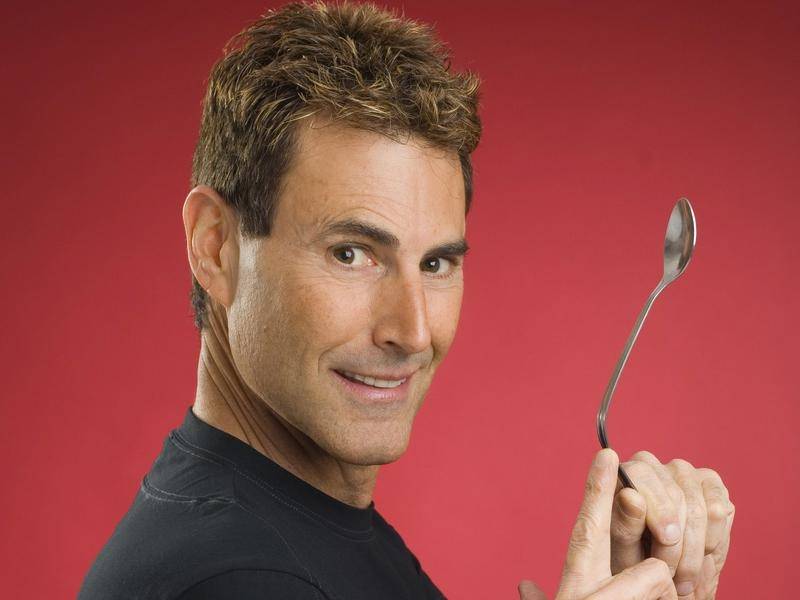 Uri Geller is a famous Israeli-British magician, television personality, and illusionist. You must have seen him using his mind power in bending the spoons live on TV. He is a phenomenal entertainer and has inspired several individuals. He used conjuring tricks to simulate the effects of telepathy.

In 2015, he was invited by the International Federation of Magical Societies to deliver a motivational speech to magicians at FISM Italy. Apart from a magician, do you know he is also the inventor of a radiation shield? 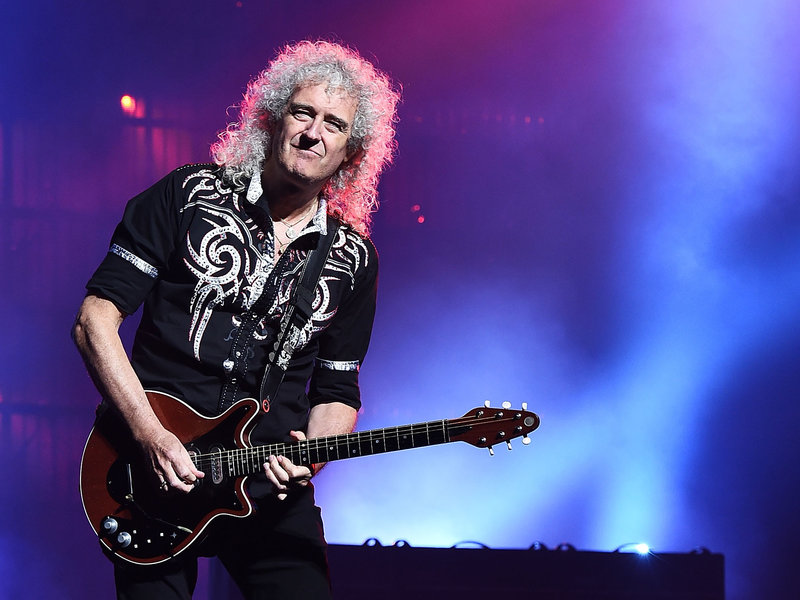 You might know Brian May as the lead guitarist and songwriter for the rock band Queen. But do you know when he joined the band in 1971, he was studying astrophysics and was working on a thesis on zodiacal dust? His famous songs include I Want It All, Save Me, The Show Must Go On, and more.

While he was studying astrophysics, he studied the light reflection and velocity of interplanetary dust in the solar system. He was also a chancellor of Liverpool John Moores University from 2008 to 2013. He completed his Ph.D. in 2008.

May continued music and scientific activities. He was a science team collaborator with NASA’s New Horizons Pluto Mission and was the co-founder of the awareness campaign Asteroid Day. 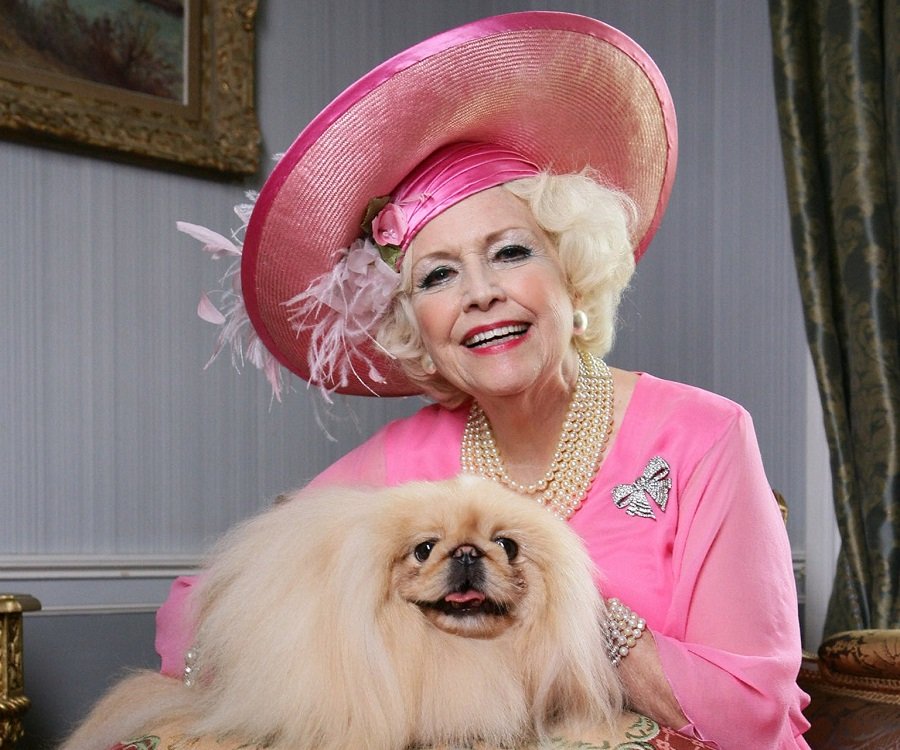 Barbara Cartland was a famous English novelist and one of the best-selling authors of the 20th century. She holds Guinness World Records for most novels, getting published in the year 1976. Also, her 723 novels were translated into 38 languages. Her novels highlighted portrait-art style artwork. She has sold over 750 million books in 38 languages.

Besides this, she also contributed to early aviation that helped Britain to fight the Nazis during WWII’s Normandy campaign. She was a daredevil glider pilot. Together with two air force pilots, she built a glider. She made a 200mi towed flight in 1931. It was in 1984 when she was awarded the Bishop Wright Air Industry Award. 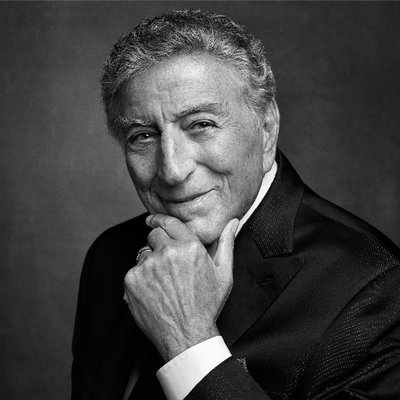 Anthony Dominick Benedetto, or better known as Tony Bennett, is a singer of big band, jazz, and traditional pop standards. One day when Bob Hope heard him in a nightclub, he invited him to share a stage with him for a performance at New York’s Paramount Theater. Tony has won 19 Grammy Awards, two Emmy Awards, and has sold 50million records worldwide.

He was not famous only for his music but also for his painting. Right from childhood, he was interested in painting and continued creating unique art pieces. He exhibited his work in several galleries and was also chosen as the official artist for the 2001 Kentucky Derby.

His popular painting Homage to Hockney is permanently kept at the Butler Institute of American Art in Youngstown, Ohio. His watercolor pieces include a work commissioned for the 50th anniversary of the United Nations. Did you know about Tony’s astonishing achievement? 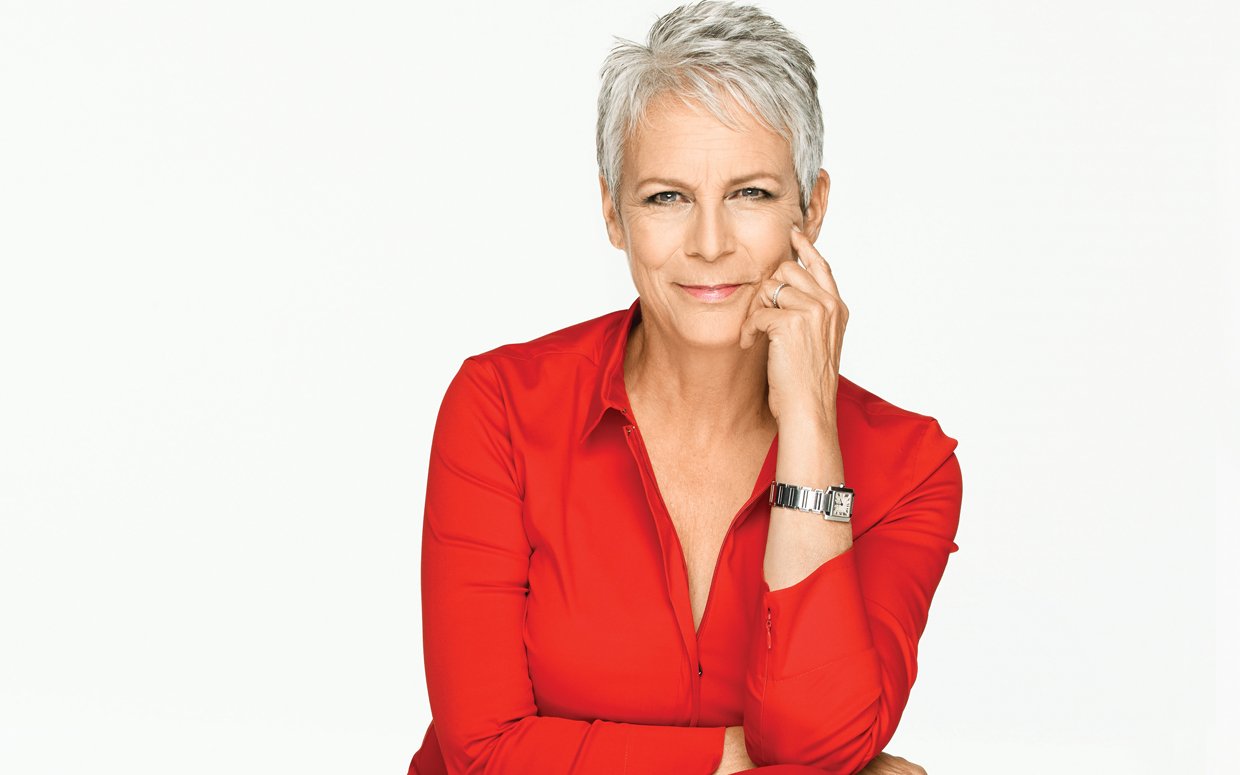 Jamie Lee Curtis is a popular author, American actress, and activist. She appeared in several films, including Terror Train, Prom Night, and more.

She has received several awards, including BAFTA, Golden Globe, Saturn Award, American Comedy Award, and more. She has written several children’s books, including Today I Feel Silly, and Other Moods That Make My Day, making her the New York Times’ best-seller list.

Despite her busy schedule, she found time to invent baby diapers. She patented baby diapers during the 1980s and aimed at improving the traditional disposable diaper design.

The nappy she created incorporated the disposable diaper and a pocket that contained disposable wipes that could be used at the same time. She refused to license the products to be sold in the market until the companies began producing environment-friendly products. 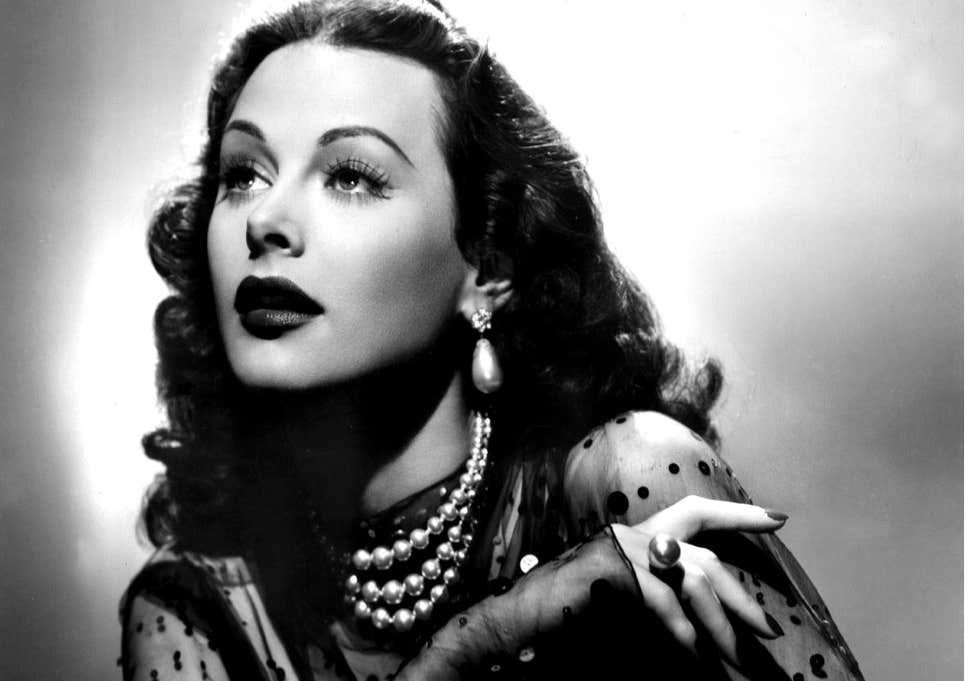 Born as Hedwig Eva Maria Kiesler, Hedy Lamarr was an Austrian-born popular American film actress. She was once considered the most beautiful woman in the world.

At the beginning of World War II, Hedy Lamarr, along with George Antheil, worked on a radio guidance system for Allied torpedoes. They used the frequency-hopping spread spectrum to defeat the threat of jamming by the Axis powers.

The spread spectrum techniques are used in Bluetooth and legacy versions of Wi-Fi. Their frequency hopping device was used during the war to prevent forces from jamming radio-guided torpedoes.

Initially, the US Navy didn't use the technology, but they later used it in the Cold War. She didn’t take training anywhere and spent her spare time working on her hobbies and inventions. 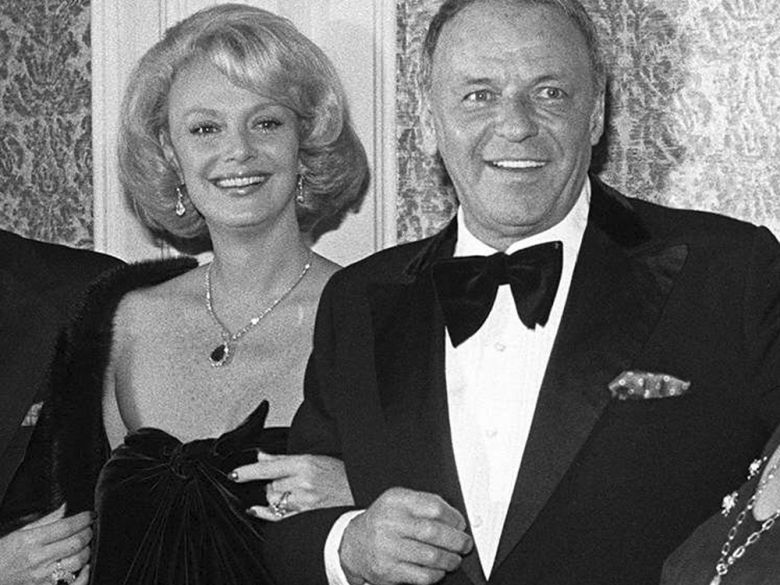 Herbert Manfred "Zeppo" Marx was the comedian, engineer, and an American actor. While on-stage, he was a comedian, in real life, his passion was to invent things. It was in 1969 when he became a part of a team that patented a cardiac pulse rate monitor.

The pulse rate monitor was worn on the wrist. The device would vibrate when someone’s heart rate exceeded a level. He also invented the Marman clamp, which is used in several aeronautical applications. 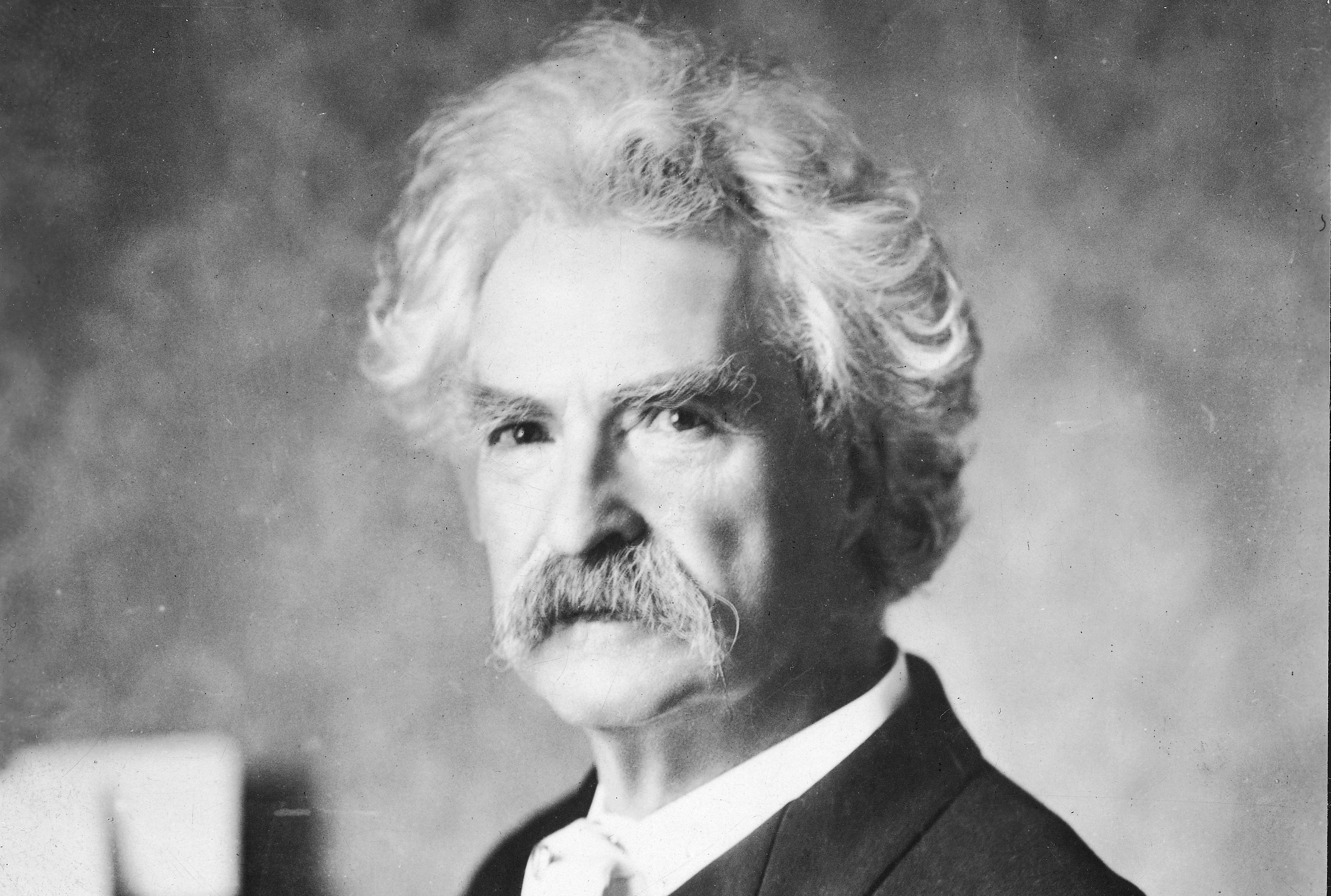 Samuel Langhorne Clemens, or popularly known as Mark Twain, was a humorist, lecturer, writer, and publisher. He has been referred to as the father of American literature. His popular novels include The Adventures of Huckleberry Finn, The Adventures of Tom Sawyer, and more. He didn’t go to school for long and educated himself by life experiences and by reading at the library. His practical skills patent several inventions.

One of his inventions was the bra strap, which is still used today. It was in 1871 when his Improvement in Attachable and Detachable Straps for Garments was patented. It was created to replace suspenders. He also patented a self-pasting scrapbook.

Mark Twain was a successful writer but a bad businessman. He invested money in several businesses but went bankrupt. In 1891, he closed his 25 room Hartford home and relocated with his family to Europe to live cheaply. Mark Twain is one of the celebs whose death premonition turned out to be true. 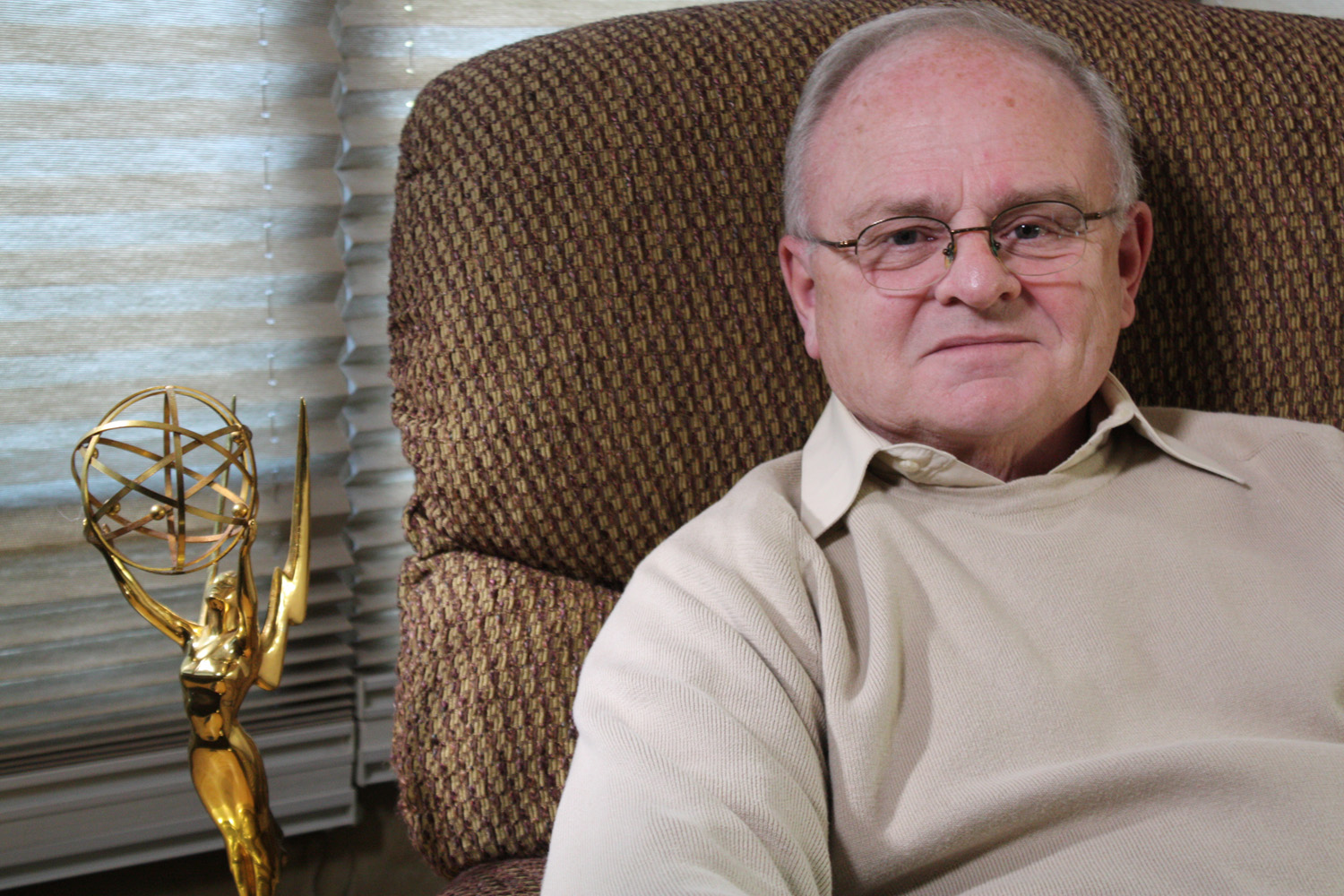 Gary Rich Burghoff is best known for originating the role of Charlie Brown in 1967 Off-Broadway musical You’re a Good Man. He became a drummer and gained experience of acting with the Belfry players of Williams Bay, Wisconsin. He is a self-taught wildlife painter who is also qualified to handle injured wildlife in California.

Gary Burghoff patented a fishing rod and for the fishing device (chum magic) that draws fish towards the boat. Chum magic dispenses chum while attracting fish with lights and simulated seaweed. Furthermore, he also patented a toilet-seat lifting device.

10. Johnny Cash - Military Code Operator at the US Air Force 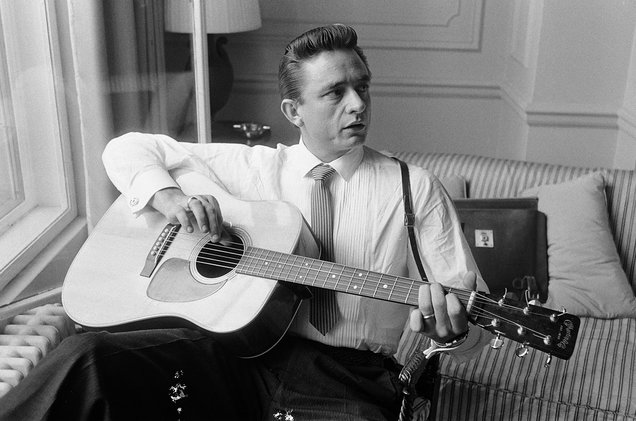 Johnny Cash was one of the best music artists. He was an actor, author, and songwriter.

He was known for his calm bass-baritone voice. He wrote sketches as a child and stories as a teenager.

He enlisted in the United States Air Force in 1950. After basic training at Lackland Air Force Base and technical training, he was assigned to the 12th Radio Squadron Mobile of the US Air Force Security Service in Germany.

As a military code operator, Johnny Cash was not only highly skilled in Morse Code, but also fluent in Russian. Furthermore, he was the first American to learn that Soviet Premier Joseph Stalin was dead. If you are a fan of Johnny Cash, then you must visit his historic home that showed the journey of his struggle.

While these famous people were known for their abilities, they have also contributed a lot to society. So, do not doubt your ability, but make sure that you try something that could make a difference in the world.

Do you know other famous personalities who have achieved a lot and have inspired people? If so, share their names and achievements.