10 Facts About Marine Corps That You Should Know

Marine corps has always remained a special force for the US Army. They have stood in and out in any condition and has brought laurels for the country. The United Nation is proud of them. 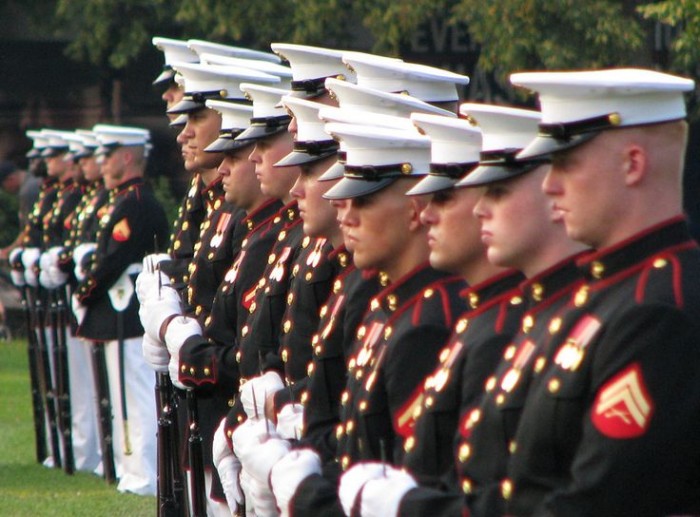 Marines are the world's most effective military forces which contribute to the United States of America. They are said to be the most powerful military in the nation. Marines were founded by forefathers 300 years back. They will remain the symbol of a great nation forever. America is proud of its Marine armed force.

Here’s a list of some facts about Marine corps which you should know are:

1) Marines Were Formed Before USA's Independence Two battalions of Marine corps were approved by the continental congress on 10th November 1775. To fight for the independence in the sea and on the shore. This day was thus, marked at the official formation of the ‘Continental Marines’. They are now known as Marine corps. They were formed before the independence of America.

2) The Corpse Were Born In Pub 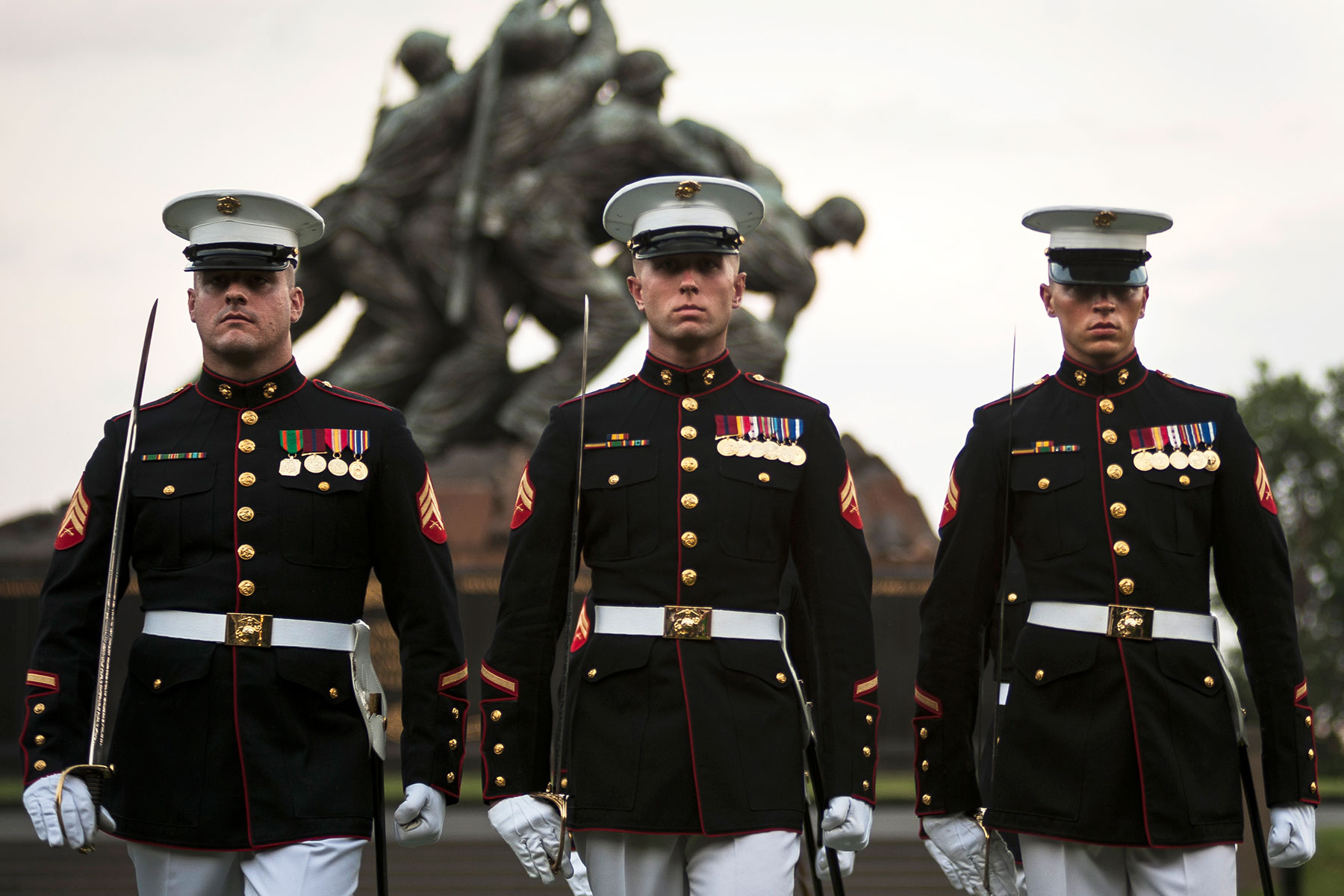 Marine corps were formed in the bar. Newly commissioned captain Samuel Nicholas and Robert Mullen organized a corps muster at the Tun Tavern in Philadelphia. The officers promised with the beer mugs to the potential mariners for the adventure on the high sea. A large number of Marines who fought in the Battles were mostly recruited in the Tun Tavern. 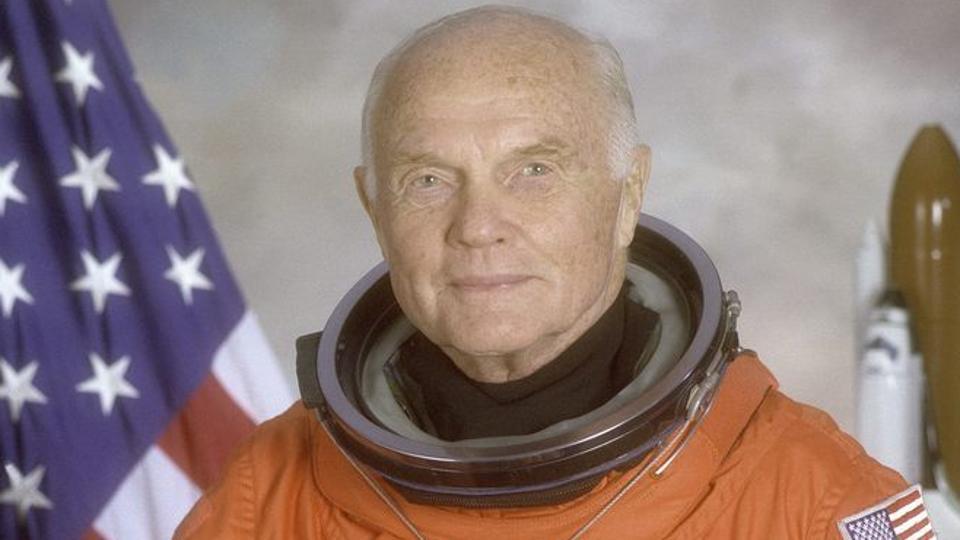 A Marine named John Glenn orbited around the Earth in 1962. He aboard the NASA’s Mercury Capsule Friendship 7. Later on, he broke his own record by orbiting the Earth twice more. During the revolution mission, he was traveling at the speed greater than the 17,000 miles per hour. 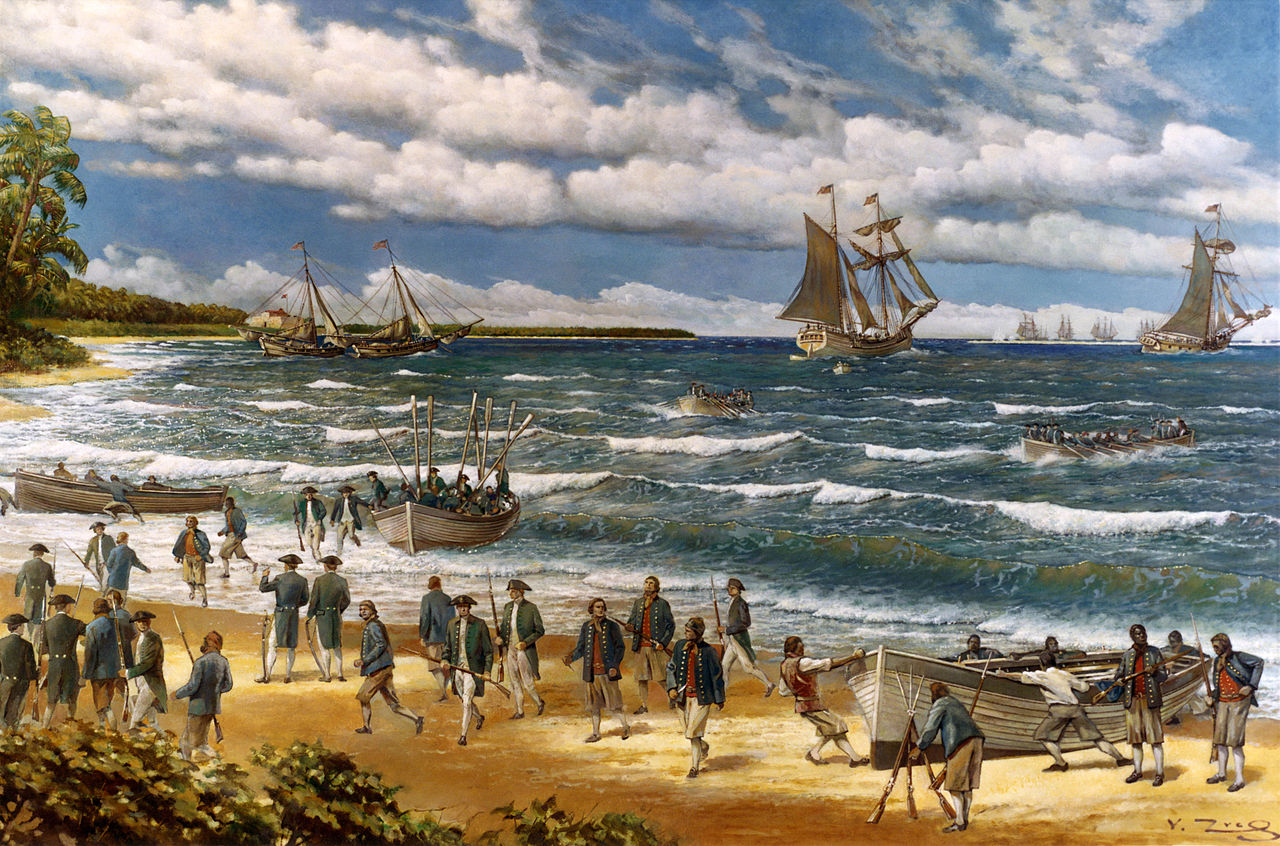 Near about 220 marine corps journeyed from the Caribbean sea with a military army in search of the military supplies. On reaching the seashore they captured Nassau town and two of its forts. On the other hand, British governor managed to ship 150 barrels of gunpowder out of the town before the arrivals of the Marines. But they were successful in seizing several brass cannons and mortars from there.

5) Marine’s Use The Oldest Weapon Till Today 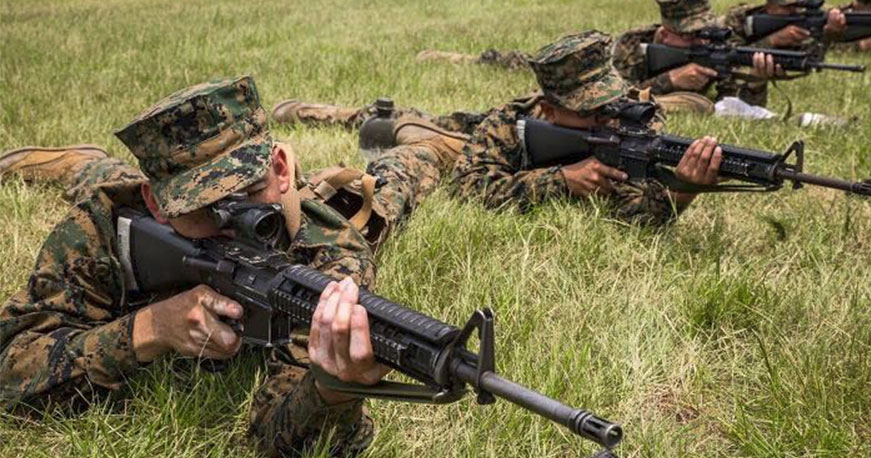 In 1805, Thomas Jefferson sends the troops of marines to the North Africa’s desert to remove the Tripoli of Pirates from the shore in order to rescue the captive crew of Philadelphia. After the successful victory of the battle, the leader of the army was awarded the Mameluke Sword. It is one of the oldest active weapons in service. 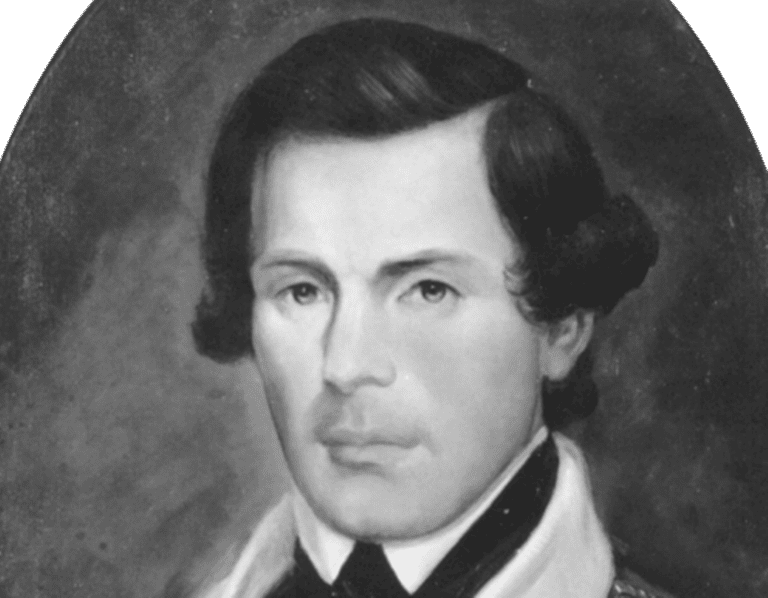 The very first officer of the Continental Marine was named Samuel Nicholas. He was born into the well and thus was named as the Fighting Quaker of the Philadelphia. He played an important role in the formation of the Marine corps.

7) They are known as Leathernecks, Jarheads And Devil Dogs. 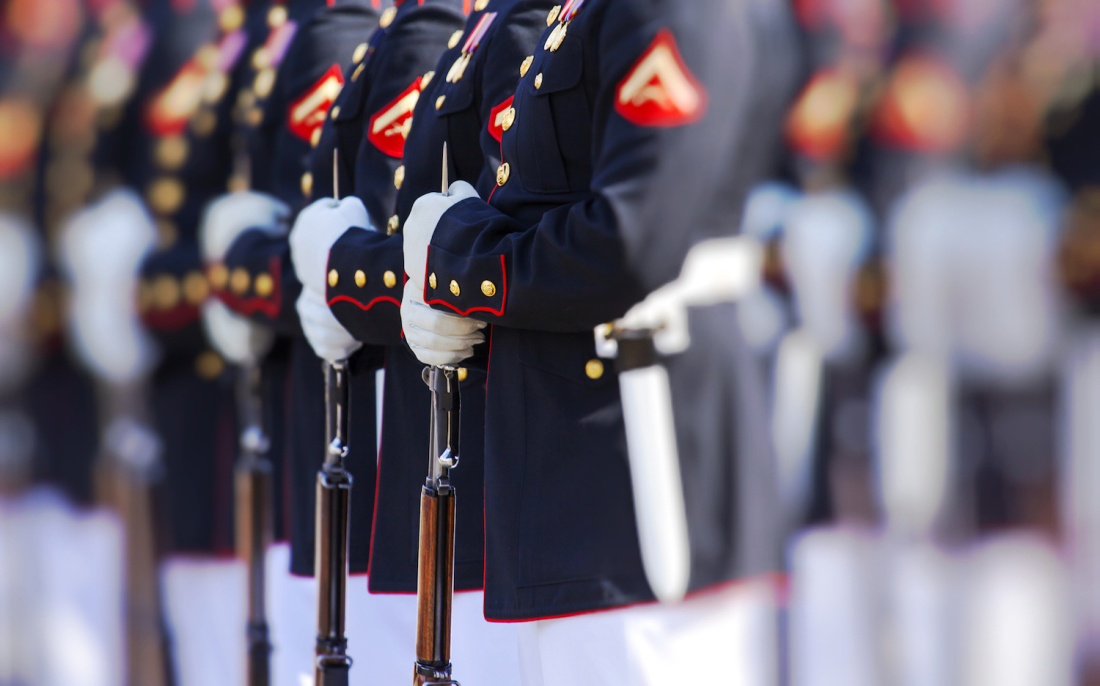 Marines were known as Leathernecks, jarheads and devil dogs.

Leathernecks literally refer to the stiff collar of the Marines. Their dress was designed in such a way so as to protect their neck from the bayonet and sword attacks. Marines stiff collar made them look as if a head is stuck out of the jar. Thus they were named as Jarhead. Against all the odds Marines were successful in driving the Germans back to their land and the officials of German’s were amused to see Marine’s endurance and they called them as Devil Dogs.

8) The Marine Hymn Refer To The Battle Of Chapultepec 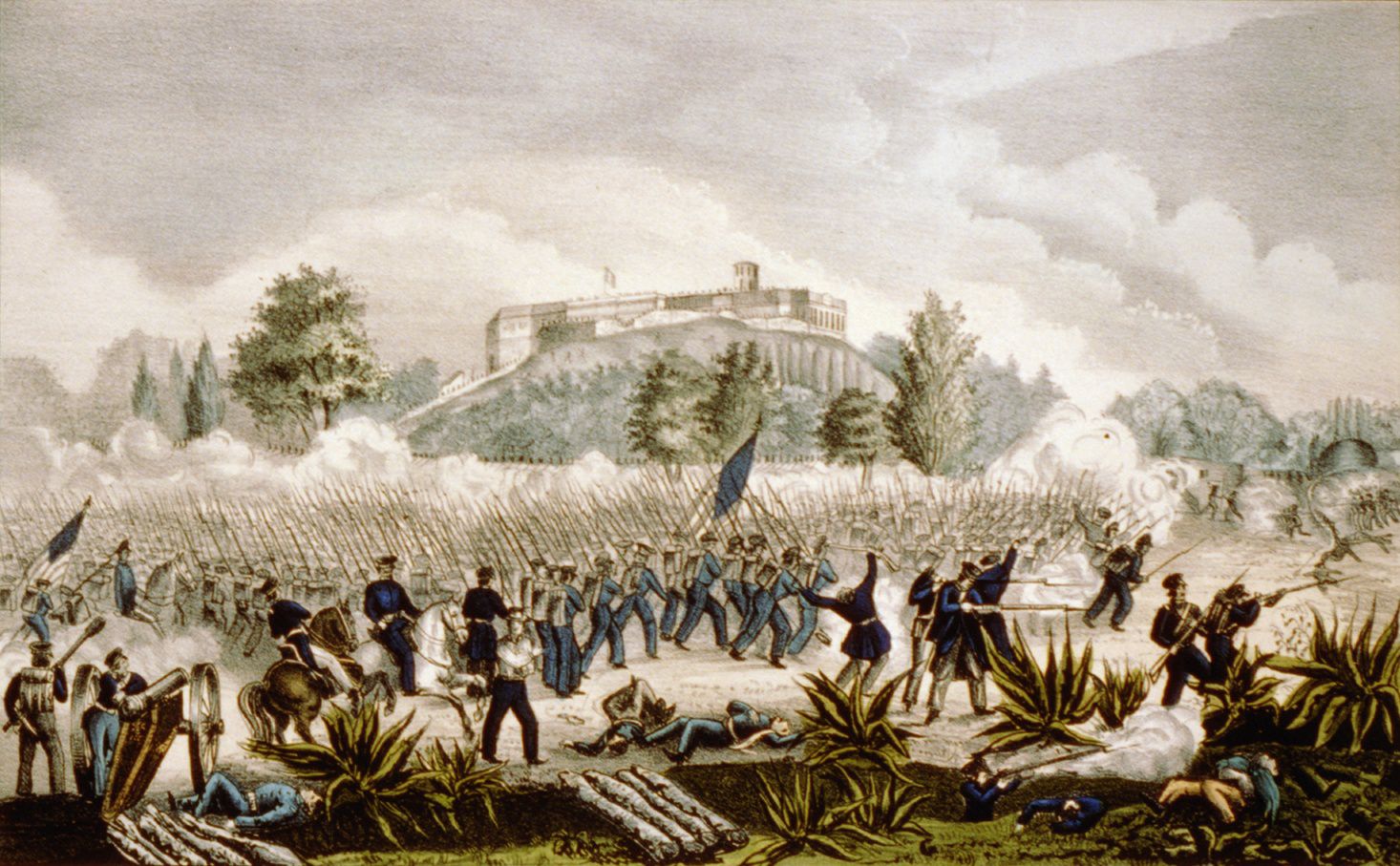 The Marine Hymes began from the halls of Montezuma. This hymn refers to their great victory over the Chapultepec in 1847. They subsequently took over the Mexico. This battle is famous for the red blood stripe which is worn on the trousers for commemorating the lost lives of Marines during the battle.

9) Their Motto Is Semper Fi 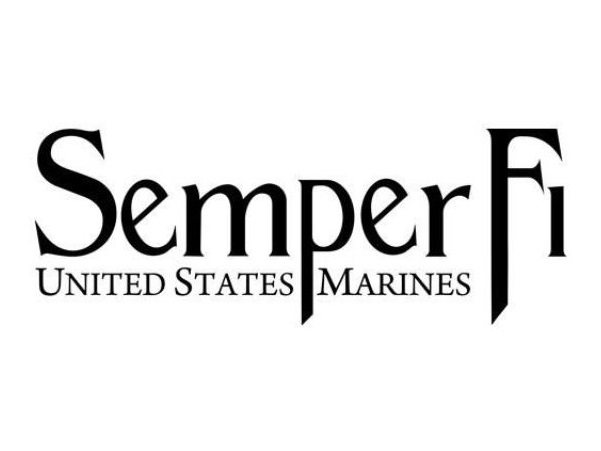 Semper Fidelis became the powerful motto of the Marine corps. The literal meaning of the Word Semper Fidelis means ‘Always Faithful’. It was kept as the motto because the leader of the Marine wants his army to remain faithful to each other, to the corps and to the country at all cost. Once a person becomes Marine, he has to follow the rules and ethics of a Marine corps.

10) Their Iconic Symbol Consist of An Eagle, Globe, And Anchor. 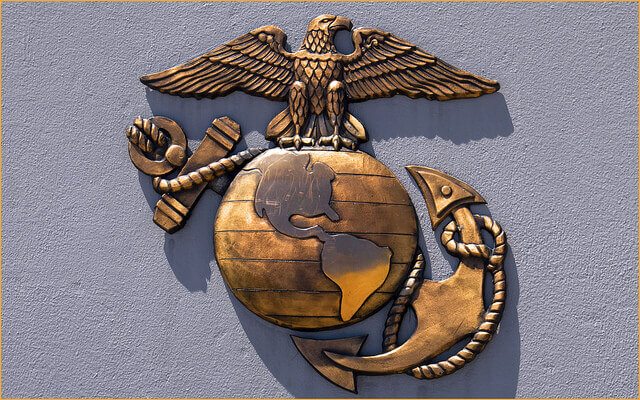 The most iconic symbol in the military is those of the Marines. Although, the symbol is bold as a long history is associated with it. The symbol has three distinct features which include Eagle, Anchor, and Globe. Eagle is put in the symbol so that every Marine remains faithful for the country as the eagle is the national bird of the United States. Globe represents their global presence and anchor represents their rich heritage and capacity to reach the global shores. (12.1)

These are some facts about America’s Marine corps which you should know.

10 Most Regretful Confessions Ever Made In Deathbeds