These Pastafarians Worship Noodles & Their God Is A Flying Spaghetti Monster

This might come as a shock to a lot of people but talks of this religion named “Pastafarianism” has been going around on the internet for quite a while since 2005 to be precise.

Pastafarianism is a parody movement that mocks orthodox religious practices. For instance, the group’s prayers finish with the word ‘R'Amen’, instead of ‘Amen’, in tribute to the Japanese noodles.

Pastafarians don't believe in forced religionism, even though in the early years when it was not an officially recognized religion, some of the followers were charged with vandalism for spraying "Praise the FSM" outside Christian Churches. Later Ordained Ministers of the FSM(Flying Spaghetti Monster ) started a fundraiser to pay for the cleanup and fortunately enough managed to raised $2500, for which the Christian Pastors acknowledged and appreciated the gesture.

"Prove Your Religion Right And I Will Stop Practicing Mine" 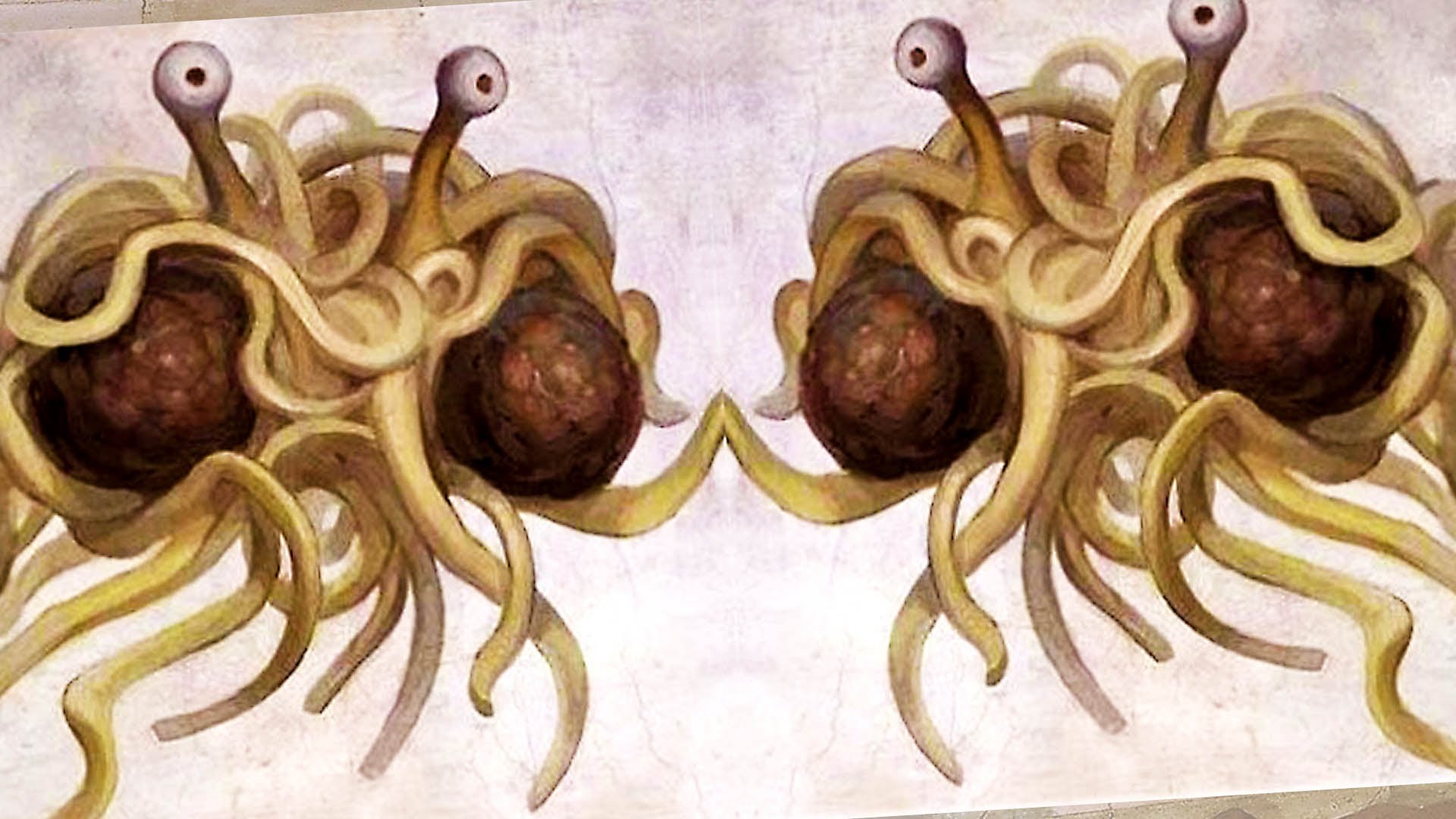 Most of the people that practice Pastafarianism are either Athiest or Agnostic.

The Church Of The Flying Spaghetti Monster 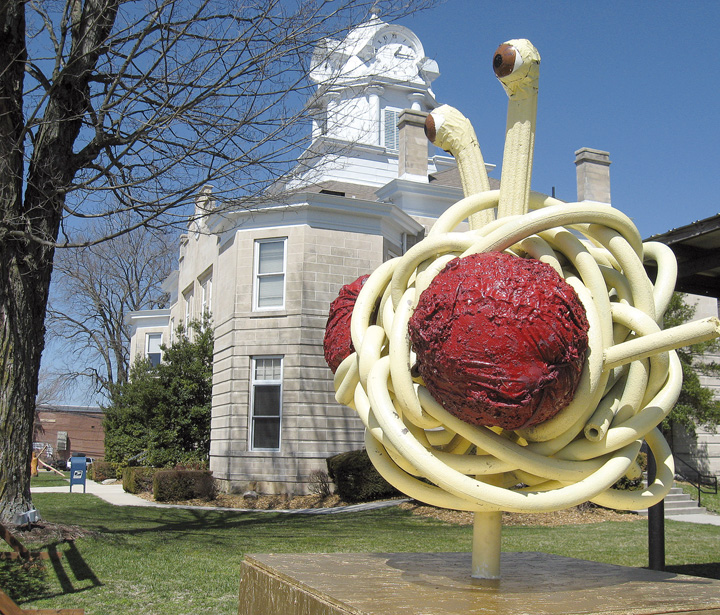 Pastafarianism is an officially recognized religion in three countries—first in Poland, where it became an officially registered religious community in 2014 thanks to a legal technicality, then in the Netherlands in January 2016 and In April 2016 New Zealand recognized the first legally-binding Pastafarian wedding.

They Even Provide Certificate Of Ordination To Their Followers 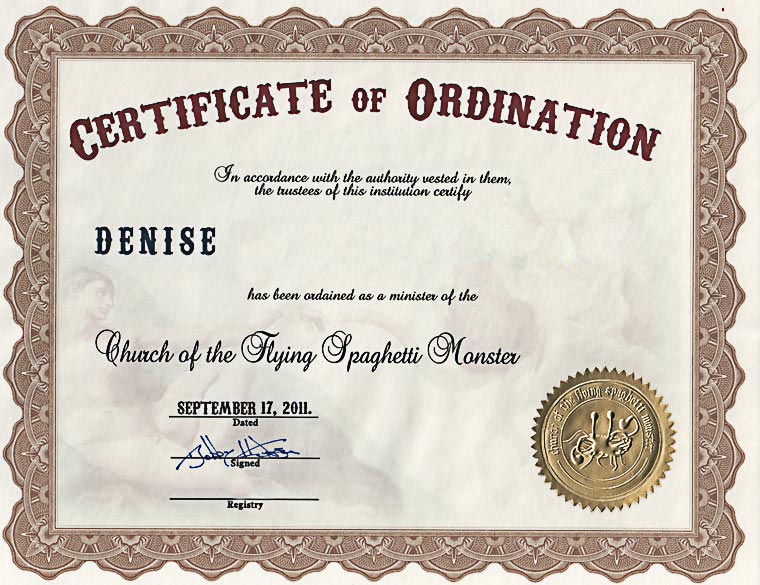 The certificates are printed on lithographed paper. Dimensions are 8.5" x 11". If you look closely you can see the FSM creation scene in the background.

The Holy Book Of The Pastafarians 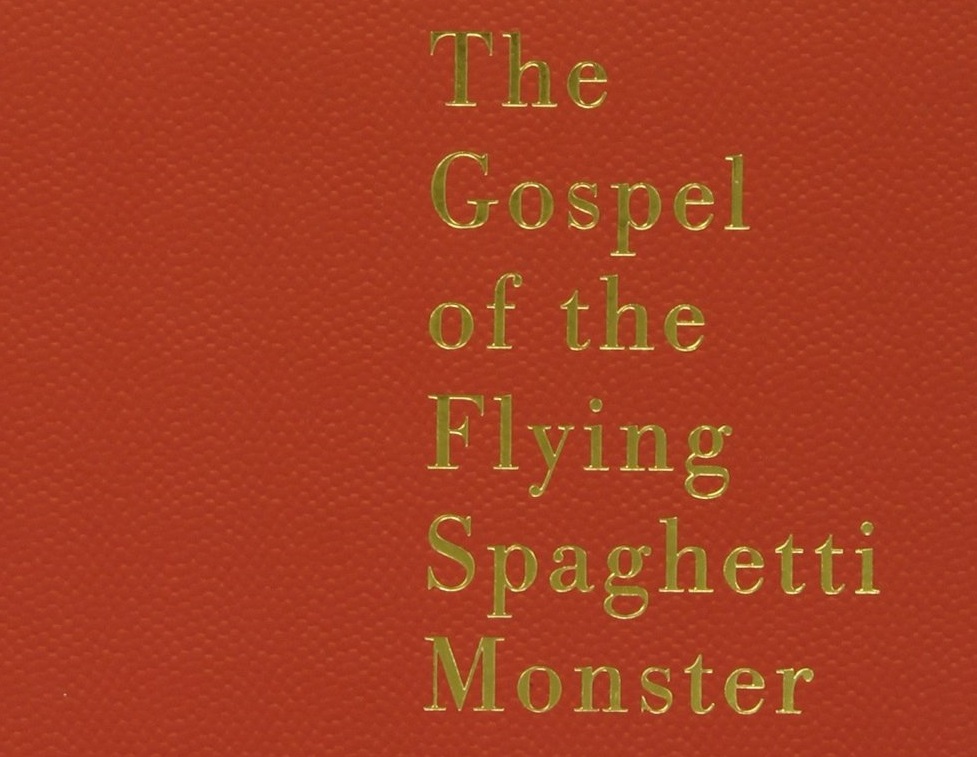 Released in March 2006 by Villard Books, The Gospel elaborates on Pastafarian beliefs established in the open letter.

A Short & Simple Guide To The Pastafarianism