Warning! You might freeze after reading this post because it is extremely cold here. See how this man spent nearly two hours in ice and set a new world record. 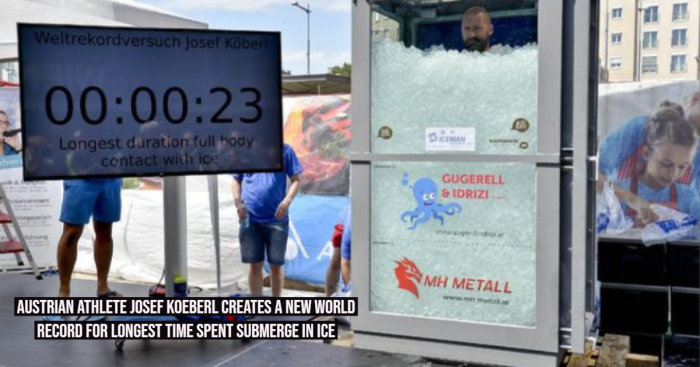 Can you even imagine what anyone can do to break a Guinness record? People do a lot of crazy things to get their name in the Guinness book of world records. While a total of 6117 Kuchipudi performers creating a Guinness world record sounds amazing, a man-eating a pair of skis is strange.

Michel Lotito has the strangest diet in the world. He has eaten 18 bicycles, six chandeliers, 15 supermarket trolleys, and more. Check out this amazing list of strangest world records that would make you think how crazy people are.

Some time ago, differently-abled Martin Tye attempted the heaviest seated deadlift that included picking up of 505kg weight. He broke the record of the world’s strongest man 2017, Eddie Hall who lifted 500kg when he received this title.

For how long can you hold a box of ice in your hands? Two minutes? Maybe 5. But this Australian athlete Josef Koeberl spent two hours eight minutes and 47 seconds submerged in ice, wearing nothing but a swimsuit. 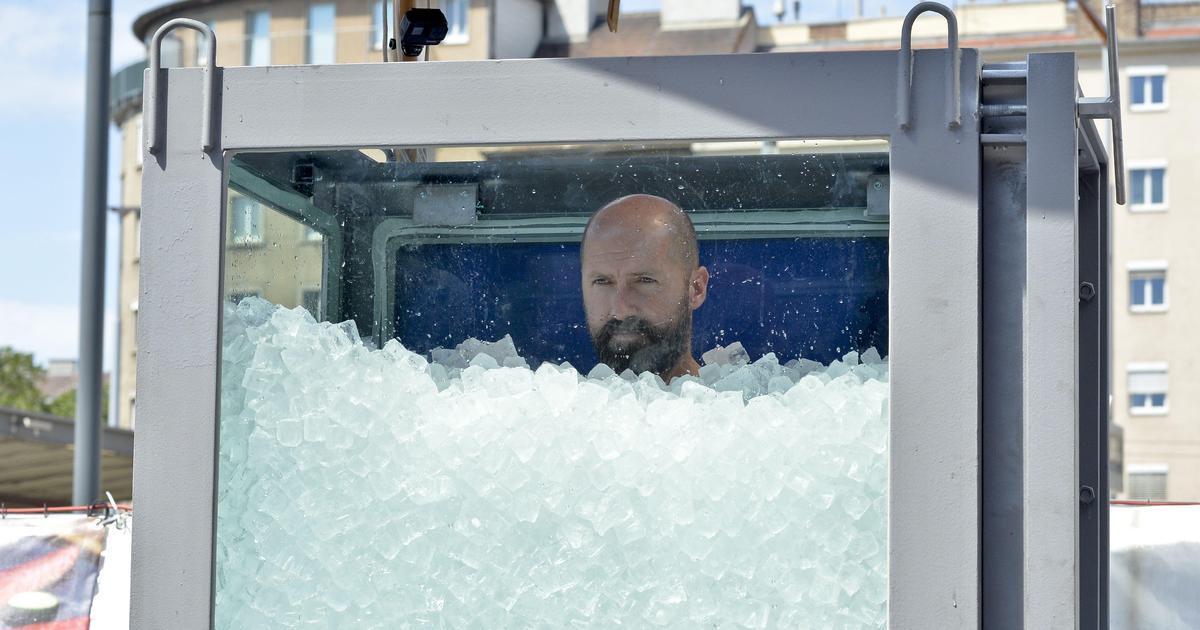 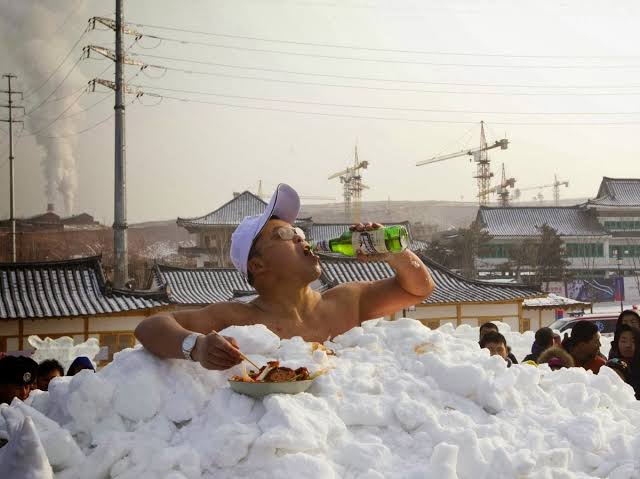 This athlete beat the previous time of one hour, 53 minutes, and 10 seconds. It was achieved by a Chinese athlete Jin Songhao in Xiamen, China in 2014.

Where Did Josef Take the Challenge? 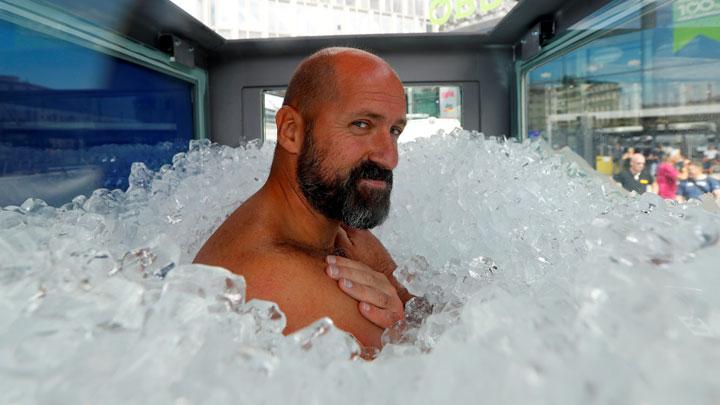 Australian athlete Josef Koeberl took the challenge in front of Vienna’s train station, submerged up to his shoulders in a transparent box filled with ice cubes. Finally, after 2 hrs, 4 minutes, and 45 seconds, he attempted “Longest Duration Full Body Contact With Ice.”

This is not the first him he tried spending time covered in ice. He recently sat in a box of ice as a part of a challenge on Barbara Karlich show for an hour.

While he was submerged in the ice, his body temperature was monitored and was examined by a team to ensure his health was not strongly affected. He said that he could have spent more time in the ice, but decided to come out after it was confirmed that he broke the record. 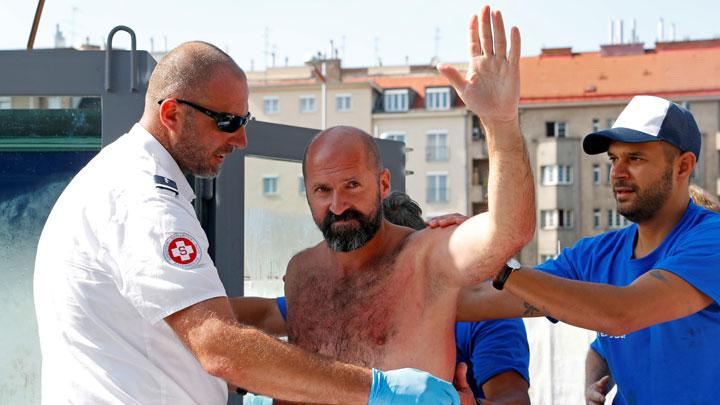 Watch How This Man Broke The Guinness World Record

While watching him submerged, one of the spectators said,

“I do not think the question is whether this makes any sense. It is just a crazy idea to do such a thing and to put yourself in a box with ice and try a world record, this is fascinating.”

Have you also made a plan of breaking someone’s record? Whatever your plan is, make sure that you go through the risk and precautions before you attempt anything.

Earlier Records That Made Headlines

Earlier also, the ice cover challenge gained a lot of attention from the audience. Icemen Chen Kecai and Jin Songhao beat the previous world record for the longest ice bath. They broke the record of Wim Hof, a Dutchman known as Ice Man claimed the title of the longest ice bath with 115 minutes.

He had set a Guinness world record for swimming under ice at a distance of 57.5 meters, and also holds a record for a barefoot half-marathon on snow and ice with a time of 2 hours, 16 minutes and 34 seconds. They staged their event on 3rd January in Zhangjiajie, Hunan Province.

The duo immersed themselves in boxes and was covered with ice cubes up to their shoulders. After 40 minutes, Chen Kecai started shivering, but he insisted that doctors see this challenge through the end. He stayed in ice for 18 minutes and beat Wim’s record. However, Jin Songhao stayed for 120 minutes and became the new record holder.

I can’t even drink ice-chilled water. I wonder from where these people got inspired to make such kind of records? Did you find Josef Koeberl an inspiration or a person risking his life?

Do you know anyone who has tried this kind of act or did something unique and made his/her name to the Guinness world record? What he/she has done? Drop your comments below.

#ActForTheAmazon: Who Should Be Blamed for Amazon Rainforest Fires?