Want to read something inspiring? Yes, here’s the full story of differently-abled Martin Tye, a former Lance Corporal in the British Army, who recently attempted the heaviest seated deadlift, and also set the new world record. 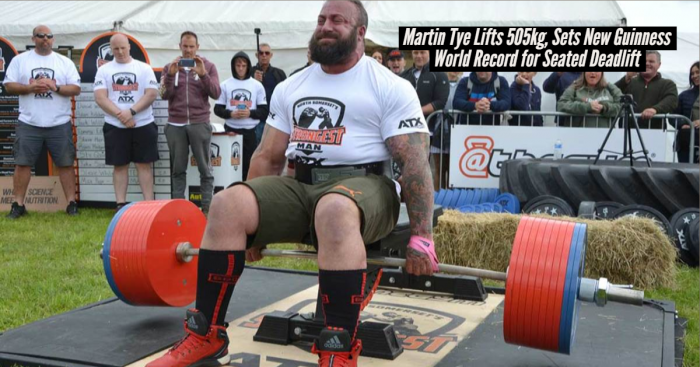 There is one wonderful saying,

“Willpower and desire, when properly combined, make an irresistible pair.”

And, this differently-abled war veteran proved it well.

Here we are talking about Martin Tye, a former Lance Corporal in the British Army, who recently on May 6, 2019, attempted the heaviest seated deadlift- a challenge that includes picking up a 505 kg weight. It’s a record because “World’s Strongest Man 2017” Eddie Hall lifted 500kg when he achieved the title, which was 5 Kg less than what Tye lifted now.

Who is Martin Tye? 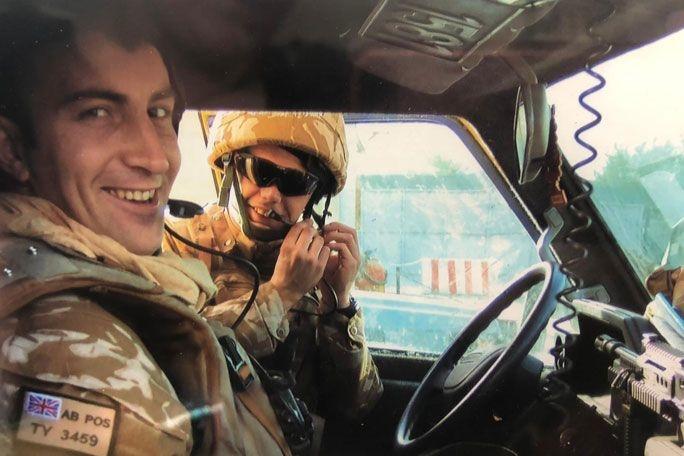 Martin Tye was left paralyzed ten years ago when a suicide bomber drove into his vehicle in Kabul, Afghanistan. However, he refused to give up and emerged as an Invictus Games star, fighting against all the odds.

What Else Has he Achieved? 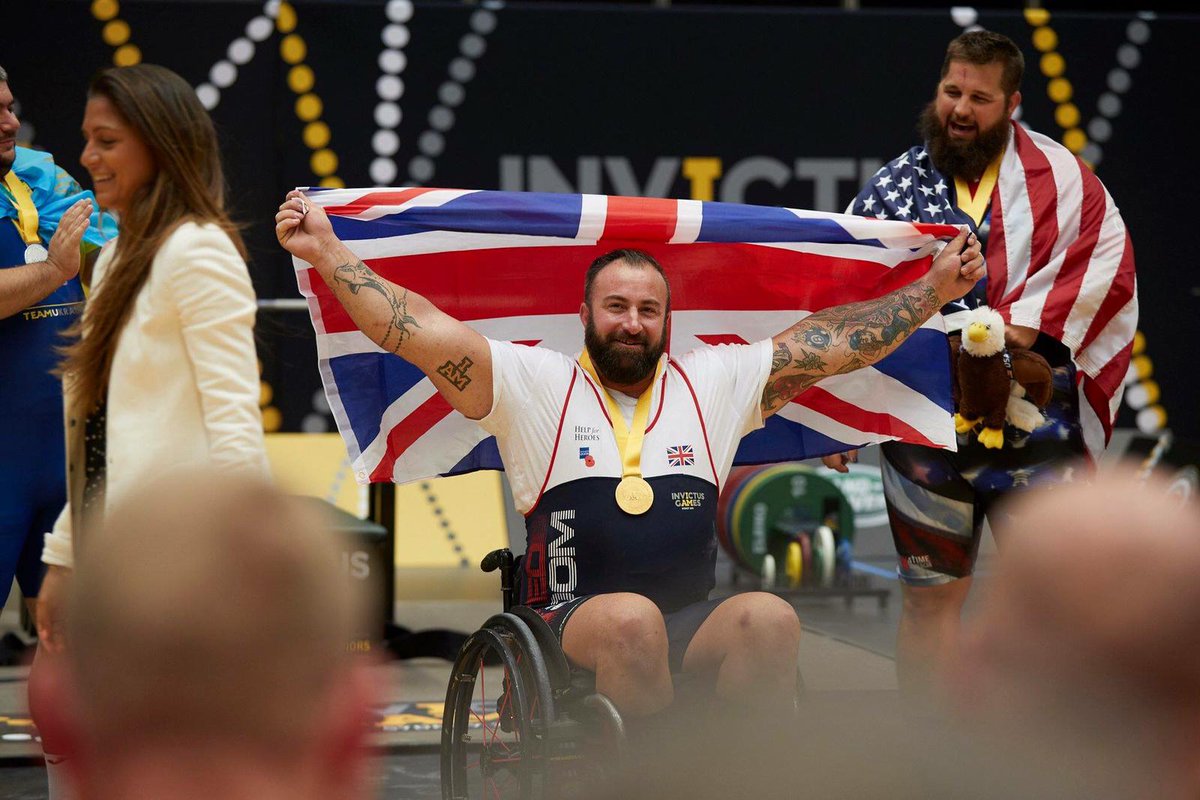 Even though Martin has been competing in disabled strongman events for just over three years now, he is no stranger to competitions and records. Yes, he represented the UK at the Invictus Games in Toronto in the year 2017 and also won several medals including gold in Men’s Indoor Rowing Sprint and the Men’s Heavyweight Powerlifting.

After the achievement, the strongman told the record agency,

“I want to show the world what disabled people can do. Okay we do it in a different way but that doesn’t mean we’re weaker.”

Earlier this year at the Arnold Sports Festival, he also lifted 501 kg. Also, he had taken part in last year's event in Sydney. In that competition, Tye picked up 11 medals across the likes of indoor rowing, powerlifting, wheelchair basketball, and wheelchair rugby.

Martin has picked up these medals, and Beckie has seen the change in him. Now from the "skinny little boy," Martin converted to someone who is now more focused.

It could be said that these games gave him the confidence to push the bar further. And, he broke the Eddie Hall’s heaviest Strongman deadlift attempt.

Where Did the Competition Take Place? 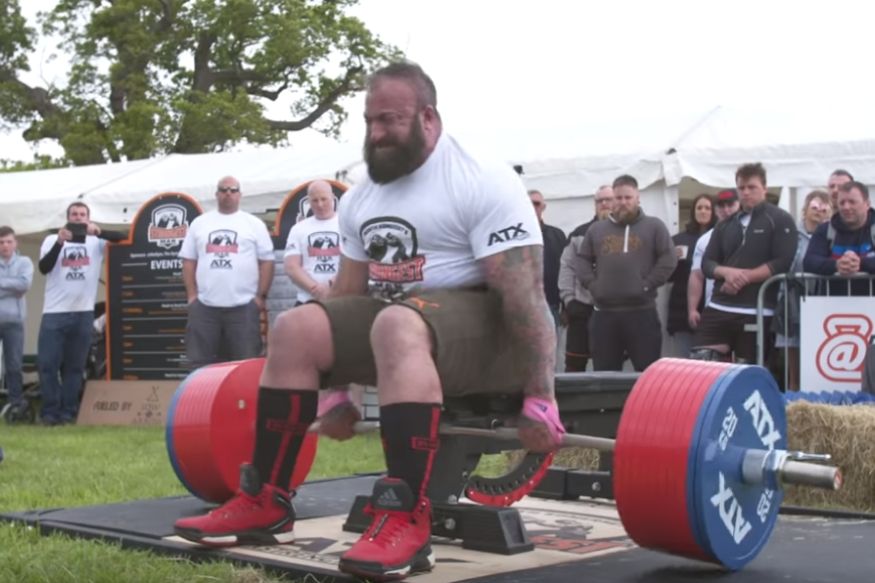 At North Somerset’s Strongest Man event at Wraxall, England, this attempt took place. Not only on Tye’s face but the joy of setting the record was evident on the faces of the crowd that cheered for him. 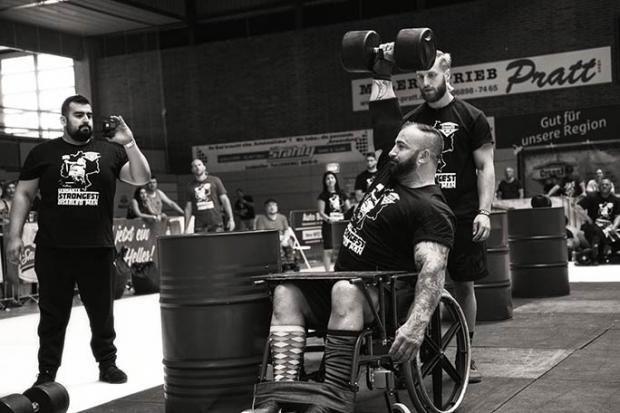 According to Guinness world records, Martin Tye, the former British Army soldier, joined the army at the age of 21 and completed tours of Iraq, Cyprus, and Lebanon. Further, he was in Afghanistan in August 2009.

Tye said in an interview,

“It was a war zone, we knew what we were going into and it was the day before the elections so we were preempting something anyway. The day before we had a suicide bomber on the front gate.”

“Then we went out on a pretty routine patrol, we were in a convoy – I was commander of my vehicle. We drove around the corner and a suicide bomber drove into the back of my vehicle and detonated.”

That blast made Martin paralyzed. Therefore he has metalwork in both his knees and shoulders. Following the blast, there is no sensation from the knees down and also sustained an injury to his lungs. He has undergone 20 operations on his left knee alone and also has arthritis in both knees.

Afterward, he was also diagnosed with PTSD (post traumatic stress disorder). However, when he got back into the sport and entered the world of strongman competitions, things started to change.

“Before that I wasn’t really engaging with anything, I didn’t want to know, sat in the house all day. Since I found sport and particularly disabled strongman, the confidence has come back.”

Agreeing to this, his partner Beckie Ingram added,

“Mentally when I first met him he was pretty withdrawn and had no confidence whatsoever, so I had to build that up through taking him to meet other military personnel. He didn’t do crowds so I took him to Army v Navy (rugby match at Twickenham stadium), you can’t get bigger than that crowd.”

It won't be wrong to say that Martin’s friend Beckie has played a key role in Martin's sporting career as she signed him up to the Invictus Games. She heard him "giving it the big one" about how he could do that while watching it one night on TV, so she got him to find out for real.

"He explained he would be interested in it but I knew he’d never apply himself. So I sat in work one day, sent an email and applied for him to be a part of the team.”

"I told him on the phone because I was too scared to go home and tell him. I rang him on my lunch break and just explained. It started off with 'don't be mad, I've done this and got the best intentions, but…', and I think he thought a lot worse than what I was going to say. There was a bit of a silence but he was more than happy with what I’d done."

Eddie Hall, the previous record maker, expressed his 500 kg heaviest Strongman deadlift as "one of the most dangerous things I’ve ever done," while Martin himself had lifted 501 kg earlier in the year at the Arnold Sports Festival.

As in the seated variant, the technique is different. Because to lift such weight while sitting, there's a lot of pressure going through the back. Well, Tye told that diet is similar.

“Currently I’m on an 8,000 calorie-a-day diet. People will think it sounds really good but it really is a lot of food, sometimes you have to force feed. But as a strongman I get to eat nice meals than bodybuilders. One of my meals is half a (family) cheesecake. Breakfast sometimes will be fry ups, a lot of porridge and then your nutritional value, protein shakes and full fat cream, stuff like that.”

He later told that one could only hold such a weight for a short period as the lift only lasts a few seconds. But we can see that it was enough. After some deliberation, the record was confirmed with cheers from the watching spectators.

“People said it looked easy, believe me it wasn't. My back's sore, emotionally I'm a bit drained but I'm over the moon with the outcome.”

Martin explained what was going through his mind in the moments before the attempt,

“Some people like to get really angry and use aggression, I don’t do that in my prep.
I go to my own little place in my head, I visualize the lift, how I'm going to do it. I tell myself 'it's light, you've got this, I know I’ve got this,' and just go. You're still very nervous about it but once I had my hands on the bar I knew it was going up.”

“The crowd helps a massive amount. They lift you up so high, especially the size there was here.”

He told that he took a day off before going back to the gym in preparation for the World's Strongest Disabled Man competition in Canada in coming June. Hence, he was thinking about future competitions already. 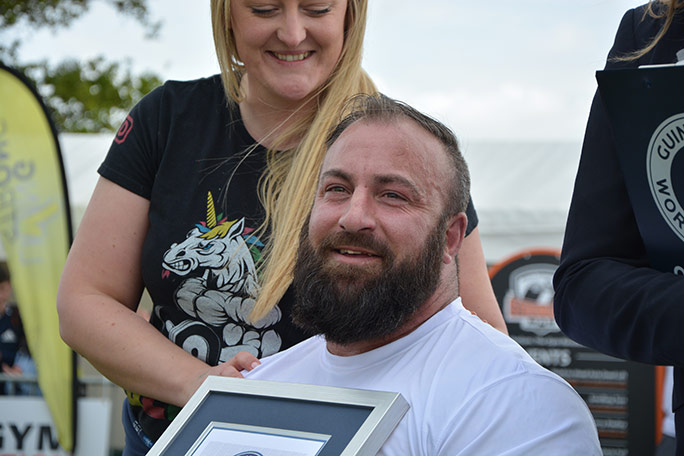 “I would like to do an Atlas stone record. I know I've not hit my potential yet, there’s still more in there and hopefully when I unlock that I'll go on to lift an even bigger weight.”

Moreover, he admitted that he didn't aim for strongman achievement when he entered the sport.

“I don't feel I'm an inspiration, but if I can get more people out of their seats doing sport I know it’s going to help them physically and mentally.”

“It's taking that first step, that's the hardest you'll ever take but once you have you won't look back. It only gets better. It was quite hard for me to go into competition for the first time but afterwards I was on such a high, and I didn't even win. It was being there with the guys and being part of this community."

Martin has some quick advice if you want to attempt a record yourself.

“Do it. Train hard, don't look back, believe in what you can do and go and do it.”

Look at the Video Here:

A Big Congratulations to Martin Tye on his Record-Breaking Feat!

20 Times Smart People Made Lemonade when Life Handed Them Lemons