Cow gives you milk and if messed with, it can give you a real hard time too. A backpacker from UK tried to do just that by singing a cow with big hump ‘My Humps’ from Black Eyed Peas. 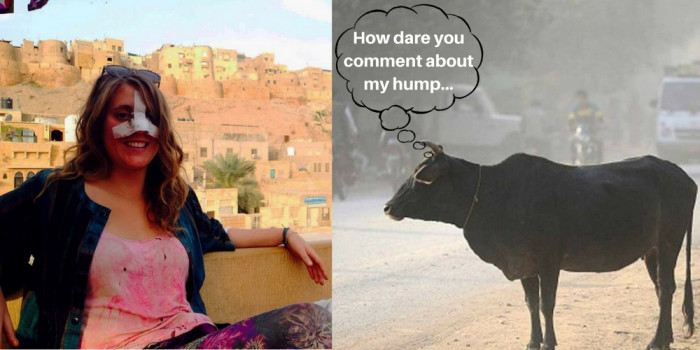 A British backpacker paid the ‘Kohinoor’ dues in India when a holy but grumpy cow attacked on her for singing ‘Black Eyed Peas’ hit ‘My humps’.

Her good name is Melissa Meville and she has been backpacking through India since November last year, but in Rajasthan came a pothole in her trip, recently on her way back to her hotel. Noticing a cow in the street which had a huge hump, she did the only logical thing possible and sang 'My Humps' at the beast.

In a conversation with The Daily Mail, Melissa said: "I saw this huge cow with a big hump so I stupidly started singing this song.

"As I was walking past the cow it suddenly lunged at me and head butted me.”

"The impact of the hit was so strong that I went flying in the air before landing on the ground and injuring my knees. My face and shoulder was badly cut." 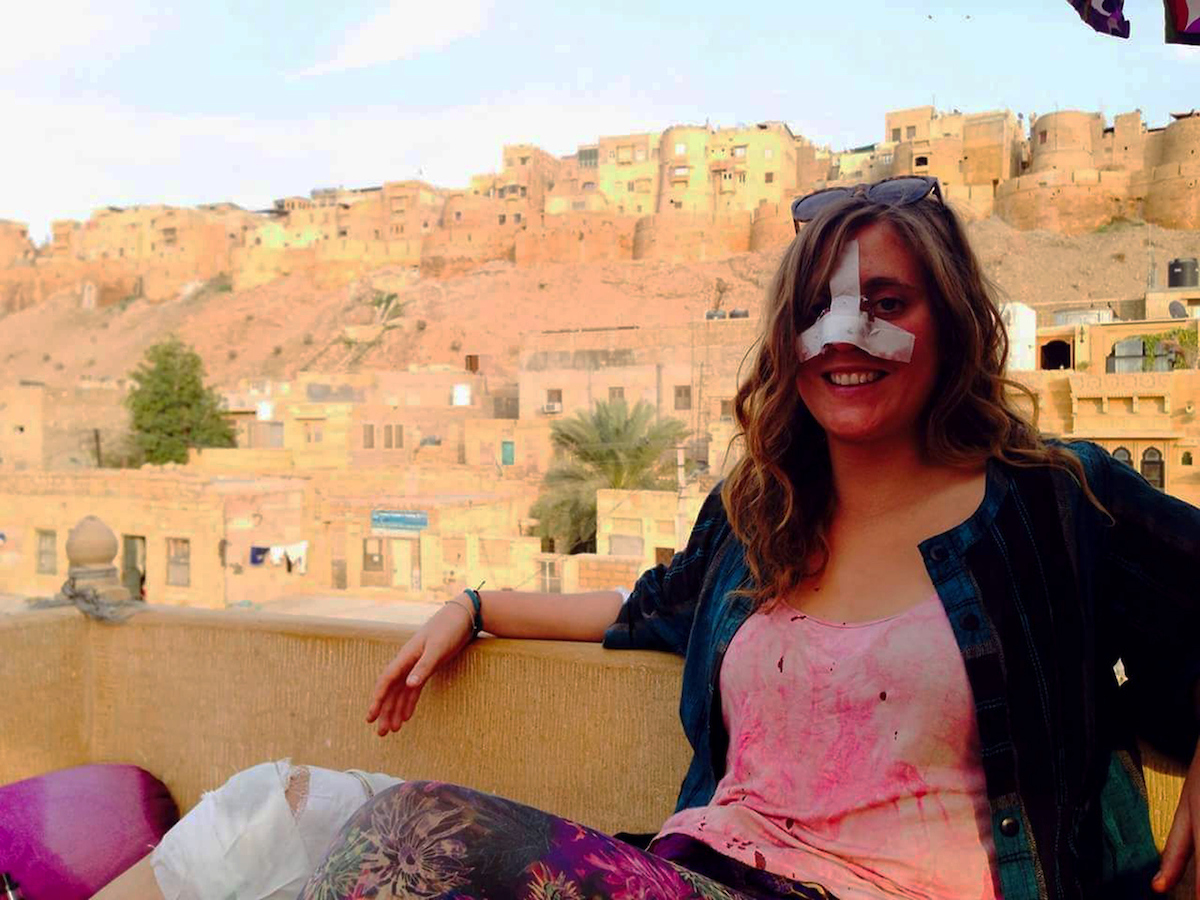 Melissa’s airtime ended up with a bloodied nose and severely bruised eyes, and also damaged her shoulders and knees.

She continued: "I never expected a cow could hurt me so badly. I guess she was in a really bad mood. There was so much blood on me.

"It was quite a funny experience. I'm in pain and it's quite annoying but still quite funny."

Now She Will Think Twice Before Mocking A Cow 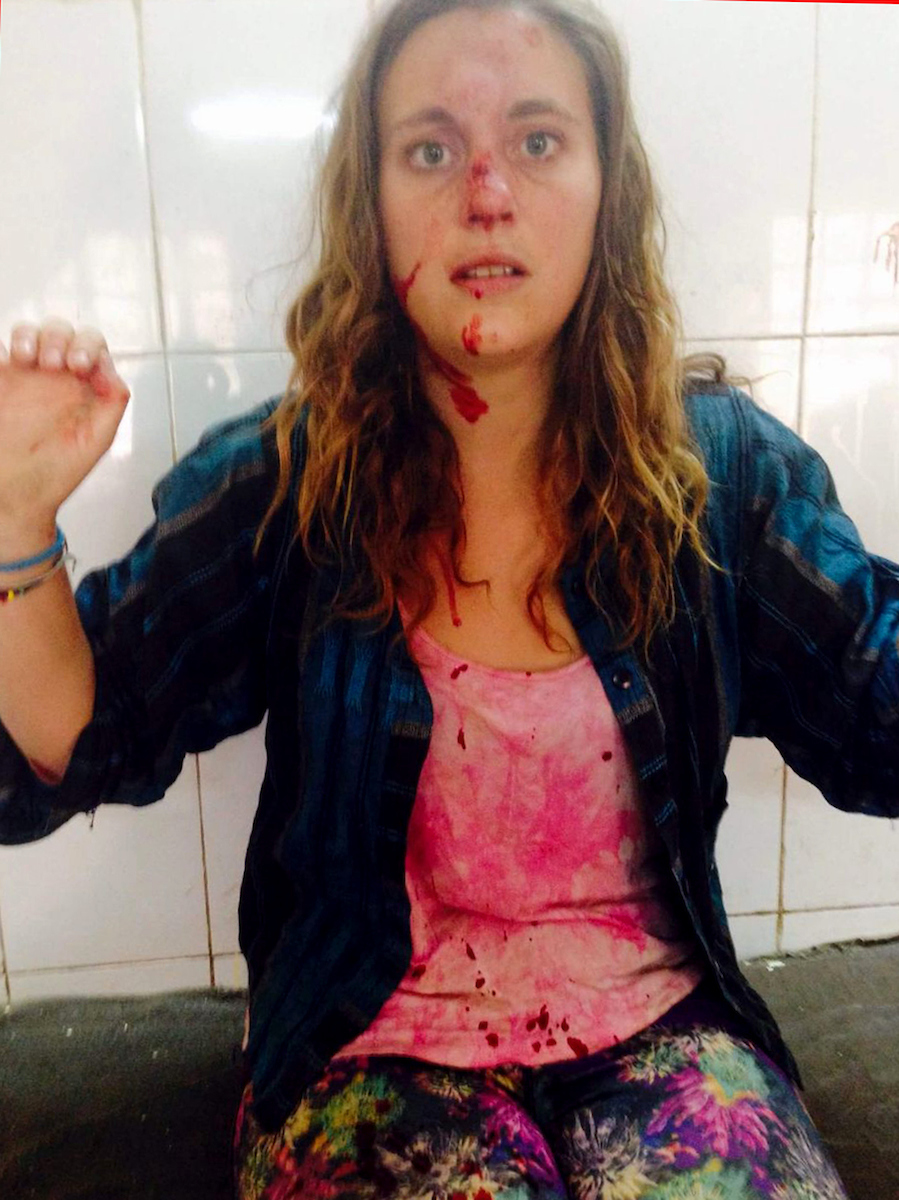 Melissa’s divine intervention has left her reeling with a fear of cows.

"I was never afraid of cows but this incident has left me pretty terrified of them now. Do not underestimate them," she added.

"I never walk past a cow now and try to avoid them. I used to find them very cute but I'm going to be weary of them forever now I guess.

"My face is still black and my body aches a lot. I hope to recover soon." 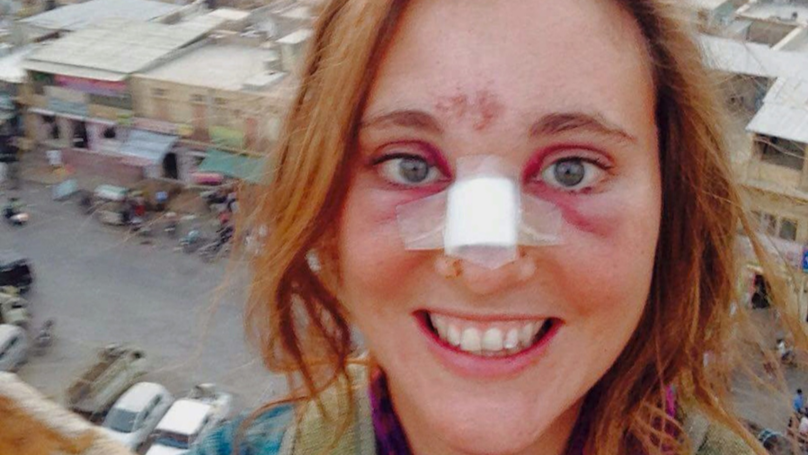 Melissa is back on the road now after the absurd confrontation with the holy cow. She now continues her backpack trip making her way to Nepal.

Cow is a pretty peaceful animal but they can also be furious. It is a duty of ours as an intelligent social animals that we keep our distance from animals calm or angry. Or cases like these happen.

She Was A Man Now She Is Transforming Into A Dragon