Kidnapping stories are always terrifying. Read these scary stories of people who were kidnapped and then managed to escape.

Kidnapping is an extremely unpleasant experience, not only for the victim but also for the dear ones who don’t know if the kidnaped ones would ever come home or not.

It is hard to believe, but according to reports in the United States alone, around 80 children are kidnapped every day. While some victims died, others escaped and shared their stories.

Let us read interesting and horrifying stories shared by the victims that could haunt you forever. 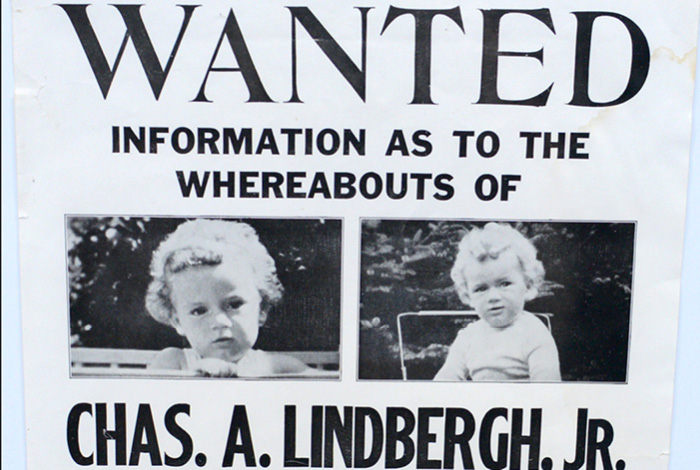 It was in March 1932 when a 20-month-old son, Charles Augustus Lindbergh Jr., was kidnapped from the crib from Lindbergh’s home. In May, the child’s corpse was found.

In 1934, a German immigrant named Bruno Richard Hauptmann was arrested for the crime. Despite his insistence, he was innocent, his plans failed, and he was found guilty of kidnapping.

Hopewell Borough police officers conducted the research and analyzed surrounding locations. The word of the kidnapping was spread quickly. Along with police, several people arrived at the Lindbergh estate.

When his home was searched, the police found $13000 ransom money. Hauptmann claimed that a friend had given him money, and he is nowhere related to the crime. The kidnapping and the murder of the baby encouraged Congress to pass the Federal Kidnapping Act. 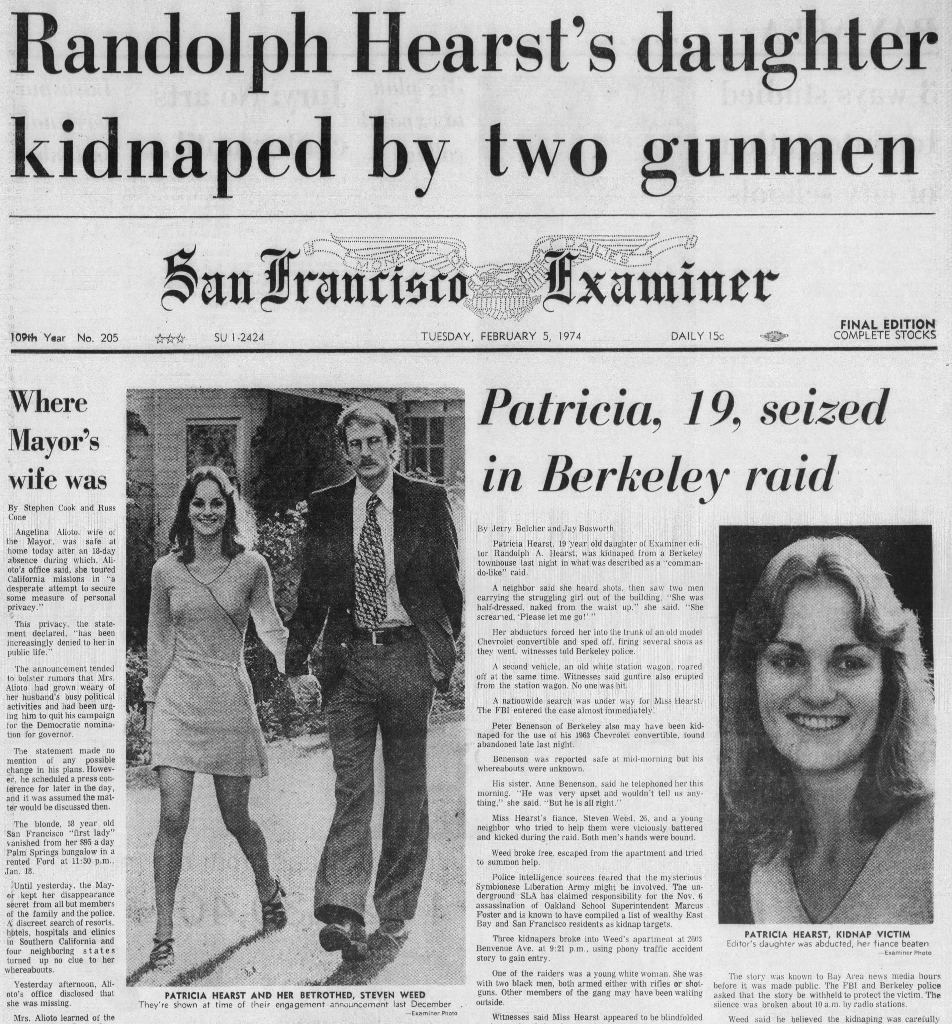 In 1974, Heiress Patty was kidnapped by a homegrown American terrorist group, Symbionese Liberation Army. She was 19 years old when she was kidnapped from her Berkeley apartment. She lost consciousness during the abduction and was beaten. During her 19 months with the group, Patty actively participated in crimes, including armed robberies and bombing.

She at the trial said she had done all these things under the threat of rape. Other than Lindbergh's kidnapping story, Patty Hearst's kidnapping story grabbed the media attention. She was the granddaughter of newspaper tycoon William Randolph Hearst and took part in a bank robbery in San Francisco.

In the night at 9, there was a knock on her apartment door. The Symbionese Liberation Army (SLA) entered her home and kidnapped her. She was the target as she belonged to a wealthy and recognized family. They brainwashed her and aimed to turn her into a poster child for the revolution.

In 1974, she was captured on camera during an SLA bank robbery. A month after the bank robbery, the FBI found SLA safe house in LA but couldn’t find Patty, who helped the SLA in crimes.

Finally, in 1975, the FBI caught her, and she was arrested for crimes, including bank robbery. Her defense lawyer claimed that she was forced into the crimes. Unfortunately, she was sentenced to jail for seven years. In 2001, president Clinton gave Hearst a full pardon, and later, the FBI arrested every member of SLA. 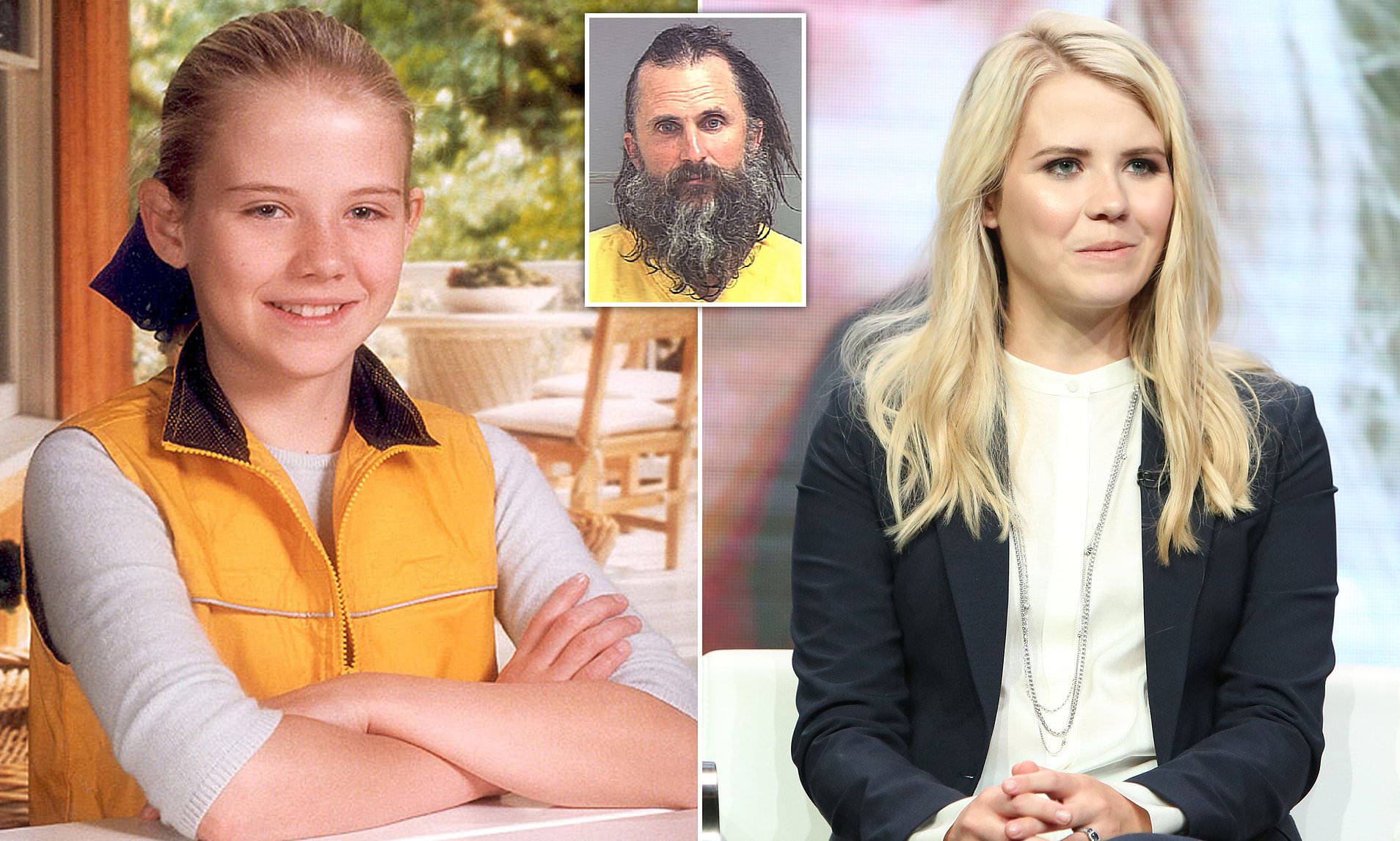 When Elizabeth Smart was 14 years old, she was kidnapped by Brian David Mitchell from her home in the neighborhood of Salt Lake City, United States. She was abducted for nine months before she was found in Utah, approximately 30kms from her home. She was abducted at knifepoint and was dragged into the Utah woods. Mitchell starved the girl and raped her daily in an attempt to brainwash her and clarified that he is not a prophet.

Smart’s sister saw the man during the kidnapping and recognized him as a former handyman. Police identified Mitchell, and his picture was circulated everywhere. The kidnapper was caught, and Smart returned her home. Later she finished high school, attended university, and became an advocate for kidnapping survivors.

She also launched her foundation for victims and published a nonfiction writing, My Story. Mitchell claimed to be an angel and told Smart that he was a Davidic king who would "emerge in seven years, be stoned by a mob, lie dead in the streets for three days and then rise up and kill the Antichrist.” It was later revealed during the court testimony that he repeatedly raped Smart and forced her to look at pornographic magazines. 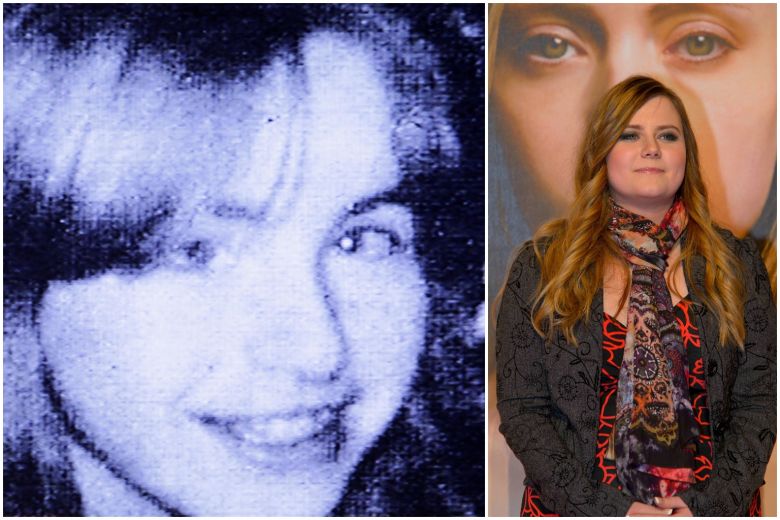 It was in 2008 when a woman named Elisabeth Fritzl told police in Austria that she had been held captive for nearly 24 years by her father. She was sexually abused and raped during her imprisonment inside an area in the basement of her home. Her father, Joseph, locked her in the cellar and told police that his daughter ran away from home to join a cult.

According to Fritzl’s sister-in-law, he went into the basement every morning and stayed there for the night. He even didn’t allow his wife to enter the basement. A tenant who lived on the ground-floor claimed to hear noises, to which Fritzl explained that noises were faulty pipes and gas heating systems.

Three of his children were raised upstairs, while three stayed with Fritzl in the cellar. In 2008, when one of the downstairs children went into kidney failure, Joseph was asked to check for medical attention. Eleven days later, Fritzl told her kidnapping story to the police, and Joseph was arrested. He was sentenced to life in 2009. 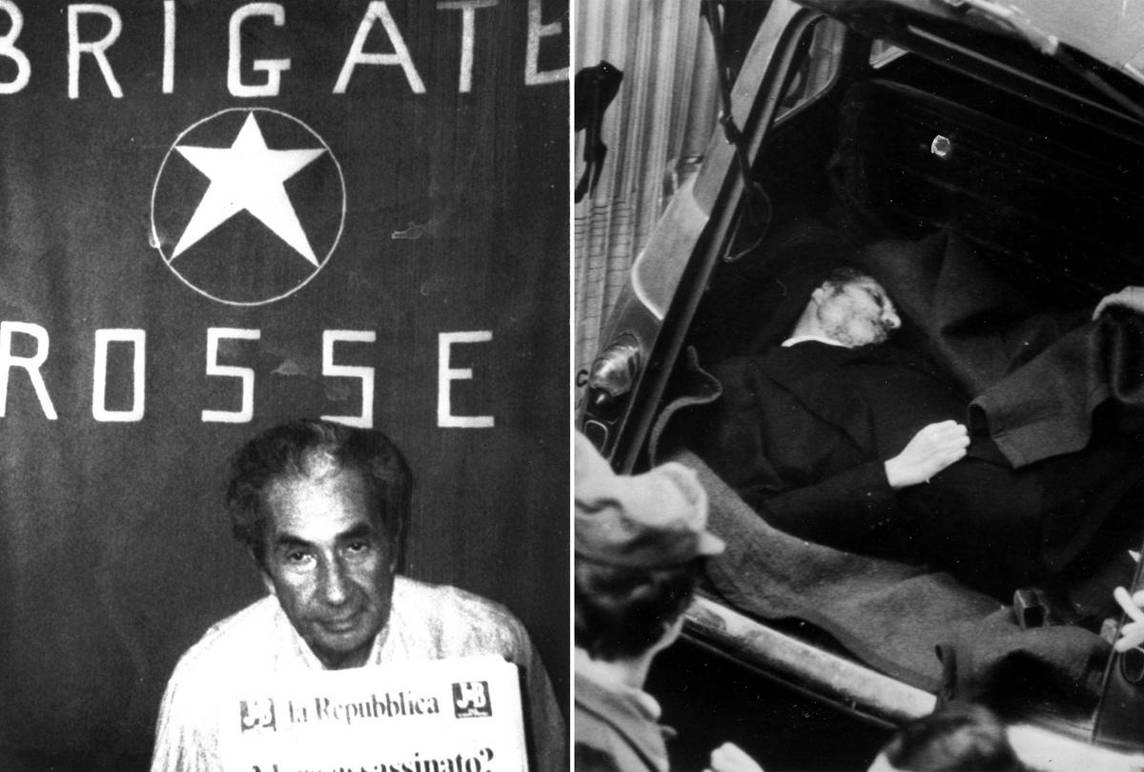 Aldo Romeo Luigi Moro was a prominent member of Christian Democracy. He served as the 38th PM of Italy and also as Minister of Foreign Affairs from 1969 to 1972. He was one of Italy’s longest-serving post-war PMs, who ruled the country for over six years. In 1978, a unit of a militant far-left organization known as Red Brigades (RB) blocked his cars and kidnapped him while murdering his bodyguards.

The RB organizations proposed the exchange of Moro’s life for the freedom of their prisoners. On 2nd April, Italian politicians, economists, and three professors conversed about the place where they might have been kept, Aldo Moro. During his kidnapping, he wrote letters to the Christian Democrats and Pope Paul VI.

When it became clear that the government wouldn't negotiate, the RB had a people's trial in which Aldo Moro was sentenced to death. They sent a last demand to the authorities clarifying that if 16 of their prisoners were not released, Moro would be killed.

In 1978, terrorists kept him in a car and told him to transport to another location. They shot him there ten times. The Italian terrorist Mario Moretti killed him, and his body was left in the trunk of Renault 4 towards the Tiber River near the Roman Ghetto. 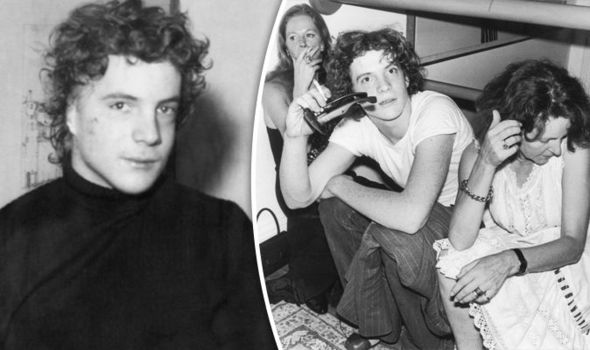 The grandson of American oil tycoon, John Paul Getty III, was kidnapped by the Italian mafia-type Ndrangheta and held for $17 million ransom. He was kidnapped in the Piazza Farnese in 1973 when he was 16 years old. He was blindfolded and imprisoned in a cave in Calabria.

The kidnappers demanded a hefty amount of $17 million to leave him safe. However, his family suspected that this plan is plotted by the teenager to extract money from his rich grandfather. His grandfather refused to pay money, arguing that his other grandchildren could also become kidnap targets.

As time passed by, they received an envelope containing a human ear, a lock of hair, and a threat from the kidnappers to kill him unless they were paid $3.2 million. The letter in the envelope read,

“This is Paul's first ear. If within ten days the family still believes that this is a joke mounted by him, then the other ear will arrive. In other words, he will arrive in little bits.”

His grandfather then agreed to pay $2.2 million. After the ransom was paid, John Paul Getty was found alive at a petrol station in Lauria. Two of the kidnappers were sent to prison, and nine of them were arrested. 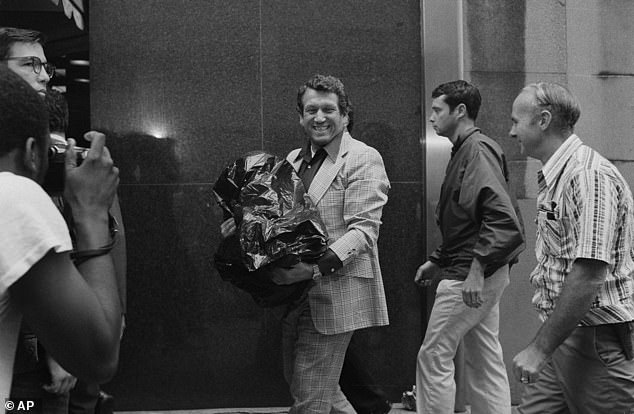 In 1975, the FBI was notified that the founder and the president of the billion-dollar Distillers Corp-Seagram Ltd son Samuel Bronfman II had been kidnapped. The kidnappers demanded $2.3 million ransom money via an audiotape. His father paid the amount, but Samuel was still missing. After ten days of being kidnapped, one of the kidnappers called the police and informed him about his place.

The police went to the apartment of firefighter Mel Patrick Lynch and found him blindfolded lying on the sofa. At first, his kidnapping story was found to be an abduction only for money.

Later, it was found that Samuel plotted this story. Lynch revealed his homosexual affair with Samuel and that he devised his kidnapping while threatening Lynch to expose his sexuality if Lynch didn’t help him. The jury acquitted both of kidnapping but convicted them of grand larceny. 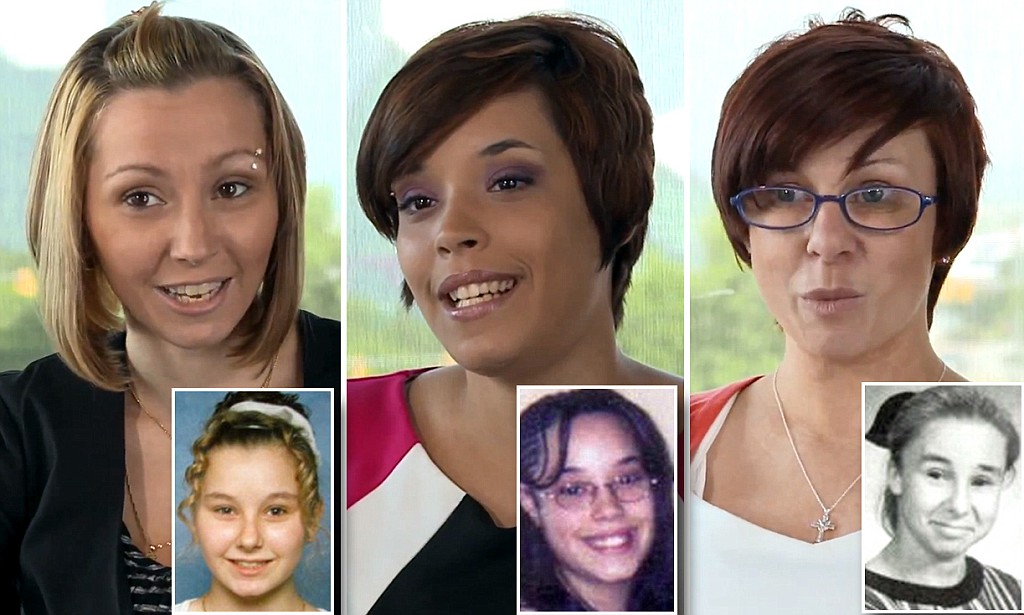 Amanda Berry, Gina DeJesus, and Mitchelle were kidnapped by Ariel Castro from August 2002 to April 2004. They accepted rides from Castro, and he drove them to his home and restrained them in the basement. He kidnapped 21-year-old Knight in 2002, then Berry in 2003, and DeJesus in 2004.

On 8th May 2013, Astro was charged with kidnappings and rape. He pleaded guilty to murder and kidnapping. Following Knight’s rescue, police found that limited resources had been spent on investigating her kidnapping. People believed that she might run away due to anger over losing custody of her son.

Amanda Marie Berry was featured in the 2004 segment of Fox’s America’s Most Wanted, who had also gone missing from the same place in Cleveland. Her mother Miller continued to search for her before dying from heart failure in 2006. In 2006, Berry gave birth to a child. DNA evidence has confirmed that Castro was the father of her child.

DeJesus was last seen around 3 PM in April 2004. She trusted Castro because she was friends with his teenage daughter. A year after she was abducted, the FBI released a sketch and description of a male suspect. DeJesus appeared in America's Most Wanted Segment.

According to Castro’s uncle, his family knew DeJesus' family stayed in the same West Cleveland neighborhood. Castro claimed that he was not aware that DeJesus was a member of the family when he abducted her. 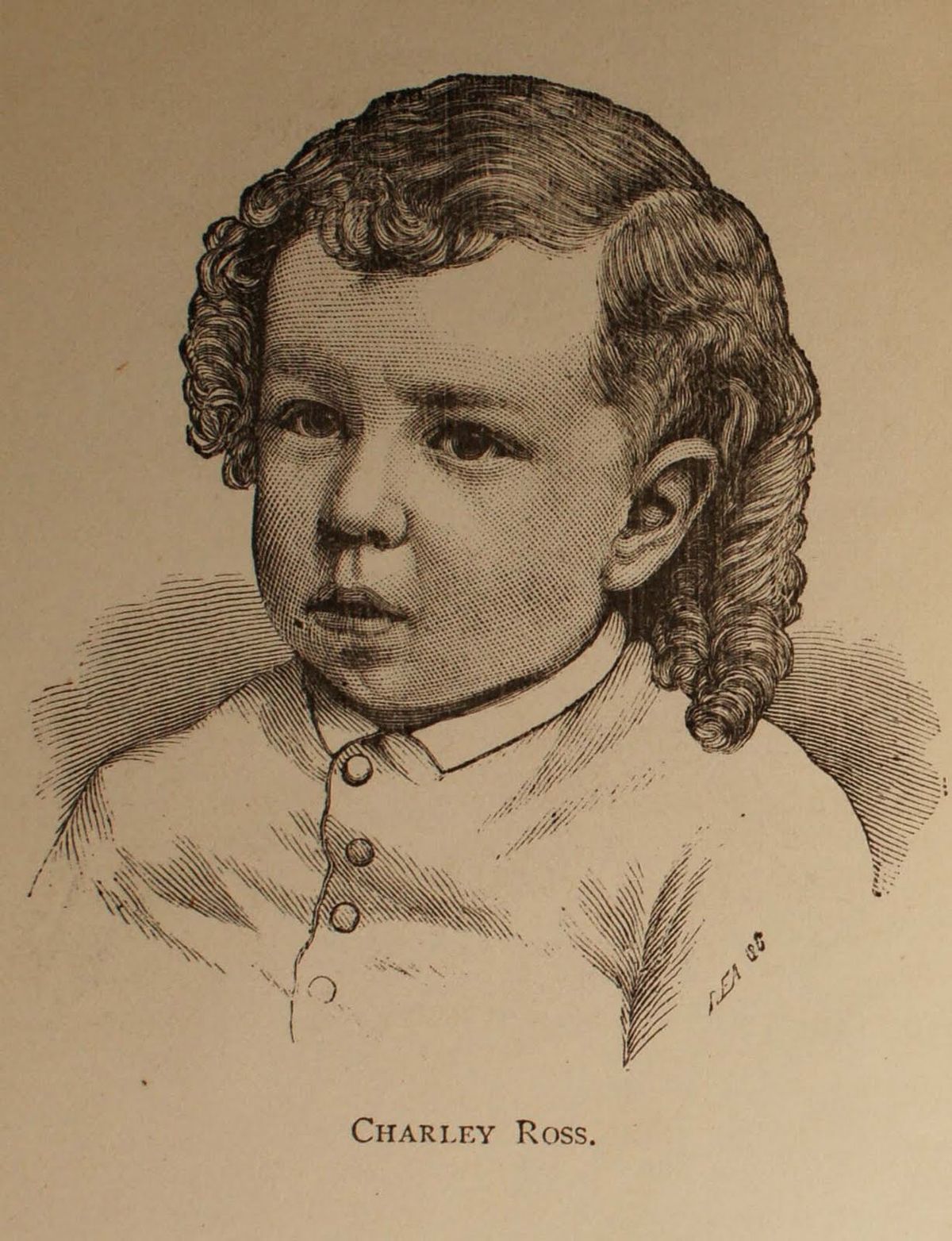 While playing in the front of the yard of his home, Charley Ross was abducted by two men who promised to buy firecrackers for his brother. The kidnappers demanded $20,000, but his father was advised by the police not to pay the amount.

Five months later, two men were shot dead. Before dying, one of them admitted to kidnapping Ross. His parents went looking for Ross, but unfortunately, he was never found.  He was the first victim of the American kidnapping to receive widespread coverage. 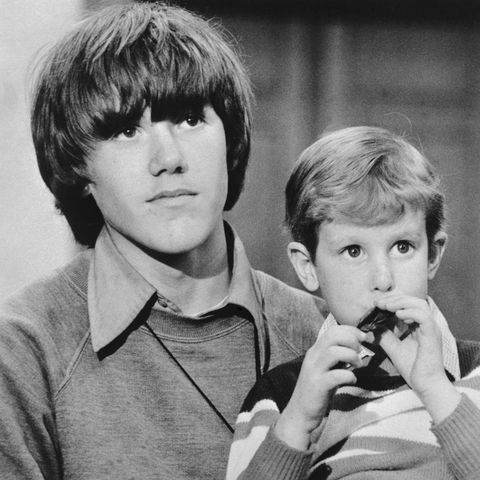 Steven was kidnapped for seven years. He was sexually assaulted and was renamed- Dennis Parnell. He was abducted by the abductor, Kenneth Parnell, 200 miles away in California. He died in 1989 in a motorcycle accident while coming back from work.

Parnell molested Steven for the first night at the cabin. He raped Steven thirteen days later. In 1980, Parnell was arrested for abducting boys. The same year he died, a movie was released based on his life, ‘I Know My First Name Is Steven.’

Kidnapping has become an unavoidable part of society. The cases might differ, but the victims suffer emotionally and mentally. Here are other kidnapping stories that garnered the attention of the media.

Do you know other kidnapping stories that are told by the victims and are shared on social media? If yes, then share the stories with us.