Well, shaped brows is a key factor for any sizzling look. The fact is still the same; only shapes are changing. Look at this Moon Brows trend, which is taking over the internet and becoming the talk of the town. 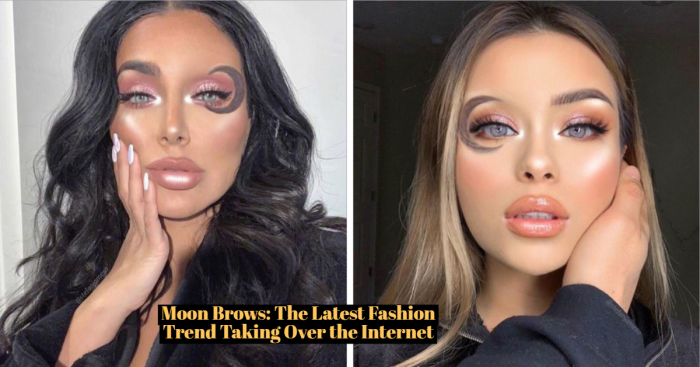 Threading brows are one major part of fashion these days. Hence, everyone is doing it but in their ways. Yes, it could be seen that people always tried to something unique to make it fashion trend. And forming brows is a huge part of it.

Yes, in recent years, threading, microblading, and brow tints became very popular in the beauty world. Its value went so high that now they are finding the next big brow trend.

How the Moon Shape Brows Came into Existence?

Well, here comes the latest, moon brow, the modern fashion accessory which is taking over the internet in a way that only brows can. And, there is no doubt that many people are in love with them.

Well, I do agree that this trend is certainly raising some eyebrows!

It started with the post of Hayley Bui, which reads,

Hayley Bui, the Founder of Hayley Cosmetics, is an Instagram influencer with 557K followers. Astonishingly, the moon-shaped brows look real, but the impressive design hasn’t been drawn on by Hayley herself.

Well, it's not even by anyone else. However, the moon brows are Photoshop edits by a 20-year-old Stefan James – who founded the modeling agency, Skyz Agency, which initially originated as editing page SkyzEditz.

In an interview with UNILAD, James revealed how he managed to transform a simple editing page into a successful business:

“It started off doing edits of influencers such as brow trends but I gained some amazing friends and connections with the models who I did the edits of and now I personally manage them.”

When asked how did he come up with the idea of making moon shaped brows, he stated that the credit goes to Hayley, his close friend because it came when he got chatting to her about her affection towards the moon.

The 20-year-old stated that it was not difficult for him as editing is his ‘thing’:

“I actually worked with one of my close friends Hayley Bui to create the idea. She loves the moon and she and her fiance Eric both have matching tattoos of moons. I just turned it into an eyebrow style as editing is my thing.”

James told that he wouldn’t be astonished if there are some people “running around with moons on their faces.” He states he’s had a ‘crazy amount’ of people recreating his brow creations in the past as well.

While talking about the criticism he’s faced for his designs, Stefan explained:

“[The brows have] had a crazy mixed reaction, some people love it and some hate it. I just created the edits for fun but it’s insane to see the nasty comments from people who are against it.
It’s all about creativity for me. I guess closed minded people don’t really like to see change. However, we’re living in a new era and being creative and thinking outside the box is probably one of the best things.
I personally love to see other people do it if not everything would be so boring and mainstream.”

At last, he was asked that what he’d say to those who would say fashion is going ‘too far,’ or call his designs ‘ridiculous.’ For them, Stefan said only these words:

“Life’s short, get a hobby instead of bashing other peoples creativity.”

Look at some more pics of Moon Brow designs: 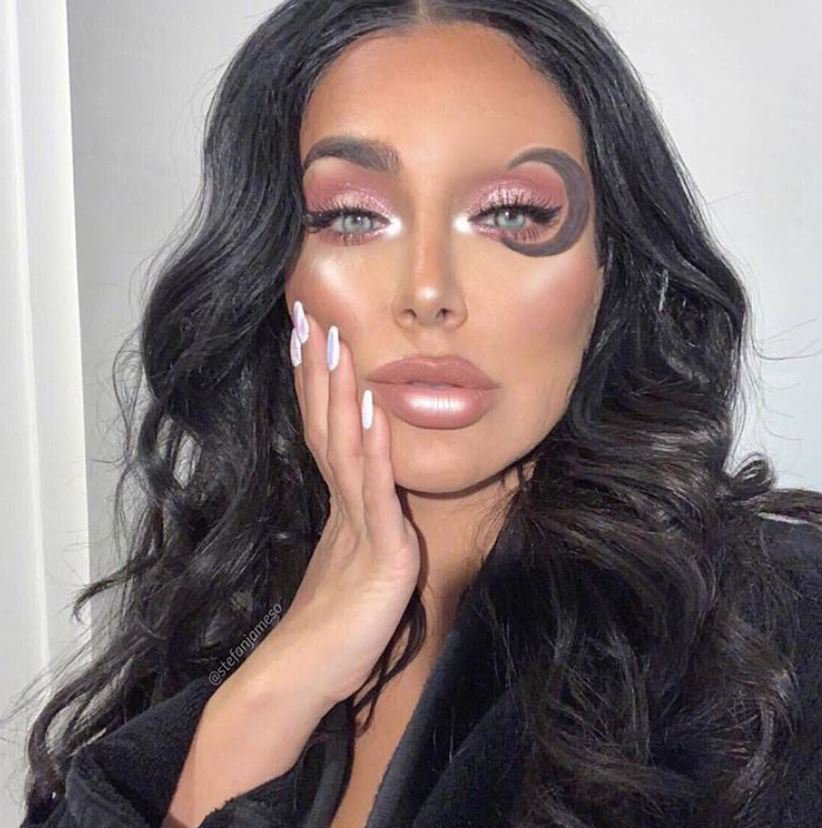 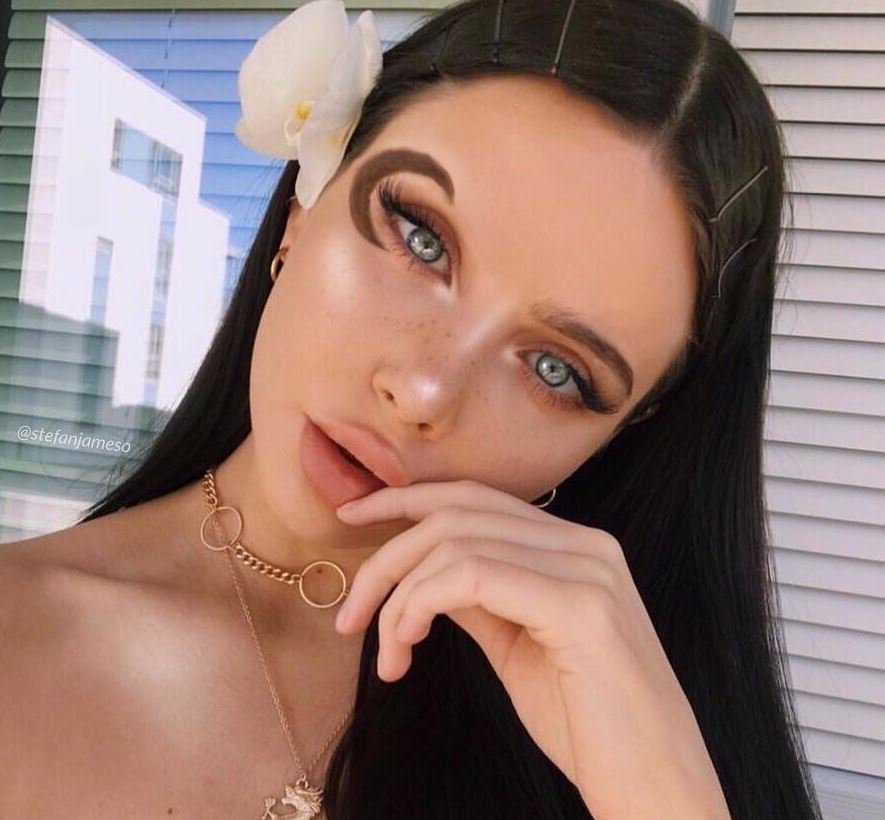 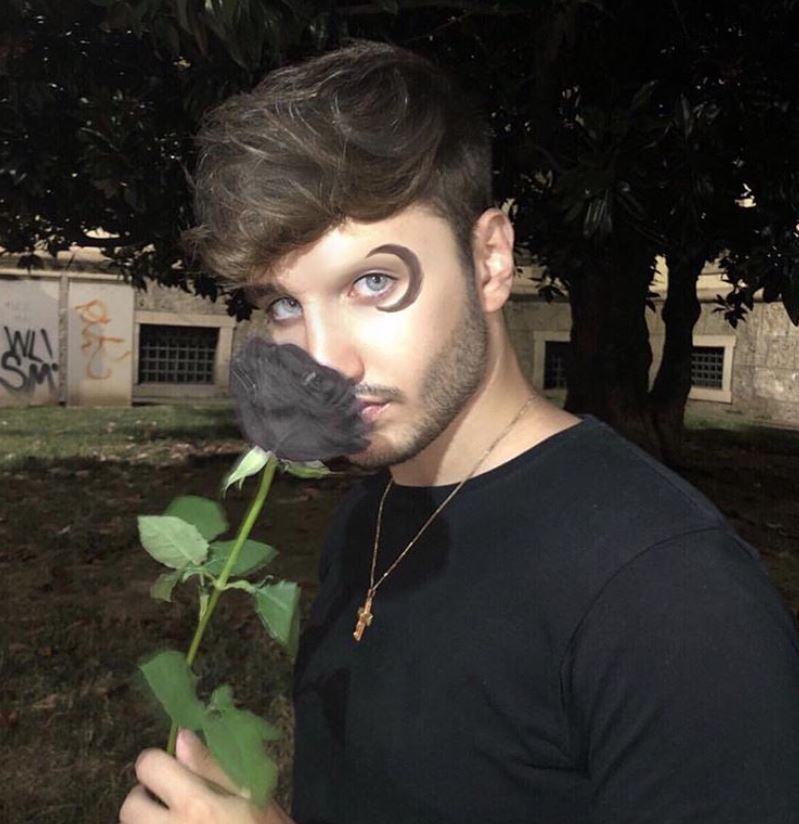 How He Came Up With the Idea of Pencil Shape Brows?

Before Moon Brows, one more beauty trend raised eyebrows that were Pencil Brow. It shows the brows drawn in the shape of tiny pencils, not the thin pencil-drawn brows of early nineties nightmares.

Huda Kattan, a 34-year-old American makeup artist, posted a picture with a caption,

“Pencil brows what do you think"

Huda is a beauty blogger and entrepreneur who founded the cosmetics line Huda Beauty. Styled to look like a lovely HB pencil, her eyebrow was not drawn on with her hands. But again, it is Photoshop edited by Stefan Oskys, Founder of SkyzEditz. 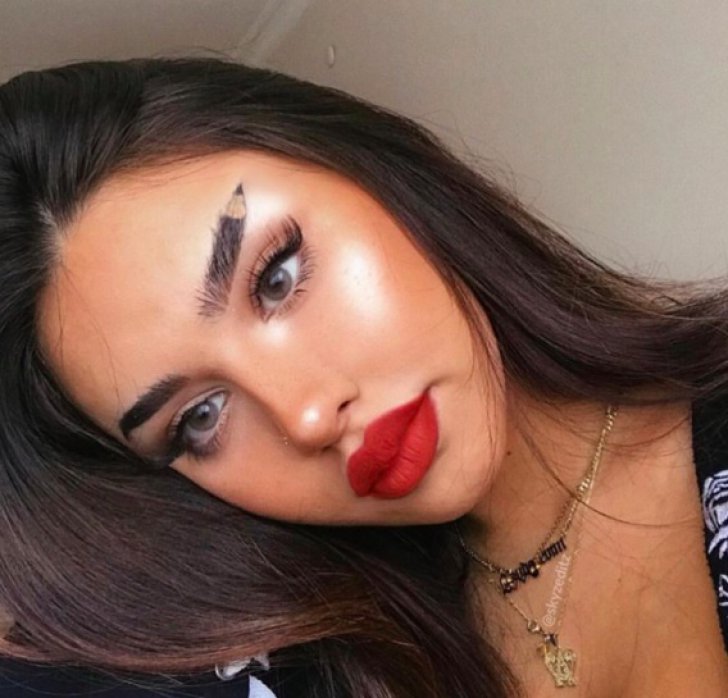 While interviewing with UNILAD, he told,

“Well when it came to creating this eyebrow I was just trying to be smart about it. Makeup pencils obviously play a massive part when doing your brows so why wouldn’t I combine the two to make a brow in the shape of a pencil!
As for the high heel brow, I was inspired by Apple emojis! I was scrolling through them seeing what I could potentially create and saw the high heel and thought ‘That would so trigger everyone’, let’s go with that one.”

Moreover, he adds, about the bloggers recreating his designs using real makeup. It shows how his work of pixelated pigments on a computer screen, has gone further than he could’ve imagined.

“A few people have asked me to create pencil brows onto them, which is always cool to see! But also a lot of people are trying it out themselves which I absolutely love.”

Stefan told that he admires the support of the beauty industry, speaking:

“When it comes to beauty bloggers, I have had a crazy amount of support from those which I have edited.
They really love the photos which I post and a lot of them share my stuff on their pages.”

About criticism on his designs, Stefan explained that there’s room for everyone. He said,

“I don’t really care about the comments on how my stuff goes against beauty standards. Editing is all about being creative and so is makeup. Who says there should be a norm?
That’s like saying there should only be one sexuality or one race, I say let people be themselves and do their own thing and take your boring mainstream culture elsewhere.”

Look at some more pics of Pencil Brow designs: 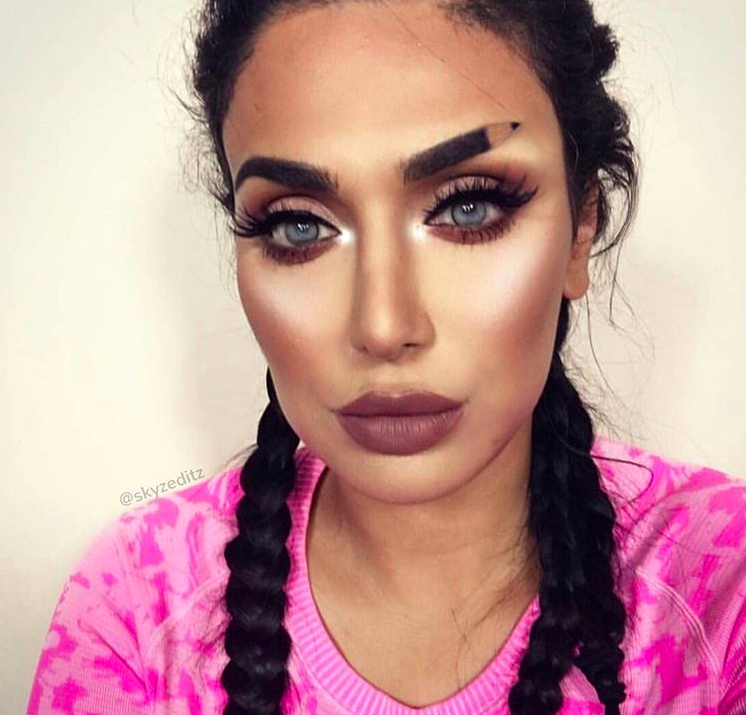 Do you like these brow designs? If yes, then which one? Let us know through the comment section!

13 Yoga and Fitness Influencers You Should Follow This Yoga Day