13 Yoga and Fitness Influencers You Should Follow This Yoga Day 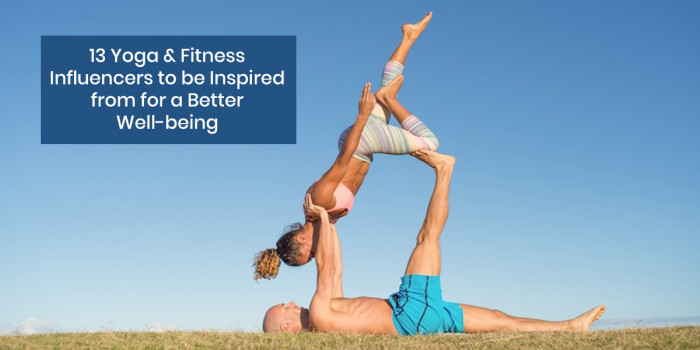 Today in this busy life, most people have forgotten to do exercise and yoga. But do you know how important yoga and fitness are to maintain good health? Fitness influencers like gym freaks, athletes, and yoga instructors are inspiring people to get in shape and to enhance the quality of life.

You will be amazed to see the potential and strength of these yoga influencers who bring out the best and inspire every individual with their fitness regime. If you are struggling to find out the right motivation to keep you fit, we have listed the best yoga influencers from across the world to keep you motivated. But, before that read about Porchon-Lynch, the oldest yoga instructor in the world. She proves that age doesn’t matter if you know how to live life to the fullest.

This yoga day, get inspired by these yoga influencers and follow their videos to improve your health and fitness.

Are you ready to get inspired by their fitness resolution? If so, here we go! 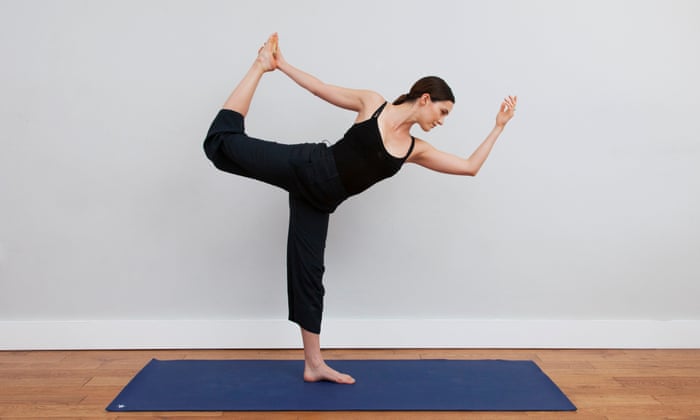 Adriene Mishler is a writer, fitness expert, and an international yoga teacher. With a professional theatre background, she also works as a voiceover and an actress for several films. She is popular for her Youtube channel ‘Yoga with Adriene’ and has 4 million subscribers.

Not many of her fans know that Adriene is the co-founder of an online library called ‘Find What Feels Good.’ She completed a college course in Kundalini Yoga and then started to give yoga training to people. Adriene was also named as one of the 100 best influential people in the fitness category.

She started her acting career from the movie Fall To Grace. She has also given her voice for several video games including Pirate 101, Serious Sam3: BFE, and more. After learning yoga, she aimed to make people aware of yoga benefits.

So, she started a website ‘yogawithadriene’ that provides free yoga instructions. The website has yoga videos for teachers, bedtimes, heartbreak, depression, and other times. She also contributes to magazines and blogs that feature yoga instructions. 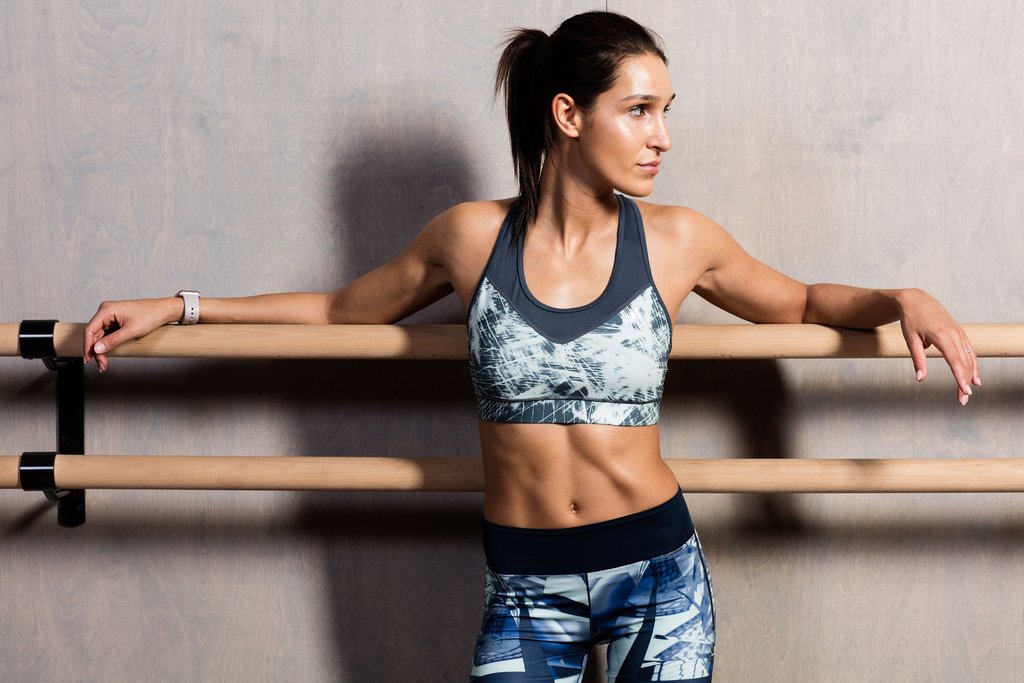 Author of the Bikini Body Guide and a personal trainer from Australia, Kayla Itsines, aims to help women to become stronger and more confident. She is followed by over 10 millions of people from across the world on Instagram.

In October 2016, Kayla and her partner Tobi Pearce were titled as the ‘Young Rich’ in the list of the wealthiest Australians who are under 40. After graduation, she took a job at a women’s gym in Adelaide.

Later, she started training her sister and other friends who want to improve their fitness. She also provided free group fitness classes in New York City, London, and Los Angeles. 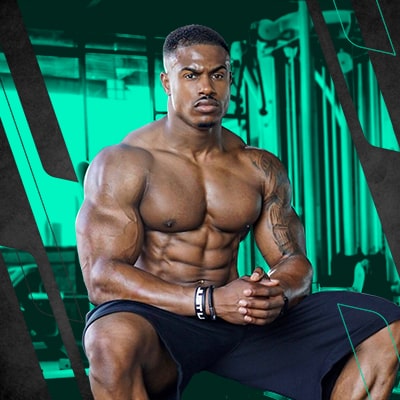 The British trainer Simeon Panda has over 5 million followers on Instagram. He competes in several shows from the world and even judges bodybuilding competition.

Simeon is also an owner of a clothing brand and sportswear company. He started weightlifting at a very young age and started researching and learning about the bodies’ anatomy.

Simeon has also appeared on several fitness magazines and won the European championships in 2013. 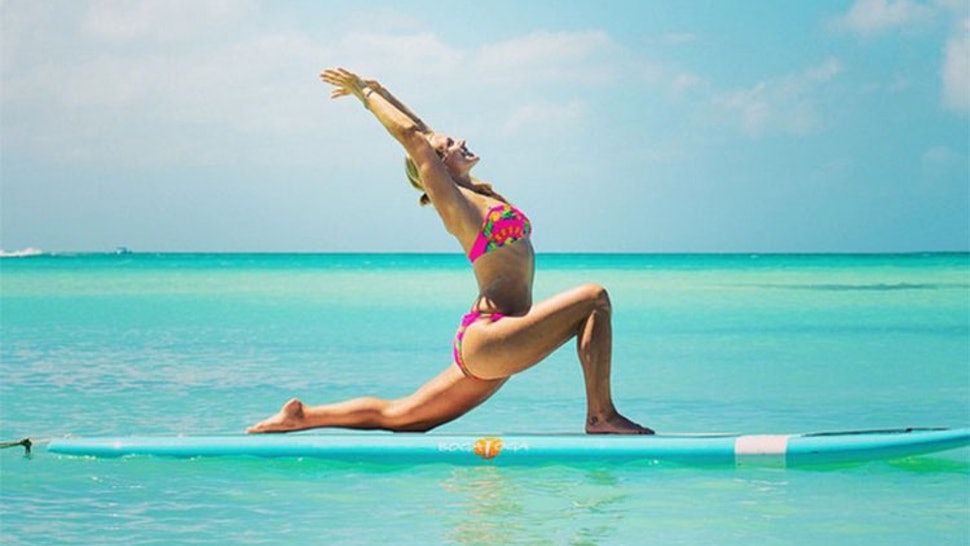 In 2017, Forbes added Rachel in the list of the best social media influencers in the fitness category. A partying teenager and a yoga instructor Brathen started practicing yoga after high school.

Her book Yoga Girl became a worldwide bestseller. It focuses more on trust, giving up sugar, and finding a balance in life. She can speak four languages Spanish, Swedish, English, and Papiamento and has a daughter Lea Luna. Rachel Brathen charges $25,000 per Instagram post.

After graduating, she traveled to Costa Rica to learn the benefits of yoga in life. You can check her yoga videos on her social media account. She made the best use of social media and worked hard to become the founder of oneOeight.com. 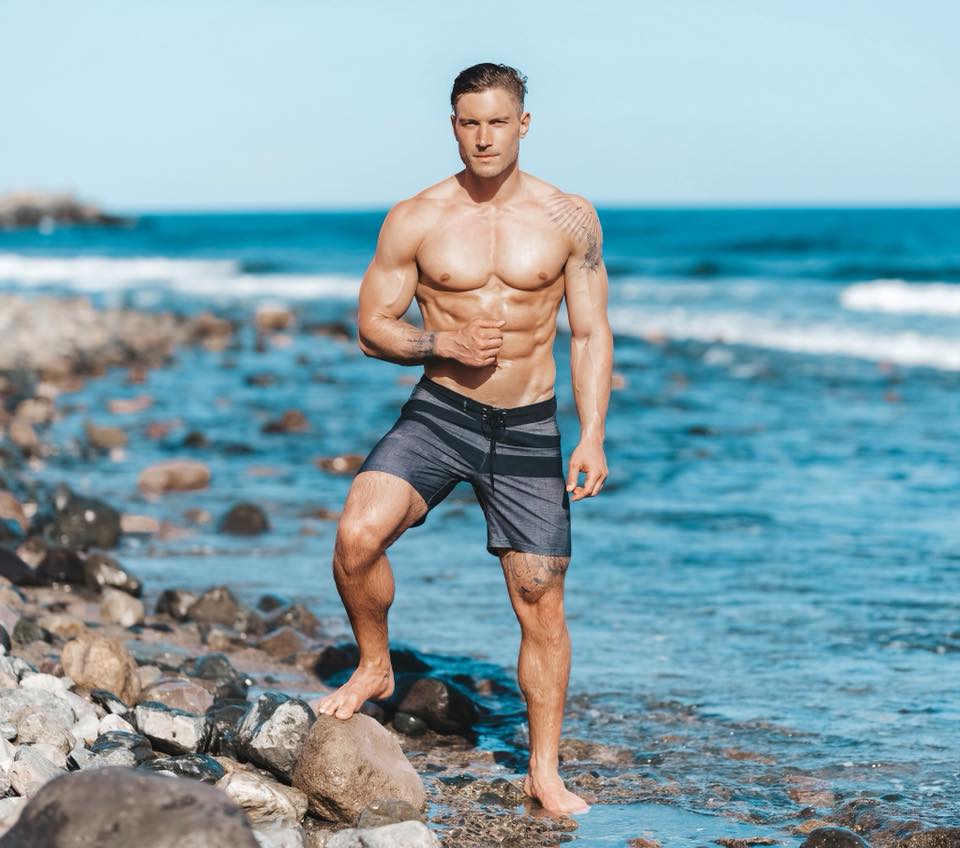 Maria Schafzahl is a popular coach who inspires every individual to stay fit and healthy. He partnered with several brands like Sports nutrition and OLIMP to promote nutrition products.

Mario is followed by over 65,000 people on Instagram and also posts short videos of his workout to train the individual. Visit his website and learn about his classes and training schedules. He also provides online coaching. 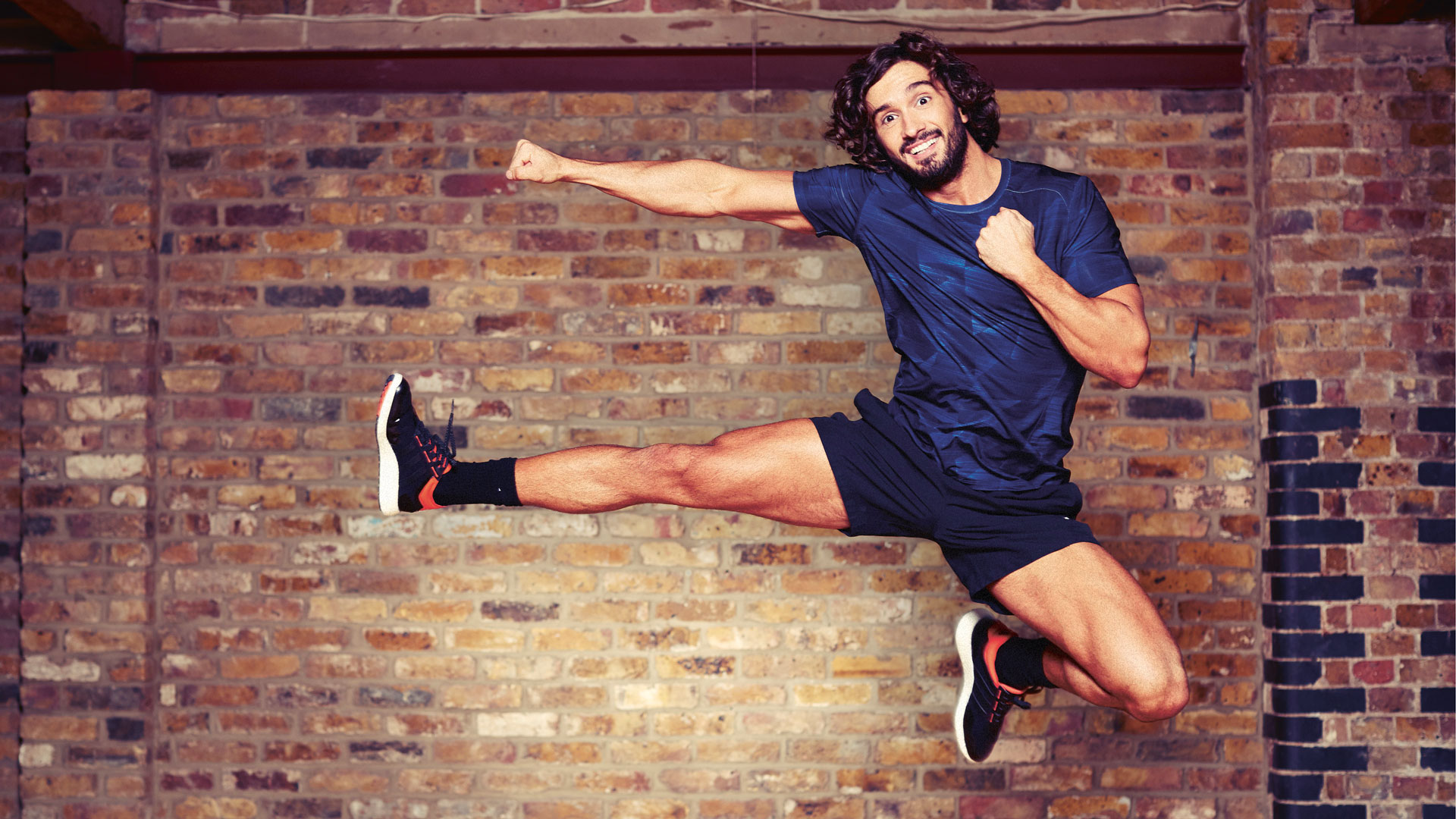 Born on 21 September 1986, Joe Wicks is not only an author and TV presenter but also a popular British fitness coach. He studied sports science at St Mary’s University in Twickenham.

His first published cookbook ‘Lean in 15: 15-minute meals’ became the bestselling book in 2015, having sold over 850,000 copies. He is a television presenter for a show The Body Coach.

The trainer is followed by over 5 million people on Instagram and is well known for sharing the best diet and fitness tips. Joe’s 90-day program includes several recipes from salads to protein balls and his workout activities. He is also featured in famous journals like The Times, Cosmopolitan, Grazia and more.

Some of his famous books are Veggie Lean in 15, The Fat-Loss Plan, Joe’s 30 Minute Meals, Lean in 15-the Sustain Plan, Cooking for Family and Friends, and more. 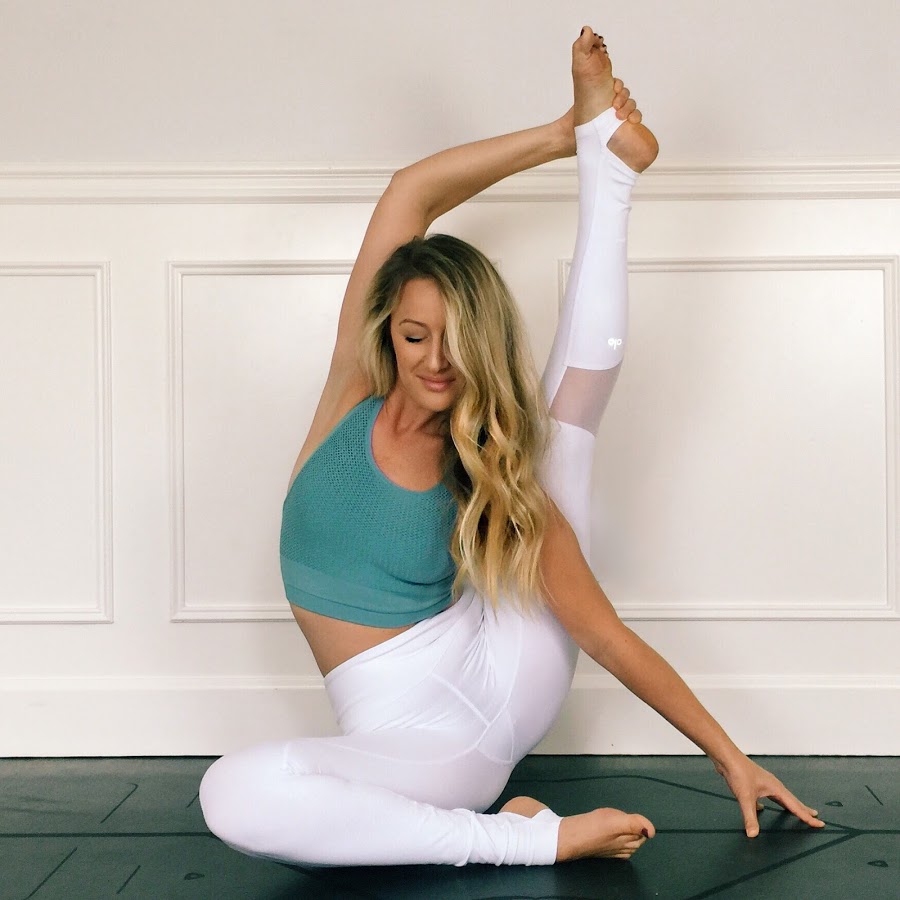 Based in Seattle, Chelsea is a traveling yoga instructor who started doing yoga in 2014. She is also the author of the book ‘Rising Up Stronger.’ Chelsea is followed by over 282k people from across the world and motivates individuals by posting videos of her workout session on her account.

"Nobody can live your life for you, but you only have one- so pull up the anchor and grit your teeth and take the leap into whatever you've been dreaming of!" 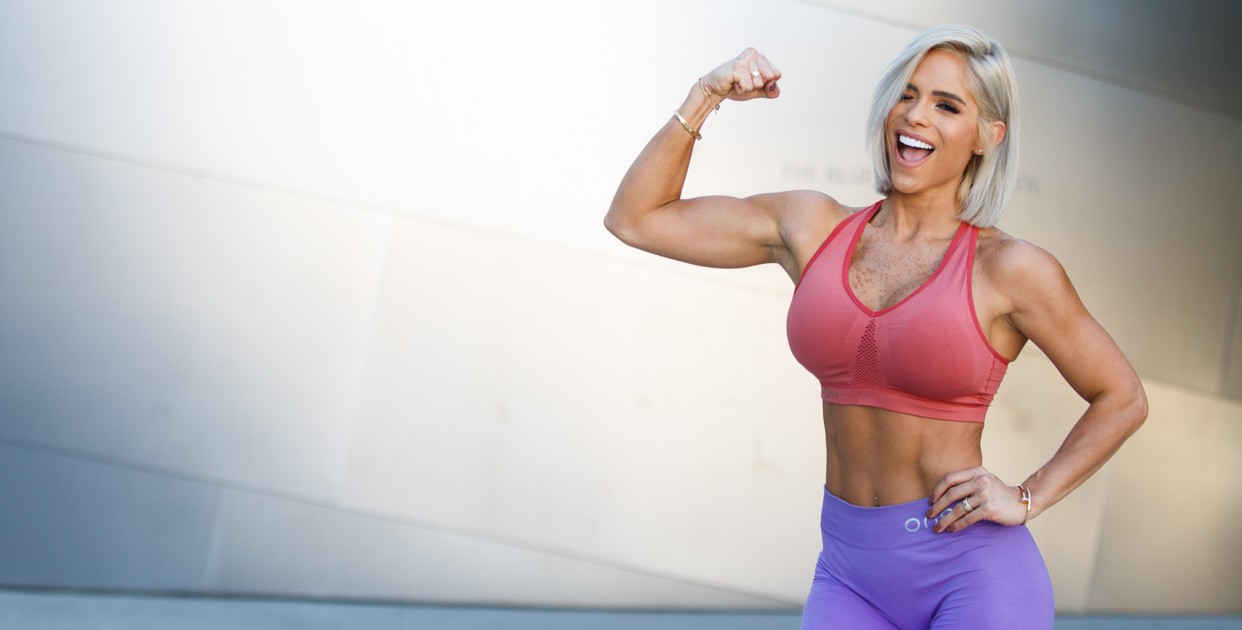 Hailing from Venezuela Michelle Lewin with over 13 million followers is one of the best fitness influencers. Do you know this 31-year-old diva charges $10,000 per Instagram posts for partnerships with several workout brands? Initially, Michelle worked in a local clinic in Venezuela but now turned into the biggest star in the fitness industry.

She is a part-time bodybuilder, part bikini babe, and part fitness model. She has been the cover girl for several popular magazines including Iron Man, Sports & Fitness, and more. Michelle now doesn’t take new collaborations as she is busy with her brands and home-workout equipment.

She has also created two apps – Mealplan and Fitplan to motivate her followers. The app Fitplan focuses on exercise tutorial and performance tracking, and Mealplan provides healthy recipes and dietary plans for better training. 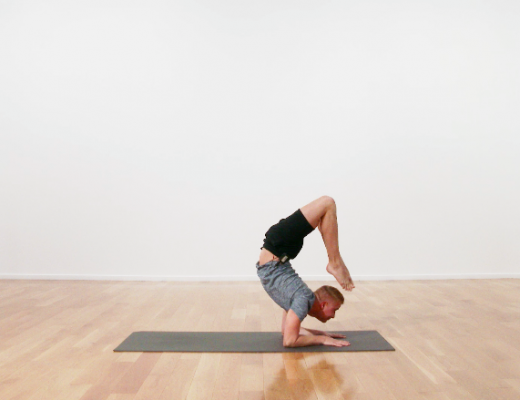 Taylor Harkness is a popular yoga instructor who aims to motivate people to do yoga. Apart from being a yoga trainer, he is also an avid rock climber. Taylor is followed by over 34,000 people and frequently posts a short video of his yoga session on his account.

Passionate about human anatomy, Taylor experienced and learned a lot about the body, how it works, and the consequences when it doesn’t work. Once in an interview, he revealed how yoga helped him in coming out of the darkness. He said,

“Being surrounded by all of that darkness sort of hardened me. I owe it to the yoga community for helping me back toward compassion and empathy.”

He urges everyone to do yoga and meditation because they have positive effects on the body. They increase focus and also decrease stress. 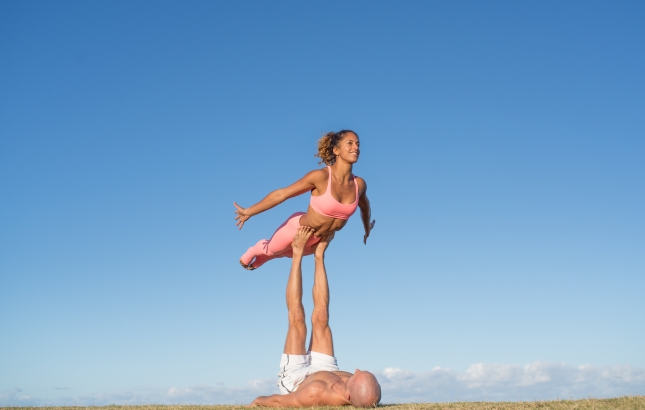 Both Claudine and Honza Lafond began their yoga journey with meditation. The couple surprises everyone with their AcroYoga sessions. They believe that yoga makes you a more compassionate person. The couple travels across the world and gives yoga sessions to motivate people to do yoga. 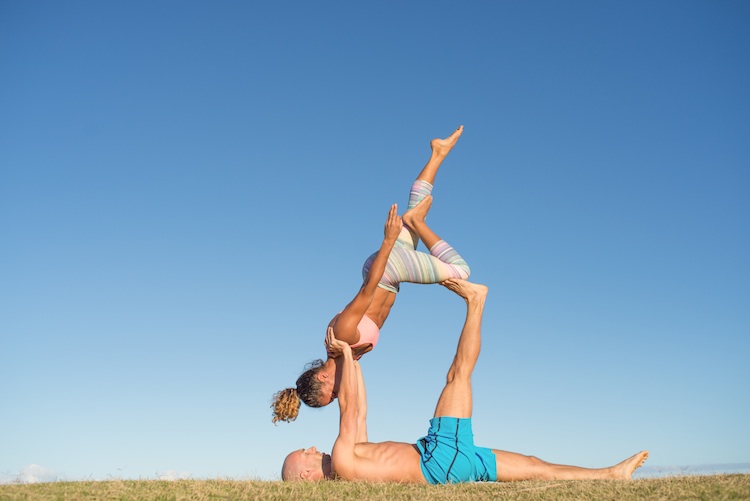 They are the founders of YogaBeyond and are known for their unique teaching style. The couple aims to teach adults how to reconnect with the child within and to focus on building strength and finding balance. Do you know any other yoga couple? 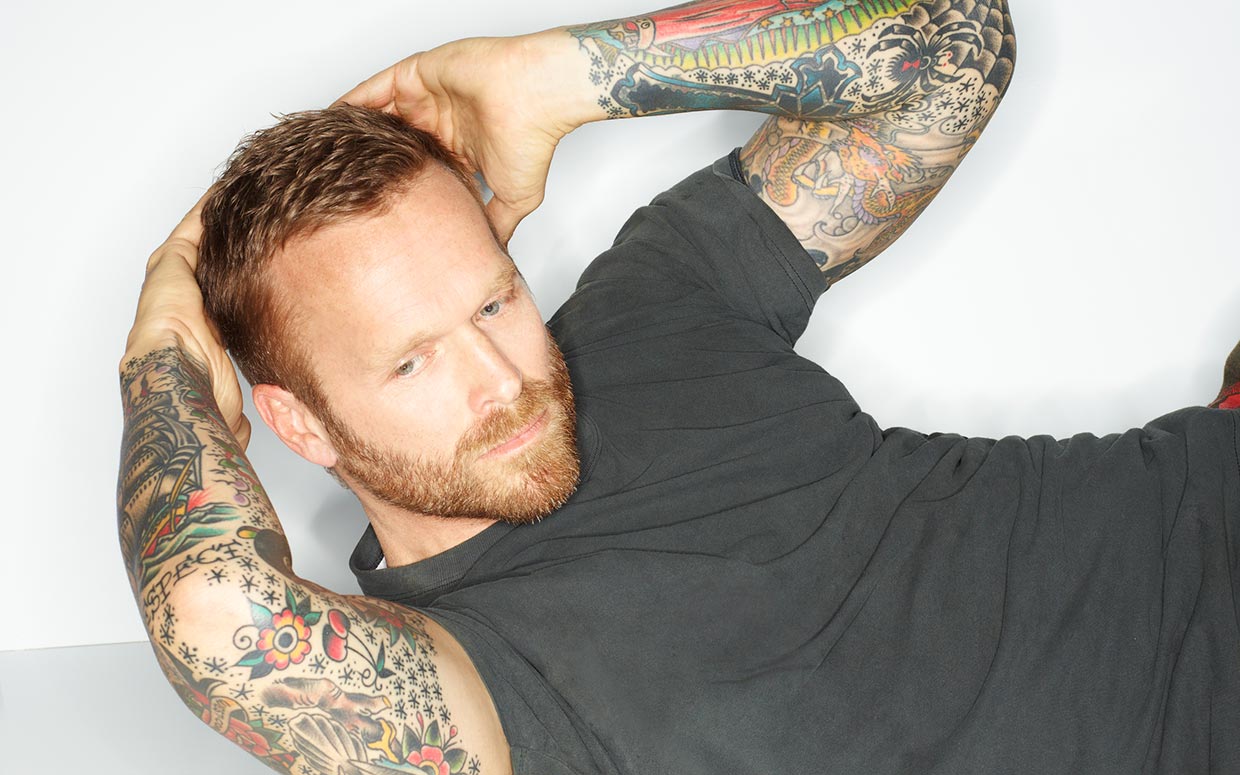 Born on 18 August 1965, Bob Harper is an author and a trainer. He works as a personal trainer for several celebrities including Jennifer Jason Leigh.

It was in 2010 when Bob launched a website, mytrainerbob.com where subscribers can receive coaching and discuss their lifestyle. After reading the book Skinny Bitch, Bob turned into a vegetarian. The same year, PETA titled him as the sexiest male vegetarian of the year. 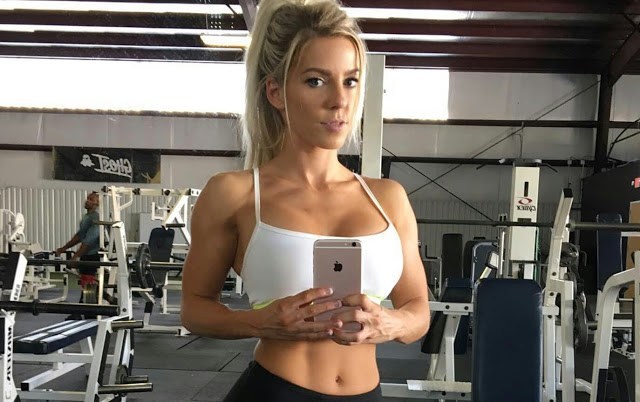 If you are searching for weight loss ideas and workout videos, then you should follow Heidi Somers. Most of the videos posted on her YouTube channel include weight loss and dieting plans.

She has been through difficult times in her life. She lost her job, failed in a relationship, and met with an accident. She even started eating unhealthy and gained a lot of weight.

Heidi started to decide afresh and found Crossfit. Since then, she is known for her post workout, diet tricks, and vlogs. She became an athlete for 1Up Nutrition and also competed in several CrossFit competitions.

The diva is followed by over 1.5million people on Instagram and inspires people to stay fit and healthy. Here are some best diet plans according to science that you should follow.

Lyzabeth Lopez is of the successful personalities in the fitness industry. Very few people know that she started her career as a cheerleader and then found her way into fitness. By the age of 16, she began teaching gymnastics and aerobics.

Lyzabeth made her debut in the WNSO competition in 1999. Since then, she is participating in several competitions and achieving her dream physique.

When it comes to fitness, everyone should be aware of what it takes to become strong and fit. It is no secret that gymming and yoga practice has taken over everything in the last few decades.

Whether you are looking for someone to motivate you, or for best yoga videos, following these influencers will make a positive impact in your lives. Get inspired by these yoga influencers and stay fit.

You will be surprised to know that a recent survey conducted reported that nearly 45% of people have a subscription to do yoga online. Although the majority of people want to practice in the park or one-to-one, it is clear that the internet is making a great impact on everyone’s lives.

If you also want to learn yoga and health tips to stay fit, check these influencer’s videos and start practicing. Are you ready to take out yoga mats and do some yoga?

Do you have any other ideas to maintain your body? Drop your comments below.