Richard M Nixon Was A Head In The Polls In Futurama

Futurama like other adult animation shows features a lot of skits with real life people and events like former US President Ric... 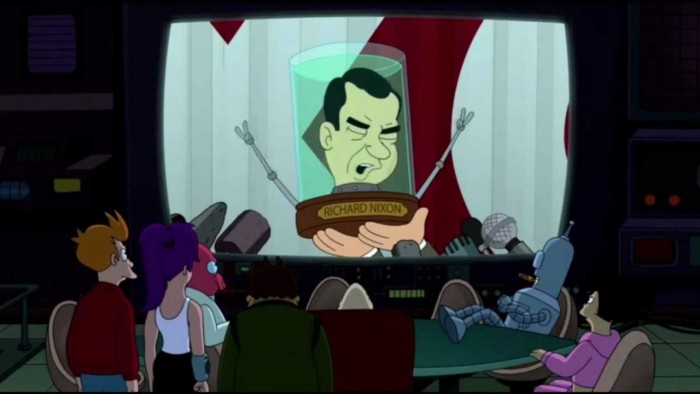 Futurama like other adult animation shows features a lot of skits with real life people and events like former US President Richard M Nixon, the episodes that feature Nixon are funny and the sarcastic references are just ridiculous. 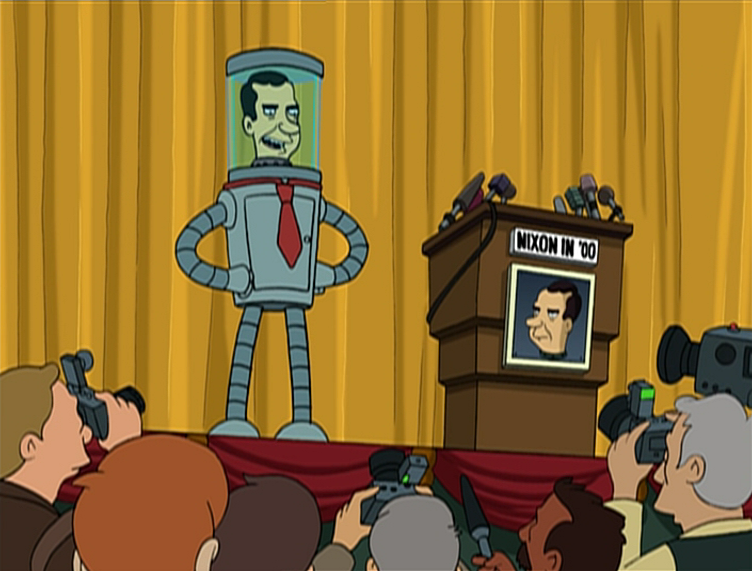 Richard Milhous Nixon was the President of the United States and is the current President of Earth. By 2999, his still living head was preserved and on display at the Head Museum in New New York City. He is the main antagonist of the episode A Head In The Polls. 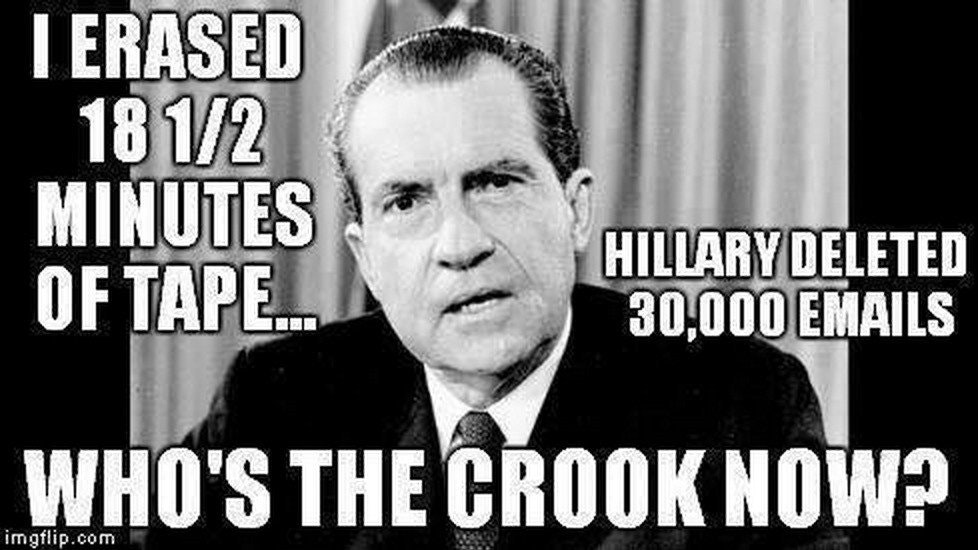 The animated science fiction show Futurama presents a satirical look at politics and current affairs in a number of its episodes. Series creator Matt Groening intended from the outset that Futurama would lampoon not only the conventions of science fiction but elements of present-day life, serving as a form of political and social satire.

Futurama Nixon Came In the Scene “When Aliens Attacked” 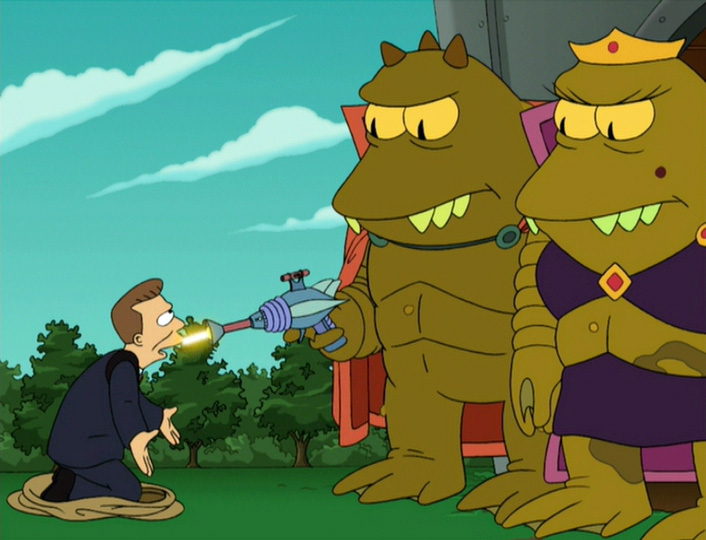 The President of Earth is introduced in the episode "When Aliens Attack", in the person of President McNeal. In a case of mistaken identity, McNeal is vaporized by invading Omicronians. In a later episode, "A Head in the Polls", a presidential election is held. Initially, two clones, John Jackson and Jack Johnson, run for the presidency, representing the "Fingerlican" and "Tastycrat" parties respectively.

Futurama Nixon Was Seen As A Protagonist At First; Pointing Out His Good Political Aspects 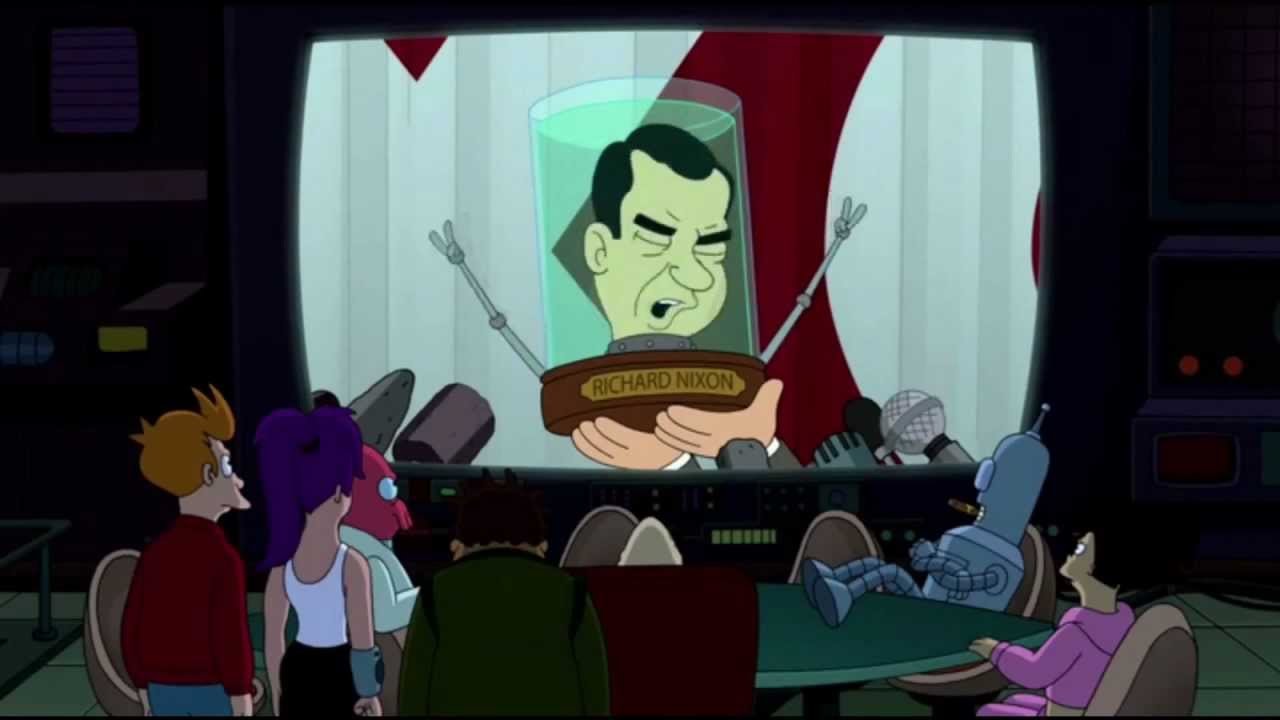 Later in the episode, Richard Nixon enters the running, his living head preserved in a glass jar and mounted on Bender's previously pawned body. At first Nixon's head is presented in a positive light, an effort by the writers to point out laudable elements of the real Richard Nixon's political career.

But Writers Of The Show Had Other Plans

However, it is soon revealed that Nixon's head has evil intentions, planning to "sell children's organs to zoos for meat" and "go into people's houses at night and wreck up the place!" His campaign is almost undone after Fry, Leela and Bender record his confession and use it to blackmail him into giving back Bender's body, but he wins by a single vote after overwhelming support from Earth's robotic voters in response to his colossal new robot body. Recently some said that this episode anticipated the political rise of someone like Donald Trump in U.S. politics, saying that "throughout the episode, Nixon is the obvious Trump surrogate." 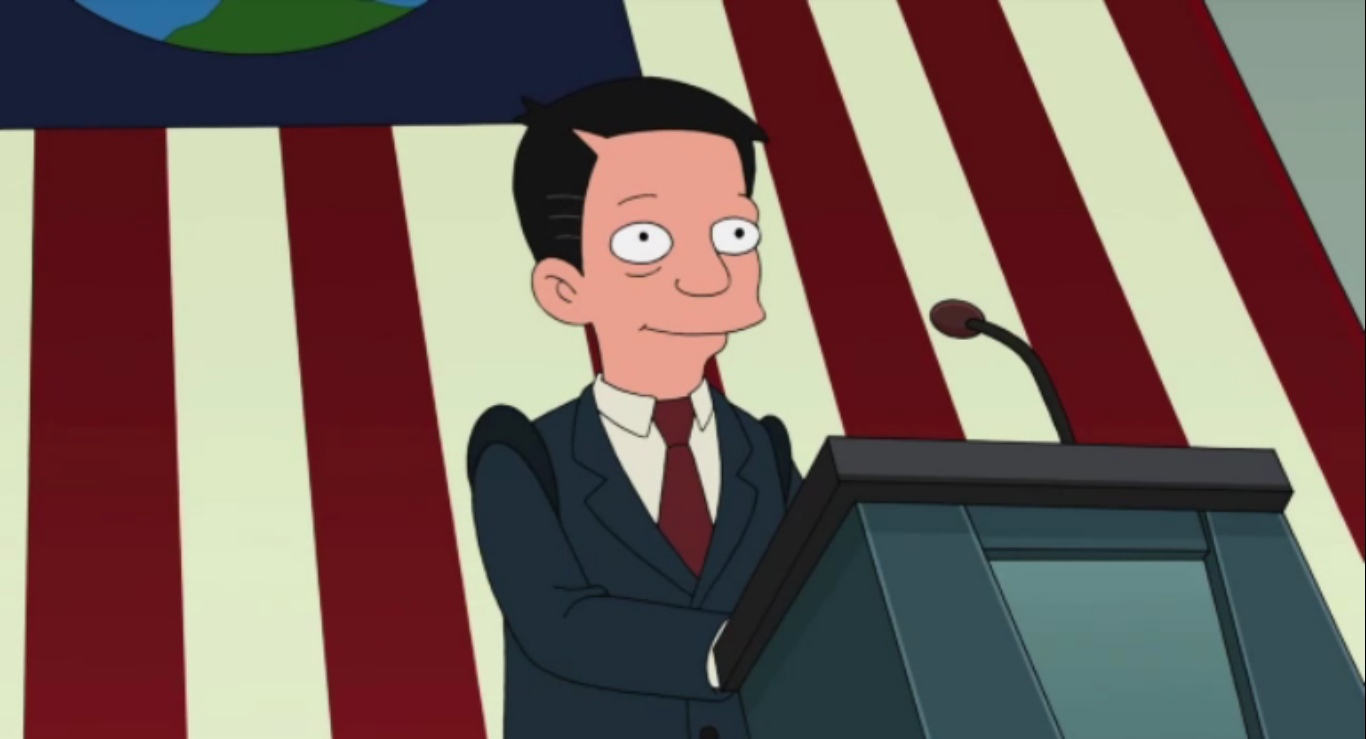 The Boston Phoenix included the episode "A Head in the Polls" in a list of the best political satires in animation.

During the 2016 presidential election in the United States, voice actor Billy West read quotes of Donald Trump's doctor in the voice of Dr. Zoidberg.He also read quotes from Trump in the voice of Zapp Brannigan. Also during the election, there were popular memes which imposed Trump's quotations onto images of the captain of the Nimbus, Zapp Brannigan.