Mexico in American movies is shown as a place full of drug addicts and uncivilized people. Have you ever wondered why scenes taking place in Mexico are shown in a sepia colored filter? 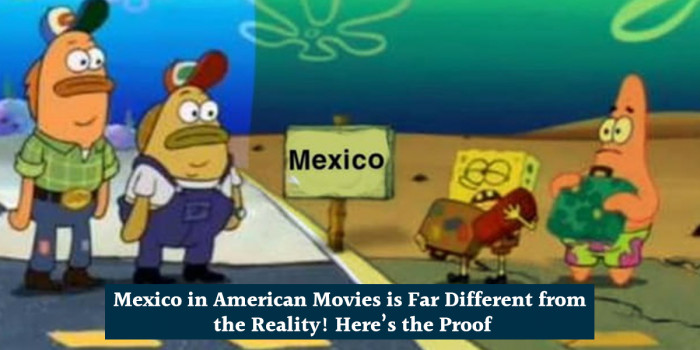 What is the most common thing you see on the internet today? Memes? Of course, yes. It is true that the internet connects millions across the globe but sometimes surprises us with viral trends.

You might be using social networks like WhatsApp, Instagram, Facebook, and Twitter to send text and to do video calls but, today, they have become an important source of memes. When a few memes made everyone laugh and went viral in 2018, this year some people have made memes on Mexico, how it is shown in American movies.

Back in 1978, a Palestinian American Edward Said wrote a book Orientalism describes the cultural differences and beliefs of the US and Europe. It involves seeing Arab culture as uncivilized and backward. This inferior representation of any country is still the most common thing we see in movies and read in books.

Both Latin America and Mexico are the targets of Orientalism. The places are portrayed as full of crime, violence, and drug addicts. People have noticed that Mexico in American movies is far different from reality. It is seen as hot and dusty, which is not true behind the camera.

Do the filmmakers do this on purpose? Whatever the reason may be, a few people have creative minds and have made memes out of this. I have heard that people become creative when they are bored and make impressive things. I wonder if creating a meme is also one.

The cliche of sepia tone for Mexico gained attention in 2001 from the film Traffic. The Christian Science Monitor discussed this while interviewing Dulce Maria Sauri who said-

“Everything in the United States is technicolor, it's neat and beautiful, while Mexico is sepia, old, and shadowy.”

After this, people started making memes on these differences. Take a look at the memes that are trending on the internet.

1. Even You Can Use Filters on the Pictures of America 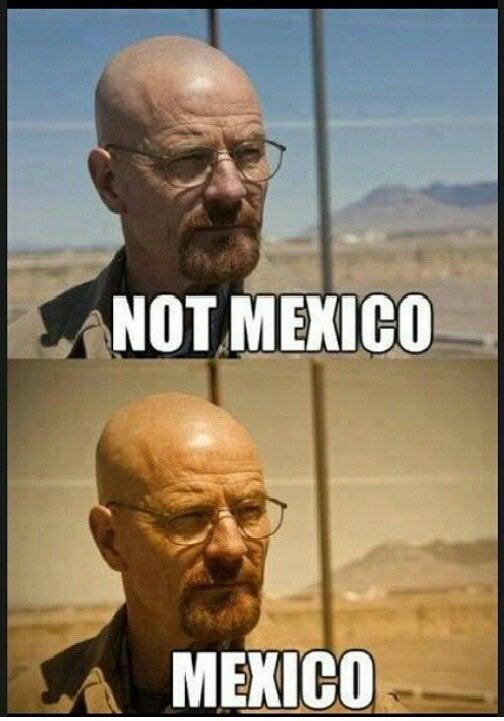 But why don’t they use?

2. I Think They Use Sepia Filter to Make it Look Dry and Hot 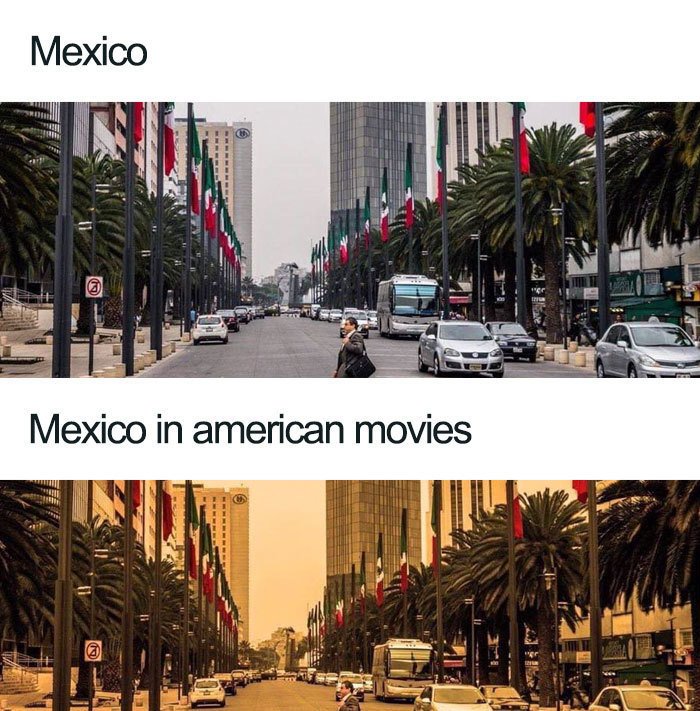 The sky in Mexico is orange. Really?

3. The Border Between the United States and Mexico after Watching Breaking Bad 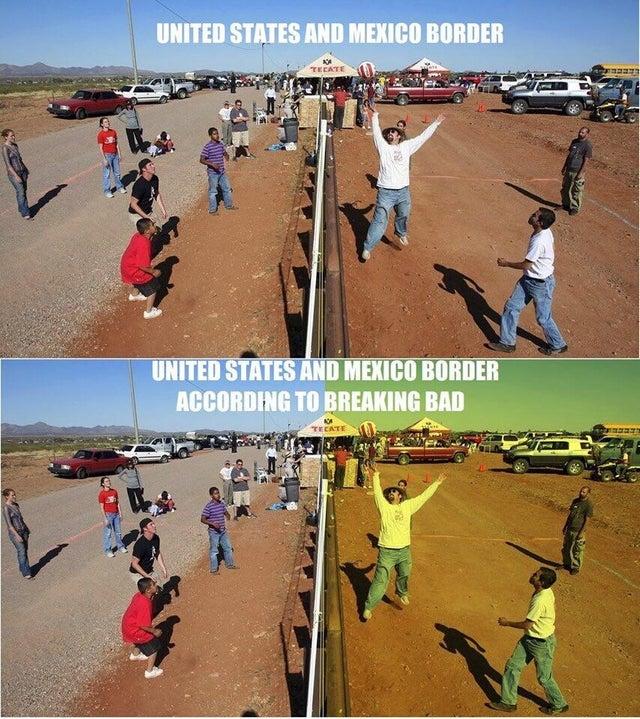 Breaking Bad has several color palettes for Mexican scenes. It was in 2018 when a person gained over 6000 points for posting this image (left) on its wall. Another user posted an image showing Mexico in the past (right).

4. Can You See the Difference Between Real and Fake?

5. Is This a Mexican Glass? 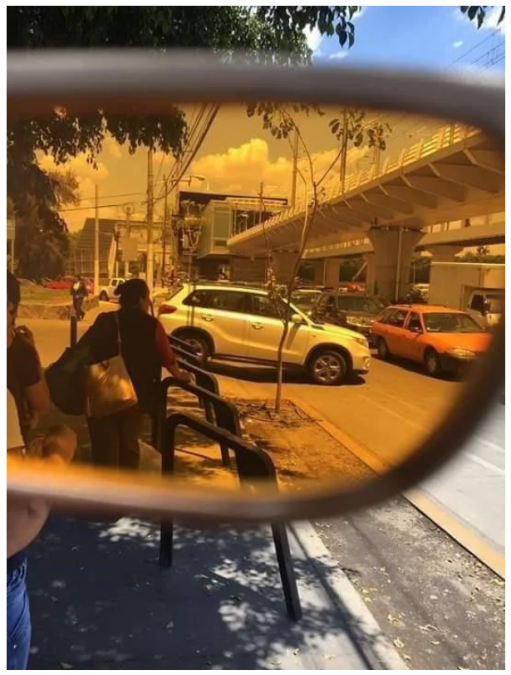 Is there any glass that shows Mexico like this? I guess anything would have looked orange with this glass. 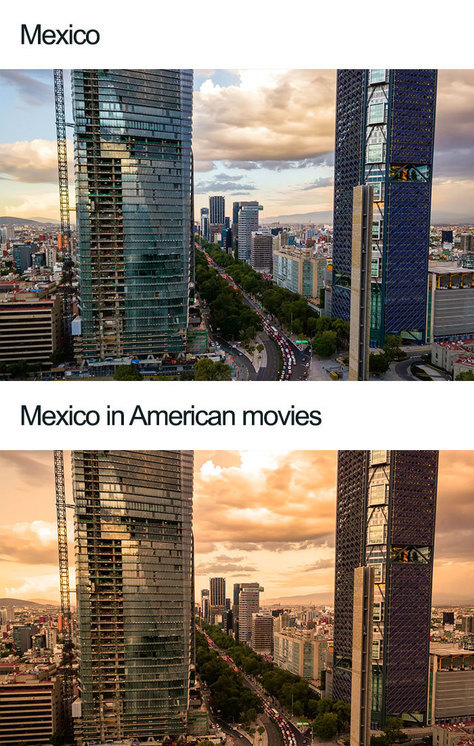 Why don't they capture the real Mexico in movies too?

7. I Didn’t Know That Keanu Reeves Also Loves Mexico This Much 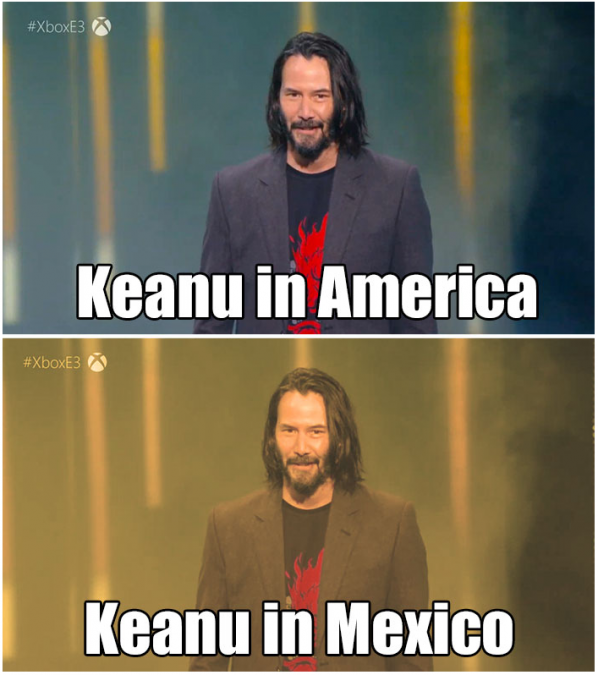 Being a talented actor, Keanu Reeves knows how to get fit into the place.

8. BTW, I’m in Love with Both the Pictures 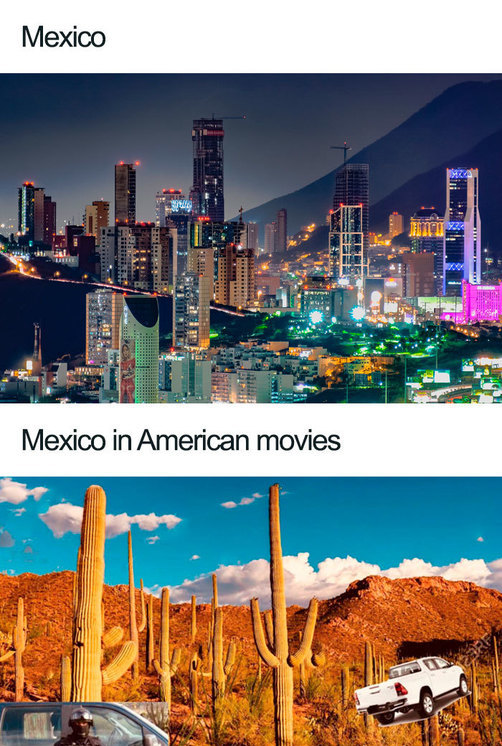 The mountainous backdrop in Mexico and colorful buildings is something worth visiting.

9. Is This What the Directors and Picture Editors Think When They Shoot for Mexico? I guess they have set the yellowish-orange color as a default color for the Mexican scenes.

10. I Don’t Think This is the Before and After Picture of Mexico But Let’s Assume In this, the after picture of Mexico is looking better. What do you think? At least for one picture, the editor has done a good job. 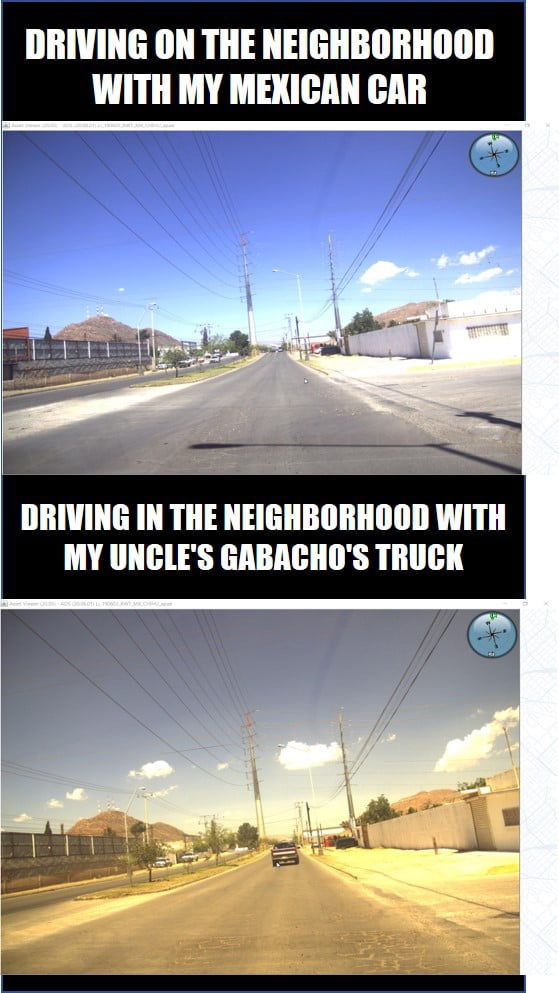 12. The Mexicans are Also Making a Fun of These Memes 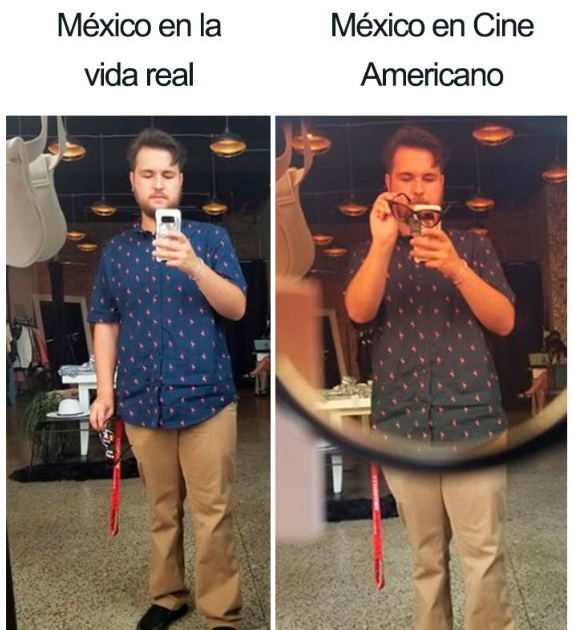 Do they enjoy becoming a part of a meme? I don’t think so.

13. This Meme is at Another Level 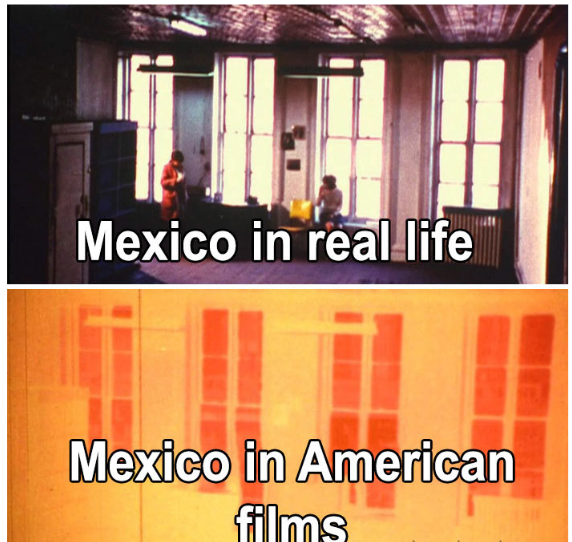 14. Both are Movie Scenes, Then Why is There a Difference? 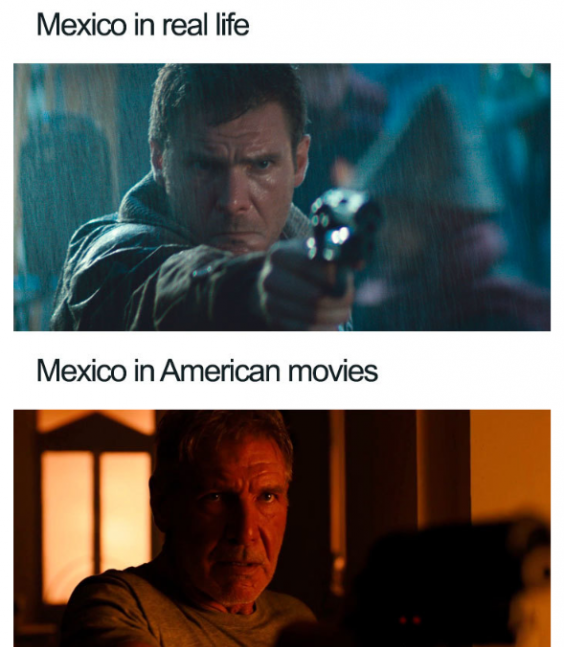 Both the guys are pointing the gun, but why does the Mexican one have an orange background?

Everything has its bad sides too. Taking these memes as fun is cool, but some internet users have started trolling Mexicans and passing racist comments about stereotypes. Think and ask yourself, are we here to make fun of people by showing differences in cultures?

Mexico has become a part of memes its fine, but this country has some amazing facts that everyone should know. It is one of the biggest countries in the world and home to over 15% of the world’s biodiversity. Mexicans aren’t lazy; they work for the longest average hours in the world. It is recorded that they work over 44 hours on average per week.

You are probably wrong if you think that Mexican is an official language of Mexico. There are over 65 languages recognized in Mexico, and Spanish the most spoken language in the country. It is the largest silver producer and home to the world’s smallest volcano, Cuexcomate. You will be surprised to know that the largest pyramid- The Great Pyramid of Cholula is not in Egypt but Mexico.

Mexico in American movies has become the most common and favorite meme that you can see on the internet today. Do you also like Mexican in American Movie memes? To be honest, I don’t find it to be great. Also, the media has a bad habit of describing things through their camera.

It captures the real image, but the picture gets edited and then portrayed as a weird or offensive. Apart from memes, here are some weird photos on the internet that are captured randomly and became a source of laughter.

Which of these Mexico American memes do you like the most? Have you ever been tagged by your friend on memes? How did you react to it? Drop your comments below.

30 Epic Police Memes to Make You Forget Your Monday Blues