Entertainment industry relies heavily on reality game shows that keeps people glued to their TV sets, some of these shows are just the ultimate favorites. 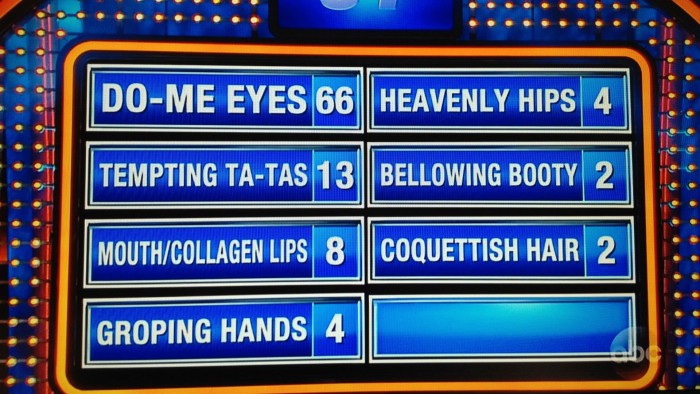 We love watching the game shows people play. This is the original reality TV — average folks trying to outwit, outplay and outlast their competitors. TV game shows have entertained viewers for years with everything from trivia questions to reality competitions – Check out our list of

The Amazing Race is a reality television game show in which teams of two people race around the world in competition with other teams. Contestants strive to arrive first at "Pit Stops" at the end of each leg of the race to win prizes and to avoid coming in last, which carries the possibility of elimination or a significant disadvantage in the following leg.

The Amazing Race took the reality competition game show concept and turned it on its ear – sending teams around the world in a variety of challenges.

The Newlywed Game delivered some of the best TV game show memories in the history of the genre. Originally hosted by Bob Eubanks, The Newlywed Game introduced audiences to “whoopee” as viewers learned about newly married couples’ s*x lives in a test to see how well each knew the other.

Deal or No Deal put Howie Mandel back on the map – that alone has gotta be worthy of landing on our list of the 25 greatest game shows. And Mandel’s dramatic pauses, calls from the banker and crazed contestants playing a game of chance for $1 million, and… well, we just dare you to look away.

Let's Make a Deal is a television game show that originated in the United States in 1963 and has since been produced in many countries throughout the world. The program was created and produced by Stefan Hatos and Monty Hall, the latter serving as its host for many years.

Wheel of Fortune (often known simply as Wheel is an American television game show created by Merv Griffin. The show features a competition in which contestants solve word puzzles, similar to those used in Hangman, to win cash and prizes determined by spinning a giant carnival wheel.

5) Who Wants To Be A Millionaire?

Who Wants to Be a Millionaire? (informally Millionaire) is an international television game show franchise of British origin, created by David Briggs, Mike Whitehill and Steven Knight. In its format, currently owned and licensed by Sony Pictures Television, large cash prizes are offered for correctly answering a series of multiple-choice questions of increasing (or, in some cases, random) difficulty.

4) The Price is Right

Come on down! Play Plinko, spin the wheel and go to the Showcase Showdown. And don't forget to spay and neuter your pets!

While Family Feud really hit its stride in the 70s and early 80s with host Richard Dawson (although he was totally creepy kissing all the ladies), it’s seen mini-revivals along the way with hosts like Ray Combs, Louie Anderson, Richard Karn and John O’Hurley. Survey says! Family Feud is a winner.

"Jeopardy!" is a classic game-show -- with a twist. The answers are given first, and the contestants supply the questions. Three contestants, including the previous show's champion, compete in six categories and in three rounds (with each round's "answers" being worth more prize money).

Match Game is an American television panel game show that premiered on NBC in 1962 and was revived several times over the course of the next few decades. The game featured contestants trying to come up with answers to fill-in-the-blank questions, with the object being to match answers given by celebrity panelists.