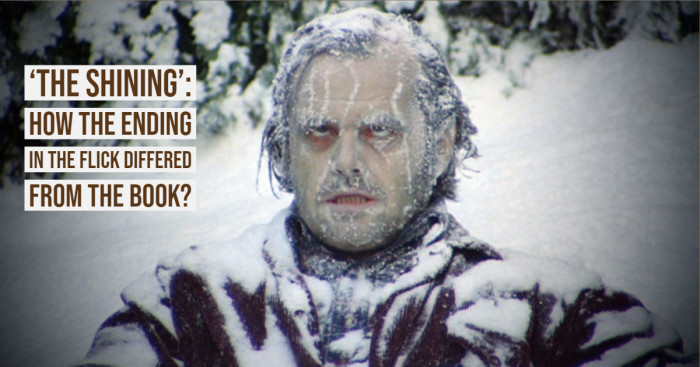 The Shining, one of the top ten horror movies of all time, was based on Stephen King’s eponymous novel. Although, Stephen was not at all impressed by Stanley Kubrick’s direction. Apart from Kubrick, the film was produced by Jan Harlan, and its screenwriter was Diane Johnson.

Well, the movie was widely perceived as a cinematic masterpiece. Also, the ending of the movie, showing Jack Nicholson’s character also named “Jack froze in the snow” is pretty bleak; I am sure you remember! Especially, before cutting to the ambiguous group image taken at the Overlook Hotel.

However, Jan Harlan, Executive Producer, and Diane Johnson, the screenwriter who worked on the script with the director Kubrick, explained in a recent interview with Entertainment Weekly that there were many other endings that the film nearly had, and they were all damn dull.

So, let’s read what all aspects Jan and Diane discussed regarding the movie with the ending of The Shining explained.

What is in the Book and How they Started? 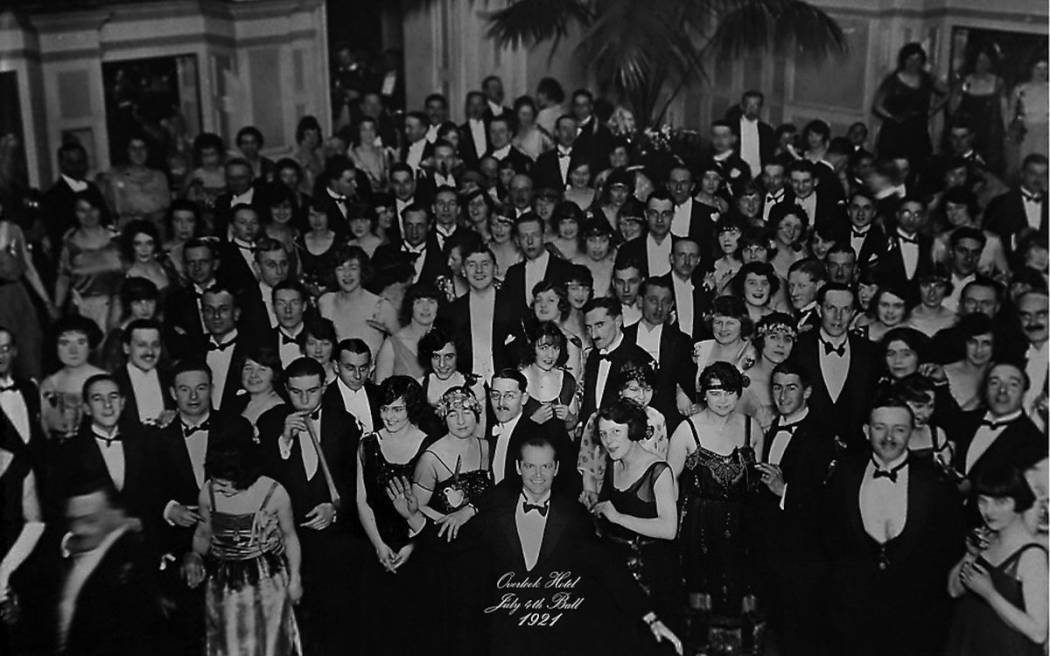 They also explained how Kubrick was not a fan of the book’s ending which marked the hotel burned to the ground with Jack still inside. Rather than that, Kubrick wanted to focus on Jack’s son Danny’s fear of his father.

“Danny’s relationship with his father was the thing that most interested Kubrick. He was emotionally involved with the point of view of a little boy who is afraid of his father.
I remember Kubrick saying that visually he could imagine a sjackmall yellow chalk outline on the floor like that they put around the bodies of victims. And Kubrick liked that image.
But he was too tender-hearted for that ending and thought it would be too terrible to do…”

Other Options for Ending 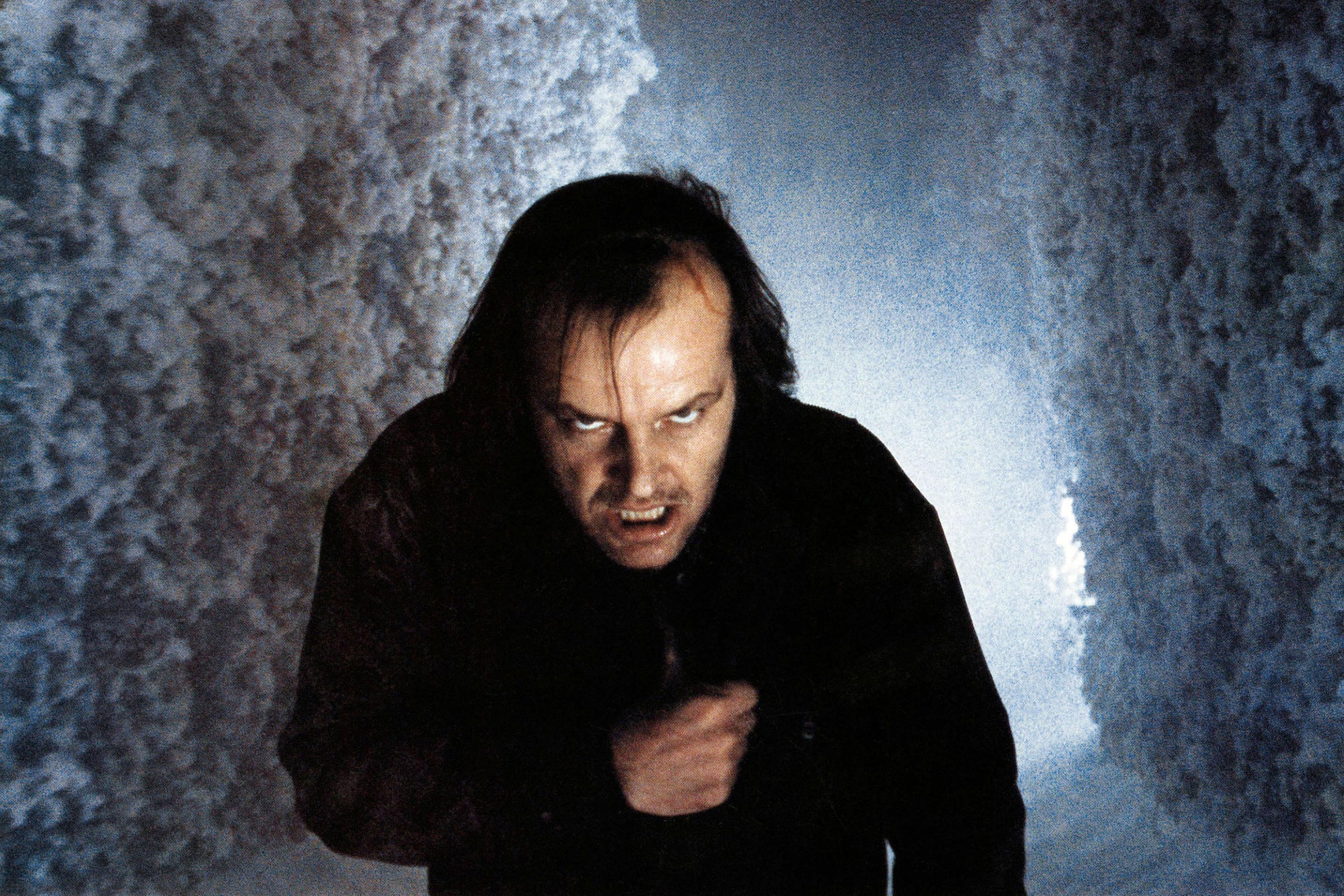 Other than that, the option was related to Hallorann, another movie character who also had the rare ‘Shining’ ability.

Those who are unaware, someone can shine means that one can easily communicate with others using the mind, and also they can pass the ability to see things that have happened in the past or will happen in the future to other people.

So, in this ending of the movie, Wendy kills her husband Jack, but when Hallorann finally reaches to the hotel to save the family, he gets possessed and takes Jack’s place.

“That’s right. We always had the powers of the hotel in mind. So the hotel would have been warping Hallorann’s mind for quite a long time.
It was an attractive idea that Hallorann is good [throughout the film], then he gets there and is possessed by the hotel into a monster surrogate for Jack.”

Well, it could be said that the concept of Hallorann taking Jack’s place is surely an interesting one because it plays on the idea that the hotel has a horrifying power of its own. Although, the producers claimed that they still think that the ending they went with was the most effective.

The Director Had a Deal to Modify Scenes 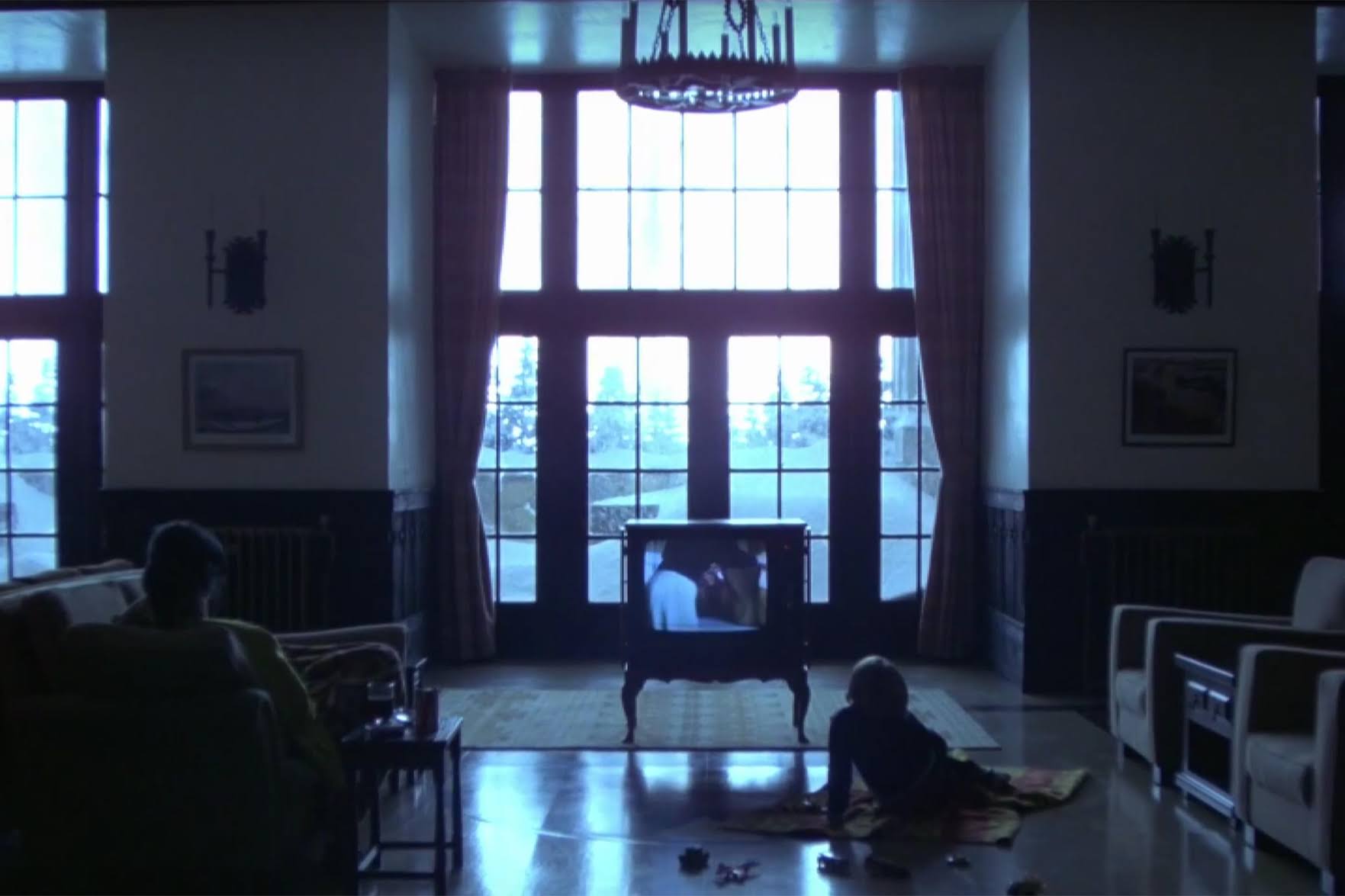 Jan Harlan also mentioned that at first, Stanley was not so interested in making the horror film. He even doesn’t believe in ghosts in real life. So, when Warner Bros offered the book to him, he said,

“Well, all right, it might be challenging to do this, but I must have the freedom to change whatever I like.”

Even the book writer Stephen King was perfectly happy with that [at the time], it’s a requirement to work on the film. Further, Jan stated that all we can see is Stanley turned it drastically.

Later, Diane Johnson explained about the ending that it was changed almost entirely because Kubrick thought it’s a cliche to mess everything up. He believed that different ending from this would be metaphorically and visually more interesting. He mentioned that they had also discussed the talkiness of the book. Also, they have skipped a lot of the script during filming, too — especially for Wendy who had many more things to say in the script than she executed in the film.

Why People Got Killed in Movie While Not in Book 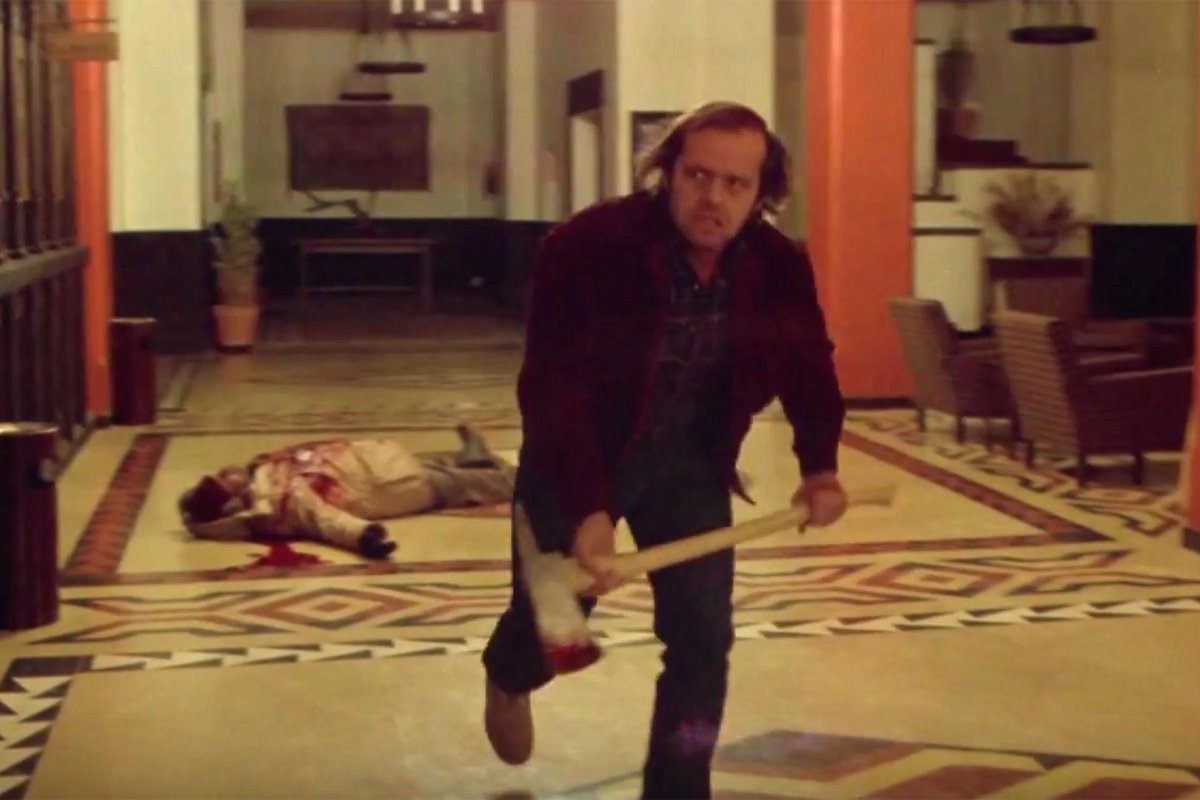 Johnson added that in the book, nobody gets killed except Jack. But Kubrick thought somebody should be killed since it was a horror movie. So to make this script of Kubrick live, we balanced the dramatic possibilities of killing off several characters and did many treatments for that. He stated we discussed it over in detail the possibility of having different people killed.

Then he mentioned that at one point, we even considered Danny for the ending’s tragic victim.

The Time When Director Himself Didn’t Understand Things

Harlan mentioned that any time someone from crew members asked him,

“Can you explain that to me?”

And those times even, he said,

“I never explain anything, I don’t understand it myself. It’s a ghost film!”

He used to explain further that anyone can’t imagine how much fuss was made over the big golden ballroom. 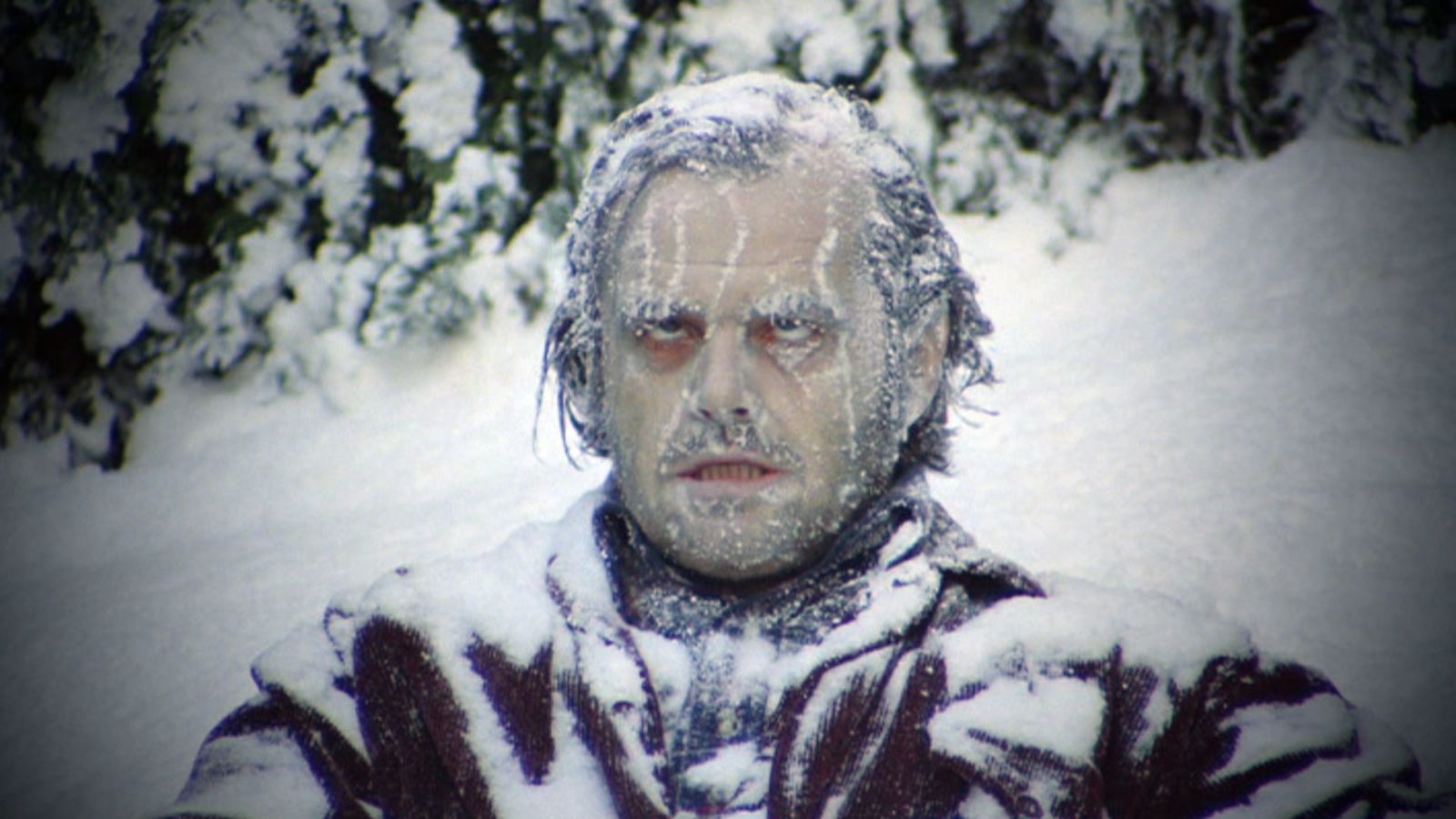 No wonder that The Shining movie had the most iconic ending in horror history or you can say one of the best ghost-encounters ever recorded in the movies. Also, it was incredible when Jack (Jack Nicholson) chases Danny (Danny Lloyd) through the hotel grounds. The final as well as the terrible shot of Jack on the ground, his frozen face, upward-looking open-mouth gaze, instantly freezes itself into the brain of anyone who observes it.

Still, as we know, the most of the questions were raised about the ending when Jack’s frozen stare cuts to a scene where Stuart Ullman, the Overlook Hotel’s manager, came to see Jack’s d son Danny and wife Wendy in a Colorado hospital where they’re recovering from their ordeal.

According to the screenplay of The Shining 1980, Ullman reveals to Wendy that investigators found “nothing out of the ordinary” at the haunted hotel. Yet, at the same time, Ullman provides Danny the same yellow tennis ball which Jack was throwing around before he tried to kill his family in the Overlook.

The director of the film wanted to add a layer of mystery in the ending instead of wrapping up The Shining story in an easily understandable bow. Even several kinds of research suggest that the ghosts were only in Danny and Wendy’s minds, but the tennis ball suggests that the place was haunted and that Ullman had something to do with it.

However, at last, both the producer and the screenwriter believed that the eerie image of Jack Nicholson frozen in the snow would forever be carved into our memories. Also, they mentioned that no wonder the end time group shot has surely opened the movie up to a whole host of fan theories. 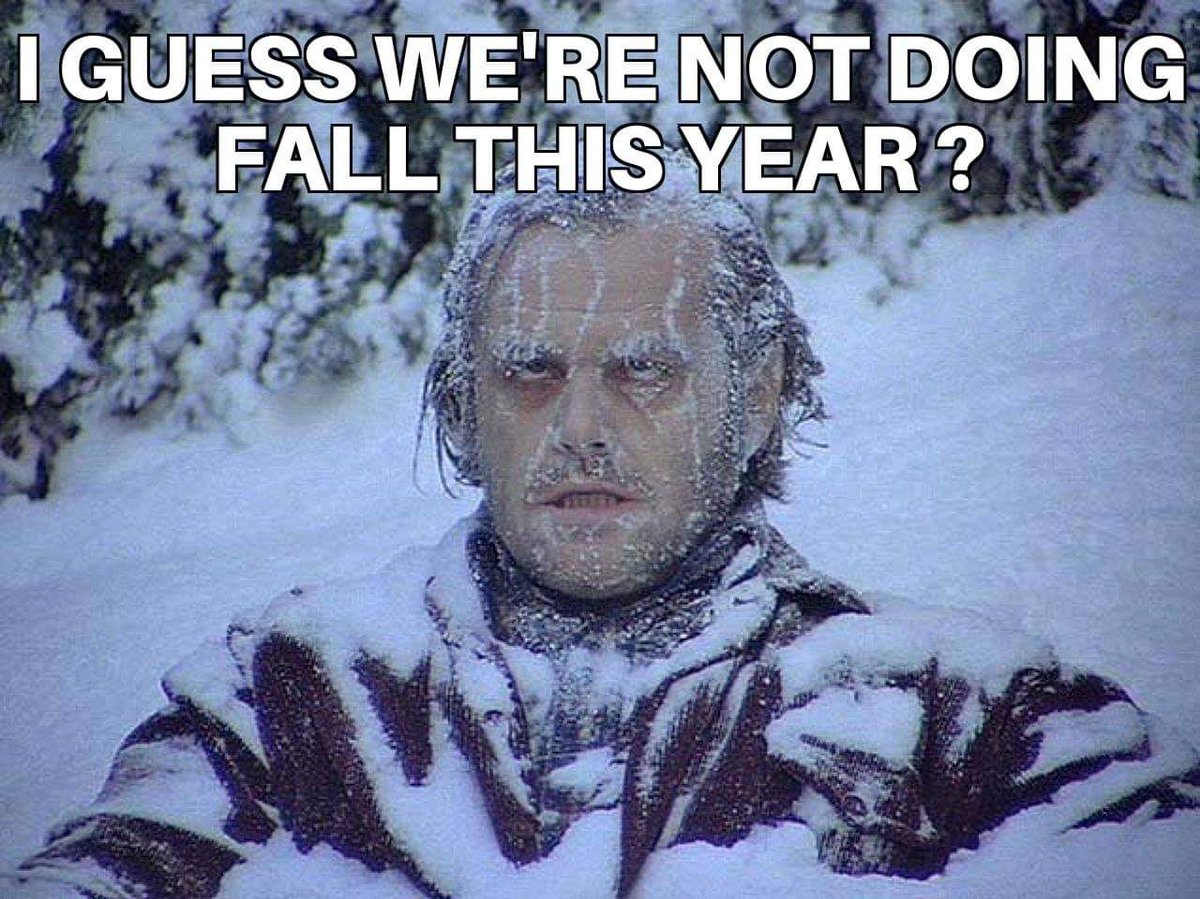 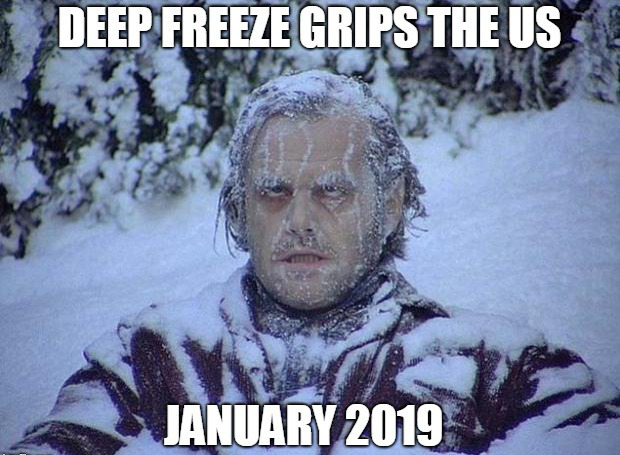 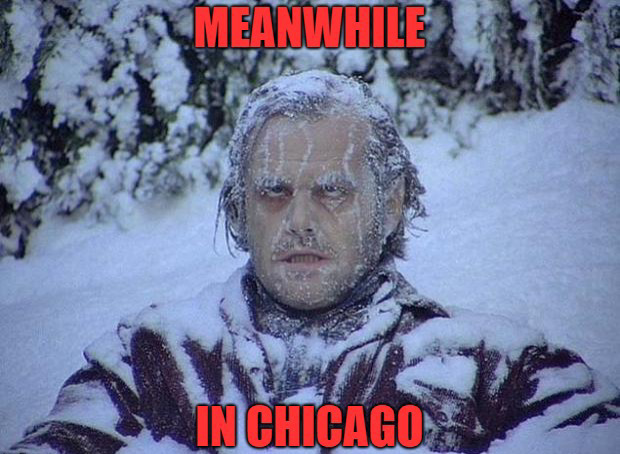 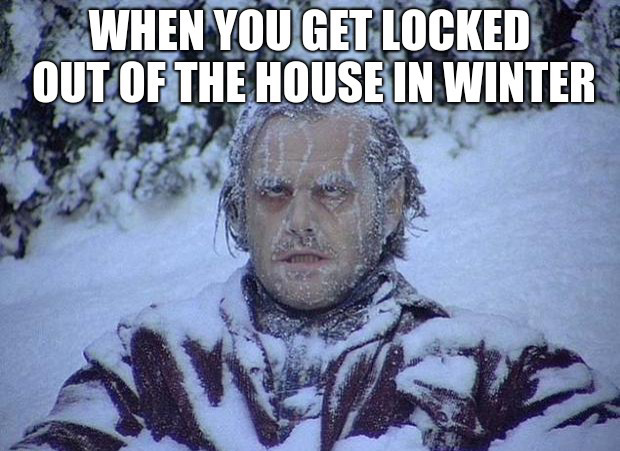