Whether it is a music concert or a play live performances on the stage only attracts and grab the attention until the feeling energies the whole aura. 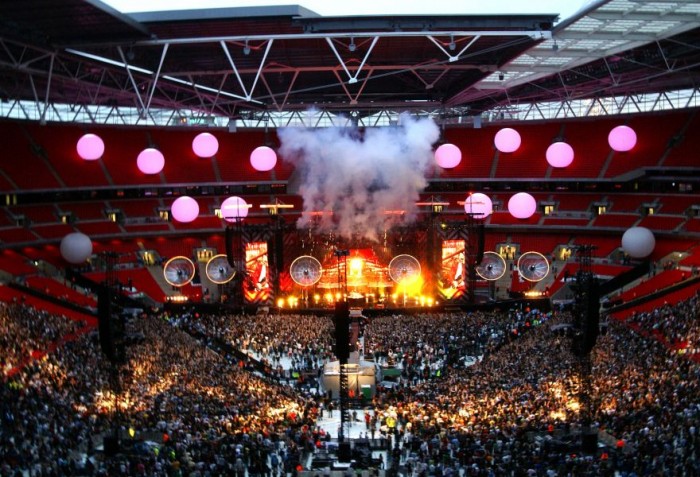 With the increase in live shows in the world, people are getting attracted to such an events. The celebrities bind the audience by their mind blowing wonderful performances which create the whole atmosphere musically. The people from different places come to watch these shows. These events change the whole scenario by its magic's. These events are the best to showcase the talent of any form is it drama, music, dance or anything else.

A famous pop star also known as the King of Pop is a popular American song writer, dancer and the world’s best stage performer the world will ever notice. He is a legendary artist for his fan following. He is a celebrity who has won many awards for being the most successful entertainer in the world.

Yes, definitely nothing can match a personality like him. His one of the best live performance Blood On The Dance Floor during his History Tour made him unforgettable amongst the heart of his fans. No doubt he was the best.

A famous unconditional love story written by Shakespeare gained a lot of fame and popularity in almost all the stage shows hosted by the popular theaters making a fictional story as the one made in the heaven. This play had destroyed all the limits to love and being loved by someone.

A great show in the literature and is therefore if considered according to art as the best show in the world. The ballet performance or another everything is loved by the fans of this story. Every show is appreciated by the audience as well as the critics.

Run the World a famous song performed on the stage of the Billboards Millennium Award 2011. The flooded stage with pyrotechnics gave the effect of a molten love. She is considered to be the queen of pop with its enthralling performance.

The song was such that it captivated the audience as it was a different mixture of culture and eras. Her performance at the awards was welcomed and appreciated by the critics and her huge fans.

They gave a live performance in the American Awards function 2011. She is an American singer whereas Pitbull is a rapper. Their combination on the stage rocked the audience. Both of them received a huge appreciation and applauds from the people all over the world.

This song was a career beginning for her as a  renowned dancer and a great singer. On the floor, a song was the most successful and had topped the thirty nations chart at that time. And still, the favoritism of on the floor song has increased many folds as this video has crossed 1.1 billion views.

Lady Gaga made it again by her performance which was awestruck and like a bedazzled Peter Pan. Her most of the performance is something more than amazing be it her current stage performance or Super Bowl halftime show. She is just a wonderful rock star. Her events hit a large number of spectacles from all across the globe.

Everyone is aware of this renowned personality. She is has soared as a  technical coordinator, Americana, and acrobatics. She is perfect in whatever she performs.

Blond Ambition Tour was her third American tour which was scheduled for her album, like a prayer and I am breathless. She is most eminent American Singer and Songwriter. This tour has been recognized as the iconic musical performance by the media and the critics.

This was considered as one of the best tours of 1990’s. In this show, she influenced the fashion world with her outfits. After the tour, the team members created the neoclassical themed performance of Vogue at 1990 MTV video music awards.

Opps was one of the best work of the Britney Spears, An American Singer. She is regarded as the princess of pop and is known to hit the pop culture with her magnificent performance. This album is taken as Britney's comeback show.

This show has a great impact of it on her career and is considered as the turning point of her life. Her VMA performance as thrust her back in the national spotlight.

This Famous Song Waka Waka is a song by the Colombian singer in  Spanish. This was the official song of the Fifa World cup 2010 which held in South Africa. The video of this song was such a hit that it sold near about 10 million units making it Shakira’s best selling song ever.

This song's purpose was to encourage one to aim for their goals just similar to a soldier in the battlefield. Her performance was appreciated all over the world making her one of the top pop singers.

The famous rock concert in America where the people of the rock band found themselves to be more popular than the Jesus. It was on 30 the January 1969 that the Beatles American tour became the best of their life. Singing from the rooftop of the central London office.This concert marked the end of the music for their fans. This live performance was the best one by the Beatles.

If you haven't watched these performances then do watch and enjoy alluring stage artist of the world who have made a remarkable mark in the hearts of the audience.

How Would Eminem Rhyme Words That Rhyme With Drugs?