Know About LGBT Comic Books If You Aren't Straight

Early Comic books avoided the use of gay issues; they only focused on entertainment and comic characters. But LGBT themes in 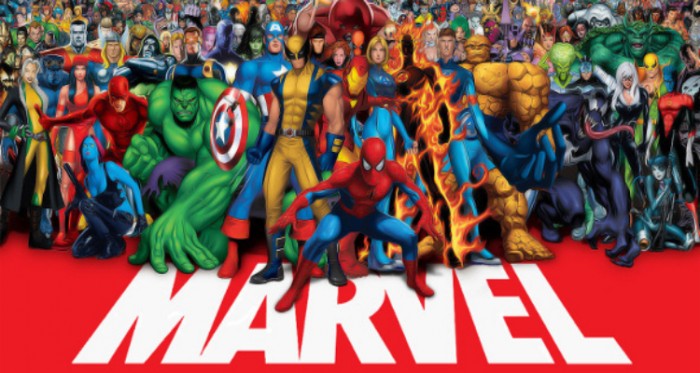 Early Comic books avoided the use of gay issues; they only focused on entertainment and comic characters. But LGBT themes in comic books are exclusively a modern concept. The bisexual talks, lesbian words and LGBT were initially omitted from the comic books, but now with the mention of homosexuality in mainstream the comics have adopted a number of titles in which gay plays as the main hero.

The gay comics have been more in the count as compared to earlier days. The major trend of LGBT and adult entertainment with less censorship now, comic books easily speaks more about LGBT characters.

The most famous Japanese Manga Tradition included the category of girl’s comics that exclusively showcases the homosexuality relationships since the 1970’s. The comics include archetypal characters that were not identified as properly gay or lesbian. Later in 1990’s the Japanese ‘Gay Boom’ a body of manga aimed at homosexuality customers that were more realistic and based on autobiographical themes.

Pornographic manga is another comic which, included sexual depictions of intersex and lesbian people. Queer theorists have observed the LGBT characteristics in comic books which were usually associated with heterosexual society, whereas, in other comics the uniqueness of gay and bisexual were focused.

The comics’ strips targeted to educate the society about LGBT related issues and their influences to real world. The picture of LGBT themes and stories in comics was identified by various notable awards including GLAAD Media Awards and Gaylactic Spectrum Awards. Two years later in 90’s the character Mark Slackmeyer was observed to be gay. He continued to be targeted in the strip for his relationship with partner Chase, the two got married in 1999 and then separated in 2007.

In most widely circulated comic strips LGBT characters focused as the supporting figures with some including The Boondbocks and Candorville as the occasional gay characters. One conservative strip Mallard Fillmore targeted gay issues and the storylines were described as an insult to the LGBT society.

Many lesbian and gay comic creators, self publish their work online as webcomics, owing themselves freedom. Greg Fox’s Bed & Breakfast is series who focused on the story of gay friends and their realistic problems linked with sexualities and relationship troubles. LGBT themes were first noticed in alternative comics, which were usually published by small independent presses. These comics detailed the political positions and depictions of sex, but the comic strips didn’t focus on arousal but included the gender and sexuality themes.

Meatmen: An Anthology of Gay Male Comics and its sequels showcase the works by cartoonists and artists. The work of every gay artist appeared in the series, including works of John Blackburn, Howard Cruse, and Tom of Finland. The text of Meatmen was generally more cleared than the oriented gay comics. Tom of Finland was brilliant artist who specialized in images of men and showcases the primary and secondary sex traits such as improbably large penises. His drawings feature 2 or more men indulged in sexual activity. Howard Cruse was however, tagged as ‘the most important gay cartoonist’ his LGBT themed work is usually adults only, his activities were featured in Gay comics and Meatmen and other than this, his work was managed in publication such as Village Voice and RAW.

Comic medium educated the readers about safe sex and other LGBT related issues. The comic theme was considered as the humor format and the easiest way to share the positive message amongst the readers than the typical education material. The gay subtext was frequently noted in DC comic publications. As one its publications is the Golden Age of comics Books which represented the homosexuality of the same sex and superheroes.

The first gay character was Extrano, whose name means Strange in Spanish was created by Joe Staton and Steve Englehart.  Extrano was observed in New Guardians and Millennium. Although new guardians didn’t got the attention of the readers but it featured one team member, Jet contracting AIDS. In Marvel comics, the themes of LGBT and gays was unlikely compared with that of DC. The use of gay characters in Marvel was described as less prolific but more purposeful. Marvel’s policy during 90’s detailed that all the series focusing gay characters must tag Adults only label. The major gay character created by Marvel Comics was Alpha Flight’s Northstar. This series ignored the sexuality: in 30 years Northstar has never been shown kissing another man, but he finally kissed Kyle ( his (bf) in 2011 series. The gay character Kevin Keller was introduced by Archie comics, though the book was only published in Canada and the U.S. The story tells about how Veronica quickly falls for a boy Kevin for his good looks. Kevin wins against Jughead in burger eating contest and he tells him that he can’t love Veronica as he is Gay.

Later on Jughead settle with Veronica and Kevin asks Jughead not to tell Veronica that he is gay. The story is all about Veronica’s cluelessness. Drake and Starr were American cartoonists who chose to publish the content in France, as there were lesser rules and censorship laws as compared to US. In the beginning of the 20th century, Belgian comic strips observed as the medium for children, this restricted the frames of adult and sexual themes which lasted till 1960. The Adventures of Tintin, also have LGBT subtext inferred by readers.

15 Worst Animated Movies Of All Time