Candle Cove: The Creepypasta You Need to Light Up Your Halloween

Do you recall the sinister boat and the skeletal marionette “The Skin-Taker”? From being a short fiction to a legend to a ...

Do you recall the sinister boat and the skeletal marionette “The Skin-Taker”? From being a short fiction to a legend to a TV show, the creepypasta Candle Cove grew in popularity and inspired several YouTube videos and fan-fictions. By and large, it was a short story written by we cartoonist and author Kris Straub which was later adapted into a TV show “Channel Zero: Candle Cove”.

Straub’s story “Candle Cove” was first released in 2009 on his horror fiction website “Ichor Falls”. It has a compilation of a number of creepy stories that revolved around the namesake fictional town. Back in the ’70s, Candle Cove was screened on a local channel of Ohio’s small-town Ironton. It was visible by and known to only a small group of people primarily children.

Many Candle Cove enthusiasts have been creating memes by posting details about the show and uploading videos to YouTube of the static. Some Youtube users have even recreated the final episode in which the characters just scream for about a minute.

This original short story by Straub is told in a series of posts exchanged by the members of “NetNostalgia Forum”. In this thread, they reminisce about an unusual television show called “Candle Cove”. A girl named Janice Stewart was its protagonist; she imagined herself to be a friend of pirates.

Seeming to be a normal children’s program, it actually has some frightening aspects and particularly a strange episode in which puppets flailed and screamed all the time.  Eventually, it was discovered that Candle Cove was just half an hour of TV static which the children believed to be a program.

Users Shared Some Queer Dismaying Details About the Show 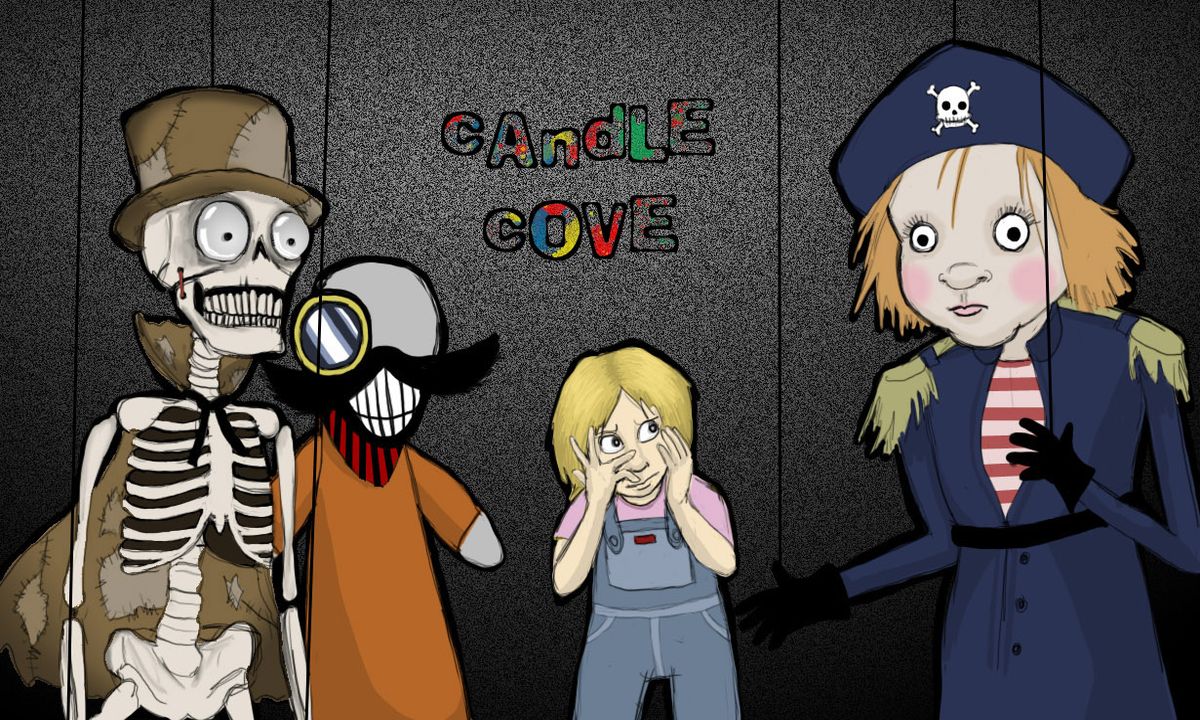 The commenters on the forum remembered numerous disturbing details. They recall sinister marionette characters such as one-eyed Horace Horrible, scout of living ship Laughingstock “Pirate Percy” and skeleton pirate“Skin-Taker”. Skin-Taker was an unnerving skeleton who had tall teeth and wore clothes made out of children’s skin, a tattered cape, and a top hat.

Other details include Laughingstock repeatedly commanding “YOU HAVE… TO GO… INSIDE” to the panicky pirate Percy.

Premiered in 2016, Channel Zero’s First Season was Based on Candle Cove

On 11 October 2016, the first season of the SyFy channel series “Channel Zero” was premiered. Starring Paul Schneider and Fiona Shaw, it was a television adaptation of Kris Straub’s Candle Cove.

The story revolved around a child psychologist who returned to his hometown to find out about the disappearances of his twin brother and other children in the 1980s. And also to investigate how it had a connection with a bizarre local children's TV show that aired during the same time period.

Will Wiles of Aeon magazine wrote that Candle Cove was "among the best creepypastas out there". He added that it was a good example of making use of the message board and forum for storytelling.

The media network applauded this creepypasta and said that it was "a perfectly dark spin on our nostalgia for the half-remembered stories of our childhood, that realization that the things we liked as kids were much, much creepier than we thought." It further stated that it is different from other creepypastas in the way that it has originated from a known source and author unlike most creepypastas that have an "anonymous folkloric quality".