Angry Birds is a popular game that is played on PCs, smartphones and tablets, the game has been downloaded more than 500 million times through various platfo... 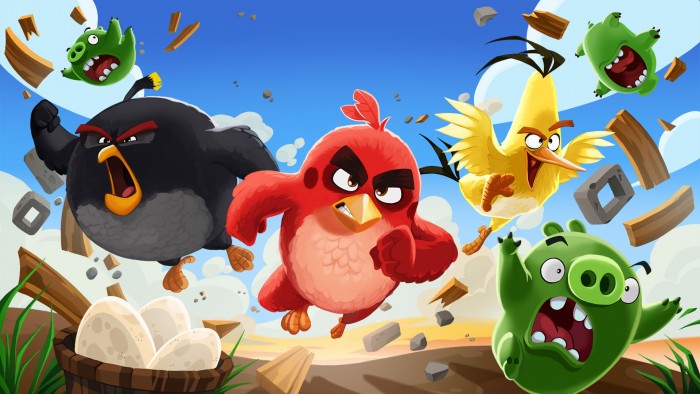 Angry Birds is a popular game that is played on PCs, smartphones and tablets, the game has been downloaded more than 500 million times through various platforms. It's easy to learn, but mastering it takes time and practice. 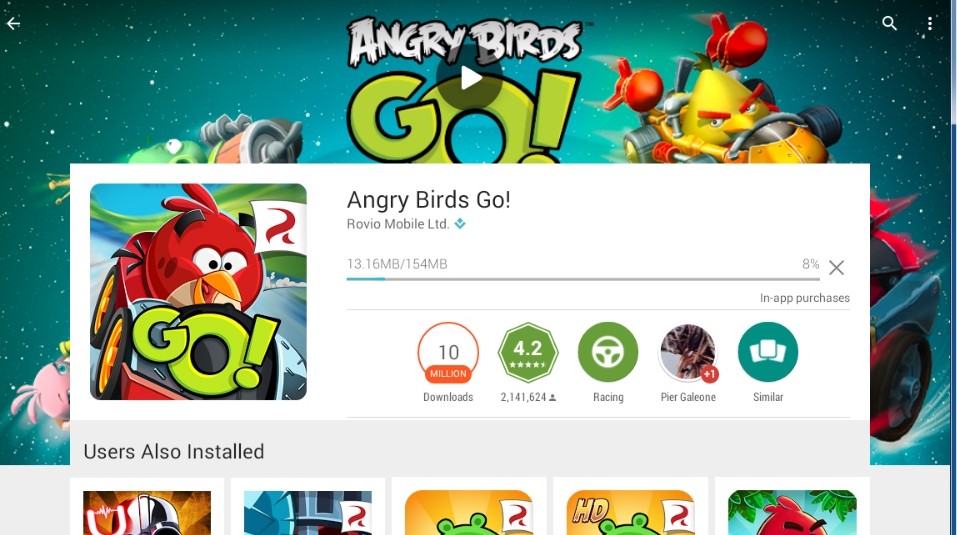 Download the game to your mobile phone, iPod, tablet or computer. There are free and paid versions of Angry Birds with in-app purchases. Try the free version first. This way, you can determine whether you like the game or not (you will probably do).

Basics Of The Game, The goal at each level is to get rid of the pigs. Nasty pigs are usually blocked by wood, glass, stone or other material that are organized into creative structures. You have to use your differently abled birds to get rid of the obstacles and pigs.

Start by pulling back the slingshot Moving it up or down will determine how high or low will be the flight of the bird. How far do the bird goes, depends on how you pull the sling. With practice, you will become an expert pointing to the correct angle and place where the pigs are.

If you are playing on a computer, you should use the mouse instead of your finger.

Lift your finger off the screen/mouse when you are ready, The bird must hit an obstacle and deal damage. Repeat this process until all the pigs are gone or until you have used all their birds.

Know  Your Birds. As you make progress, you will realize that there are different types of birds with different abilities (for impact, you must first switch the birds).

This is what makes bird roster:

The Red Bird: most common bird. It has no special effect. Though it Updates to the "Powerful Feathers of Red" which gives you the ability to ‘tap to change direction, anywhere on the screen’.

Blue Bird: Tapping on the screen, it will split into three small birds. This bird is best suited to break the glass.

The Yellow Bird: Tap the screen to go faster. This bird are ideally catapulted  on wooden structures.

The Black Bird: Tap on the bird makes it explode on the spot. Allows you to hit an obstacle and explode after a while. This bird works best on stubborn stone structures. By upgrading "Short Fuse" instead of blasting, it sends a very lethal shock wave that zaps nearby pigs.

The White Bird: Touch the screen and it drops an explosive egg. If you do it right,  bird will fly perpendicularly and deal more damage. Use this bird against stone structures.

Green Bird: Touch the screen and fly back. This bird is similar to a boomerang.

The "Big Brother"  is similar to the red bird, but larger and more powerful. The red-colored bird is very small at first, but swells to enormous proportions. Try to put it in tight spaces.

Pink Bird: It's small (it's a female character), it levitates objects using bubbles. Use it to disturb the base of the tall towers.

The "Mighty Eagle": Press the button at the top of the screen and a can of sardines appears. Play with the sardine can to unlock the "Mighty Eagle". You have to pay for this feature and once you use it on an unsolvable level you have to wait another hour before using it at the next level. You will not have any stars when using this bird. 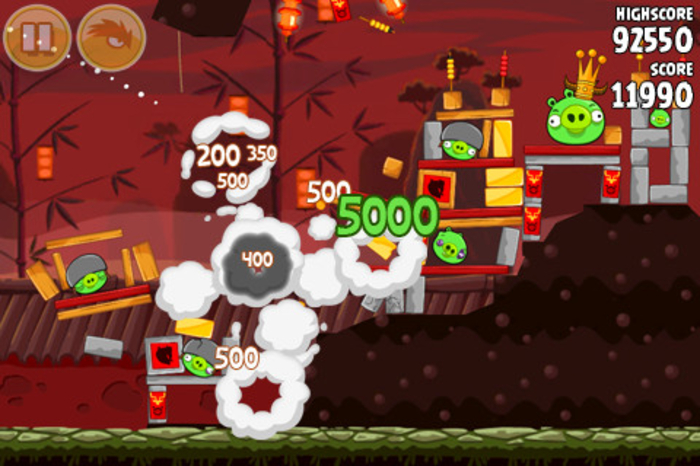 Use strategies to eliminate enemies. As you know, eliminating all pigs is your ticket to passing a level on Angry Birds. Regardless of the environment and the structures in which the pigs are found, using the right strategy will help you get rid of those pesky pigs and forward.

Look at the whole level.

Before casting your feathered army, look carefully at the whole scenario. You see how many pigs there are, if there is a weak point in the structure, what the obstacles are, and so on. The point is that you should not rush to pass level, you should note before.

You must know where to attack.

In the case of structures that protect the pigs, most of the time, you should not attack the pig or the walls of the structure directly attacks the base first! Each structure will collapse if you eventually point to its foundations. You can also search for thin layers in a structure, as there may be an entrance for your army of birds.

Watch out for explosives.

Most of the time, the scenarios of angry birds explosive. These explosives can be very helpful to you because they can eliminate the obstacles to explode. Explosives are strategically located so they can affect the environment to exploit, so when it seems impossible to destroy a single obstacle with birds, consider targeting explosives. Explosives usually have rocks near them or other explosives to achieve maximum effect on the structures that are around. If this is the case, it is more likely to target the explosive need to clear a phase. 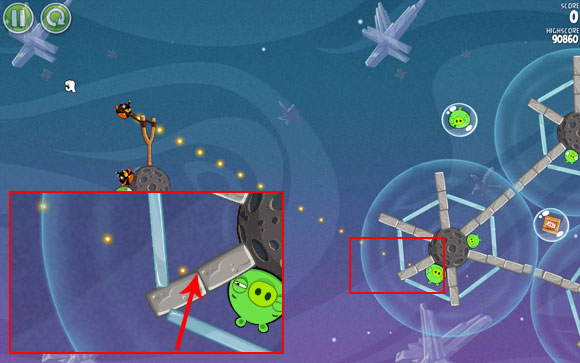 Use the path guide.

When you play one of the birds, it will leave a track line. You can use this line as a guide path to correct the direction in which you should launch the next bird. This is very useful for making each bird land on the target that you target.

It is almost certain that you can not clear all phases of a single attempt. You're likely to lose, especially at the more advanced levels of the game. If this happens, do not be discouraged and try again. Angry Birds has no limit when it comes to continuing in order to take advantage of this. Learn from your mistakes and do better on your next try. Sometimes, when it's obvious that you can not clear the stage, we recommend that you click the "Try Again" button to not waste time and try again.

You pass a level when you get rid of all the swine at that level. If you do not pass the level on the first try, you can easily try again. There are seven different levels of levels in the game. Complete a level group and unlock another group of levels. There is a version called "Stations", in which there are ten groups of levels. You can also download Angry Birds River, which has two level groups.

After you finish the whole episode (which consists of two or three level sets), the game will encourage you to try to get three stars on the levels. This can take a while (fortunately, who want all the fun is over?). Guides are available (such as separate apps or videos on sites like YouTube) that may be helpful.

Try to get three stars on each level. A number of stars you get depend on the score you get. You can repeat levels to earn three stars. The "Mighty Eagle" has a different rating.

If you make a good shot, try to keep track of points that the bird leaves.

You can unlock the golden eggs during the game. However, usually, golden eggs are hidden.

If you can not get three stars or pass a level, look for guides tricks (online, on YouTube, etc.).

In "Seasons", try to get the golden eggs. They unlock more special levels.

Try to use the least amount of birds, so get more stars.

You can pass some levels using only one bird, in some, you will get three stars in some not (in this case, you must use additional birds to destroy more objects and gain more points).

Knifey Spoony: The Game Only True Simpsons Fans Will Know