5 Popular Italian Songs Of All The Time

The breathtaking view, fascinating language, beautiful cuisine, the people…is there anything that could make Italy the underr... 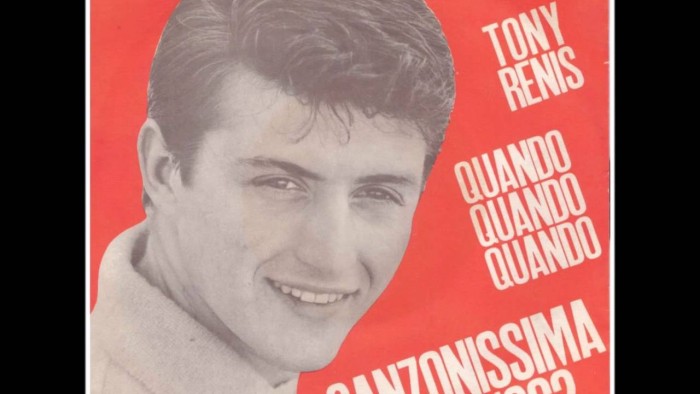 The breathtaking view, fascinating language, beautiful cuisine, the people…is there anything that could make Italy the underrated place? It is next to impossible to not to love Italy. There’s something magical secret behind the popularity of the Italy.

It is very well known that Italy plays a crucial role in the music panorama and not just in restaurants.  Just like that listening to English songs can make you learn the different accent, listening Italian songs can also help you learn Italian.

It is quite surprising to note that in just 3 minutes a good Italian song could turn your day around to the moody one. Whether you are listening songs in the shower or on the radio, Italian songs deeply touch your heart. Then there are some songs that make you remember your happy and sad times and they become impossible to get out of your head and your heart.

There are so many excellent Italian songs that merging them into a single list is not possible. Though, everyone has their own opinion about the songs here is the list of the popular Italian songs of all the time.

The popular Italian singer Adelmo Fornaciari became an international stardom after merging with Eric Clapton, Miles Davis, Stevie Ray Vaughan and Joe Coker. Senza Una Donna was super hit of the album Blue’s and was recorded again as a duet. The Italian version of this song got less attraction, but the true beauty of the song lies in its simplicity.

The original Italian lyrics of the song were penned by Alberto Testa and the music for the song was given by Tony Renis – golden globe winner. The song has been translated into different languages including English, Portuguese and Spanish and has been the subject of adaptations by other musicians. A popular composer and singer Puerto Rican recorded the mambo version of this song.

Al Di La is one of the most popular Italian songs of the time. The lyrics of the song are penned by Giulio Rapetti Mogol. Luciano Tajo li's performance at the San Remo festival was really captivating. Emilio Pericoli sang the song in 1962 romantic drama Rome adventure which is popularly known as Lovers Must Learn.

Domenico Modugno is one of the greatest artists. The song Meravigilioso’s narrates an emotional story. It is dark, a man completely filled with the desire to die, stands on a bridge watching the dark water. And then come to an angel taking him away from the bridge explaining him the beauty of the world and care of the loved ones. (6.1)

Canto Della terra always plays in the loop. It is the second single from the successful album, Sogno. The lyrics of this beautiful song are penned by Francesco Sartori and Lucio Quarantotto.  Do you also know that both these excellent artists also wrote (time to say goodbye) which is one of the best singles of all the time?

Choosing only 5 songs out of the impeccable collection is almost impossible. But no matter what this classy collection have made you remember of some popular Italian artists isn’t it?

The Architect Of The Matrix | Is He A God Or A Program?