12 Intriguing Crime & Mystery Games That A True Gamer Must Play

From the very traditional and genre defining ‘Sherlock’ to the technologically superior games about AI detectives of ‘Detroit’, these games will take you on a thrilling ride. 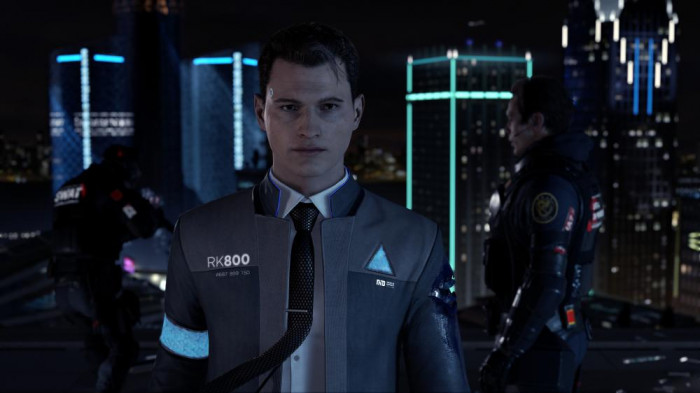 The video game market is pretty much dominated by state of the art open world FPS games or MMORPG games where a lot of people can come together in a party to play a game as a team. But there exists a loyal cult of gamers who play games for the sake of the narrative and other exquisite elements that a non-gamer can easily miss.

These intriguing mystery filled crime solving games will keep you on the edge of your seats until you clear the last chapter. Indulge in the best mysterious games of all time.

Become the most celebrated detective of all time: Sherlock Holmes! Use your impressive talents as a detective to solve six thrilling and varied cases: murders, missing persons, spectacular thefts and numerous investigations that sometimes lead you into the realms of the fantastic.

2) The Wolf Among Us

The Wolf Among Us is a graphic adventure game, played from a third-person perspective. The player controls protagonist Bigby Wolf, who must investigate the murder of a woman. Throughout the game, the player will explore various three-dimensional environments, such as apartment buildings and a bar.

L.A. Noire is a violent crime thriller that blends breathtaking action with true detective work to deliver an unprecedented interactive experience. Search for clues, chase down suspects and interrogate witnesses as you struggle to find the truth in a city where everyone has something to hide.

Her Story is the award winning video game from Sam Barlow, creator of Silent Hill: Shattered Memories and Aisle. A crime fiction game with non-linear storytelling, Her Story revolves around a police database full of live action video footage. It stars Viva Seifert, actress and one half of the band Joe Gideon and the Shark.

The Darkside Detective is a micro-adventure game with a distinct sense of humour. It’s available on Nintendo Switch, PC & Mac, and consists of a series of humorous bite-size investigations into the occult and extraordinary.

Orwell is a new governmental security program that has the power to survey the online presence of every person in The Nation. It can monitor all personal communications and access any computer. To preserve the privacy of citizens, human researchers examine the data Orwell finds and decide which pieces of information should be passed on to the security forces, and which should be rejected.

The game is basically Big Brother with you acting as the big brother. The name is taken from George Orwell; the writer of the 1949 dystopian classic ‘1984’ revolving around the same concept.

Gemini Rue is a cyberpunk graphic adventure game made by Joshua Nuernberger, and published by Wadjet Eye Games. The game uses a point and click interface to interact with the environment to solve puzzles and communicate with characters.

Police Quest: Open Season is, like other games in the series, a point-and-click police procedural that emphasises realism. Sierra designed it in collaboration with Daryl Gates, a former LAPD police chief who worked on the force for 43 years.

It’s a game about following protocol, playing by the book, and not pointing your gun at grieving women. You even have to file your own paperwork.

9) The Vanishing of Ethan Carter

One of the most acclaimed adventure games of all time is now back, better than ever. Grim Fandango Remastered has the all the beautiful art and engaging story fans remember, but has also been remastered to look, sound, and control even better than the award-winning original release.

Grim Fandango is an adventure game, in which the player controls Manuel "Manny" Calavera (calavera being Spanish for 'skull') as he follows Mercedes "Meche" Colomar in the Underworld.

Part suspense-filled horror, part action-adventure game, Deadly Premonition offers an open-world experience packed with locals to meet and places to discover, as well as numerous side quests and mini-games that will help you solve the murders and uncover Greenvale’s deepest, darkest secrets.

Detroit: Become Human is an upcoming action-adventure game developed by Quantic Dream and published by Sony Interactive Entertainment for the PlayStation 4. The game will be released on this 25th May.

The plot revolves around three androids: Kara, who escapes the factory she was made in to explore her newfound sentience; Connor, whose job it is to hunt down deviant androids; and Markus, who devotes himself to releasing the androids from servitude. They may survive or perish depending on dialogue choices that shape the story as customised by the player.

11 Insane Simpsons Prediction That Prove That Their Writers Are Psychic