How well do you know about Native Americans and their culture? Do you know they built different types of houses according to their lifestyle? 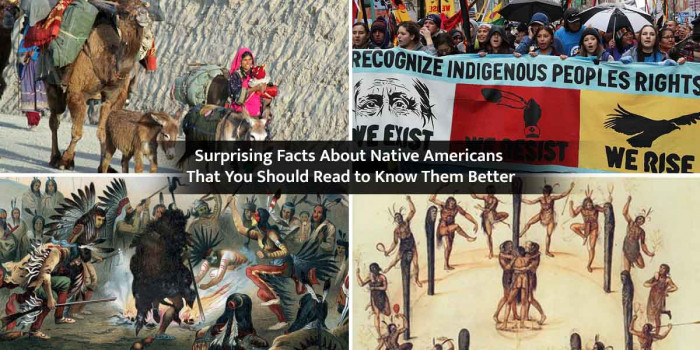 The culture of the Native Americans is different and is defined by the Pre-Columbian area. The northwest culture shared common traits like large villages, salmon fishing, and a social structure. Although the clothing, language, and cultural features vary from one tribe to another, several elements are shared by many tribes.

The history of Native Americans is complicated. They were strongly affected by the European colonization of Americans. Their population started declining after biological warfare and slavery. After 1960, when Native Americans’ self-determination movement began, the life of native Americans changed a lot. However, still, there are some issues faced by them.

You would be shocked to know that over 500 million Native Americans in America, over 75% live outside reservations. Let us know some more amazing things about Native Americans and their cultural facts below.

1. Native Americans lived in the South and North America 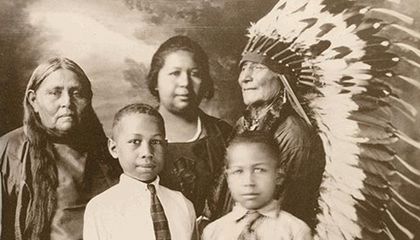 They were grouped into tribes and lived in North and South America. They lived in Hawaii, Alaska, and other areas in the United States. In the middle of the country, tribes such as Arapaho and Comanche lived. Other tribes like Seminole and Cherokee lived in the Southeast area of the United States.

2. Native American Lifestyle can be Classified into Two Groups 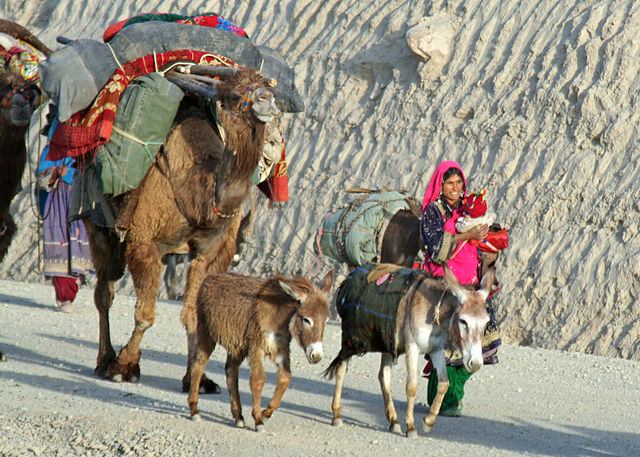 The lifestyle of Native Americans can be divided into two categories: Nomadic and Sedentary farmers. Nomadic tribes survived on gathering and hunting. They hunted the buffalo to make knives, cups, food, and decorative items. They lived in tipis, made of animal skins upon wooden poles.

Tipis could be easily disassembled and thus helped the nomadic to make a home wherever they want. Some of the houses were temporary, while some were permanent. Wigwam was the house of Algonquian groups.

They lived during crop growing seasons. Plank Houses were designed by Northwestern tribes of Native Americans.

Sedentary farmers stayed in one place and grew food for their survival. They grew crops like beans, corn, and squash.

They lived in pueblo, a structure made from mud, stone, and other materials. Some pueblos were large, with 100 rooms. They had large underground rooms, called Kivas, that were used for meetings. Indians living in west Texas had straw, rock, and other materials, which they used to create houses in communities.

3. Native Americans Have Been Featured in the US Coins 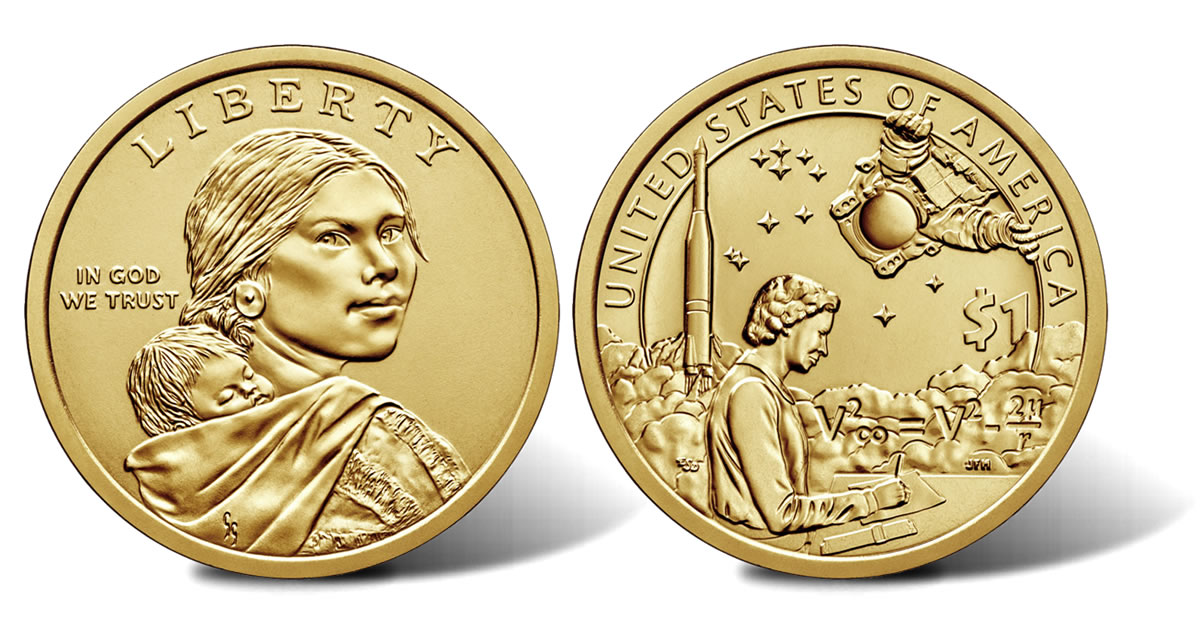 The historical people who contributed a lot to Native Americans culture are honored by featuring in the US’s most popular coin designs. The Native Americans have been featured in Indian cents and modern Gold Buffalo Bullion series, which was minted between 1913 and 1938.

Recently, a famous Indian woman who served as a guide on the Lewis and Clark expedition was featured in the Sacagawea Dollar. 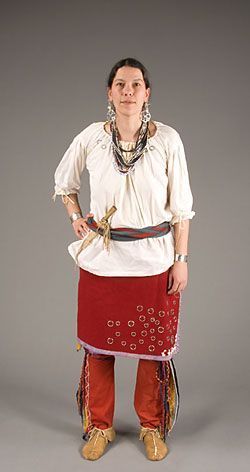 Female Native Americans wear a full-length dress and long buckskins. In winter, they wear long-sleeved shirts and robes. Some also wear war bonnets as clothing as their rituals. Porcupine Roach is worn by warriors and men dancers.

Otter Skin Caps are worn by men, and basket hats are worn by women. The other material that Native Americans wear is animal skin. In the Great Plains, plant fibers are not enough;  they wear animal skin. The animal skin is warm and durable.

5. Native Americans Have Dual Citizenship - One of the United States and One of Their Tribe 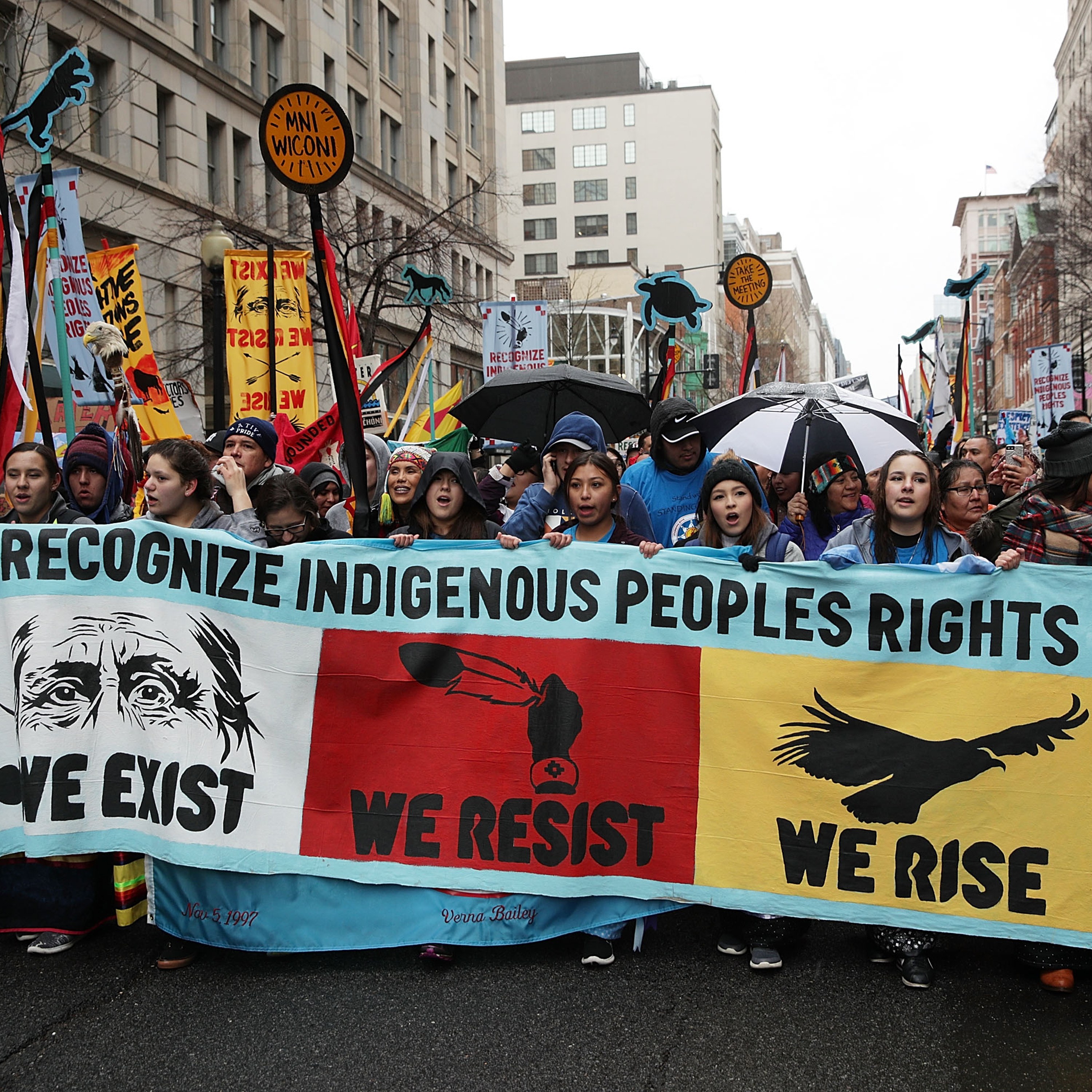 It was in 1965 when the Voting Rights Act put an end to race and color discrimination. In 1968, the law of the Indian Civil Rights Act also called the Indian Bill of Rights, protected several rights of Native Americans. 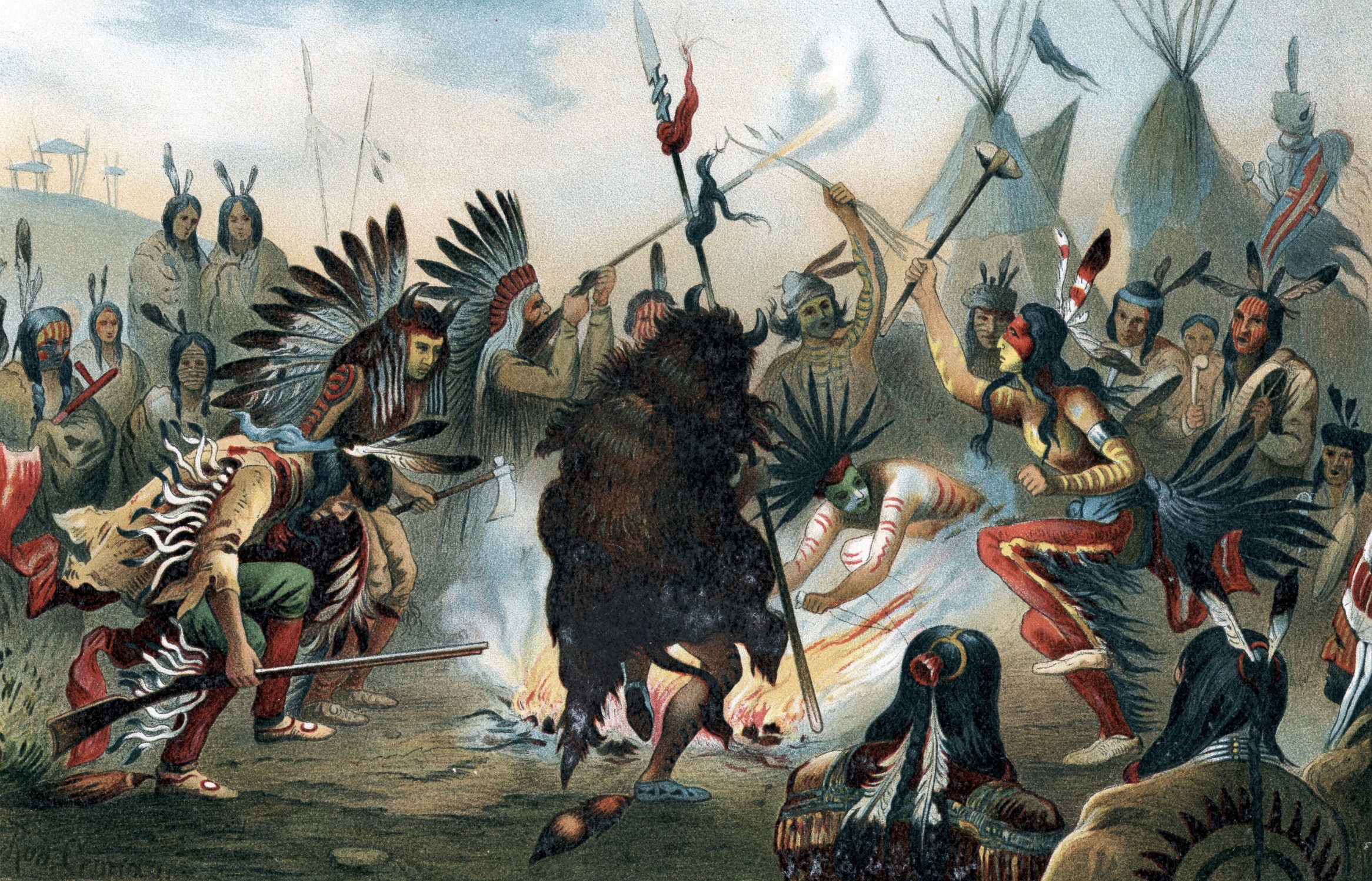 Several novels, short stories, and books are included in Native American Literature. Some of the writers raised the voice for changing their social status.

The novels of Leslie Marmon Silko used techniques that are related to oral storytelling. Louis Erdrich, Velma Wallis, and Leslie are the most famous Native female writers.

The First Native American writer to be published was Samson Occom. He was a Mohegan boy who began to study English at 16. He converted into a Christian and became a teacher to Indians and then worked as a missionary among the New England Indians. 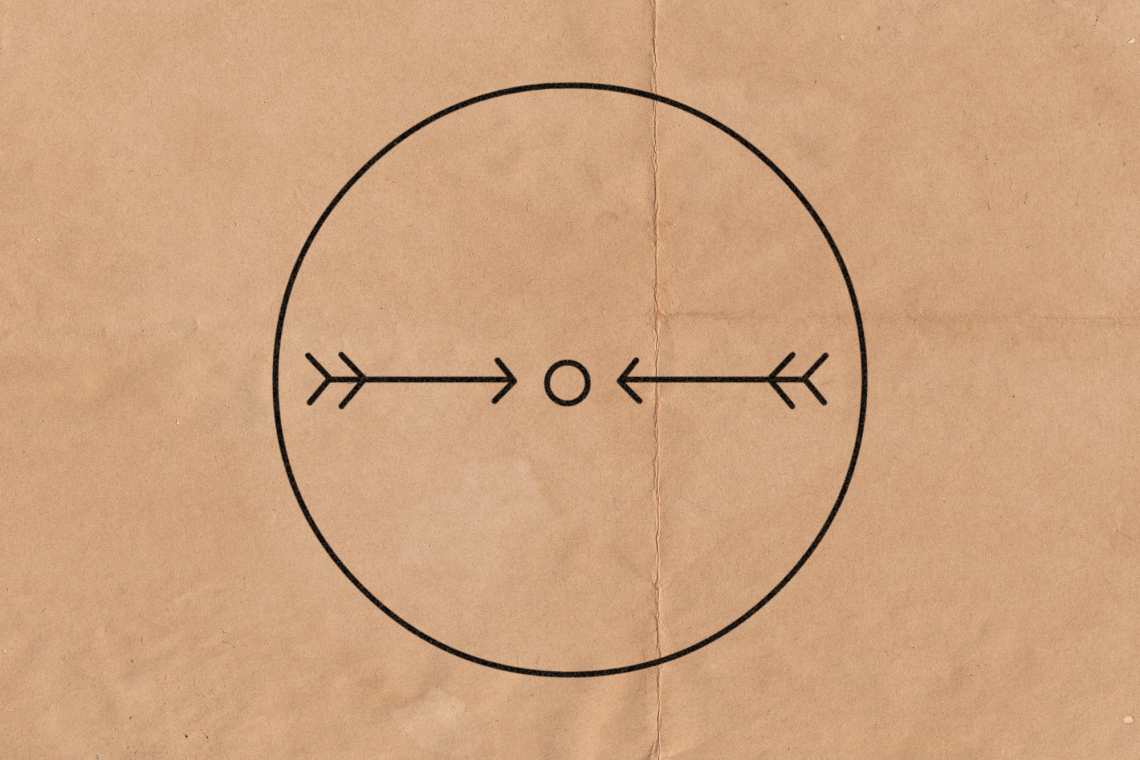 Native Americans used different symbols to communicate. These symbols carried secret meanings. They were close to nature and loved to express ideas through symbols. Some of the symbols are Cactus, feathers, arrowheads, butterflies, and more. Arrows symbolize defense.

Dragonflies symbolize speed and purity. The family in the circle represents the closeness and protection. It has no starting and ending point, which means a family has the strongest bond.

8. All Native Americans Do Not Share The Same Spiritual Belief 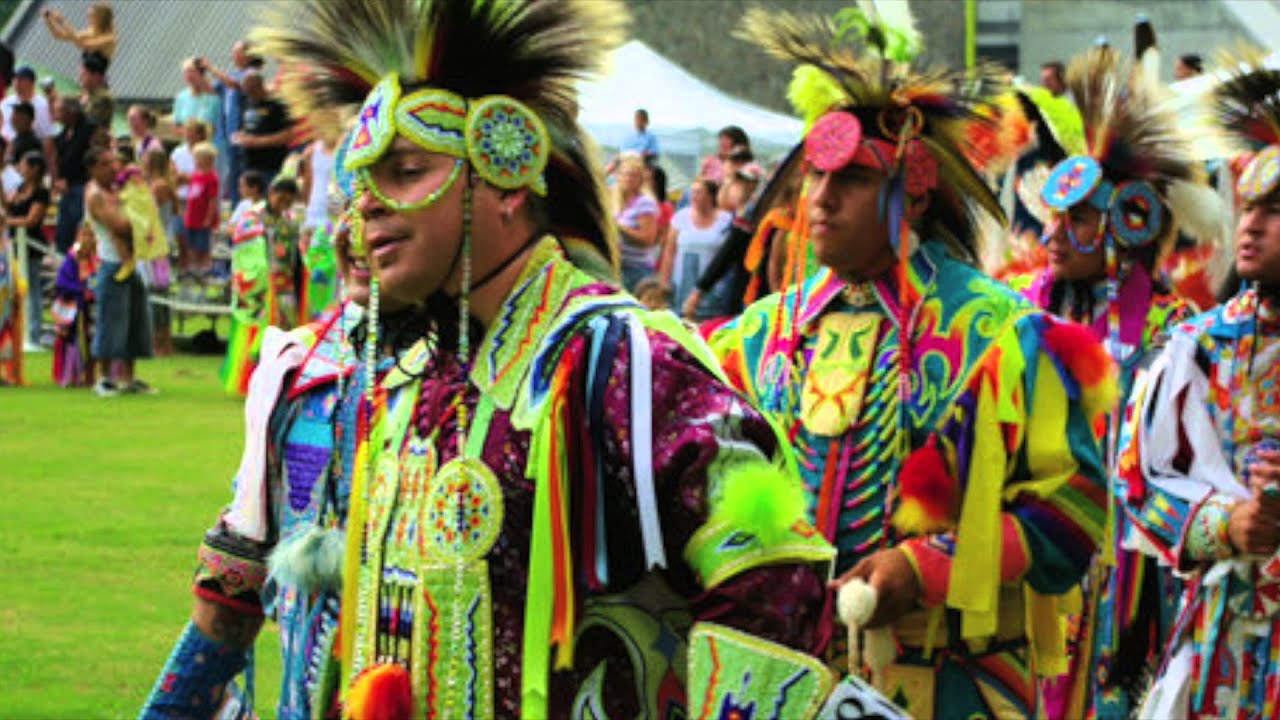 You would be thinking people of the same area or community would be following one god, but this is not the case here. While some people of the tribes refer to several religions, others practice spiritualities that do not conflict with them. Also, Native Americans do not mourn the loss of their loved ones but celebrate death as they believe death as the new life in the Spirit World.

The Green Corn Festival is a religious ceremony that is celebrated during summers or the ripening of the crops. It is also known as the Great Peace Ceremony. The festival runs for 8-10 days. People set their campsites on the ground, participate in several events, and men perform feather dance to heal the community.

Several tribes participate in this festival, but tribes that share the historical tradition are Shawnee, Taskigi, Choctaw, and more. Here are a few art-culture festivals that are celebrated uniquely in the world.

9. Tashenamani (Moving Robe)- A Female Native American Who Participated in the Wa 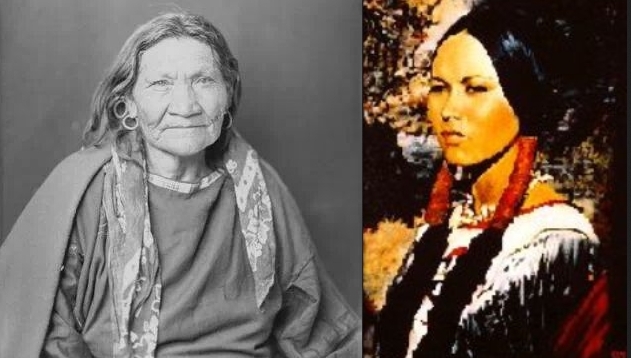 If you are a history buff, then you would know that in all the wars happened, men played a major role. But Tashenamani, who is known as Moving Robe Woman, Mary Crawler, Walking Blanket Woman, led the attack in the 1876 Battle of Greasy Grass. She fought against Custer during the Battle of Little Bighorn.

An Oglala Lakota warrior claimed that he had held his arms, and Tashenamani stabbed him in the back. Other warriors also claimed to kill him, so it is not clear who killed Custer.

10. They Believed in a Great Spirit Called Wakan Tanka 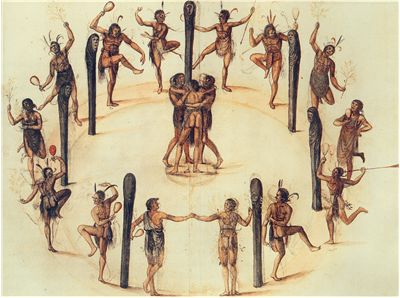 Earlier, it was believed that Native Americans have no religion. But they were extremely religious, and their religion was animistic. They believed in a spirit called Wakan Tanka. They were the true lovers of nature.

They would appease the spirits in different ways. For instance, they performed Mandan Buffalo Dance to capture the power of the buffalo so that they hunt them easily and could provide meat for their families.

Sun Dance is another ceremony that is practiced by Native Americans. It involves the community get-together, and they would pray for healing. People make sacrifices for their community. In Native American Mythology, Wakan Tanka is the creator of the Lakota Sioux. It is the power that resides in everything that resembles animistic and pantheistic beliefs. 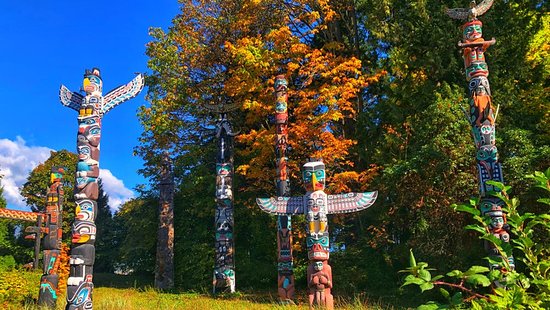 Have you ever heard about totem? A totem is an animal or object that is believed by groups of individuals to have special importance. Native American tribes tradition believes that each person is associated with nine different animals that would act as a guide throughout their life. The Totem pole was a tall wooden carving of animals representing the family member who had passed away.

The major animal birth totems are Beer, Deer, Snake, Falcon, Raven, and more. Each of the animals is associated with different abilities. For instance, Deer totem was associated with healing, kindness, and compassion. Owl for seeking truth and wisdom. Snake for rebirth and transformation. Woodpecker for family and community-care taking. Beaver is associated with creativity and resourcefulness. Native American hunters dipped their blow darts with dart frog’s poison & this tradition inspired their name. According to them, the hummingbird brings good weather.

Everything from plants and animals became a crucial part of their life. Although animals were hunted, their skins were used as clothing. Plants were used for dyes and blankets. Here are other animals in Native Americans that were worshipped and held a spiritual significance.

12. They Communicated Through Smoke Signals for Long Distances 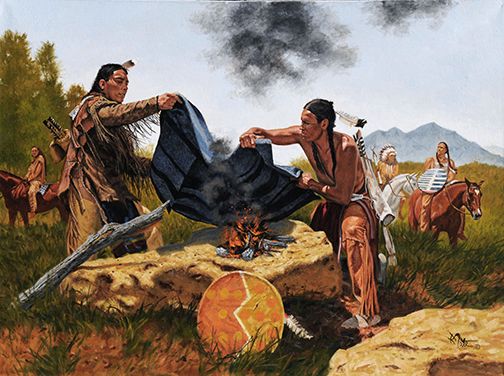 Smoke Signals were used by Native Americans to communicate messages over long distances.

The messages were conveyed by puffs of smoke. They made a fire in several ways. Native Americans used to strike two pieces of stones that gave a spark and create a fire. They also rubbed pieces of wood together, and the spark was caught on tinder and blown into a flame.

The fire was covered with a wet blanket. It then produced a black smoke that could be seen for a long distance. They used smoke signals to warn about the enemies and also for the help if needed. If one puff of smoke was released, it meant Attention. Two puffs meant All is well. Three Puffs in a row signaled danger or call for help.

The other non-verbal communication methods used were mirrors, piles of stones, and picture messages on skin and trees.

People who lived in America before the arrival of Europeans and Christopher Columbia are referred to as Native Americans. They have played a crucial role in shaping the modern world.

No other groups or individuals have a rich and weird history as like as Native Americans. They struggled a lot and won. Most of the symbols of today/modern life are adapted from the cultures that were practiced years ago. They considered Sun and Moon as their gods, but today, they indicate the change of seasons.

Do you know other Native American Culture facts? If so, then share them with us.