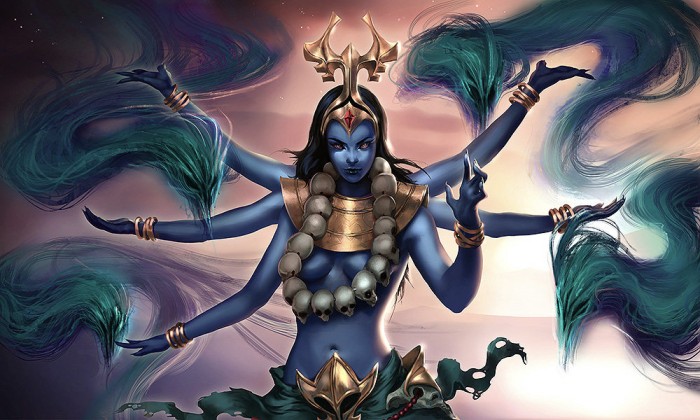 Kali is Hindu Goddess who is known for its intense power and motherly figure. Kali is the incarnation of Maa Parvati, wife of Lord Shiva. Kali encompasses Shakti which is a feminine energy, creativity, and fertility. 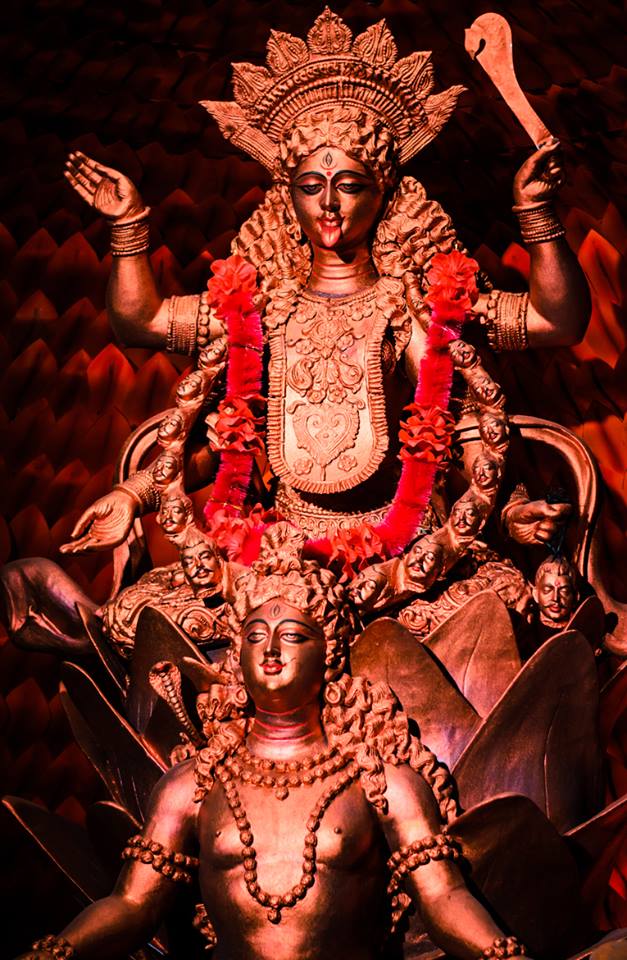 Kali’s earliest appearance was the one who came on the earth to destroy the evil powers. She is the divine power who grant liberalization known as Moksha. Kali is worshipped by Hindus throughout India. 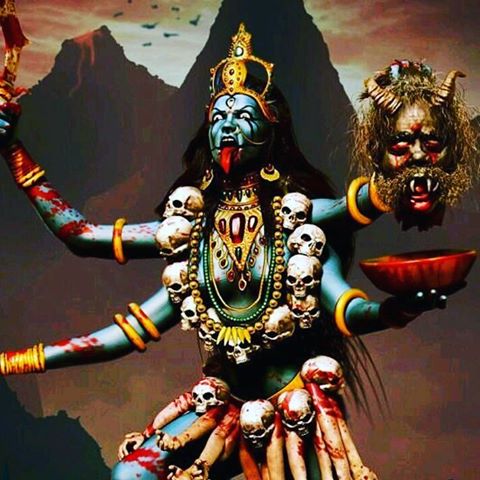 Kali is represented as a fearful deity who wears a garland of human heads, a skirt of arms, lolling tongue and a knife dripped in blood. Thus Kali is known as the Divine Mother of Universe. She is a goddess of death, time and doomsday. Thus she is regarded as the God of destruction. 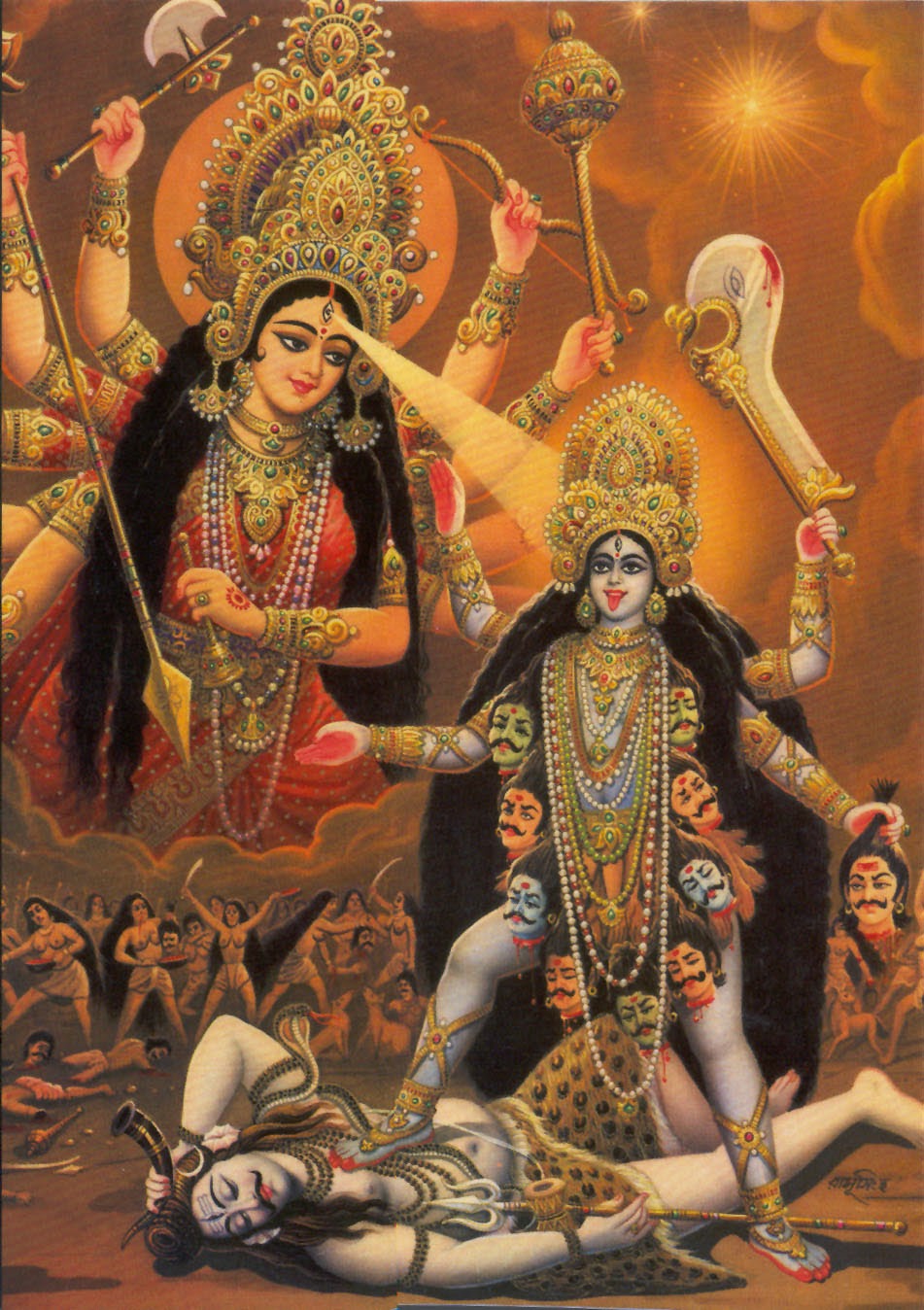 It is said that the birth of mother Kali was to demolish all the evil demons present during the war. She was created by Ambika to destroy the Chanda and Munda. Soon after her birth, she began killing demons whichever came in her path. 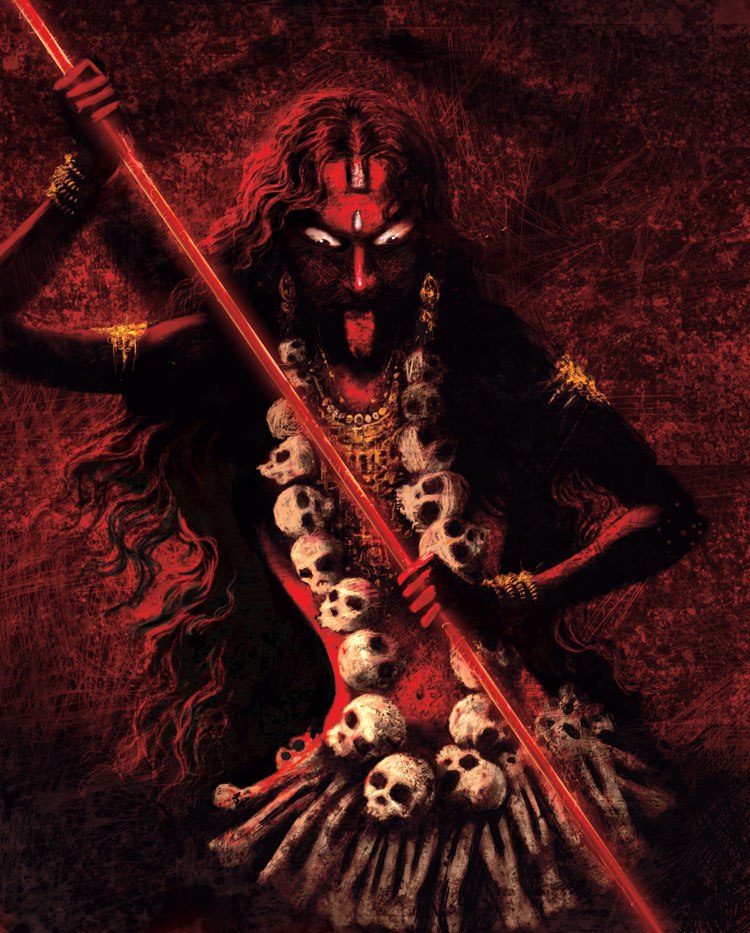 Kali later faces the army of demons by Rakthabeeja. Rakthabeeja has the powers to reproduce himself from every drop of blood fallen on the ground. Making it impossible to win over him. But mother Kali destroyed him by drinking all his blood and eating all his clones by her special magnificent powers. Her anger was unstoppable and she started drinking and eating other demons and killed them to death. 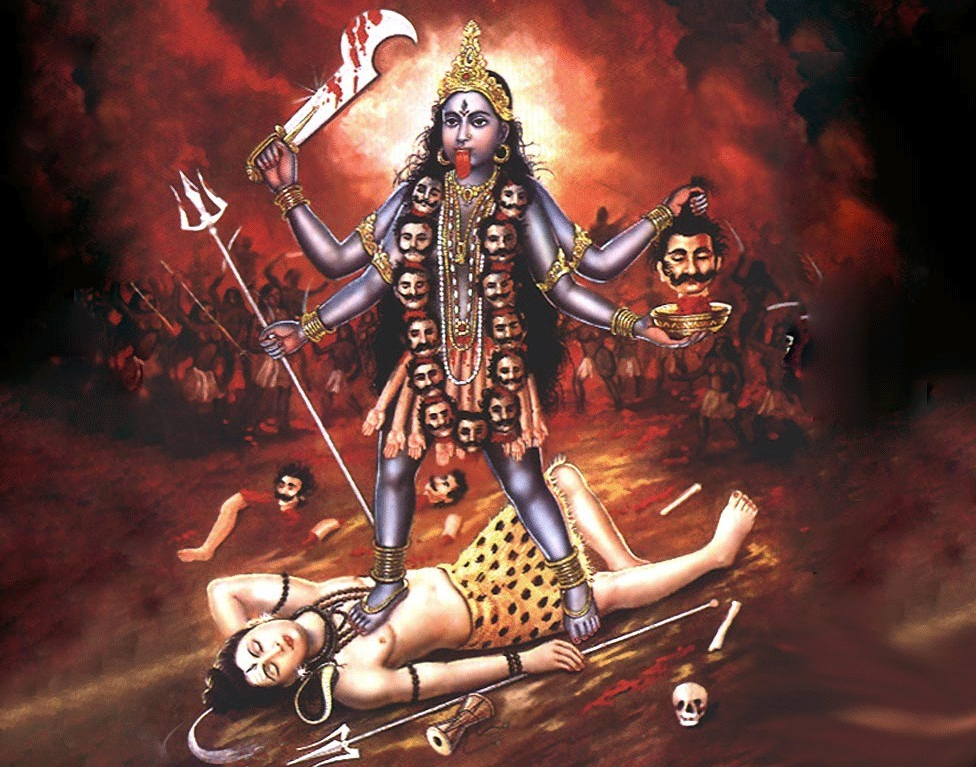 Her blood crazy dance stopped only when Lord Shiva allows himself to be trampled by Kali. When she realized that she is stepping on Shiva, she automatically calms herself down in shame.

This mythological tale is most famous one which is greatly recognized by the Hindus in India and deity Kali is worshiped at every home of Hindus. Since Mother of death defeated the Chanda and Munda who took over the three worlds thus she is known as Chamundeshwari.

These are the ten facts about  the mother of death you must know: 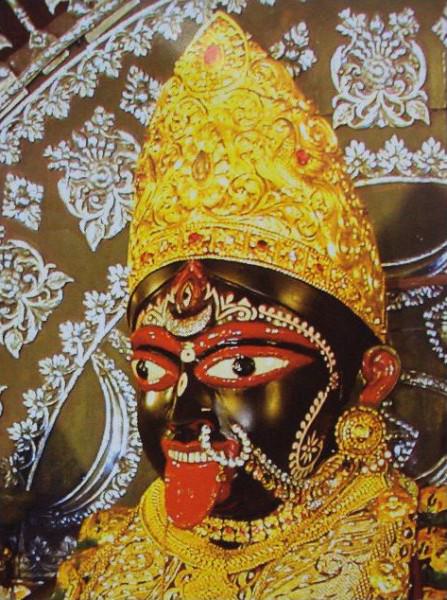 She is the most powerful deity in the world according to the Mythology of Hinduism. 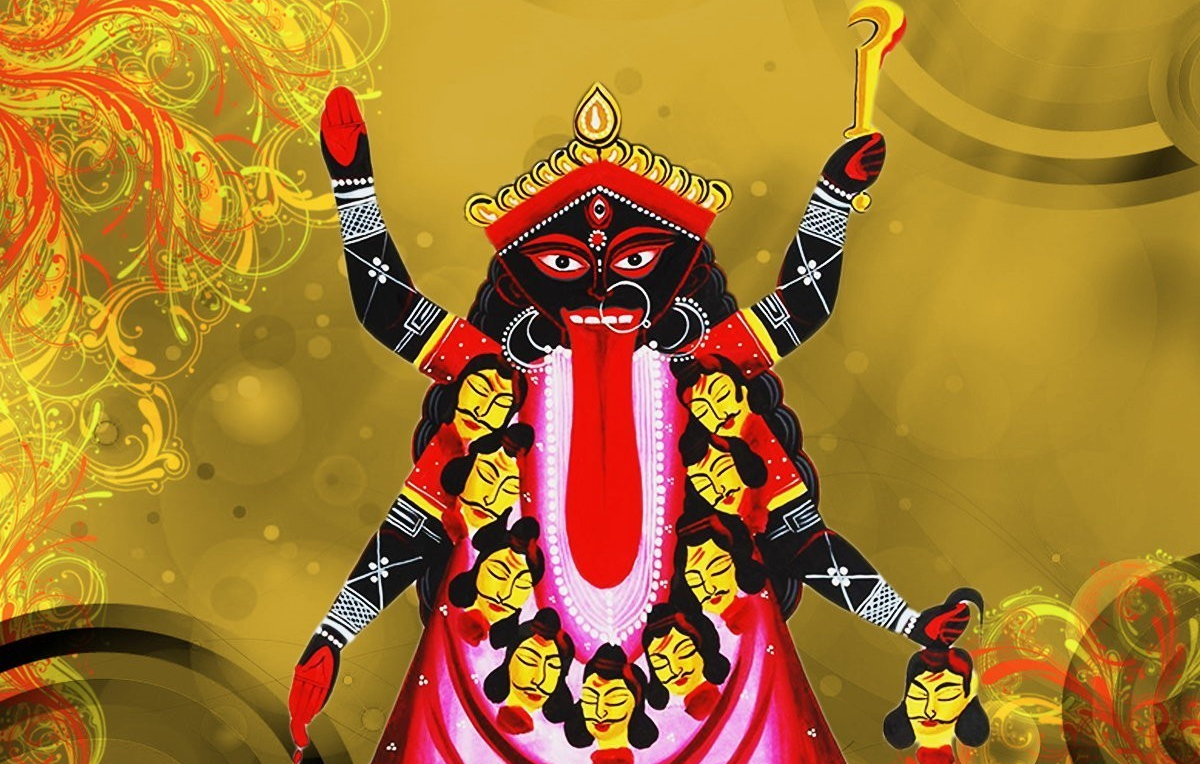 Maa Kali went on killing all the demolishing evils who came on her way as if she was on a killing spree.

3) Significance of her four hands 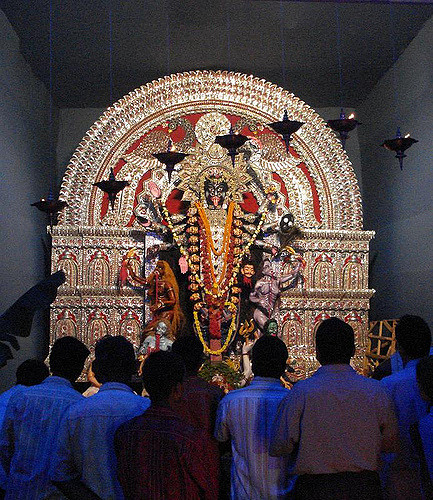 The two hands of the mother symbolize destruction and demolishment of evil from the world and the other two symbolizes her eternal and pure love towards her children. Stating it to show her affection and benevolence to bless us. 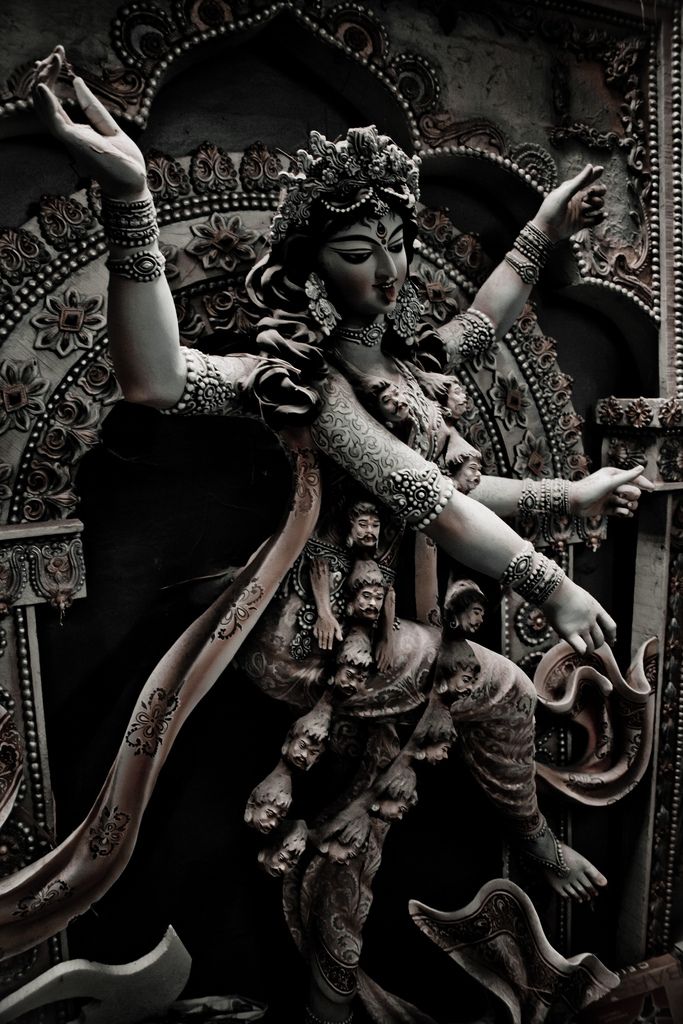 Her black skin symbolizes darkness and her potential to create and destroy the world. She is also known as Kaushik and Gauri. 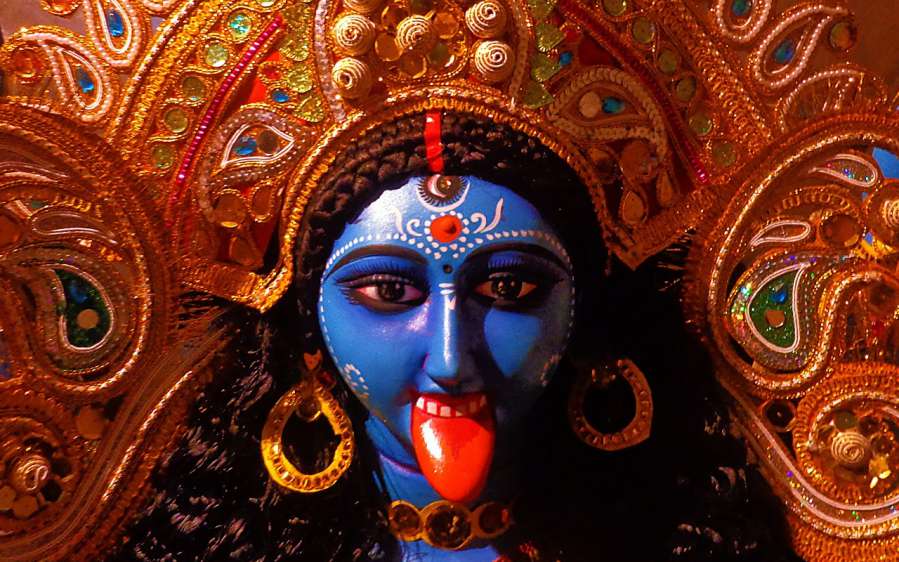 If Kali steps her right foot on Lord Shiva and holds the sword in her left hand then she is regarded as Dakshina Kali. 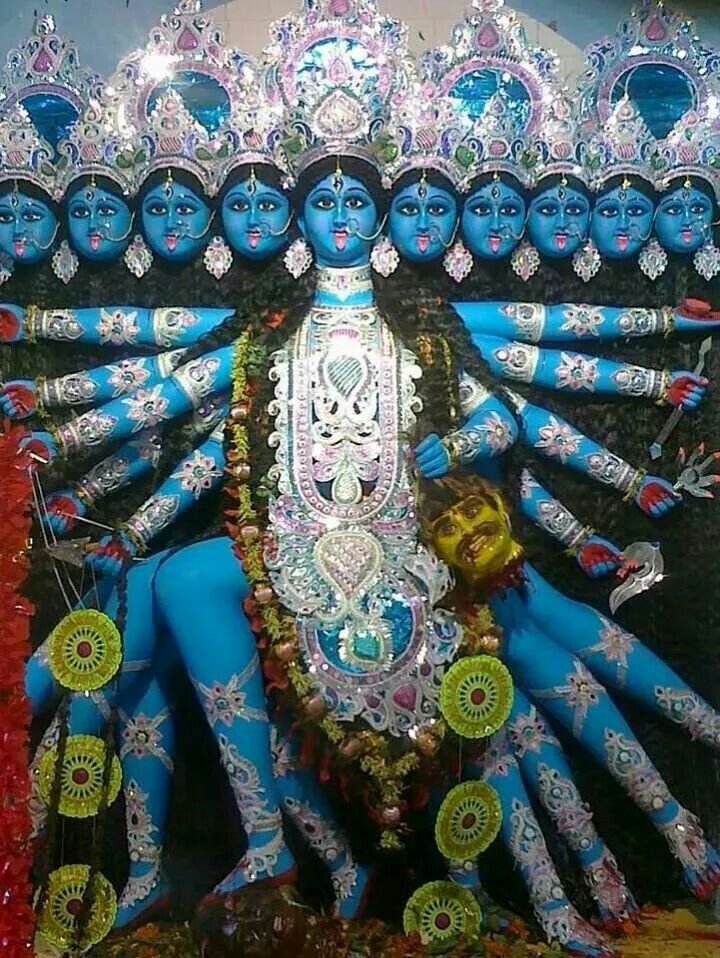 Kali depicted in Maha Kali form has 10 heads, 10 arms, and 10 legs. Each for a hand is used for implementing different powers in the Hinduism and its rituals. 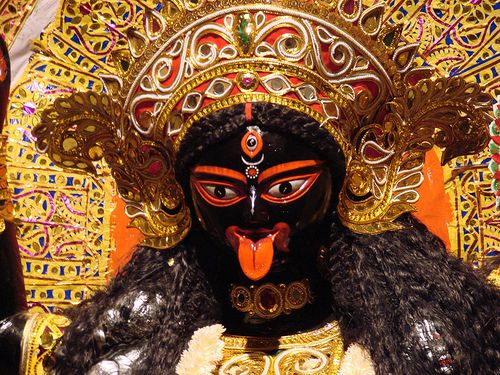 If the Kali Maa put her left feet on Lord Shiva and hold the sword in right hand she is known as the Shamshan Kali of the cremation ground. 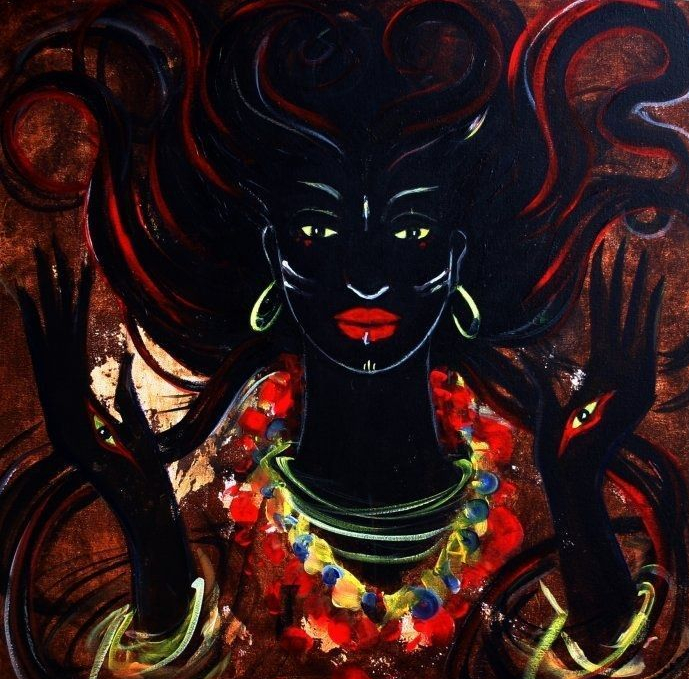 She is often depicted naked to symbolize she is pure and away from Maya. She is above everything regarded as Goddess who is above nature. She will exist even after the end of the world. She is of light, color and other things required to be beautiful. 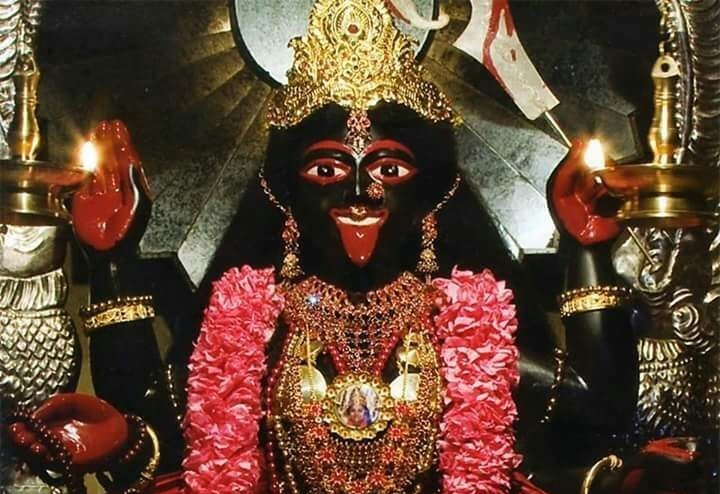 Kali maa is holding lotus and sword, riding on the lion and has unstrained hair which adds to her beauty.

10) One teaching of Mother Kali 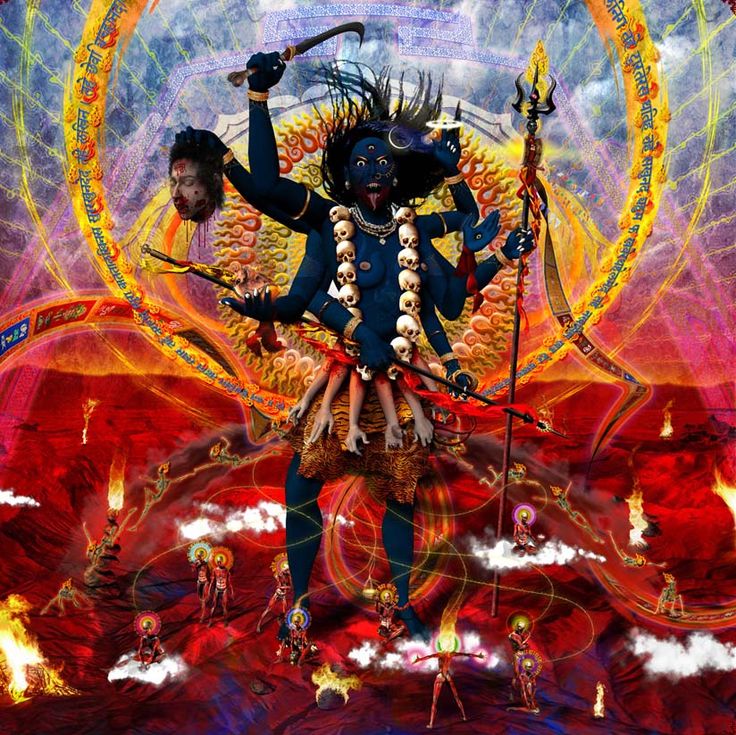 She teaches us with one most important fact that the love of a mother cannot be divided by good or bad.

Let us try to follow the path shown by her and spread love and care all around.