Hitachi Seaside Park: The Blooming Colorful Universe in the Ibaraki Prefecture of Japan

Hitachi Seaside Park is a popular public park in Hitachinaka city in the Ibaraki Prefecture of Japan. Check out some amazing attractions to visit here. 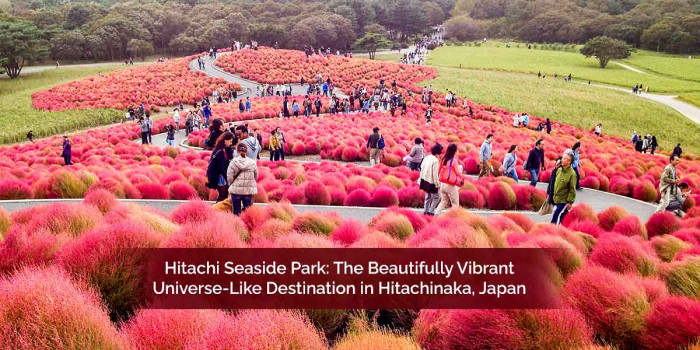 Nature photography captures the vivid outdoor beauty and is aimed to show the natural elements in surroundings. Located in Hitachinaka near Mito in Ibaraki Prefecture of Japan, Hitachi Seaside Park (or Kokuei Hitachi Kaihinkōen) is a picturesque public park that spreads out across 350 hectares, including an amusement park and various cycling and walking trails.

The park primarily features over 4.5 million Nemophila menziesii, which is an iconic wildflower commonly known as baby blue-eyes, covers the Miharashi Hill. The best season for this blue flower to blossom at its peak is from the end of April to the first week of May, which is when it mimics the color of the sky.

It is also home to several seasonal flowers, green spaces, and plants. Every nook & corner of this 3.5-hectare field is brimming with baby blue eyes flowers that are blown away by the wind. The Pacific Ocean sparkles under the sun. It all looks like an endless ocean.

Learn more about some of the best attractions at this gorgeous Hitachi Seaside Park here. 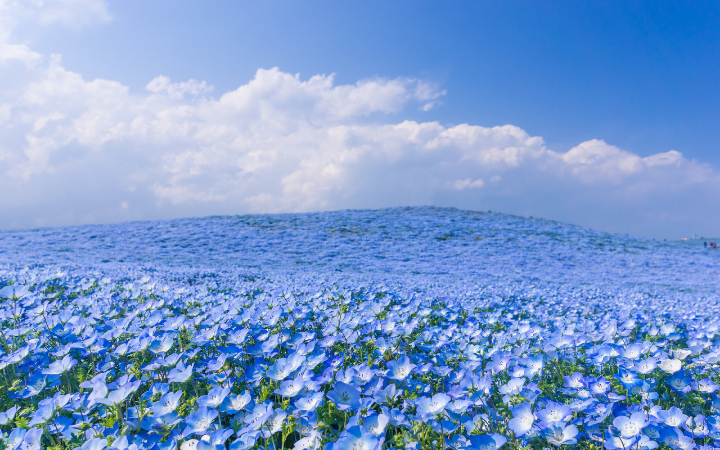 The visitors enjoy a stunning display of millions of these seasonal flowers. It is closed every Tuesday. It is open from 9:30 AM to 5 PM in spring and summer and from 9:30 to 14:30 from November to February. It is free for junior high school students and under and costs 460 yen for seniors above 65 and 700 yen for the high school students during the flower season. On a 3-4 hour visit, you can click lovely pictures, have a family or friends day-out, enjoy solo traveling, and stroll in the park.

In the Fall season, green kokia (Kochia or summer cypress bloom from mid-July to late September) bushes cover the Miharashi Hill and gradually turns red as the weather becomes cooler. These autumnal colors are typically seen from early to mid-October. In mid-August at the Kochia Light-Up event, the entire park lights up after dark with colorful LED lights. The music and story-telling for families are organized. 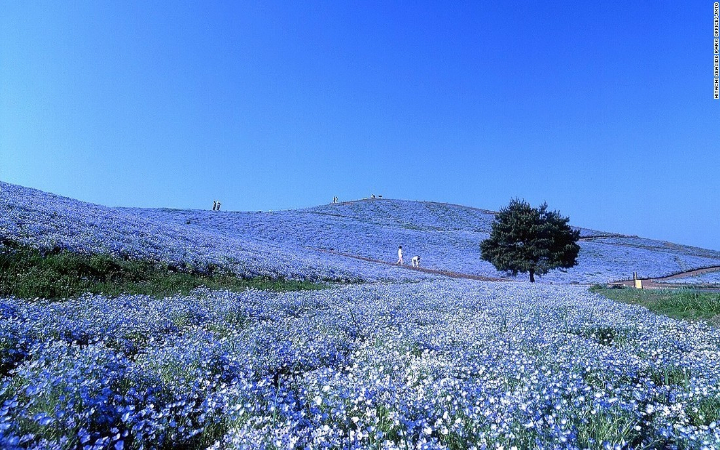 This three-day festival at the park named Rock in Japan has been organized since the year 2000. It happens to the biggest rock festival in Japan in terms of attendance. It entertains J-pop and J-rock enthusiasts every year.

Organized by Rockin’on in early August, it is an annual rock music festival in which local and global artists and bands from around the world perform on different stages such as Grass Stage, Lake Stage, Sound of Forest, Wing Tent, and Seaside Stage.

Other Fascinating Attractions at and Nearby Hitachi Seaside Park 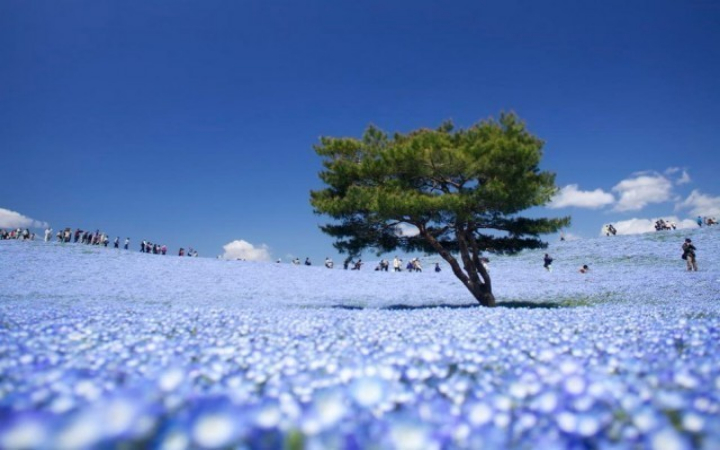 The park also features a million daffodils, 170 types of tulips, and several other flowers like Cosmos and red Kokia. You can also visit Aqua World Aquarium named Ooarai Aquarium, Rinkan Athletic Grounds, watch the sunrise from Ooarai Isosaki Shrine Gate, and have Sushi for lunch at Nakaminato Fish Market.

A big forested area featuring the Suisen Park is near the entrance of the park, where narcissus typically blooms during mid-March and lake tulips around late April. The Hitachinaka Nature Forest has walking trails, and the Dune Garden has plants that are native to the coastline of Japan.

A small amusement park named Pleasure Garden features more than 25 rides and attractions, which include a 100 meter tall Ferris wheel, putter golf, a BMX course, and a roller coaster. The majority of rides and activities require additional fees. Various restaurants and a BBQ zone are also available for picnics. Rental bicycles are also available, which start from 450 Yen for 3-hour use, and nearly 11 km of cycling paths allow easy access to various park areas.

The nearest railway station to Hitachi Seaside Park is Ajigaura on the Minato Line of the Hitachinaka Seaside Railway via Katsuta Station on the JR Joban Line. From Tokyo, the park is 75 mins by train (costs 600 Yen for a 1-day pass) and a 2-hour drive by car and Expressway bus.

The rare view at this park looks like the sky and the Earth are touching each other. You can capture the beauty of this breathtakingly colorful place on your camera. It is one of the best Japanese tourist places to visit.