Are you an adventure freak and looking to explore an exotic place? So if you love rock climbing, Mount Roraima is the perfect cliff to get your adrenaline pumping. 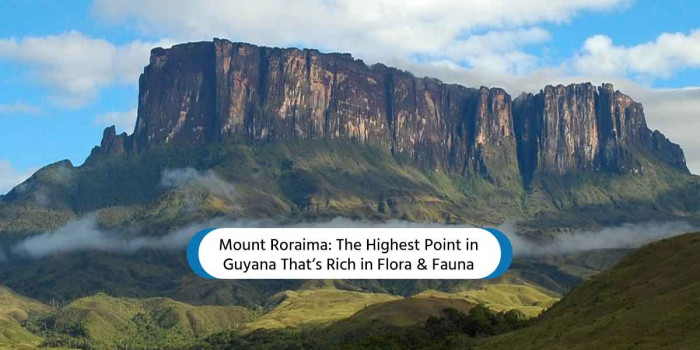 Known as Cerro Roraima & Monte Roraima in Spanish and Monte Roraímã & Tepuy Roraima in Portuguese, Mount Roraima is a fictional-looking natural wonder that looks astounding. It is a humongous flat-topped mountain or mesa located in the Pakaraima Mountains of the Guiana Highlands.

Mount Roraima is situated in the continent of South America at the tri-junction of three countries- Venezuela (85%), Brazil (5%) & Guyana (10%). Highest of the Pakaraima chain of tepuis (table-top mountain) or plateaus in the continent, it is said to be one of the most enthralling cliffs in the world.

If you are an adventure freak, then you will surely love rock climbing here. Let’s know the history, pop culture references, and more about this floating island plateau.

Significance and a Brief History of Mount Roraima

Also called tepuis, Mount Roraima & other mountains of this range are believed to be some of the earliest known geological formations, which date back to nearly 2 billion years. So you can say it is ancient.

During an expedition in 1595, the English explorer Sir Walter Raleigh was the first one to describe to Europeans how its 31-square-kilometer summit area is bounded on all sides by cliffs that rise above 400 m. He got to know about it from the natives who lived before European’s arrived during the 1500-1600s. 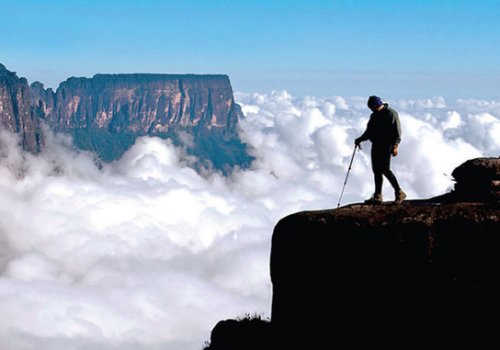 Nicknamed the Floating Island, Mount Roraima attracts tourists from across the globe because of its otherworldly appearance of a plateau floating over a forest. It has a unique ecosystem that scientists are trying to unravel.

This mind-boggling cliff is a part of Venezuela's 300,000 sq km Canaima National Park. It rains almost every day around the year, creating a diverse ecosystem that comprises some of the world’s highest waterfalls.

It is home to various endemic flora-fauna species like a unique carnivorous pitcher plant, rare Rapatea heather, Campanula, and Roraima Bush toad. Whereas, the Monte Roraima National Park in Brazil is not open to the public without permission.

For the ardent and the most experienced of hikers, the cliff has a natural ramp-like path up the mountain that is scalable. It is typically a 2-day long hike. Interestingly, the first-ever major tepui to be scaled was Mount Roraima by Sir Everard im Thurn back in 1884.

Also, it happens to be one notable mountain trekking route (via Paraitepui is non-technical) in Venezuela. The other routes from Venezuela, Guyana, and Brazil are technical rock climbing routes that are hard to scale and require climbing gears. These also need tough authorizations to enter restricted-access national parks in the respective nations.

Besides trekking, you can witness the sunrise by going camping at the Tek river.

How Has it Been a Pop Culture Inspiration? 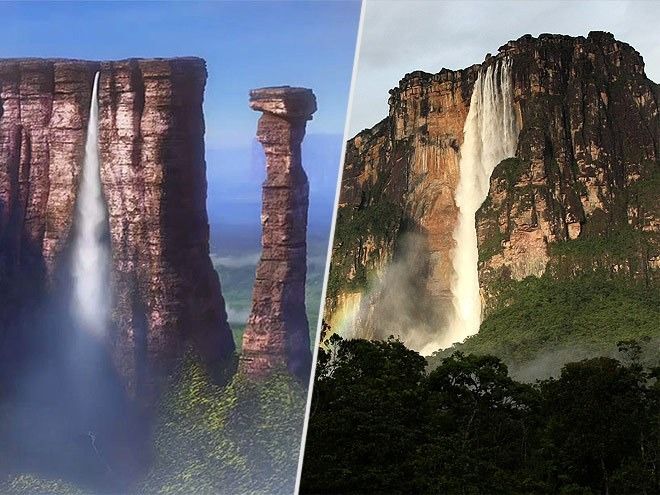 Mount Roraima holds an age-old cultural significance among the aboriginals of the area, and it features prominently in local myths and folklore. According to the Pemon and Kapon natives of the Gran Sabana, Mount Roraima is believed to be the stub of a mighty tree that once bore all of the world's fruits and tuberous vegetables. The mythical trickster Makunaima knocked down the tree to the ground, resulting in a terrifying flood.

In the 2009 Pixar movie ‘Up,’ the dramatic waterfalls called “Paradise Falls” were inspired by the Roraima falls. The far-flung landscape of cliffs and jungle in a report by popular South American researcher Robert Schomburgk served as an inspiration for Arthur Conan Doyle’s novel ‘The Lost World’ that was about the discovery of a prehistoric world filled with dinosaurs & other primeval creatures.

Lying on the Guiana Shield, Mount Roraima is the highest peak of Guyana’s Highland Range. It is also the highest point of Roraima, the Brazilian state of Roraima. The mountain’s highest point is Laberintos del Norte. Moreover, this 14 km long and 2.772 km high cliff is the source of several rivers of Guyana, Amazon, and Orinoco river systems.

The landscape is impressively beautiful, and you can enjoy stunning views here. So don’t think twice if you’re an expert mountain climber and want to scale the fascinating cliff. You can also visit these mysterious islands or the beautiful Loktak Lake, which is the floating paradise of Manipur for an exotic experience.

Interesting Facts About Russia that are Not Known!