Underwater Waterfall, Mauritius With Best Optical Illusion In The World

Waterfalls are cool isn’t it? But have you ever experience of being sucked down in a huge underwater waterfall? Yes, that’s ... 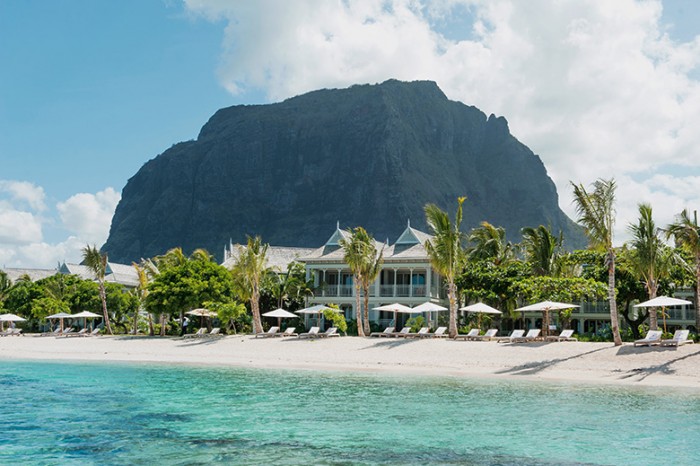 Waterfalls are cool isn’t it? But have you ever experience of being sucked down in a huge underwater waterfall? Yes, that’s the out of the box scenes are made of…and you can experience it in Mauritius.

Visit an island called the Republic of Mauritius that could make this terrifying tale a reality. It is totally cool to mention that the underwater waterfall is created by nature itself. Well, almost it is an illusion that looks totally really and exotic.

Located 2000kms from Africa’s southeast coast, just of Mauritius coast this wonderful waterfall illusion fascinates the people from all over the world.

These incredible images don’t show the dropdown of water, but actually, it is sand from the stunning Mauritius beach that is forced off the plateau by the water currents.

What Makes the Fall Special?

The local sand and the silt deposits that flow continuously through the area and fluctuates the color of the water in such a way that it looks like a waterfall knows where to head further. The breathtaking view, the helicopter rides and the aerial shots give an exotic camera shot to capture.

Whilst you can see the picturesque view from the sky, this is not the only surprise of the part of Mauritius that the volcanoes have offered us. From the top of the shores atop Le Morne Mountain down to the fascinating coral reefs close to the waterfall itself, there’s a huge exotic natural sight one can explore. (17.1) 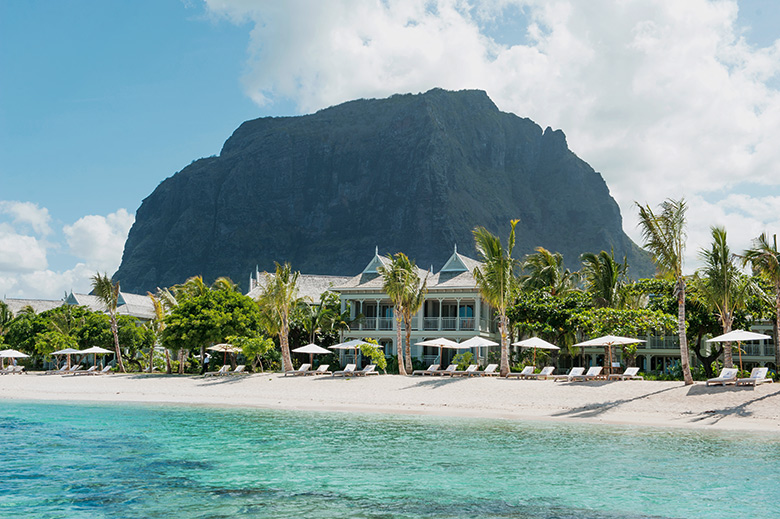 This Indian Ocean is actually a home to national park and tons of wonderful lagoons and beaches. From the beach of Mauritius, it might not look so beautiful, but hop on the helicopter to get the tour of the island and you will notice a particularly fascinating shoreline. From the top, it will look like there’s a deep waterfall flowing down below the water. But sadly, it’s exactly not what it seems, but the real truth behind what your eyes see is pretty cool. 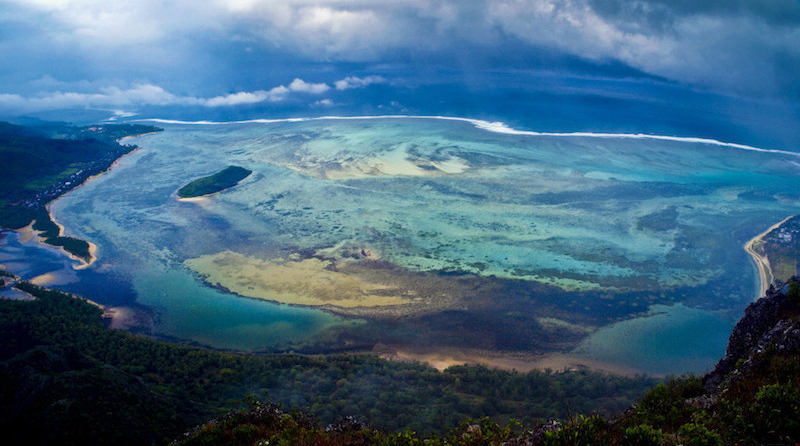 The color of the water is different on the ground below it, making it some area to appear intense than other. The entire island holds 720 square miles and interestingly, it has its own time zone. It is also a home to pink pigeons and the exotic shrubs like trochetia boutoniana. The incredible color combination of the waterfall gives a whole new meaning to several water color paintings.

Visuals off the island and water inside the fall give unbelievable effect, all of the colors splash together to form a whirlwind of life. The number of underwater reefs continues to flourish and grow, providing divers with an extraordinary view of underwater life.

Both Mauritius and Underwater Waterfall Island in Mauritius are attractions to the visitors. Being, one of the fascinating islands in the Indian Ocean, the underwater waterfall makes the place more interesting and eye-catching. Just imagine floating above this waterfall and it gives you the feeling that you didn’t expect.