Turnip Rock: A Tiny Island That Looks Like A Huge Turnip

Turnip Rock is a small geological formation in Michigan. It is a stack located in Lake Huron, in shallow water a few meters offs... 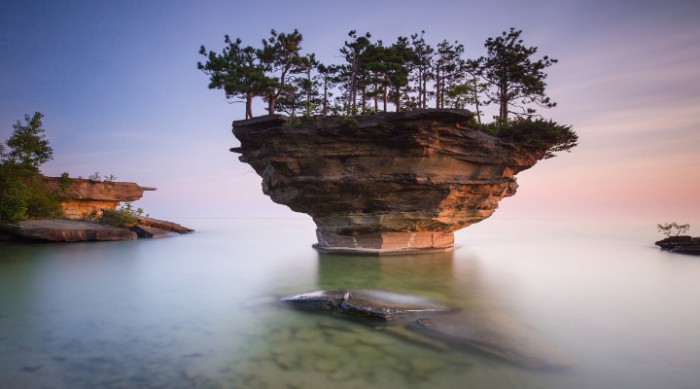 Turnip Rock is a small geological formation in Michigan. It is a stack located in Lake Huron, in shallow water a few meters offshore, near the rock called the Thumbnail which is the extreme tip of Pointe Aux Barques, a small peninsula in Pointe Aux Barques Township which in turn is the extreme tip of The Thumb, a large peninsula comprising several counties in eastern Michigan.

The trip consists of a 7 mile out-and-back trip via the Point aux Barques trail. The shallow waters surrounding Turnip Rock allow you to get out and enjoy the area as well as snap a few photos while you are there. Be sure to wear suitable footwear if you are going to exit the kayak as the rocks are slippery.

The gigantic stone developed its signature look after millennium of being worn away by waves thumping across its bow. After being separated from the mainland in prehistoric times, Turnip Rock is an isl and inhabited by some trees and very little else.

This Giant Turnip Is A Result Of Natural Weathering 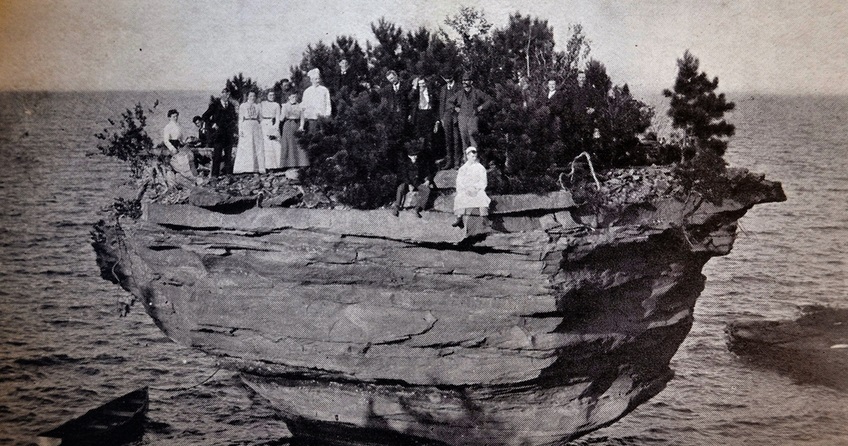 Turnip Rock has been severely undercut by wave action, so that its top has a significantly larger cross-section than its base.

Sunsets Are Breathtaking Here Besides The Turnip Rock Itself

It is a private property so you can go there, Kayak for a while, meet other Kayakers, take photographs and leave, it’s prohibited to stay there, camp and party.

Waters Are The Only Way To Reach There, So You Can’t Go When The Lake Is Froze 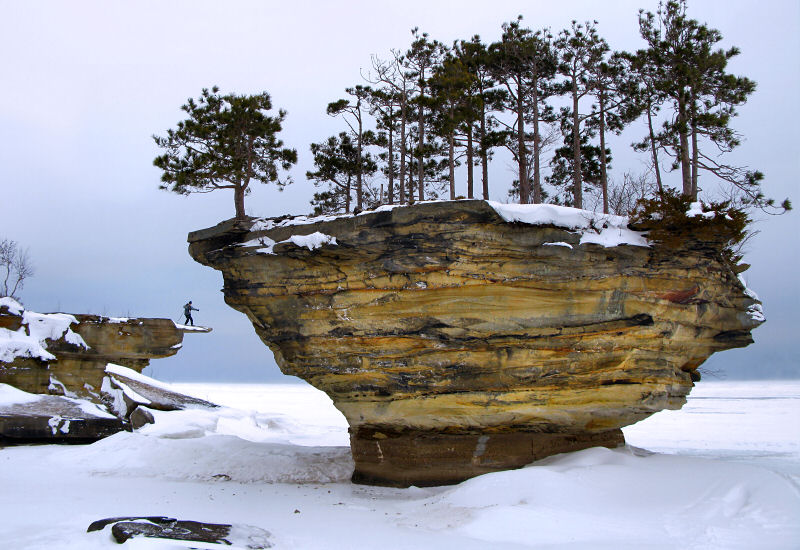 The view is beautiful though.

No Wonder, It Has Become The Dream Kayaking Destination For People 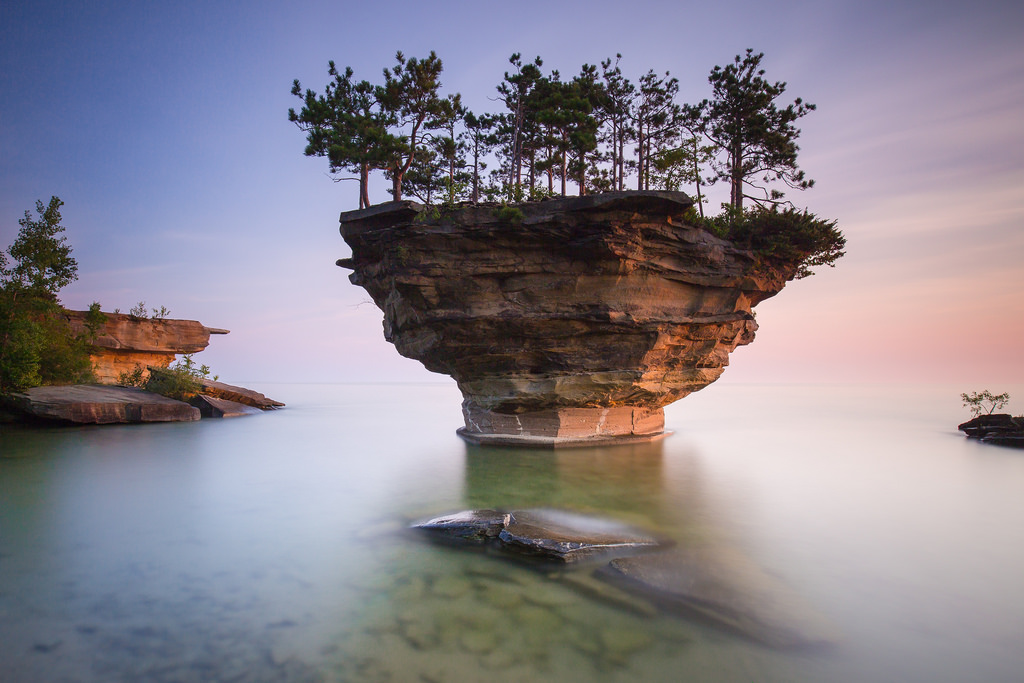 You can’t really appreciate the beauty of this place just by looking at your backlit window to nature, that’s why this place has become travel enthusiasts’ hotspot.

The Kayak Point Of View Of The Turnip 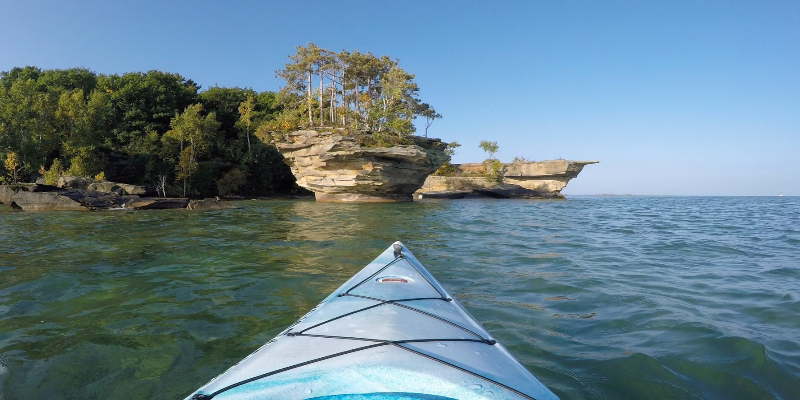