Pink Lake Hillier From Australia Has Some Surprising Scenic Views

We have learned in the geography classes that water bodies on the map are always marked in blue. But can you just imagine a wate... 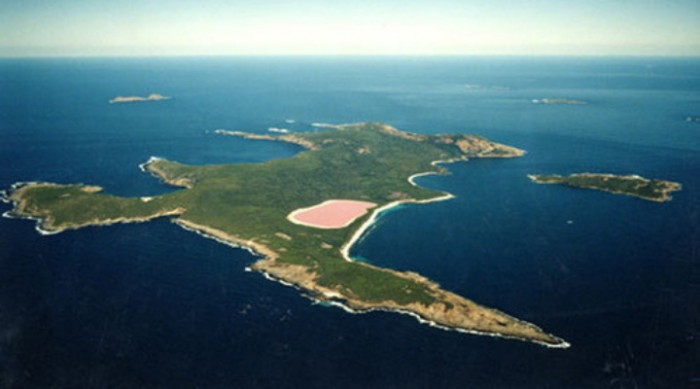 We have learned in the geography classes that water bodies on the map are always marked in blue. But can you just imagine a water body pink in color? Sometimes nature creates oddities just like the Lake Hillier in Australia.

Lake Hillier doesn’t impress with its size nor by its diverse fishes that reside in the lake, moreover, the delightful pink color of the lake is an accentuate of the Australia. The lake lies just next to the Pacific Ocean and the contrast between pink of the lake and the blue of the ocean is really fascinating. 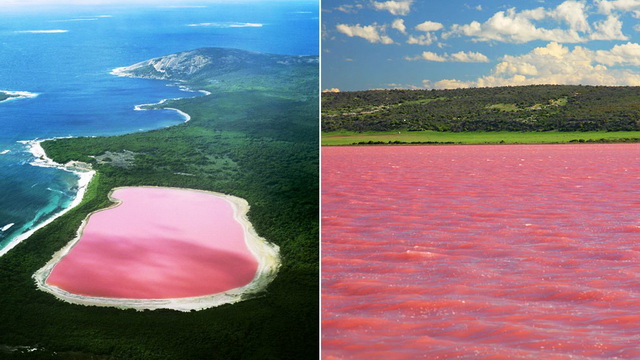 The reason behind this delightful color of the lake is still a mystery but some suspect that it has a relation with the presence of Dunaliella salina microalgae. The pink color is due to red halophilic bacteria in salt crusts. If you see the lake from a height, the lake appears as a solid bubble gum. The lake measure 600 m long and is covered by sand and dense woodland of Eucalyptus trees. A narrow strip of sand covered by vegetation distinct it from the ocean. 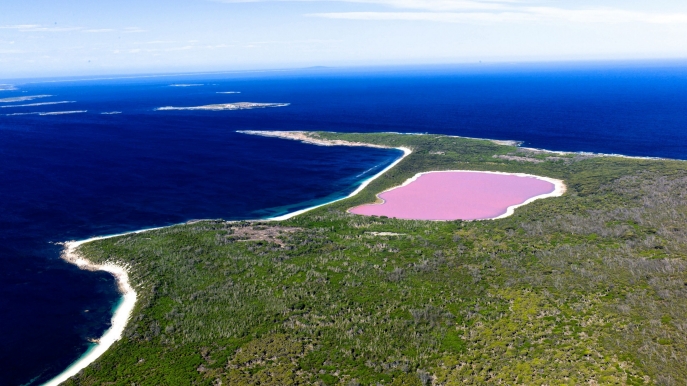 The pink color of the lake is not a trick nor is it the presence of light. Lake Hillier is not the only pink lake, but what makes it unique is it never loses its pinkish shade. Though the shade fluctuates with the temperature, it never loses its original pink.

Lake Hillier’s Islands were first discovered by Matthew Flinders, a British traveler who captained the HMS Investigator (a merchant ship). Flinders went ashore and reached to the island’s highest peak which is today named after him.  He discovered that the pink lake was almost salty as the Dead Sea. The water of the lake is clear and never harms the human skin. The Hillier’s lake pink color is actually not clearly visible from the surface but it looks very prominent when viewed from above. (17.1) 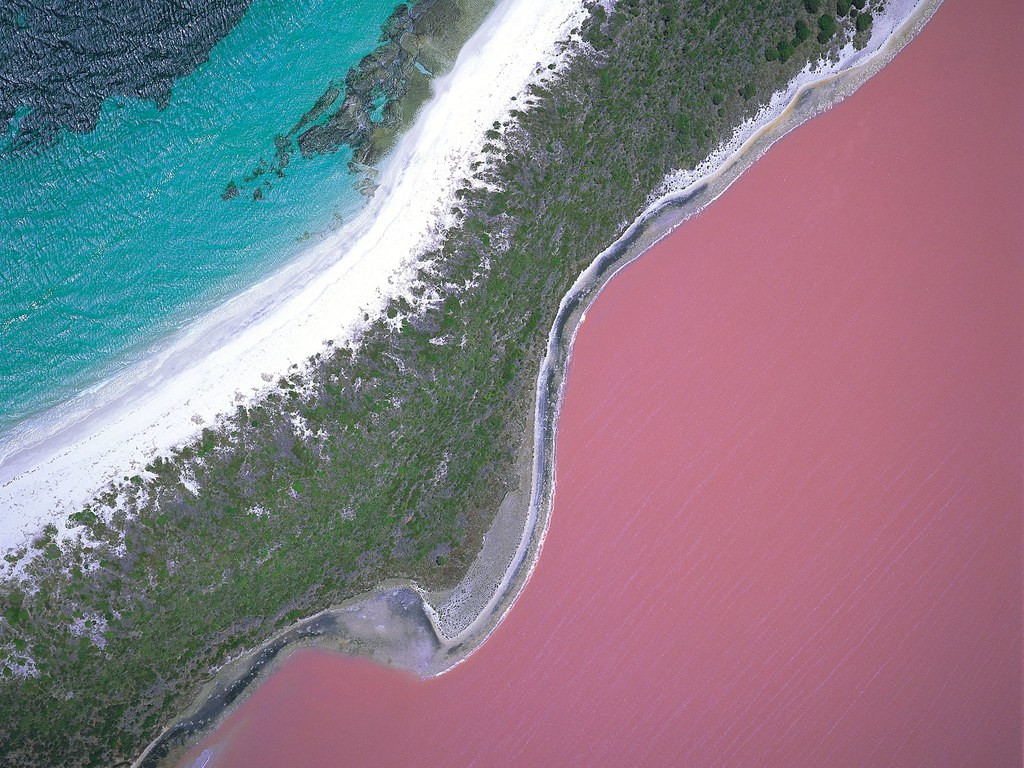 Swimming is not possible anyway since Hillier lake is now used only for research purpose and visitors can admire it only from the helicopter rides. From a distance Lake Hillier looks likes a bubble gum, come closer, you will notice the water remain unmistakably pink. 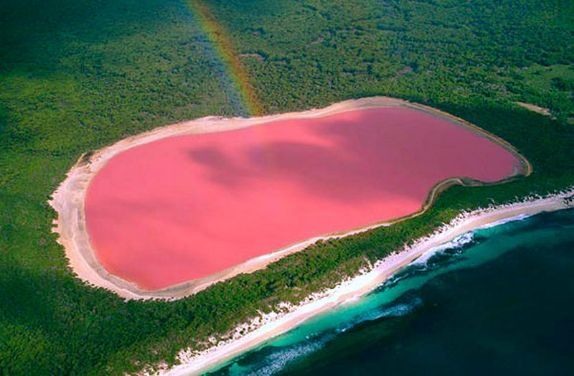 For a few years, it was used by local to extract salt but nowadays it is strictly restricted for the tourist visit. The scientist also launched an investigation to get the reason behind this rosy color. They collected water from the lake to identify the algae, bacteria, and archaea that live within.

You can also explore the beauty of the islands and wildlife of the Recherché Archipelago on a cruise from Esperance. There’s a plenty to see and to catch near Esperance including walking, cycling, scuba diving, kayaking and whale watching.

Have you visited any of the pink lakes in the world? Drop your comments below which one you like the most and what makes it different from the Lake Hillier.