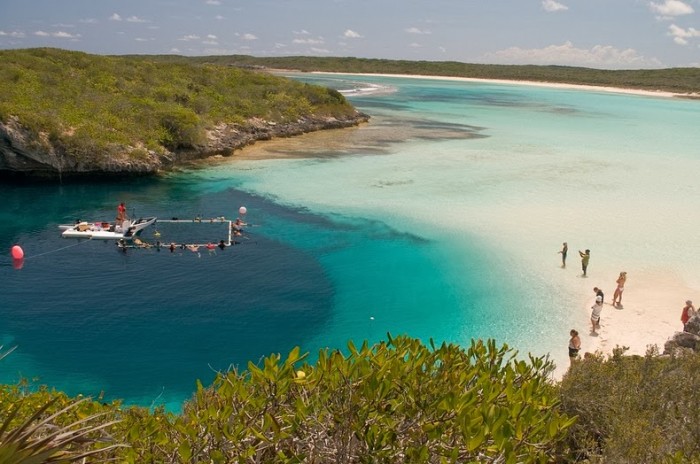 Just imagine a saltwater pool with calm water that runs 660ft deep and is densely populated with exotic colorful tropical fish, turtles, jacks, snappers and curious rays. Plunging into a depth in a west of Clarence Town on Long Island, Dean’s blue hole is the second largest underwater chamber and the deepest blue hole in the world. 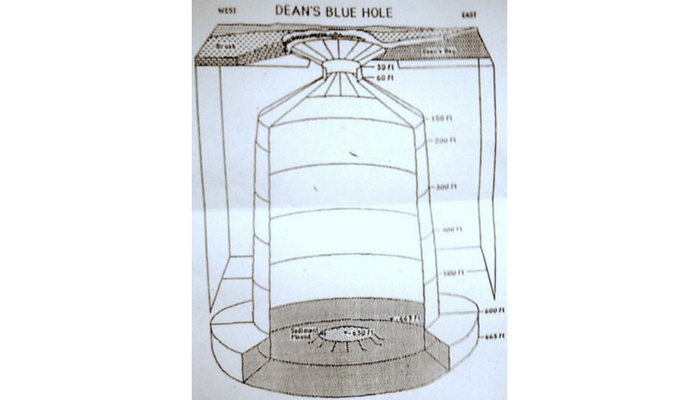 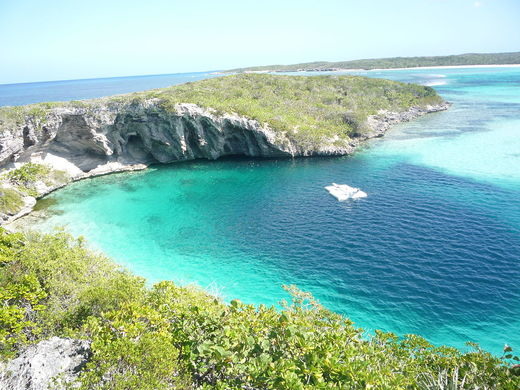 The mystery behind the structure is still not known. At the tip of the Peninsula Bay, there is a 6 m entrance into the vertical cave.  Its walls are not vertical but overhanging from where the Hole starts. You can even observe a constant sand fall streaming down into the hole. The blue hole expands until the diameter reaches 100 m. The bottom of the cave is even, though walls are not symmetrical. Numerous side passages can be seen here that yet to be explored.

During the storm tides, the volume of water continuously discharges through the mouth of cave – it means that cave is accidentally connected to the sea. There is a difference between sink hole and blue hole. 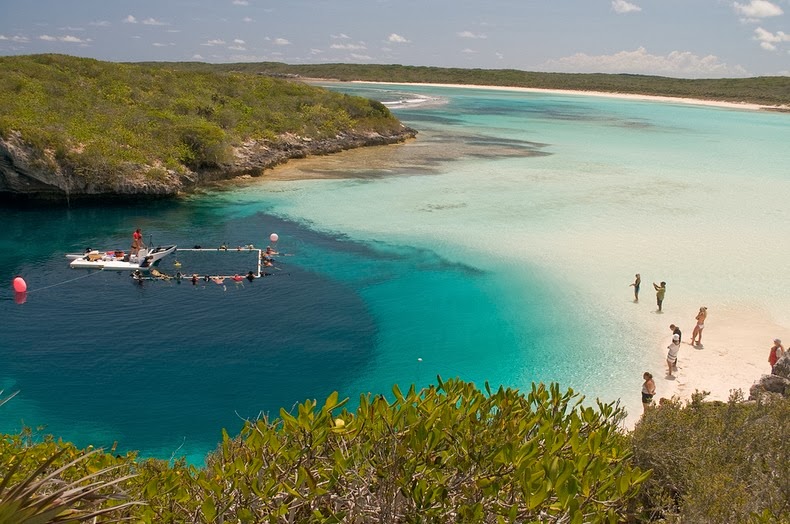 The blue hole is a term created for the sinkholes which are filled with water irrespective of their formation. It seems that ‘blue’ is used because of the beautiful deep color of the water in the formations. (17.1)

The deep blue color is formed by the high transparency of water and white carbonate sand. The blue color is the most prominent part of the spectrum, the other colors like red, yellow and green are absorbed during the path of the water, blue manages to reach the sand and returns back after the refraction.

In April 2010, a scuba diver William Trubridge broke a diving record in the blue hole by reaching a depth of 92 m without using fins. In December 2010, he further swam to 101 ft on a single breath. But sadly, in November 2013 another diver Nicholas Mevoli died during an effort to create a new record. 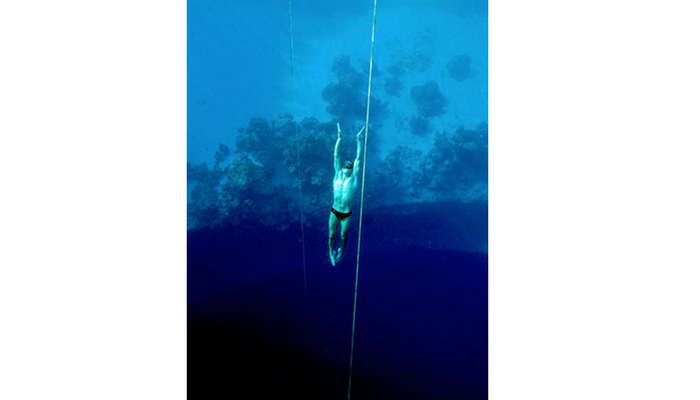 Since 2007, a freediving school ‘Vertical Blue’ is established here which operates from November to May. Blue Dean’s Hole is perfect for many sports. For divers and adventure seekers, it is a place of fun, but for scientists, it is nothing short of a phenomenon. The world’s deepest known oceanic blue hole is absolutely gorgeous. 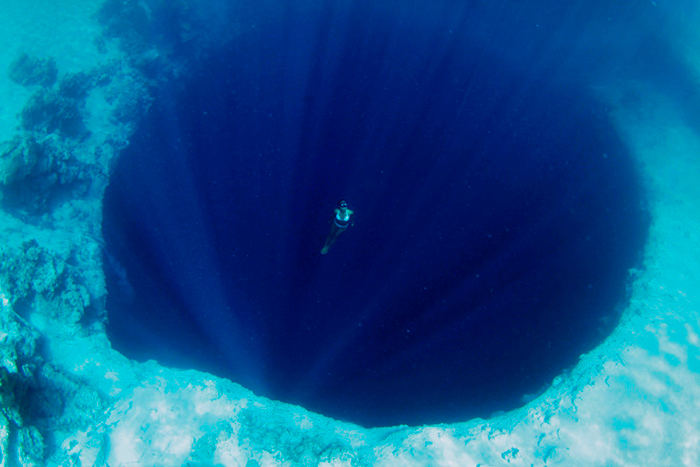 Make a plan to visit Dean’s Blue Hole. It is located towards three miles north of Clarence town. Take a long way to the end, turn night and follow the narrow lane, dirt road to the end. From the parking area walk to the beach. (17.2)