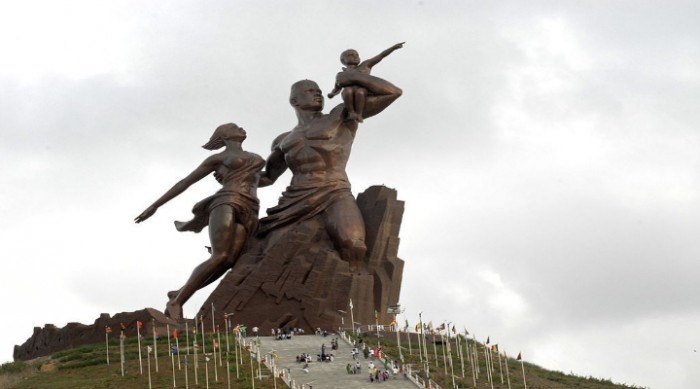 African Renaissance Monument (or Le Monument de la Renaissance Africaine) is the 161-feet towering bronze statue situated atop one of the twin hills Deux Mamelles. Built on the outers of Dakar in the Ouakam suburb, the statue provides a scenic view of the Atlantic sea from above. It is the tallest statue in Africa and is also among the world’s tallest statues.

After the statue’s idea was proposed by the then President of Senegal Abdoulaye Wade, the site preparation and construction on 328-feet Hill began in 2006 and 2008 respectively.

The monument was originally planned for completion in December 2009 but the delay extended to early 2010. The formal dedication of the statue took place on 4 April 2010, which was Senegal's 50th National Day, the date it got independence from France.

The Family Group in the Statue Depicts People of Africa 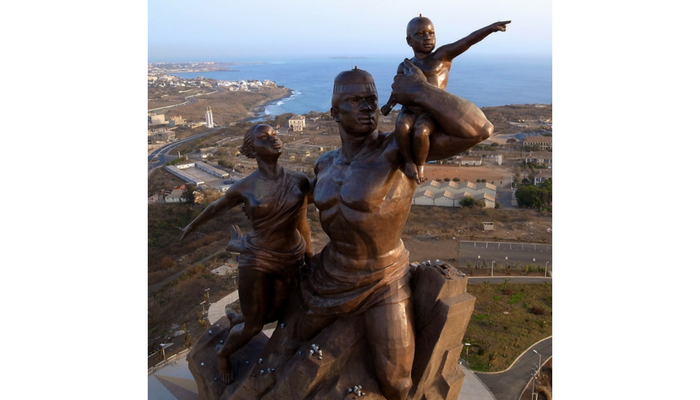 The statue features a man, a woman, and a child who is pointing in the west direction toward the sea. It commemorates the achievements of the people of Africa. Made of 3 cm thick metal sheets, Senegalese architect Pierre Goudiaby designed the statue, and North Korean firm Mansudae Overseas Project Group of Companies built it. On 3 April 2010, the African Renaissance Monument was launched by President Wade who regarded it as an element of Senegal's esteemed projects. It was unveiled in the presence of 19 African heads of state, representatives from North Korea, U.S. civil rights activist Jesse Jackson, rapper Akon, and other dignitaries.

"It brings to life our common destiny. Africa has arrived in the 21st century standing tall and more ready than ever to take its destiny into its hands".

"This monument does not belong to Senegal. It belongs to the African people wherever we are".

But the Protesters & Opposition Leaders Called It a Horrible Statue, an Economic Monster & a Financial Scandal 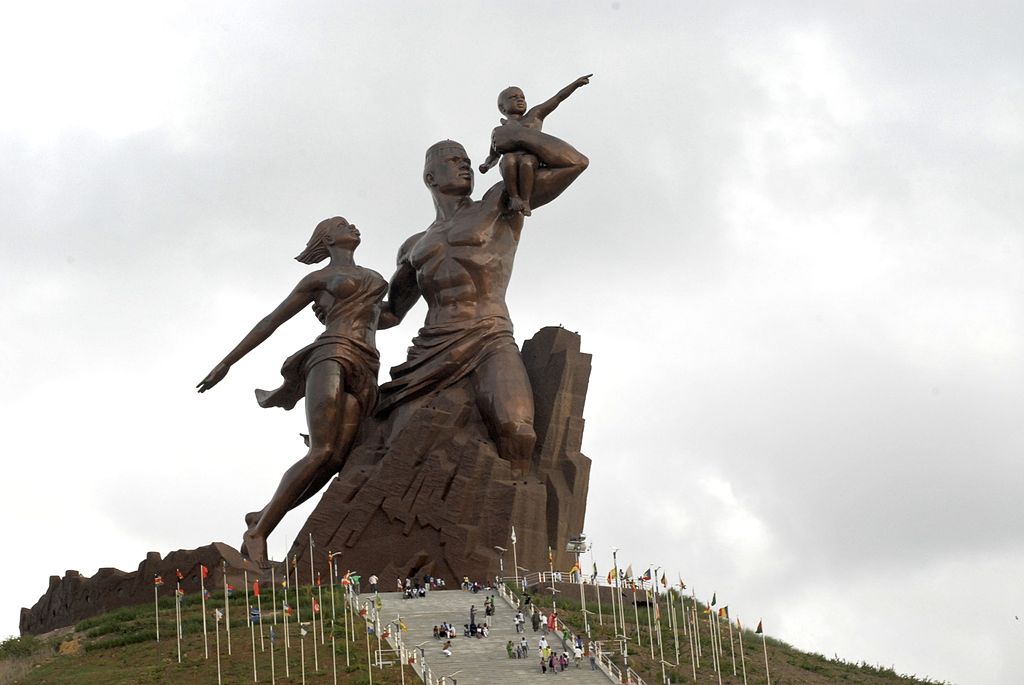 There were thousands of people who sharply criticized the architectural style and the whopping expenses incurred in the construction. The monument was slammed for the huge amount of expenses (the US $27 million) made on it.

A world-famous Senegalese sculptor Ousmane Sow, a world-renowned condemned use of North Korean manpower and said it was just a symbol of the African Renaissance and has nothing to do with art. 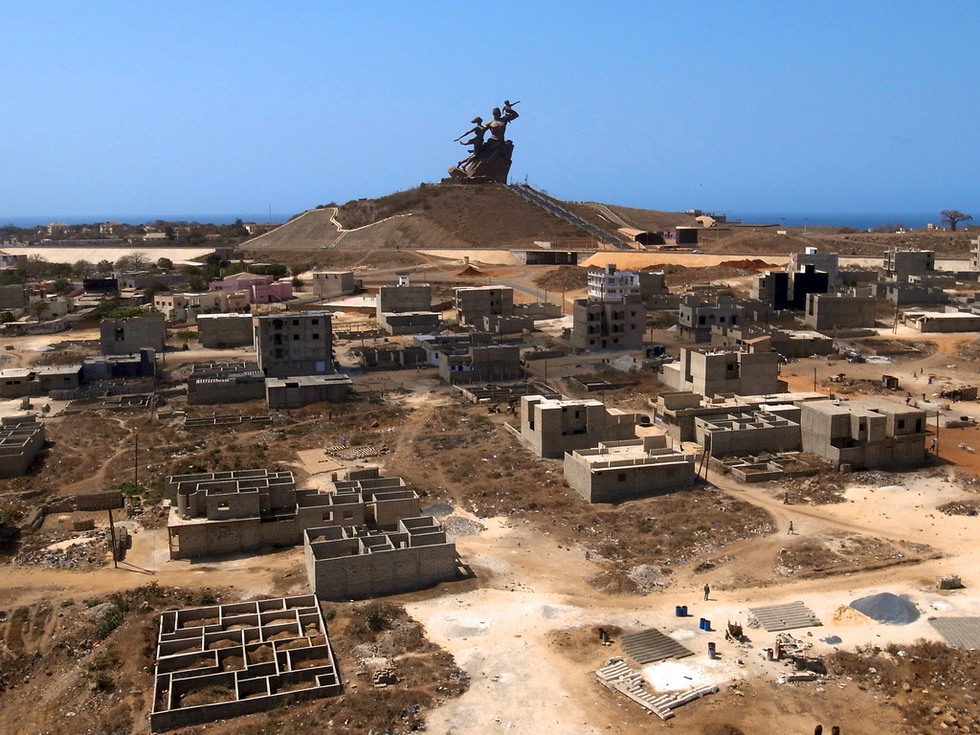 The Deputy leader of the opposition Ndeye Fatou Toure called the colossal statue an "economic monster and a financial scandal in the context of the current [economic] crisis". The Senegalese opposition leaders also raised questions on its architectural style and the art critics contended that the body shapes look like that of cartoons and slightly have African facial features.

A controversy sparked on President Wade's claims to the intellectual property rights of the statue. Wade insisted that he is entitled to 35% of the profits raised to which opposition leaders said that the President cannot claim copyright over ideas that are carried out as a function of the public office.