Fergana Valley - One Of The Biggest Oasis With Soil

Located in Central Asia’s southeast corner the Fergana valley is enclosed by the mountains to the north and Gissar - Alai ran... 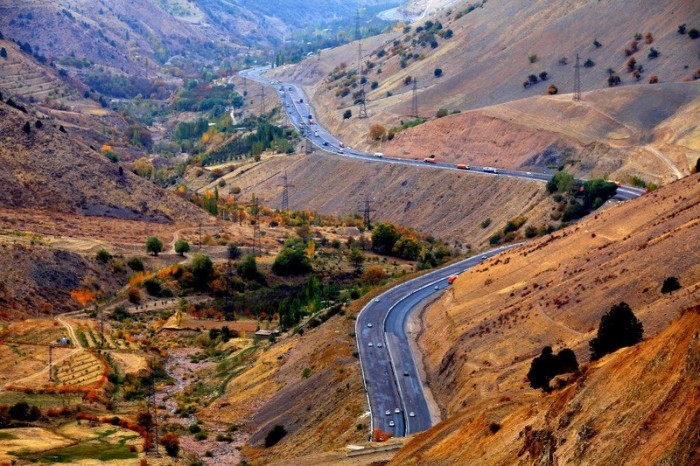 Located in Central Asia’s southeast corner the Fergana valley is enclosed by the mountains to the north and Gissar - Alai range to the south. Fergana Valley is also one of the biggest oasis with soil and climate in Central Asia. The valley has long been the agricultural land of the Central Asia and has been the most unstable areas since the collapse of Soviet Union due to complex borders and religious extremism. The valley is spread across southern Kyrgyzstan, eastern Uzbekistan, and northern Tajikistan. However, each of the countries contains minorities of other two ethnic groups. 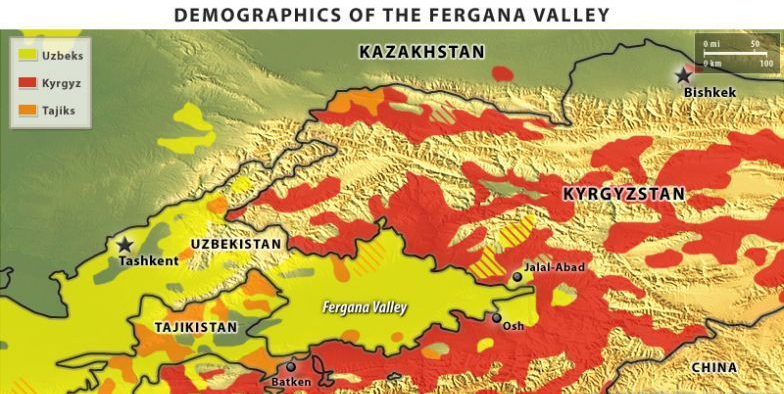 Fergana Valley measure nearly 22,000square kilometers of flat plains that distinguish it from regions in Central Asia, where the land is made up of treeless steppes and deserts. In addition, Valley is a major source of food; it crops wheat, vegetables, rice, and fruits. The Fergana owes into two rivers - the Kara Darya and the Naryn which run from the east and joins Namangan forming the Syr Darya River. The streams and the mountain effluents supply water for irrigation and bring the vast quantity of sand to deposit along the courses, more especially alongside the Syr Darya River. (17.1)

This productivity has made the valley densely populated area i.e. nearly a quarter of the total population live in less than 5% of the total land area. According to the reports, the area has experienced a population growth of more than 30% in the last 10 years. The climate of the Fergana valley remains dry and warm. During summers the temperature reaches (68 degrees F) and then rapidly rise to (95degree F) till August.

Iron, coal, sulfur, and naphtha are all known to exist, but only naphtha and rock-salt have ever been extracted in quantities from the Fergana Valley. The only industrial enterprises were some factories engaged in cotton cleaning. The drive from Fergana valley is really stunning, however, passing a huge reservoir and a mountain pass before descending towards Kokand. (17.2) 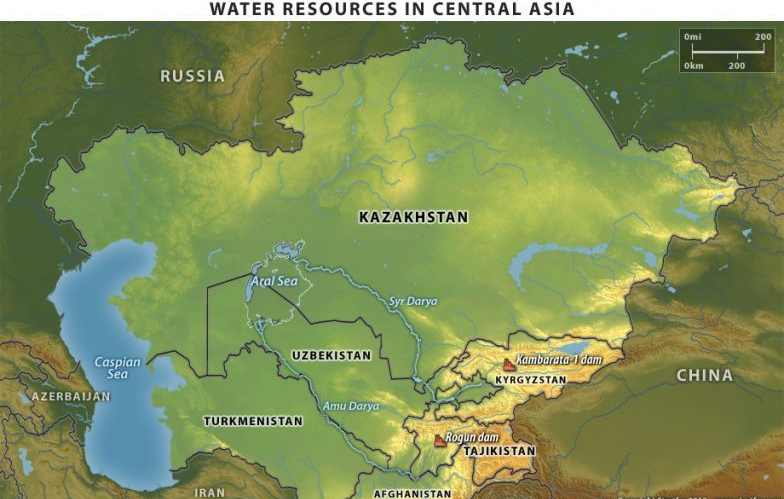 Regional divisions between the countries posed a threat to the stability of each country, looming succession showdown in Uzbekistan, southern politicians attempting to take over Kyrgyzstan and security issues in Tajikistan’s resistive east. The population growth in Fergana will further pressurize the scarce resources and will create a greater competition for the underemployed and underdeveloped region. Russia with its military presence in these countries will be more concerned as social stability in Tajikistan and Kyrgyzstan comes under strain. Several countries are looking for the future stability of the Fergana valley but it will be quite difficult to maintain.