Trek in the Historical Edakkal Caves in Ambukuthi Hills in Kerala

Do you want to go on a trekking trip? Edakkal Caves, which is located in the Indian state of Kerala, is a place with archeological significance. 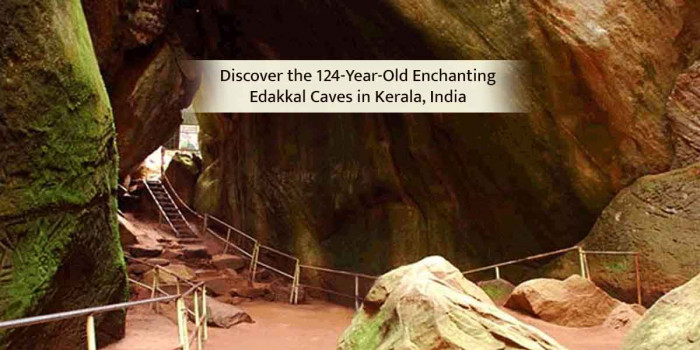 If you are an adventure traveler or a history lover, then Edakkal caves in the Wayanad district of Kerala, India, is a must-visit place. The Edakkal (also known as Edakal) Caves are two natural caves situated at Edakal. These caves are located 3,900 ft above sea level on Ambukuthi Mala, on the Mysore Plateau, in the Western Ghats.

Well, the Edakkal caverns are not caves technically but a cleft, rift, or rock shelter. They measure nearly 96 ft by 22 ft and have a 30-foot-deep fissure caused due to a rock piece splitting away from the main body. One side of the cleft has a rock weighing several tons that covers the cleft to form the cave "roof."

Let’s learn about the history, trekking details, and more about the Edakkal caves.

The History of the Edakkal Caves 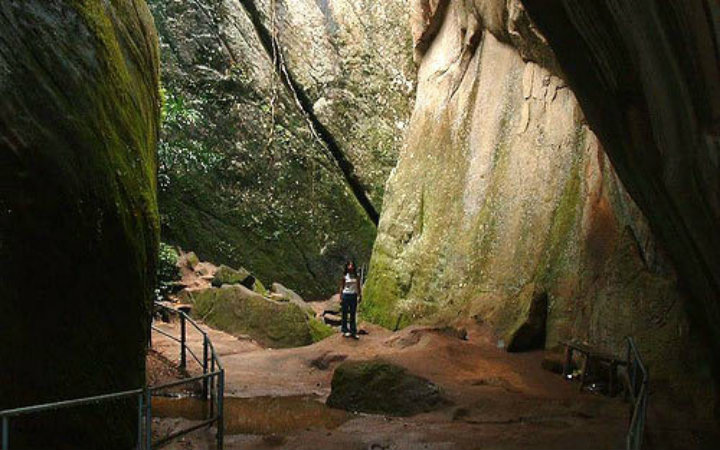 Considered as one the earliest centers of human habitation, the cave walls of the Edakkal cave are adorned with ancient stone scripts and pictorial inscriptions of human and animal figures that belong to the Neolithic age.

The pictorial paintings (cave paintings), primarily belonging to the Neolithic period, include Prakrit-Grantha inscription of the local king of Kadamba ‘Vishnu Varma.’ The record, which is believed to date back to the 5th or 6th century AD, depicts the extension of Kadamba authority into Waynad.

Except for Edakkal, any concrete evidence for the existence of true Neolithic culture in Kerala is not discovered yet. Also, a short Tamil-Brahmi script, with the word Chera ("Kadummi Pudha Chera"), was discovered at Edakkal.

A legend says that these caves are believed to be formed with the arrows of Luv and Kusha, the sons of Lord Sri Rama. And one other legend is associated with KuttiChathan and the Goddess Mudiampilly. The natives considered it a pilgrimage trip to honor the Goddess.

Certain sources also suggest that Edakkal caves have some links with Indus Valley Civilization. Nearly 400 signs were discovered recently, which demonstrates its relationship with the ancient civilization, and the notable one among them was ‘a man with a jar cup.’

A Surreal Journey to the Edakkal Caves 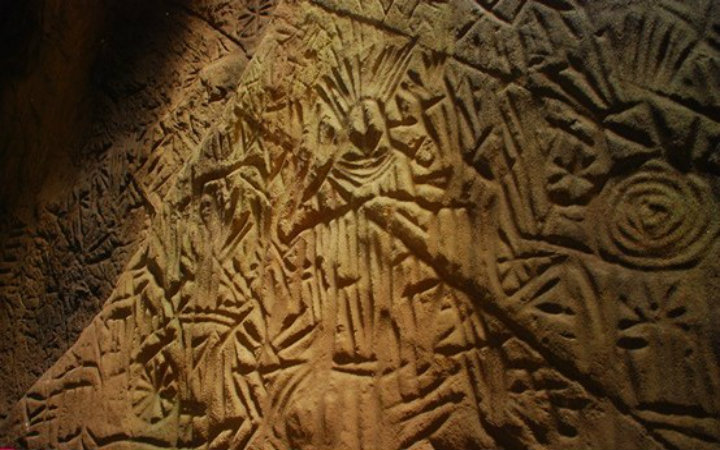 To reach the cave, one has to trek about 4000 ft up the mountain. The journey is worth it as it takes you through lush green scenery across the coffee plantations. So as you scale the Ambukuthi Mala that is 45-minute long, you can feel the aroma of coffee throughout the path.

At the top of the mountain is the ticket office from where you can officially enter into a lost and forgotten era of history during your visit to the cave.

These caves have taken their shape due to a boulder that is wedged between two bigger rocks. Local people associate the caves with stories of the stay of Lord Rama, Luv, Kush, and other local deities. Edakkal caves hold high archeological significance.

Moreover, if we talk about the best time to visit Edakkal caves, it is from December to May during morning hours. Also, trekking should be avoided during the rainy season as the rocks may be slippery. And the visiting time is 9.30 AM to 4:30 PM.

So that was all about the 124-year-old Edakkal Caves, which hold great historical and archaeological significance. Moreover, Ajanta-Ellora caves and Glowworm caves are among the most famous caves around the world. And if ever you plan to travel to an unknown place, do keep these points in mind.

So have you ever been on a trekking trip to the Edakkal Caves? If yes, do share your experience. And if you haven’t, then do visit at least once.

5 Historical & Beautiful Places to Visit in the Orchha State