Church of St. Mary of Zion : A Church Allegedly Housing Ark Of The Covenant

The Church of St. Mary of Zion is the most famous church in Ethiopia. The church is claimed to contain the Ark of the Covenant. ... 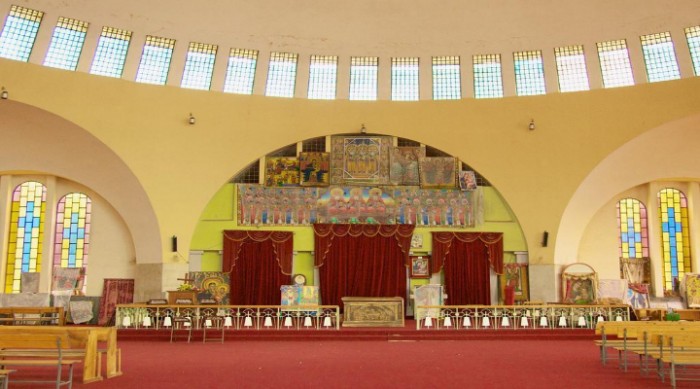 The Church of St. Mary of Zion is the most famous church in Ethiopia. The church is claimed to contain the Ark of the Covenant. Located in the town of Axum in the Tigray Province, the church is believed to be built during the reign of Ezana, during the 4th century AD.

The new church of St. Mary of Zion

The present building is new, but the church has impressively ancient roots. During the 4th century, the Prince Azana was instructed in Christianity by two Syrian monks. He promoted the religion and was regarded as a saint in both the Catholic and Orthodox churches. 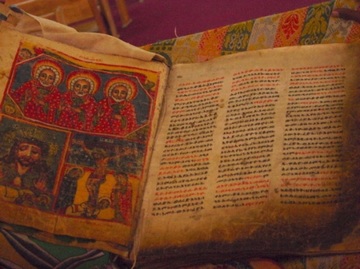 Manuscript in the 17th century

The demolition and the reconstruction of the church have become an integral part of its meaning for Ethiopians. Completely covered by Islamic countries and brought to the brink of extinction, the Ethiopian Orthodox Christianity is considered itself as a bastion against Islam.

In 1950’s, the king Haile Selassie constructed a new cathedral that remained open to both men and women, just next to Our Lady Mary of Zion. The old church only remained open to men as Mary symbolized by the Ark of the Covenant reportedly fighting in its chapel, is the only women permitted within its compound.  (17.1) 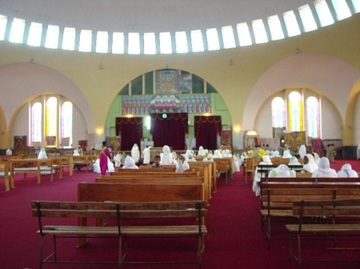 St. Mary of Zion’s rise from the ashes and depicts the struggles and victories of not only the church, but also of the nation of Ethiopia. Interestingly, all the kings were crowned here. And before 1930’s the criminal could receive sanctuary in the church area by ringing the bell on the entrance hall.

Some people believe that this wonderful church in Axum is considered as the model for Bet Medhane Alem, which is one of the most beautiful rocks carved churches in Lalibela.

St. Mary of Zion’s is a square structure covered by a colonnade that is used by dancing priests during their services.  It has fortress-like walls that throw back the site’s violent past, and colorful murals with paintings. 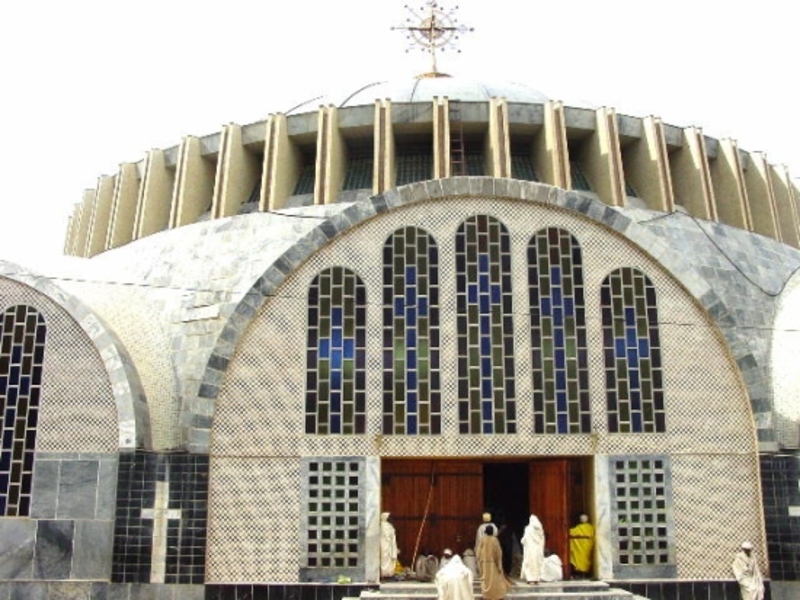 Male pilgrims are not allowed to go beyond the vestibule and women are allowed to the courtyard. During the services, the small church is overwhelmed by the worshippers. The priests wear the bright robes and are shielded by beautiful ceremonial umbrellas.

The newly constructed St. Mary of Zion is completely modern in its architecture, more spacious and beautifully decorated with colorful art. At the front of the church, you will notice a huge painting depicting the Holy Trinity, the Twelve Tribes of Israel and the Twelve Apostles.