Did you get a chance to read the ‘Saturday’ novel by Ian McEwan? If you do, then did you notice the tower featured on its cover ... 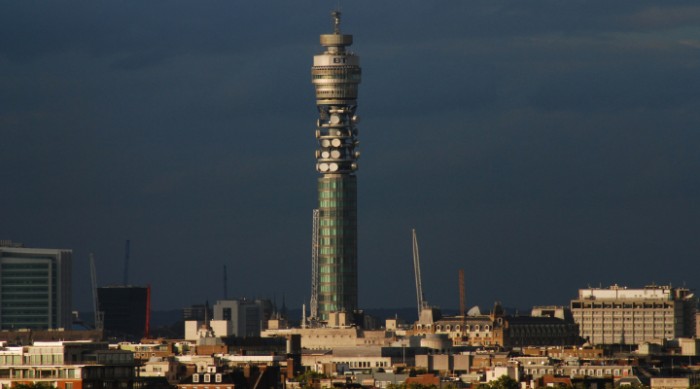 Did you get a chance to read the ‘Saturday’ novel by Ian McEwan? If you do, then did you notice the tower featured on its cover and inside it? And how about the tower in ‘V for Vendetta’ which happens to be the headquarters for “Eye” & “Ear” surveillance government divisions (in the graphic novel) and the headquarters of the "British Television Network" (in the film)?

If you haven’t figured it yet, it is the British Telecom Tower in London, UK. Notably, it has also featured in your favorite novel ‘Harry Potter and the Chamber of Secrets’. According to a newspaper report, the enchanted Ford Anglia 105E flies over this BT Tower.

Formerly known as GPO tower, the British Telecom Tower is a 34-floor communications tower situated in Fitzrovia, London. It was also known by the name Post Office Tower and the Telecom Tower. The height of the main structure is 581 feet and the aerial rigging makes it 627 feet tall in all. 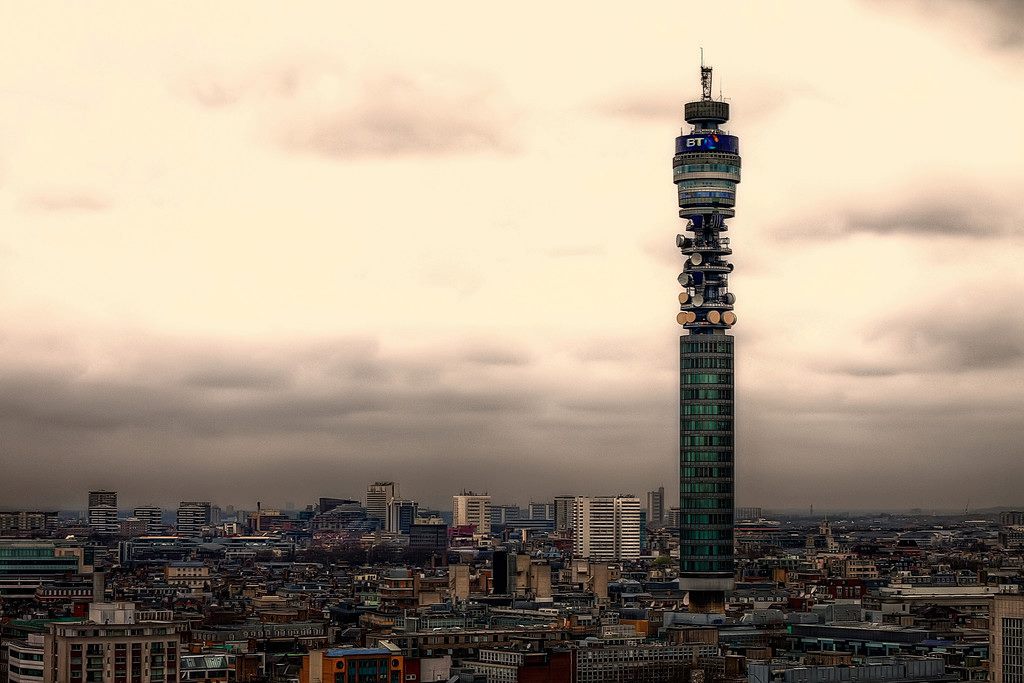 The General Post Office (GPO) commissioned the tower. At first, it was mainly used for supporting the microwave aerials then for carrying telecommunications traffic from London to the rest of the country, as a part of Britain's microwave network. 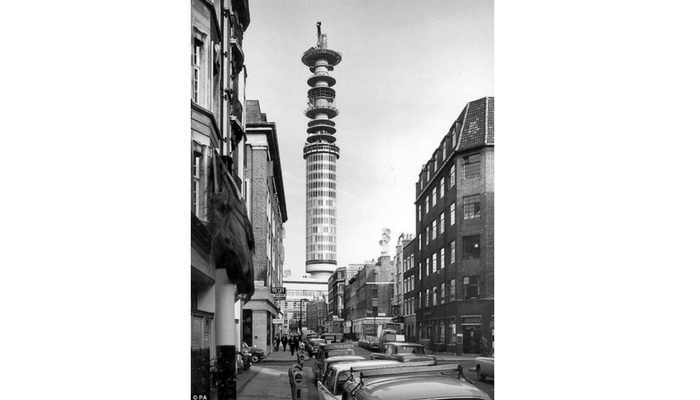 Its construction began in 1961. The towering height and crane jib of the building made it an important landmark that could be seen from virtually any place in London. Officially, the tower was opened to the public on 16 May 1966. 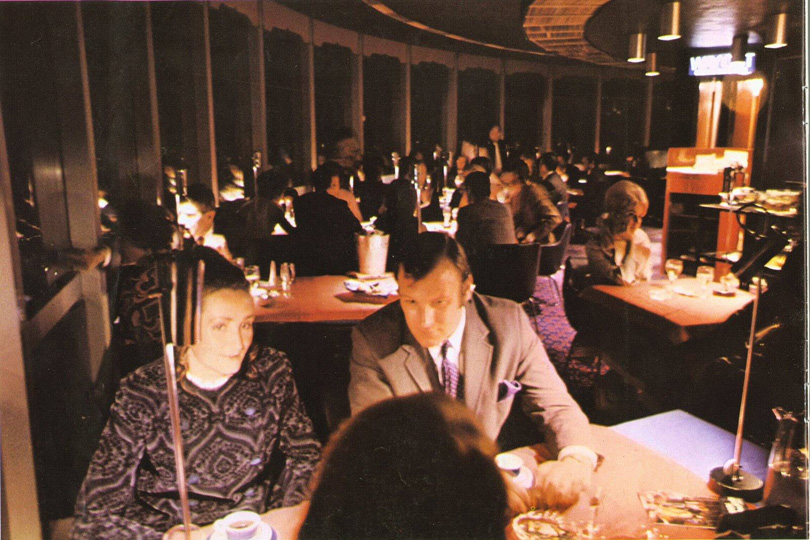 Apart from the communications equipment and office space, the building had a souvenir shop, viewing galleries, and a revolving restaurant on the 34th floor ‘the Top of the Tower’. It has witnessed famous diners like The Beatles, Muhammad Ali, Dusty Springfield, and Tom Jones.

On 31 October 1971, a bomb exploded at the restaurant. Upon investigation, it was known that the bomb was placed by members of the Angry Brigade, an anarchist collective. Due to security reasons, the restaurant was shut down to the public in 1980 and building access also ceased in 1981. (17.1) 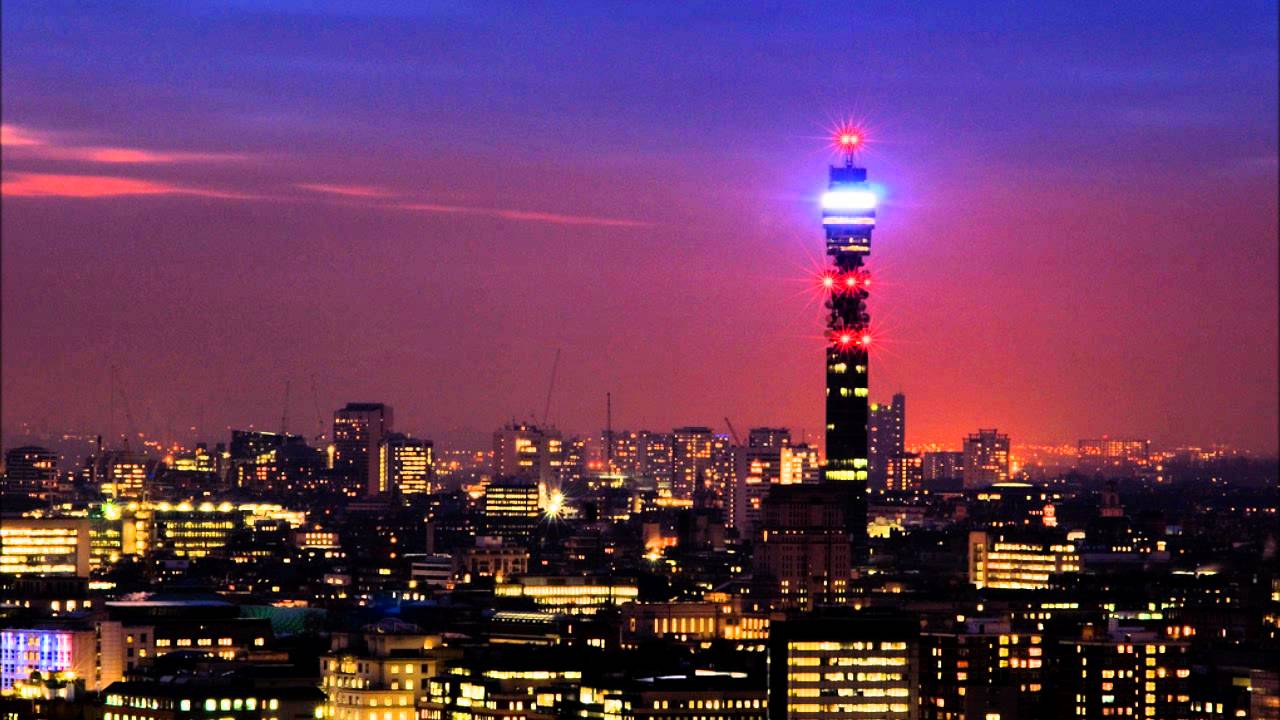 As a major UK communications hub, the tower continues to be in use. Subterranean optical fiber is used instead of microwave links. The TV Network Switching Centre on the second floor carries broadcasting traffic and transmits signals between TV broadcasters, advertisers, production companies, international satellite services, and uplink companies.

In the early 2000s, the renovation of the tower introduced a 360° colored lighting display atop the tower. The 7 colors were programmed to change constantly at night so that it looked like a rotating globe reflecting BT's "connected world" corporate styling. these colored lights were replaced by “Information Band”, a new 360° full-color LED-based display system in 2009. 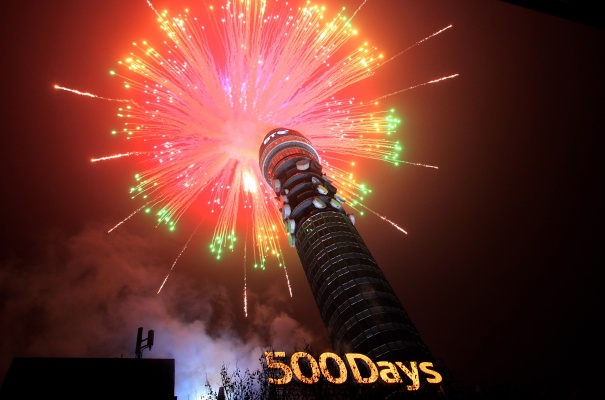 This display is the largest of its kind in the world sprawling across 3,000 sq ft and having a circumference of 194 ft. On 31 October 2009, the screen started to display 500-countdown days until the commencement of the 2012 London Olympics. 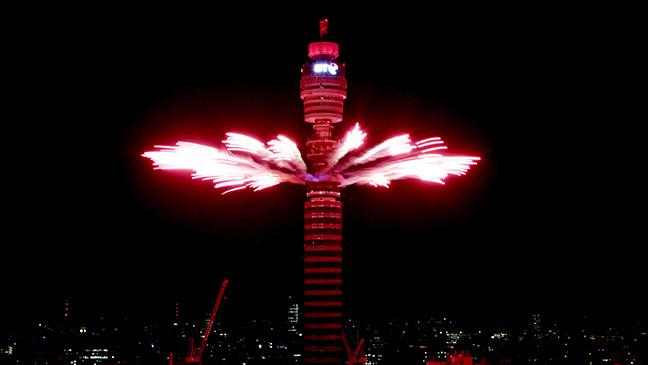 In the honor of tower’s golden anniversary in 2015, the ‘Top of the Tower’ restaurant was reopened for the first time in 35 years. In the span of two weeks, this go-to place for social elites saw 1,400 lucky visitors from the BT ballot. (17.2)