The Blue Grotto is a sea cave that, because of the way the light flows into the cave, appears to glow a bright blue inside. The... 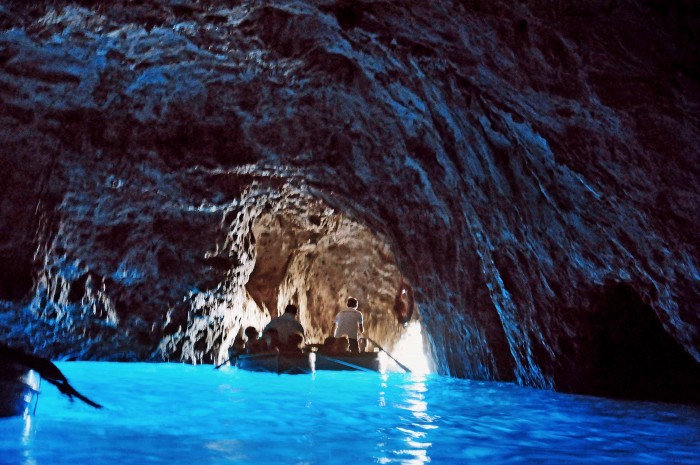 The Blue Grotto is a sea cave that, because of the way the light flows into the cave, appears to glow a bright blue inside. There is a tiny opening at the water level, through which you can actually enter the grotto and experience the light firsthand. It’s just big enough for a small rowboat, and even still everyone in the boat must lie down at just the right moment to get inside.

According to a Capri website, “This is the most famous sight on Capri, where visitors from around the world form long queues to get a peek inside for just a few magical moments: we're talking about the Blue Grotto, of course. This natural cavern is 25 meters wide and 60 meters long, with a tiny entrance less than a meter high. To enter, visitors lay back in wooden rowboats and glide through the low cave mouth. Once inside, the boats bob in the dark, suspended on the surface of the water so blue that it seems dream-like”.

History Associated With The Blue Grotto 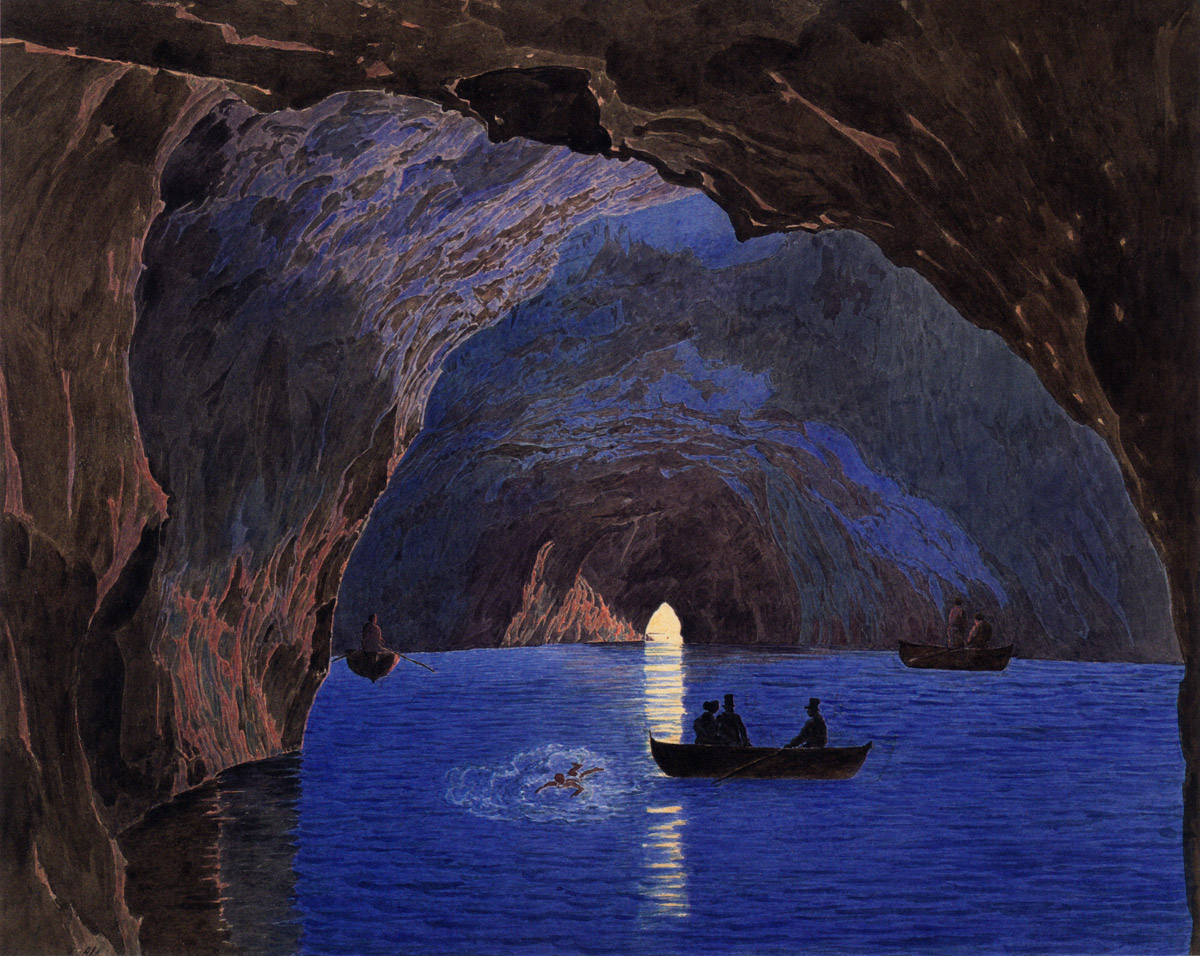 During the reign of Tiberius in Roman times, the grotto was used as a marine temple, and ancient Roman statues found here are now on display at the Casa Rossa in Anacapri. For many years afterwards, the Blue Grotto was avoided by sailors, as local legends told of spirits and demons living there. One day in 1826, however, local fisherman Angelo Ferraro accompanied German author August Kopisch and painter Ernst Fries to the cave, and their tales of its marvels have led to the grotto being one of the must-see sights on any visitor to Capri's itinerary.

Why Is It Blue? 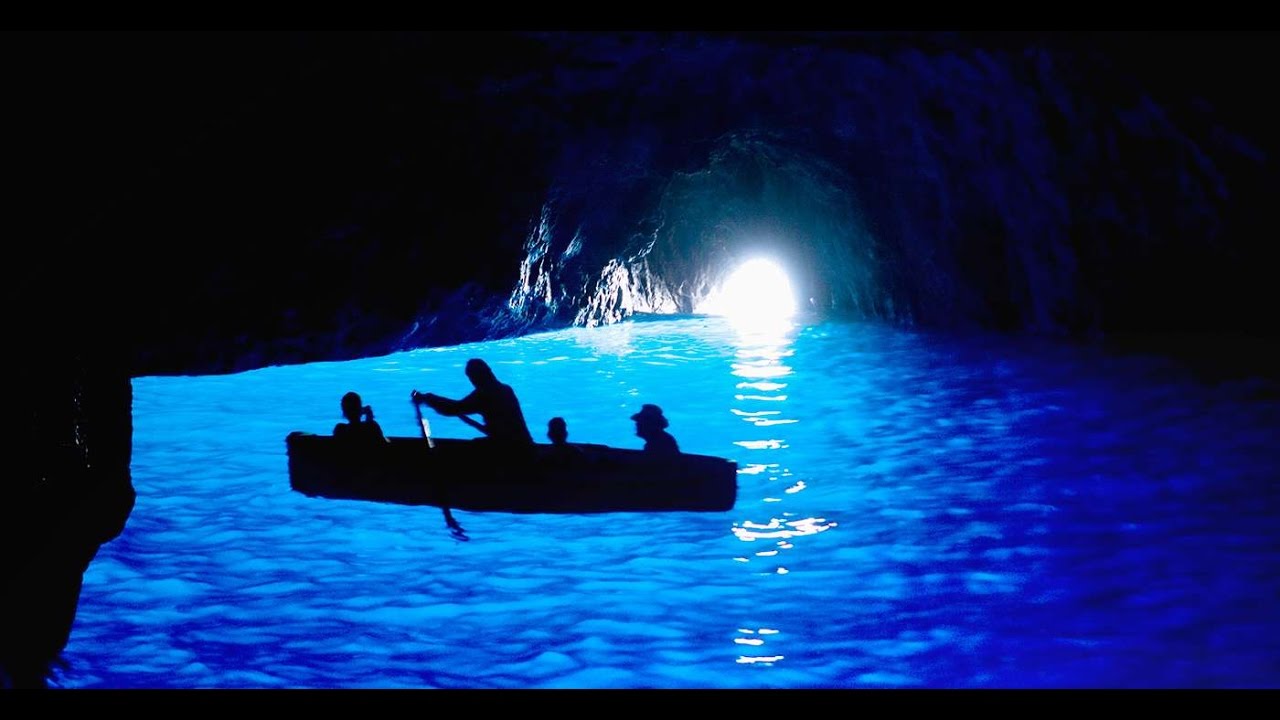 The bright azure color of the water inside the cave is due to the sunlight which enters the cavern through an underwater opening which is positioned exactly under the cave's mouth. As the light passes through the water, the red reflections are filtered out and only the blue enter the cave itself. The famous silver reflections of objects in the water are caused by tiny bubbles covering the outside of objects underwater, which causes the light to refract differently than that of the surrounding water and causes this silvery effect.

How To Reach The Blue Grotto - Capri - Italy

Boat: 10 minutes from Marina Grande or as a stop along an island tour by boat.

Bus: From the stop at Anacapri, 50 meters from Piazza Vittoria (a 15-minute ride).

Foot: From Viale T. de Tommaso, take Via Pagliaro and then Via Grotta Azzurra (3.5 km, 40 minutes).

You Can’t Swim Inside The Grotto 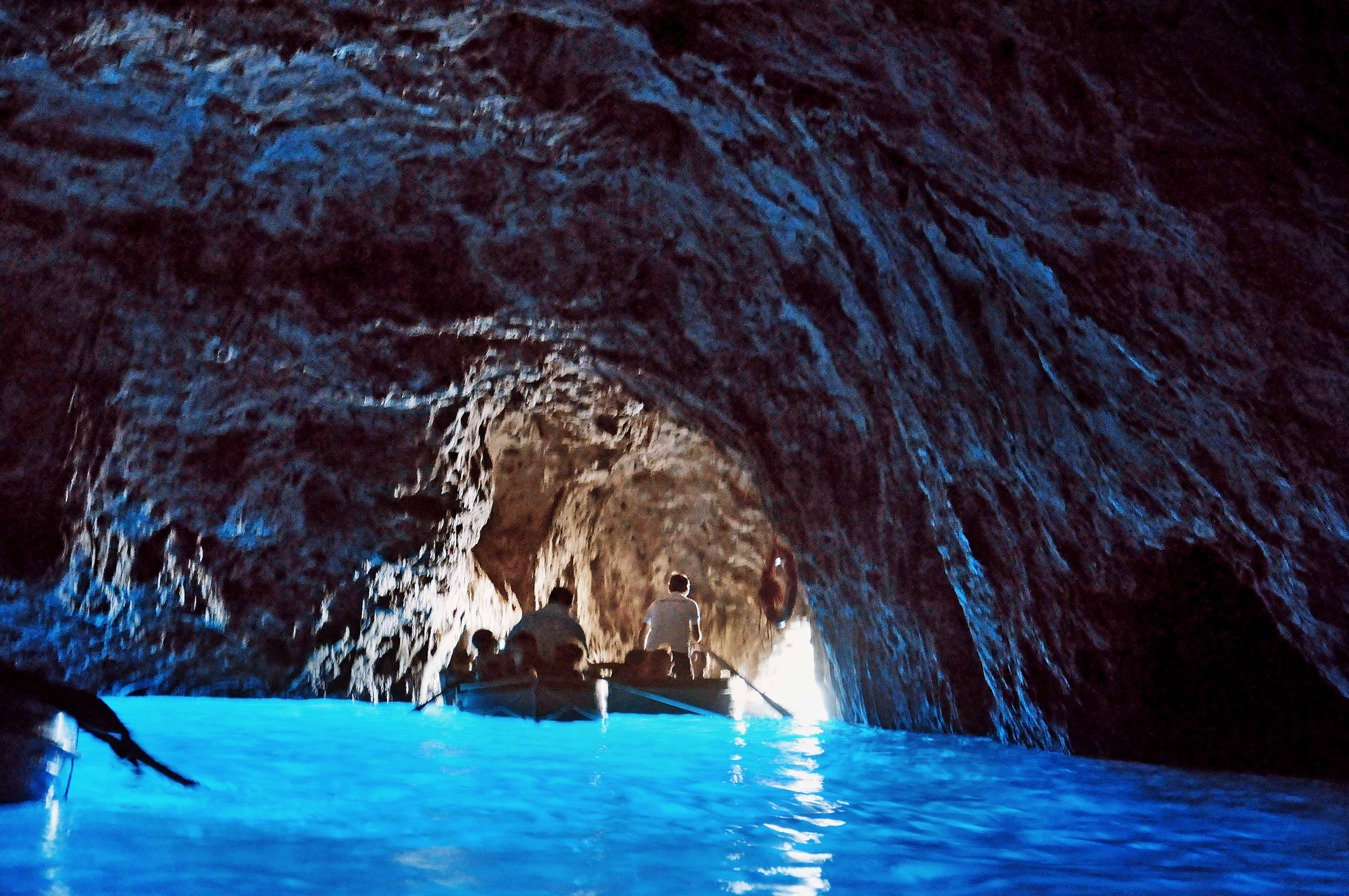 Visitors are not allowed to swim into the grotto or dive from rowboats to swim inside the cavern. Many visitors wait until after 5:30 p.m. when the rowboats leave and the ticket office closes to swim inside. This is illegal and dangerous, as the high waves can slam swimmers against the stone of the low cave mouth.