Have you ever dreamt of owning a castle? Ever dreamt of having a dungeon, a bell tower, and your personal moat? To Howard Solomon, living in Castle is not a ... 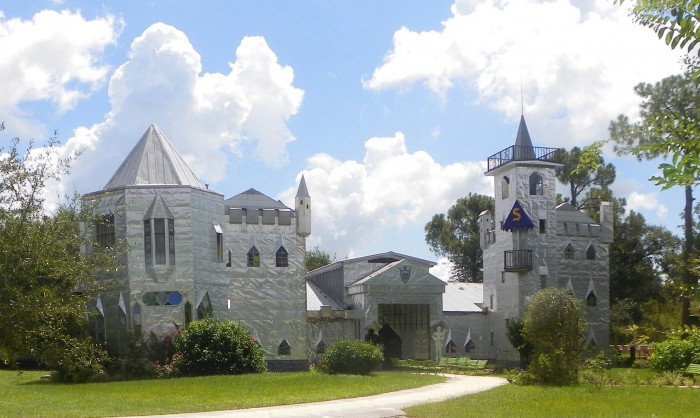 Have you ever dreamt of owning a castle? Ever dreamt of having a dungeon, a bell tower, and your personal moat? To Howard Solomon, living in Castle is not a dream because he has built the castle with his own hands about an hour and filled it with his art.

Shining in the sun and standing in a central Florida you can see a hand-made medieval castle complete with a moat. Solomon’s Castle even won the award in the wackiest and weirdest of Florida category. 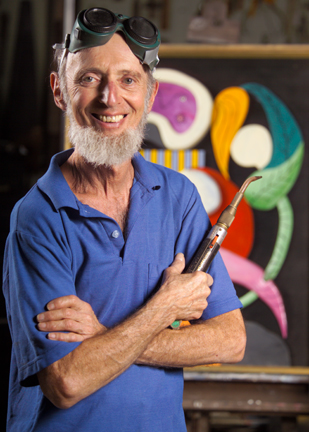 History of the Solomon’s Castle

It was in 1972 when Solomon began building his castle in Ona, Florida. He built the castle out of the aluminum printing plates thrown out of the newspaper. Along with the usual castle amenities – moat, drawbridge and bell tower – the castle includes 5 bedrooms, 90 stained glass windows, and 4 bathrooms. Solomon’s Castle has gained a much attention over the past 35-40 years. It has appeared on HGTV’s ‘extreme Homes’ and New York Times.

Years later Solomon’s three-story castle covered 12,000 sq.feet, including the courtyard filled with exotic sculptures created from automotive parts and a 60-foot replica of a 16th-century Portuguese galleon that serves as the Moat restaurant. 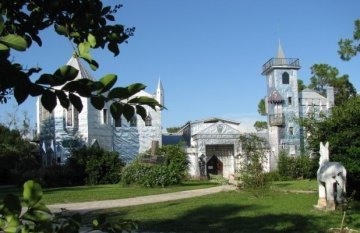 What you will see on your Visit to Solomon’s Castle

No doubt the castle is much more than a home to him. Solomon has created nearly hundreds of pieces of his artworks for his visitors and he keeps updating his collection. You don’t need to be the art judge to praise his sculpture. All you need is eyes and a great sense of humor.

As he has created the art pieces from the discarded items, you will see automotive parts, gears and other parts that you have never imagined. Further his artwork includes an elephant made from oil drums, a motorcycle made from parts, a chair made out of 86 beer cans and a car with a V8 engine. 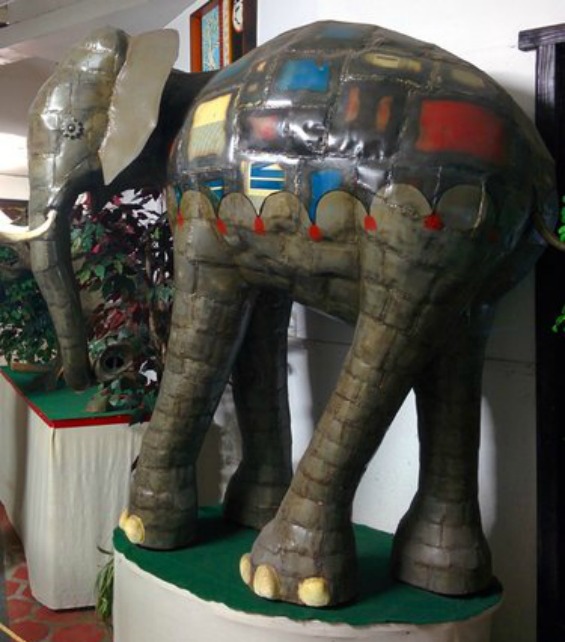 The Boat In The Moat

What makes the castle more interesting is the boat in the moat. This boat doubles as a restaurant which is far convenient, because you won’t find it anywhere else in Florida. The boat has seats for 250 people and serves lunch from 11-4 p.m.

While the structure of Solomon’s Castle captures the imagination of the child at heart, having a tour is truly worth a time.

And the good news is that if you want to have your own castle, Solomon is currently trying to sell the castle with a price of $2.5 million.

Note – Every October, Solomon’s open up the castle for tours to show his original artwork.

So, plan your visit to Florida in October and make sure that you visit this beautiful castle on your trip.