Take a look at the best reality TV shows of all time that inspired and motivated people to prove their hidden talent to the public. 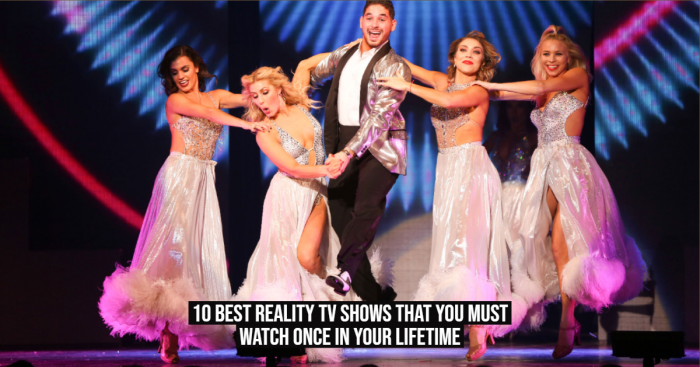 Nowadays, you have several platforms to show your talent. You have social media, reality shows, YouTube, and other sources to show the world your hidden talent. While most of the participants become an international sensation, others quickly disappear after taking the trophy home.

The reality shows judge singing, acting, dance, and other talents. Out of 100’s of reality TV shows broadcasted on TV, which one is your favorite? There’s always a debate which is the most entertaining reality TV show of all time. We have listed down the popular shows from different genres. Right from uncut moments to the shocking ending, there’s something addictive about the reality TV shows. So, here are the top 10 reality TV shows that won millions of hearts. 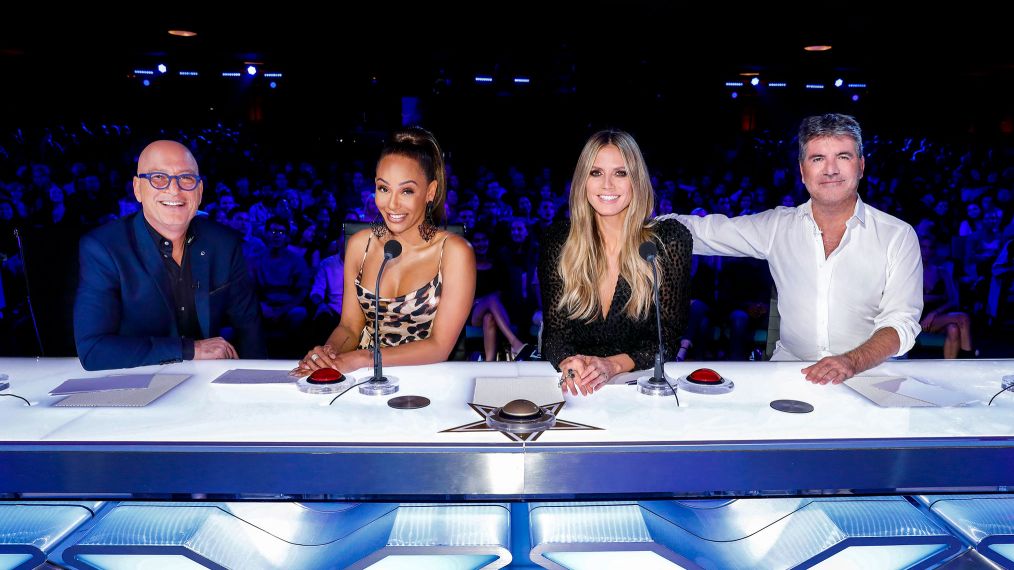 America’s Got Talent is one of the most watched TV reality shows. It is a part of the global British Got Talent franchise and features magicians, comedians, singers, dancer, and other talents. The show has attracted millions of talents from several countries to participate in the show. It is produced by Syco Entertainment and Fremantle USA and first premiered on 21st June 2006.

Since its premiere, the show has helped several talents to start their career. It was in 2013 when a book ‘Inside AGT: The Untold Stories of America's’ Got Talent’ was released and published about the judges, contestants, along with interviews from all seasons and production techniques. If you are confident about your singing or magic tricks, why not give a try in the next season? Even if you do not win, you would get recognition through the show and get a chance to boost your career. 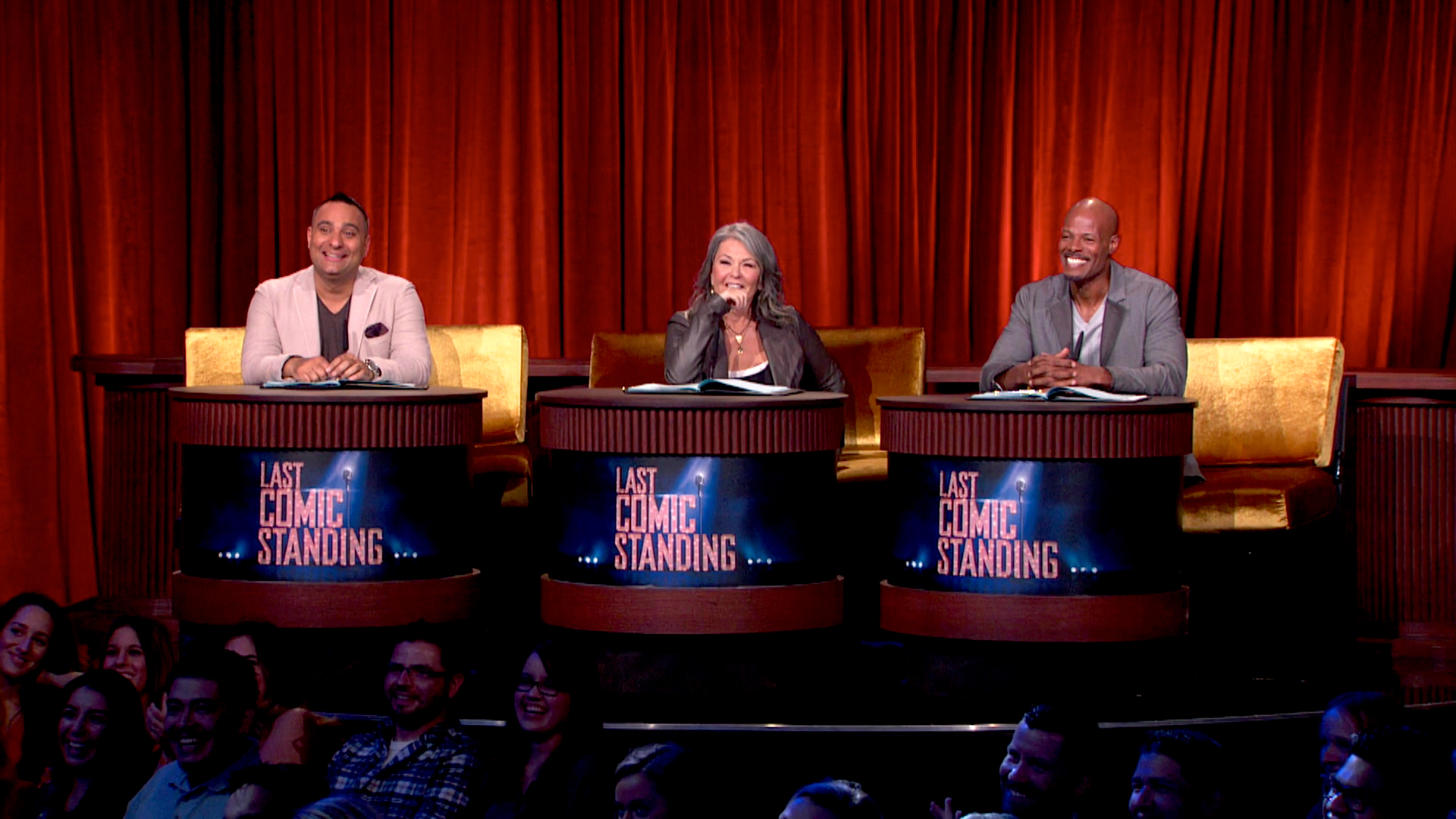 It is an American reality television talent competition shown on NBC. Last Comic Standing was premiered from 2003-2010 and then again in 2014. For the first seven seasons, the winner got a cash prize and a television special for the next season.

The show selects a comedian from a group of participants, and the winner received a television special and a cash prize. The participants who qualify the ground level enters the semifinals and then divided into two groups. The groups then compete against each other. During the semifinals, a panel of judges select the finalists who would live together in a group residence. The show was last premiered on 9th June 2015.

Do you think you can make everyone laugh with your sense of humor? If so, keep on practicing, maybe the show will come back with twists in the future. 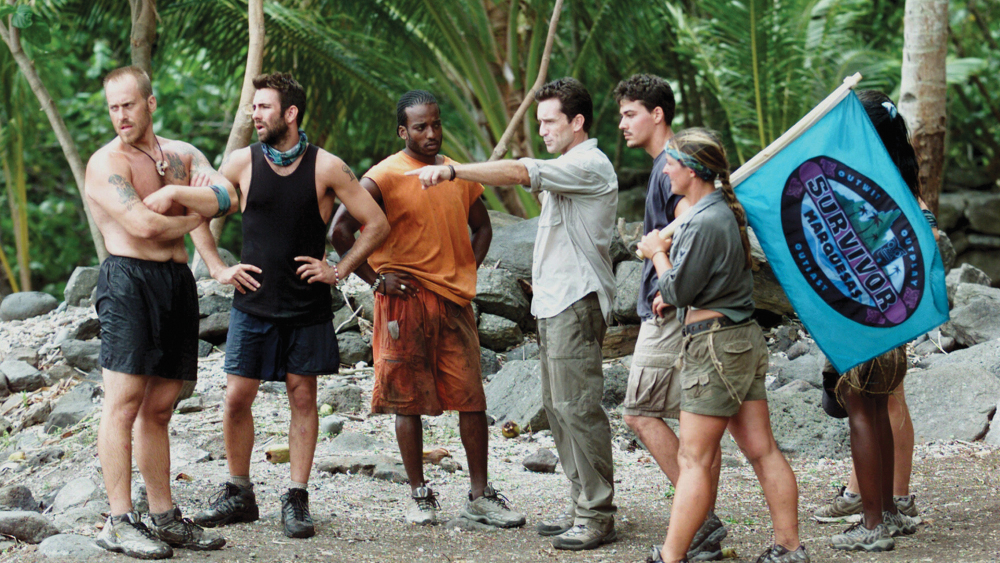 Would you accept the challenge to survive on an abandoned island for a $1million prize? Survivor is an American version of the international survivor reality competition derived from the television series Expedition Robinson. The show was first premiered on 31st May 2000 on CBN. It is one of the most interesting reality shows, which sends a group of strangers in an abandoned location.

The contestants compete for rewards and immunity and get eliminated as they are voted out by participants. The show has been very successful and considered the leader of American reality TV. The survivor series is nominated for several awards including Outstanding Special Class Program. It is also nominated over three times for Outstanding Reality-Competition Program in 2003. The 38th season, Survivor: Edge of Extinction aired on 20th February 2019.

4. Dancing with the Stars 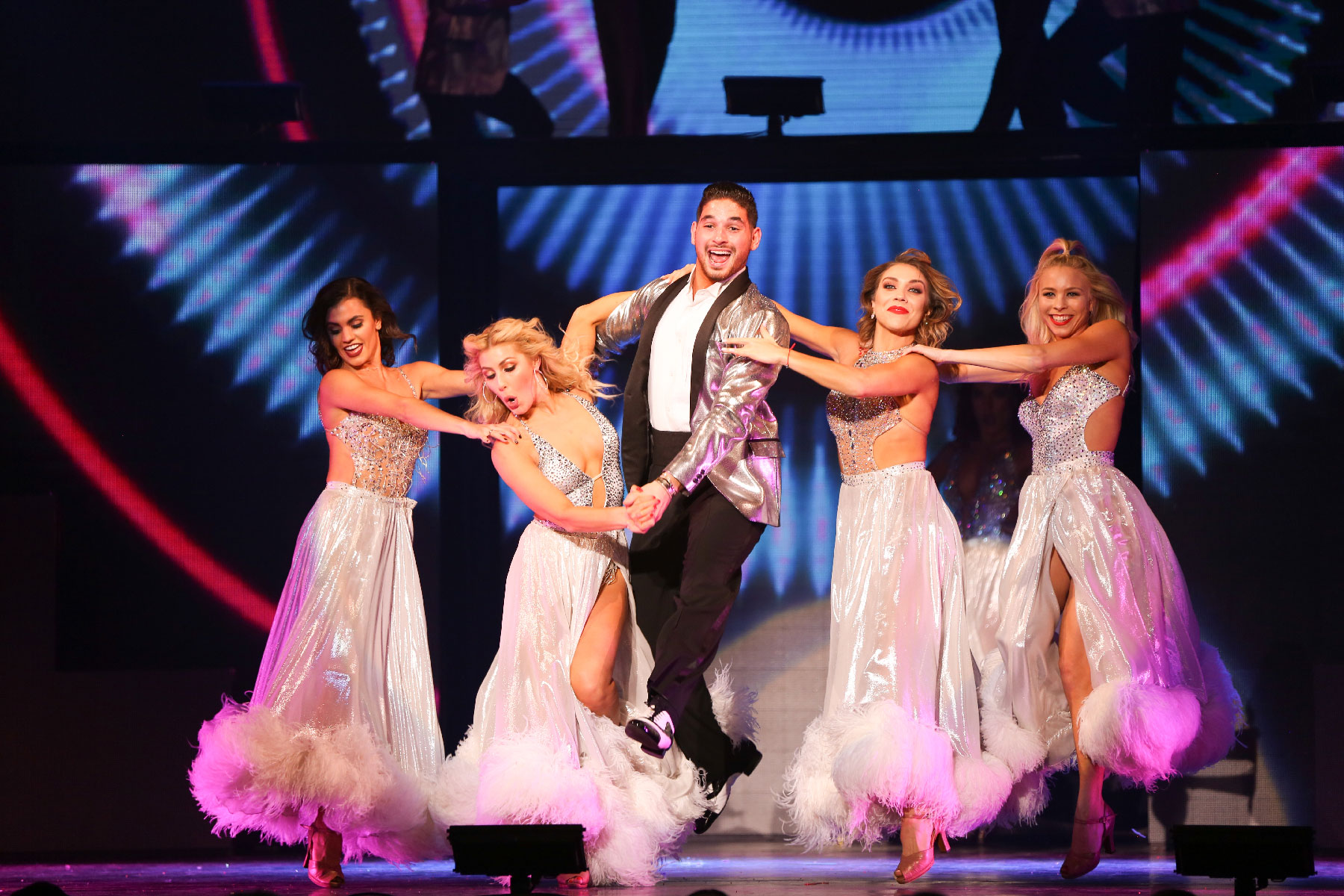 Dancing with the Stars, as the name implies is the television series that features a celebrity and a professional dancer as a team. Each couple dances and competes against contestants to score more. The couple getting the lowest score, combining the judges' points and audience votes, is eliminated.

Dancing with the Stars was first premiered in June 2005 on ABC. It is based on the UK series Strictly Come Dancing. The popular model Kim Kardashian also participated in Dancing with the Stars with Mark Ballas in the seventh season. The new season of the show is all set to go on the floors at the end of September 2019. Are you ready to see your favorite celebs dancing with professionals on the stage? 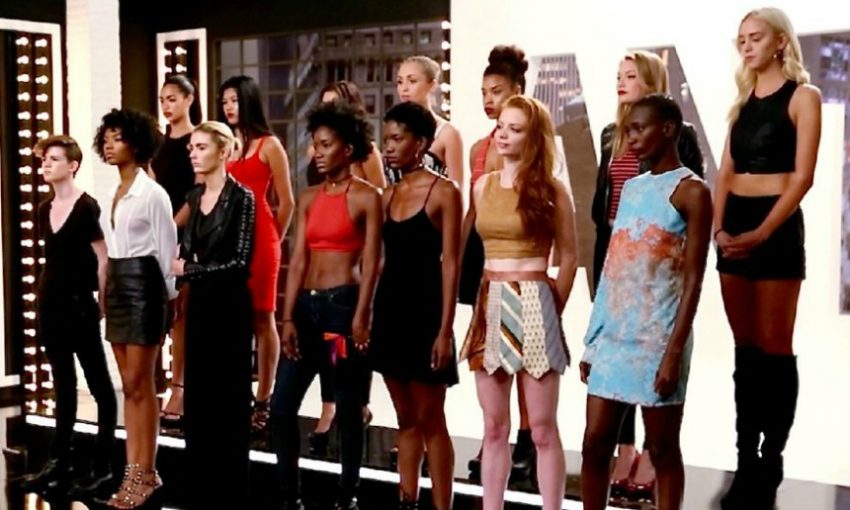 Most of the reality TV shows look for the best dancer, singer, or actor, but America’s Next Top Model searches for the models. It is an American reality television series in which aspiring models compete to bag the title and get a chance to work in the modeling industry.

The series first premiered in 2003. Since then, it is attracting millions of people across countries. America’s Next Model is judged by a runway coach, a creative director, and several judges.

Every year, the season starts with 10-16 contestants and has 10-16 episodes, and the participants get a score on their weekly photo shoot. Each episode, one participant gets eliminated. The winner gets the chance to shoot for the top companies and magazines and, receives other prizes. Check out the famous transgender models who are more famous than celebrities. 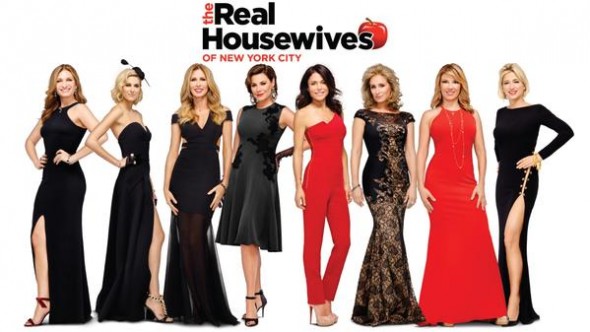 The Real Housewives reality show gives the audience an idea about the lifestyle of rich people. Never ending shopping, lavish destinations, plastic surgery, and a lot more fancy things are involved when you talk about a rich person. But what happens next when you group the same class of women? They don’t stop bitching and gossiping.

The first show the Real Housewives of Orange County premiered in 2006 on Bravo channel, and its success made the makers plan for another season. Although fans got insights about the lifestyle of rich people, some realize that not everyone is happy with money. Being on the reality TV show also means that personal life would get exposed in public.

Throughout the seasons, several housewives have gone through bad and good experiences. The show is criticized by many claiming that their lifestyle has promoted a misconception that wealth equals happiness. 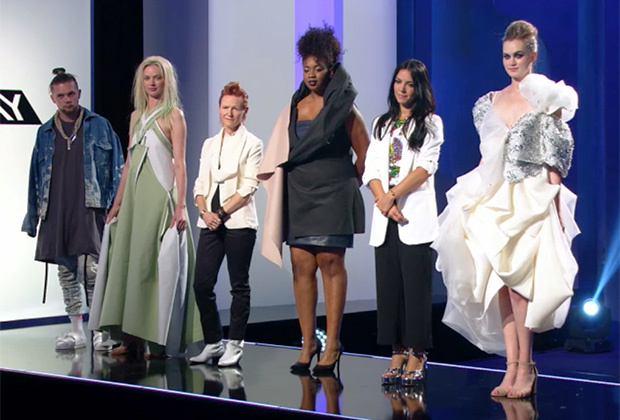 Do you think you can design the best clothes? If so, the Project Runway is for you. It is a reality show that searches for the best fashion designer. The contestants in the show compete to create the best design and are restricted with materials and time.

Project Runway offers an opportunity for the contestants to design clothes for New York Fashion Week. The contestants are given a budget to select a fabric and other materials and then given a time limit to showcase their designs. The last season (season 17) was started from 14 March 2019 and is still airing. 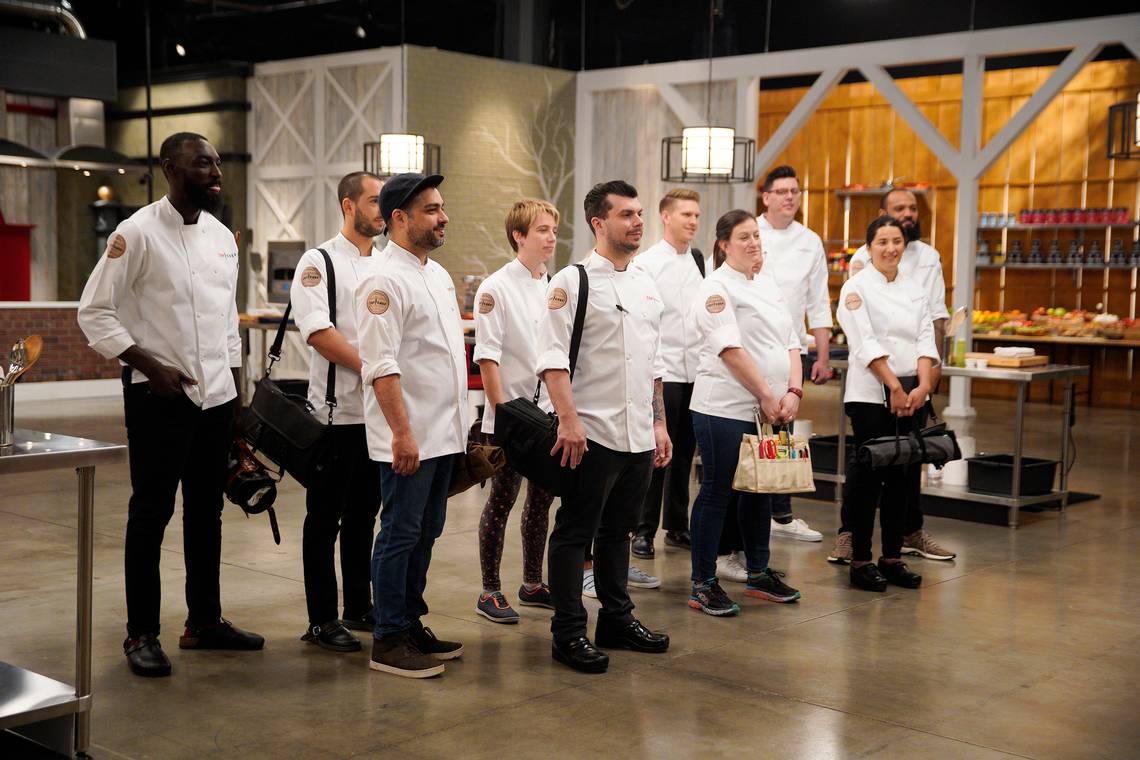 The reality TV show “Top Chef” features people from different countries who compete against each other in several culinary challenges. The participants’ dishes are judged by the professional chefs and people from the food and wine industry. Initially, the contestants are given quickfire challenge in which they prepare the dish with specific ingredients in a limited time. The winners receive an advantage of to be immune for the episode.

As more contestants get eliminated, the competition becomes tough, and the winners receive a prize or an advantage of picking the ingredients first. Each finalist is challenged to make a full course meal. The participant with the best meal as declared by the judges bags the title of the top chef of the season.

The show has several international adaptations such as Top Chef Brasil, Top Chef Italia, Top Chef South Africa and more. The Top Chef has received the award for Outstanding Picture Editing For Reality Programming at the 60th Primetime Emmy Awards. If you think you can impress the judges by your delicious dishes, then start practicing now. It is expected that the makers would release the next season soon. Know the famous chefs in the world. 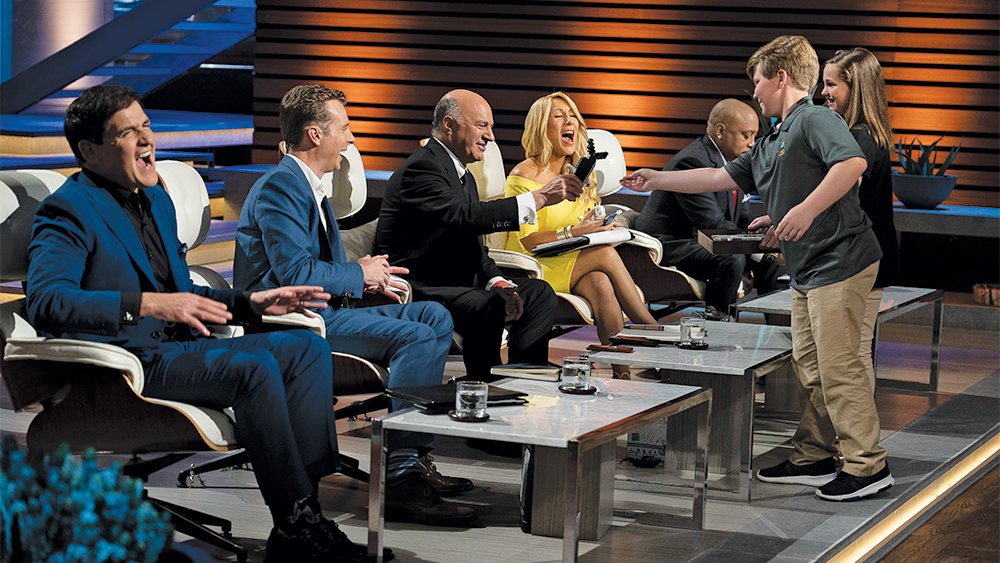 Shark Tank came up with a new concept of business-related strategies to motivate aspiring entrepreneurs. The series garnered a great response from the audience and has also won four times the Primetime Emmy Award for Outstanding Structured Reality Program.

The contestants make business presentations for five investors (sharks) who then decide whether to invest as a business partner or not. It is produced by Mark Burnett and based on the British version of Dragons’ Den. The investors are paid for the show, but if they find contestants project interesting, they invest their money.

The show first premiered in 2009 and was appreciated by young entrepreneurs. The last show for the reality show premiered was on 12th May 2019. 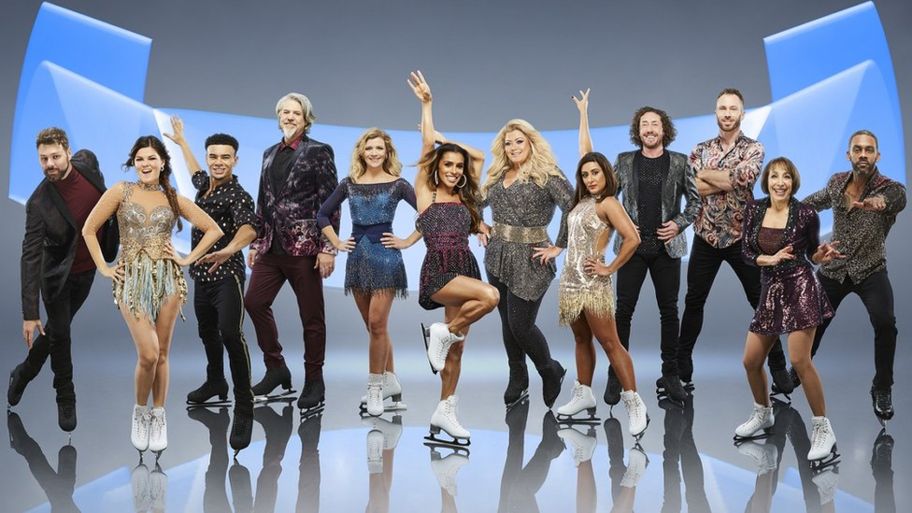 It is a British television reality show in which celebrities and their partners skate in front of judges. It was started in 2006 and ended in 2014. Initially, the show was named as Stars on Thin Ice but got renamed after the failure of the ITV’s 2005 summer schedule.

The past Olympic winners pair up with celebrities with skaters and dance on the ice and compete to win the trophy. The 11th series of Dancing on Ice was premiered on 10th March 2019. It is expected that the show would return with its twelfth series in 2020.

It is true that several ordinary people became famous through social media. Internet is helping talented people to show their hidden talent to the public, but through reality shows, one can become famous in less time.

Whether you are watching the old episodes of your favorite show or streaming it live, these shows have fascinated and motivated millions from across the globe. We hope to see more of these shows in the future.

Have you ever participated in any reality show? Which reality show do you like the most? Drop your comments below.