10 Most Creepy Urban Legends From The World

Urban legends are often anecdotes based on hearsays and widely circulated as truth. Though these tales involve real people and r...

Urban legends are often anecdotes based on hearsays and widely circulated as truth. Though these tales involve real people and real situations, they are recited dramatically. The story may also involve local touches made to it.

Urban legends often carry warning or hold significance which motivates communities to preserve and propagate them. Here are 10 most creepy urban legends from all over the world. 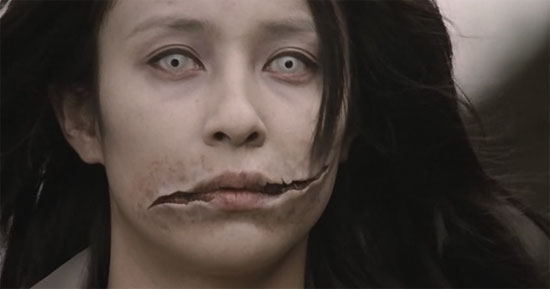 Kuchisake-Onna, also known as the slit-mouthed woman is a popular legend in Japan and China. People say that her husband was a samurai. One day, he found her cheating him with a younger man. So, he slid her mouth with the sword from ear to ear.

Folks also say that the woman was never cursed to die and still roams around so that people can see the horrible scar and pity her. People also claim that a beautiful lady asks them – Am I pretty? If they replied positively, she ripped off the mask and showed her horrible wound. She then asks the same question. They meet tragic deaths from her hands if they deny

2. The Dead Body Under Mattress 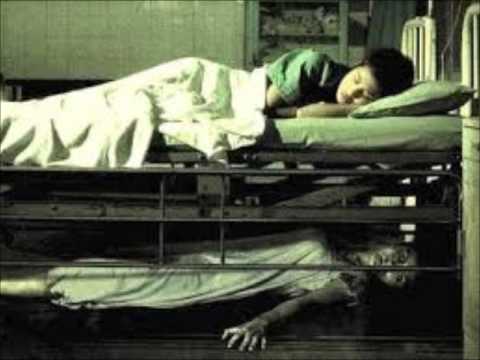 A couple checked into a hotel and is troubled by a foul smell in their room. They complained about it to the staff and they found that the smell was coming from the bed. They take off the mattress and find the rotting body of a dead girl stuffed in the box spring.

This actually happened. It has been seen in various cities like Las Vegas, Kansas City, Atlantic City and many a times in Florida and California. 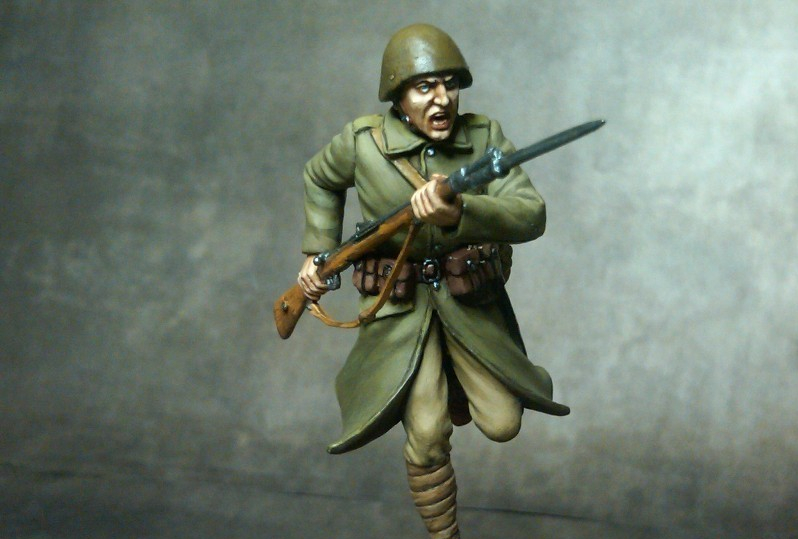 A Greek soldier was returning home after the World War II for marrying his fiancée. On his way, he was captured by fellow Greeks because of some political beliefs. They tortured him for five weeks and murdered.

The early 1905s had various stories about an attractive Greek soldier in uniform, seducing beautiful widows and virgin girls to impregnate them. Five weeks after the baby was born, he would disappear leaving a letter explaining that he had returned from the dead to spread his seed so that his sons can avenge the murder.

A mummy prop at a carnival was discovered to be different from that made of papier mache and carni spit. It was composed of human skin and bone.

This happened in 1976 while filming the episode of The Six Million Dollar Man. They set up a haunted house at the Nu-Pike Amusement Park in Long Beach, Calif. When they were moving aside a hanging man prop, its arm knocked off and they discovered human bones inside. The body was of Elmer McCurdy. The criminal mastermind was killed in a shootout in 1911 after robbing a train. He is now buried in Oklahoma. 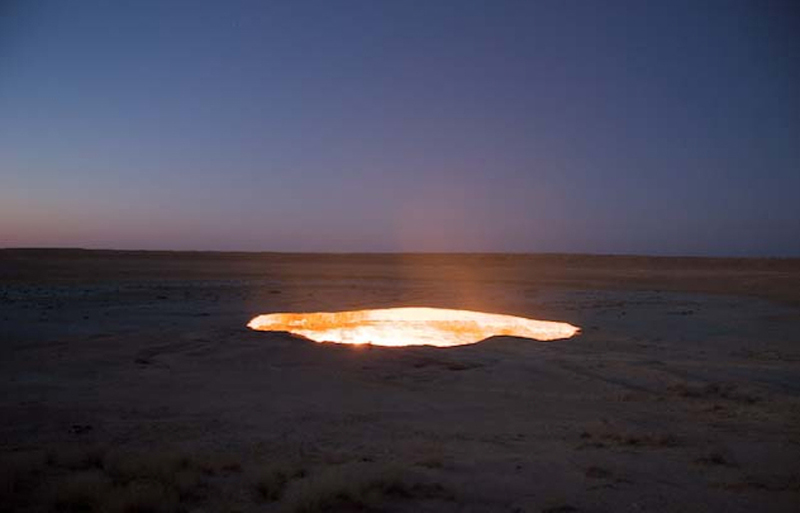 Around 1989, Russian scientists drilled a borehole in Siberia. It was 14.5 kilometers deep into the Earth’s crust. The drill broke through a cavity. Scientists lowered their equipments to find out what’s inside. The temperature recorded was more than thousand degree Celsius but an even shocking fact was the sound recorded.

They could capture the sound for seventeen seconds until the microphone melted. Many scientists left the job immediately when they were convinced that those sounds were screams coming from hell. Those who stayed that night came across a plume of luminous gas that burst out of the borehole. The shape was of a gigantic winged demon unfolded that seared the words “I have conquered” in Russian. It is considered as a hoax today but many still believe this incident to occur in reality.

6. The Fertility God with Biggest Dick 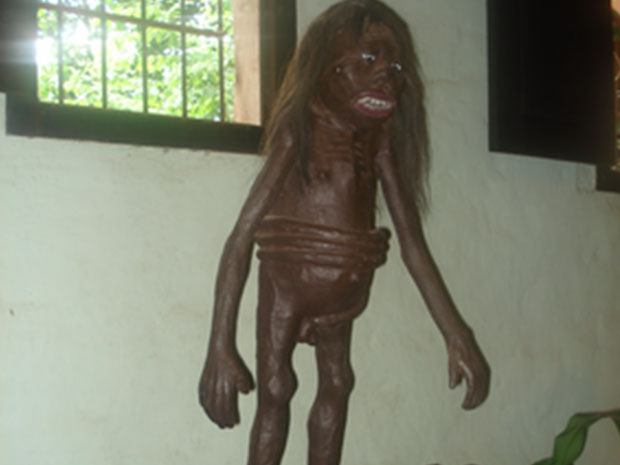 A legend prevails in Paraguayan about a god who has such a huge dick that he has to tie it around his waist like a belt. He uses his dick to impregnate all the single women in Paraguayan. 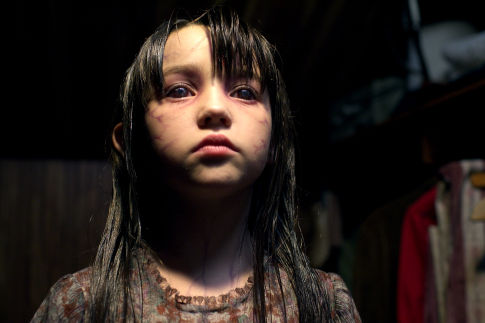 This story is about the little girl of Scotland. She hated her life so much that she wanted to destroy every last trace related to her. She finally committed suicide. A horrible twist came to her story. Every member of her family died some days later; their limbs torn apart.

Legend says that whoever learns about the White Death, the girl’s ghost finds them. It repeatedly knocks on the door. The knock gets louder until you open the door and she kills you for the fear that you might spread information about her. Her only purpose is to prevent people from knowing about her.

The story is probably a wild imagination but it’s always a good practice to see who is standing behind the door. A couple once drove back to home from the church with their baby while continuously arguing about something. The rain poured down in torrents and soon they found themselves over a flooded bridge. When they started to move across, the water was actually deeper than they had thought. They got stuck and so got out of the car for seeking help. The woman was also standing outside the car with her back turned to the car. When she heard the baby crying loudly, she returned to the vehicle and saw her baby being carried away by water.

The legend says that the baby’s crying can still be heard if you go to the bridge. 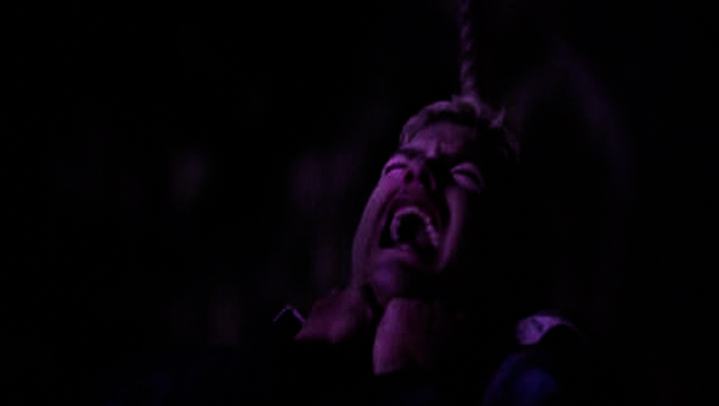 This legend is also known as ‘the Boyfriend’s Death’. It has many variations, one of them being this one that we state in Paris. It is also a warning to not stay too far from our home’s safety.

The story revolves around 1960s. Two college students were making out in the car in a deserted place near the Forest of Rambouillet. After they were finished, the boy went out to smoke a cigarette. The girl had been waiting for five minutes. She went out of the car to look for him. Suddenly, a shadow of man catches her eyes. Frightened by it, she gets back into the car to drive away. With her efforts to drive, she hears a faint squeak followed by many of them. She hears it for quite some time but finally decides to drive away.

She tries hard but the car couldn’t move. A rope was tied to from the bumper of the car to a nearby tree. The girl tries to start it again but hears a loud scream. She gets out of the car and sees her boyfriend hanging from the tree. The squeaky noises probably came from his shoes scraping across the top of the car.

A teenager performing in the Halloween show was pretending to hang himself in front of the audience. While doing this, he actually hanged himself. The citizens of Frederica did not pay much attention to this incident. But these instances began repeating.

The imitation hangers for Halloween show accidentally killed themselves and they were all teenage males.

Once, a performer was secured by a harness so that he is stopped just before actually being hung but seems like the entire working gallows did not work. The person actually got hung and died.

The saddest part about this story is how unnecessary the whole thing was. Instead of thrilling the audience by hanging, they could have given full sized chocolate bars.