Modern Chemtrails - A Conspiracy Hidden In The Sky

Hazy streaks across the sky left from passing aircrafts are a common sight. But some people believe that it’s not all that’s... 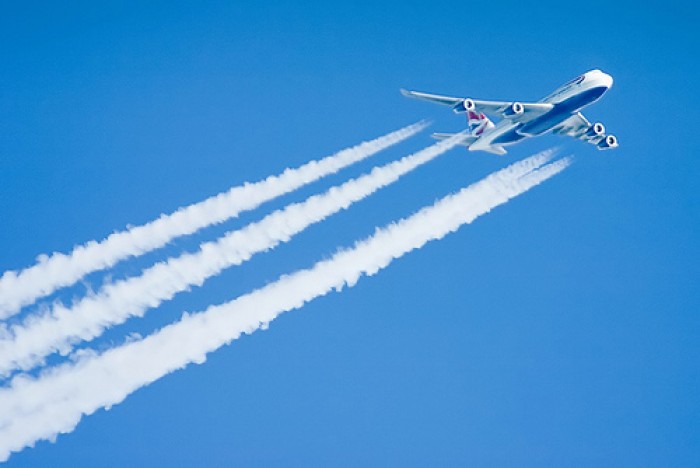 Hazy streaks across the sky left from passing aircrafts are a common sight. But some people believe that it’s not all that’s going on, there is something more to it. They refer to this as the Chemtrail Conspiracy Theory.

It is a belief that the long lasting trails left by the high flying aircraft has some conspiracy hidden beneath it. They consist of chemicals or some biological agents that are deliberately sprayed for sinister purposes without being disclosed to the general public. Believers of this theory argue that regular contrails dissipate quickly but those that do not, contain additional substances.

But scientific communities do not approve of this. According to them, these trails are normal water based trails (condensation trails) that are left over due to atmospheric conditions. The proponents keep on proving their claims of chemical spraying but they are either flawed or based on misconceptions. Scientists and government agencies from all around the world have repeatedly explained that these supposed chemtrails are normal contrails.

The words chemical and trail form the portmanteau term chemtrail and contrail is of condensation and trail. Believers also speculate that these chemical trails are causing respiratory illness and other health problems and they are being used for weather modification, solar radiation management, biological or chemical warfare, psychological manipulation, or human population control.

A Brief History of Chemtrails 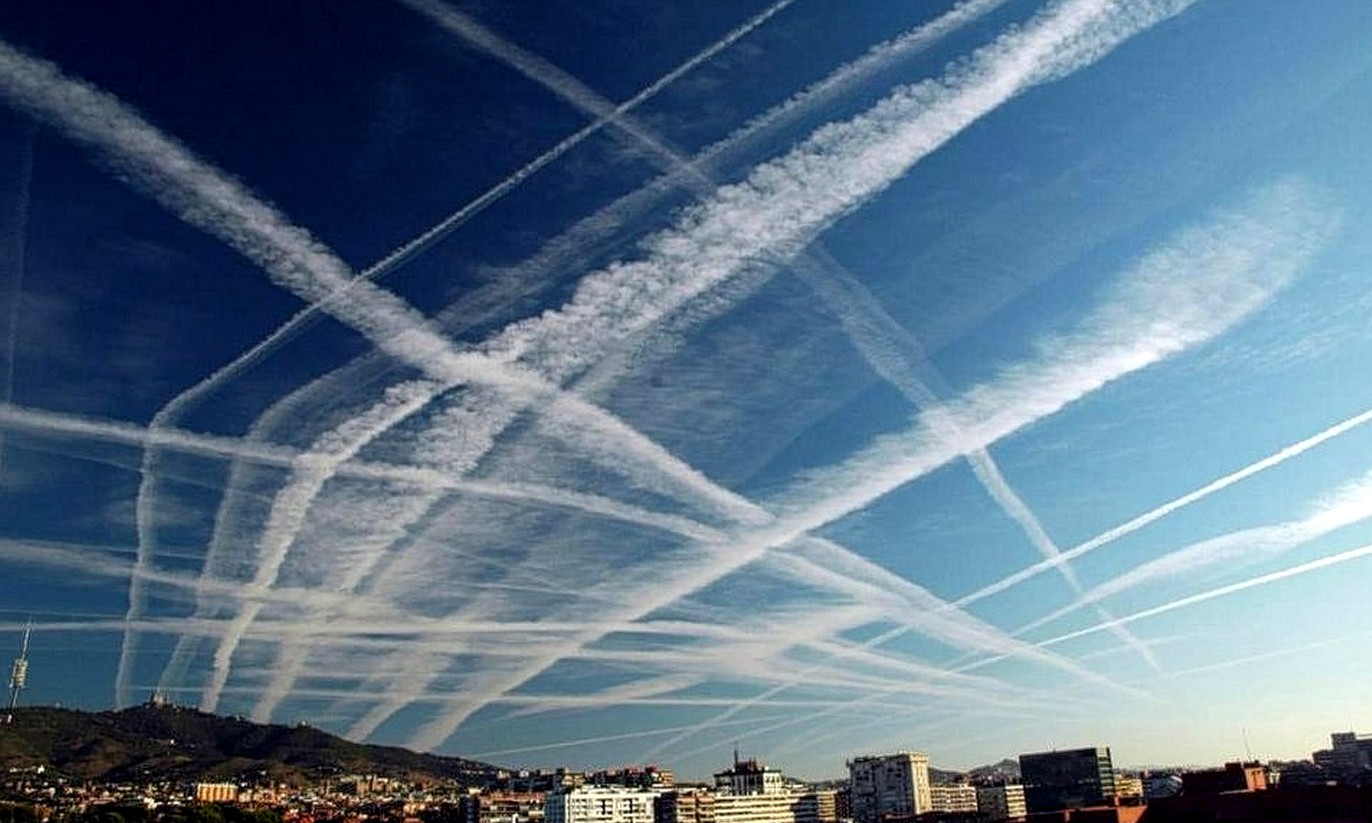 Chemtrail conspiracy theories came in recognition after the United States Air Force (USAF) published a report in 1996 about weather modifications. After this report, in the late 90s, USAF was accused of spraying mysterious substances to the U.S. population from their aircraft. The news soon became widespread. Various discussions started being held on such claimed theory.

Federal Aviation Administration (FAA), National Aeronautics and Space Administration (NASA) Environmental Protection Agency (EPA) and the National Oceanic and Atmospheric Administration (NOAA) collectively published a response against these rumors in 2000. And some believers interpreted these fact sheets for government cover-up. These undated fact sheets stated the conspiracy theories as hoax.

The USAF clarified in another paper in 2005 stating that it is not conducting any weather modification experiments and neither planning for any in the future. They further stated that the “Chemtrails” hoax has been investigated and refuted by scientific organizations, accredited universities and major media publications. However, they are seldom covered by mainstream media as an example of anti-government paranola. 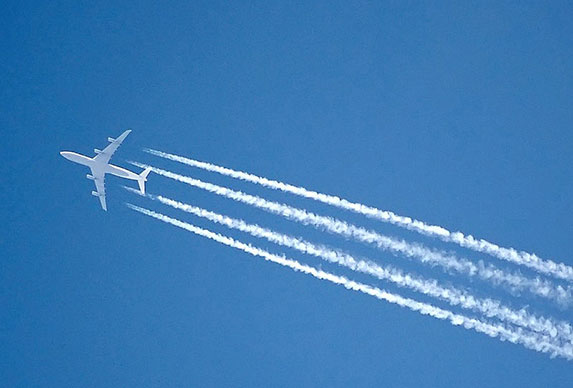 Proponents of the chemtrail conspiracy theory say that chemtrails are longer in duration, they persist for around half a day or transform into cirrus-like clouds. They also claim that contrails differed after 1995. They lasted a lot longer, as they say but they have not been able to gather appropriate evidences for their claims of the long lasting contrails in World War II era.

Another point put in favor of this theory is contrails streams are patterned differently, either criss-crossed, grid like or parallel stripes. The supporters have pointed out certain markers of chemtrails. These include color spectra in streams, lingering tracks left by military planes flying at unusual altitudes or locations or unusual concentration of sky traces in a particular area.

Aerosol dispersion systems have also been claimed to be present in aircrafts along with the photographs of barrels kept in passenger spaces. These barrels are actually filled with water and water is pumped from one barrel to the other in order to test different centers of gravity.  The underlying purpose is to simulate the weight of passengers or cargo.

A former American newspaper journalist Jim Marrs has presented the report of Louisiana television station as an evidence for chemtrails. The report gives details about the air underneath the crosshatch of chemtrails. Barium levels found in that air was three times the limit recommended by US. A subsequent analysis of the footage showed that the measurement equipment had been misused. The reading was exaggerated; the true measurement levels of barium were safe and usual.

A video went viral in May 2014 that described a commercial passenger airplane emitting chemicals. Discovery News pointed out that the chemical emissions were not normal air disruptions; they were actually chemicals that any passenger sitting behind the wings could clearly see. Another video was filmed by Chris Bovey in October 2014 where a plane was dumping fuel in another flight. The dump was actually done to lighten the load of the plane for an emergency landing. The clip spread all over and was cited as an evidence for the theory.

Chemicals like barium, aluminum salts, thorium, polymer fibers or silicon carbide are used described to be used in these emissions.

What does the theory aim at? 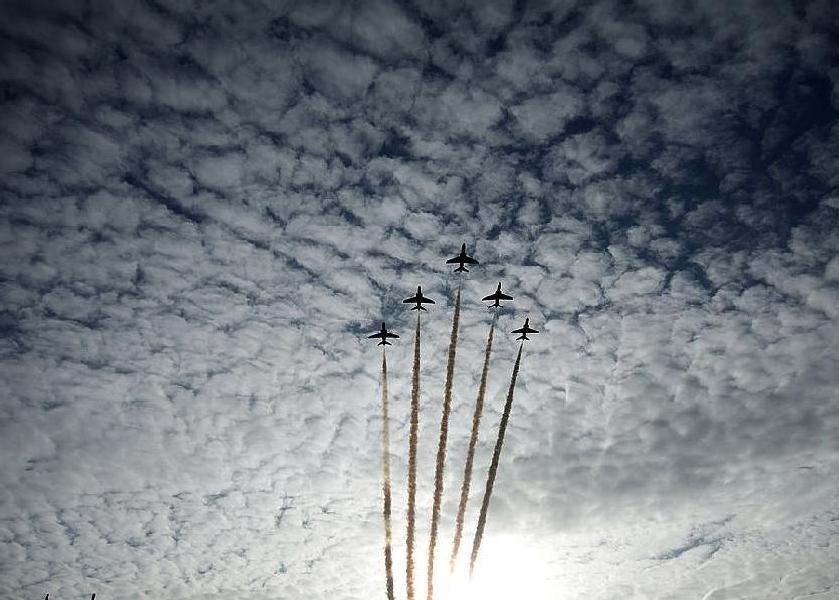 A paper was presented in 2014 that reviewed 20 chemtrail websites. It found out that believers appeal to science in some arguments but do not believe in the opinions of academic or government employed scientists. Scientists and agencies have consistently denied the existence of chemtrails. They explained that sky traces are mere contrails and not infused with chemicals.

Chemtrail believers generally believe that chemtrails are evidences of global conspiracy and people alleged in this have certain goals behind this, which include profit making, weapons testing or population control.

Another idea behind this is that clouds are being seeded with electrically conducive materials. This process is a part of the massive electromagnetic superweapons program based on the ionospheric research program jointly funded by the U.S. Navy, U.S. Air Force, University of Alaska and the Defense Advanced Research Projects Agency (DAARP), known as High Frequency Active Auroral Research Program (HAARP).

The chemtrail believers generally hold that chemtrails are toxic and every person is under attack. They also express fear, sadness, anger and anxiety for this.

Now We Can Blow Away Space Junk: New Russian Breakthrough