You would be amazed to see how technology is changing every day. Check out a few cutting edge technologies that give a glance of how the future would look like. 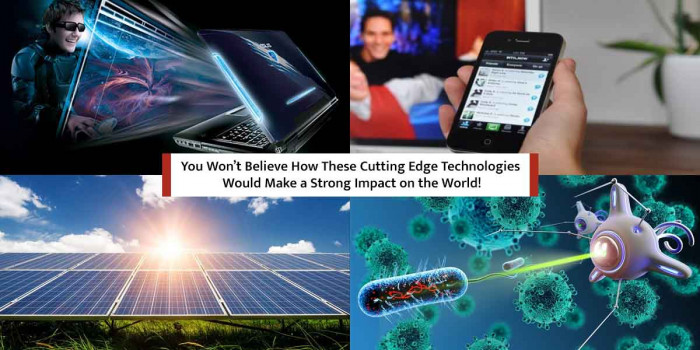 Modern technologies are making a strong impact on the world. While some modern tech is destroying natural selection, others are making human life easier. For instance, earlier, there was no internet connection and smartphones, and people used landlines to communicate.

This technology is also playing a crucial role in improving sports for players and fans. Whether you are a cricket or soccer fan, these technologies share an instant update of scores and also keep track of high-tech changes. Let us know more cutting edge technologies that would save human efforts, making a great change in the world. 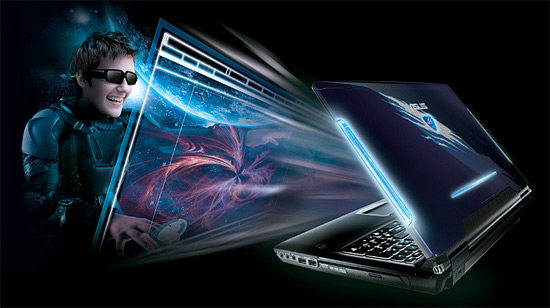 3D gaming is a great computer entertainment that is graphically represented in 3 dimensions of width, height, and depth. It involves wearing 3D sunglasses that make 2D objects look as if they are three-dimensional. Most popular games in 3D gaming are defense games because they are easy to play for beginners.

Today, you have laptops and other devices that allow 3D gaming through their filter screen, a technology that easily adds depth to any DirectX game. If you love video games, then you could choose 3D games from several categories, including fighting, sports, and more. 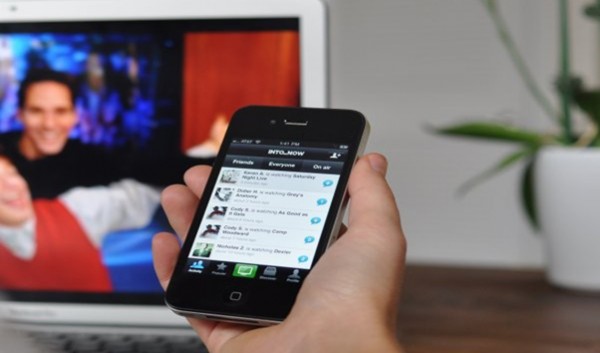 You might haven’t heard it, but social television is a combination of social media and television. Today, millions of people share their television experience with users on social media via different platforms using smartphones. They could use their TVs to comment on events, in the same way, they use smartphones to access FB and Instagram.

TVs are now being developed to work with social platforms. It is reported that today people engage more in social media activities than in the past while watching different programs. The industry believes that social TV apps would provide an amazing customer experience that could be monetized with the advertisements. These apps could feature check-ins, TV listings, and even synchronized second-screen content. 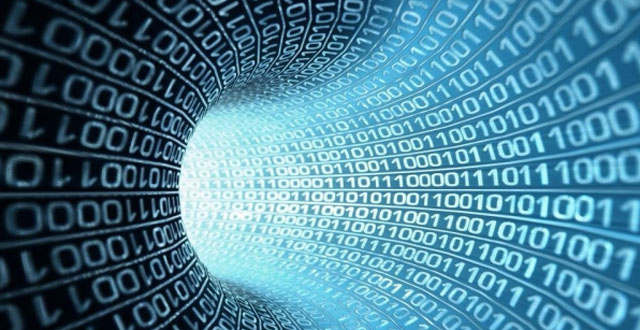 Deep Data Mining is the strategy of data collection that includes analyzing patterns and predicting behavior. This technology would help government enterprises in identifying the profiles of individuals. The goal of deep data mining is to understand human nature easily.

The process could be automatic, manual, or depending on the project. It also identifies the most profitable customers and offers them personalized services to maintain their reputation. You might find deep data mining complicated, but once you get it, it provides value in several ways. 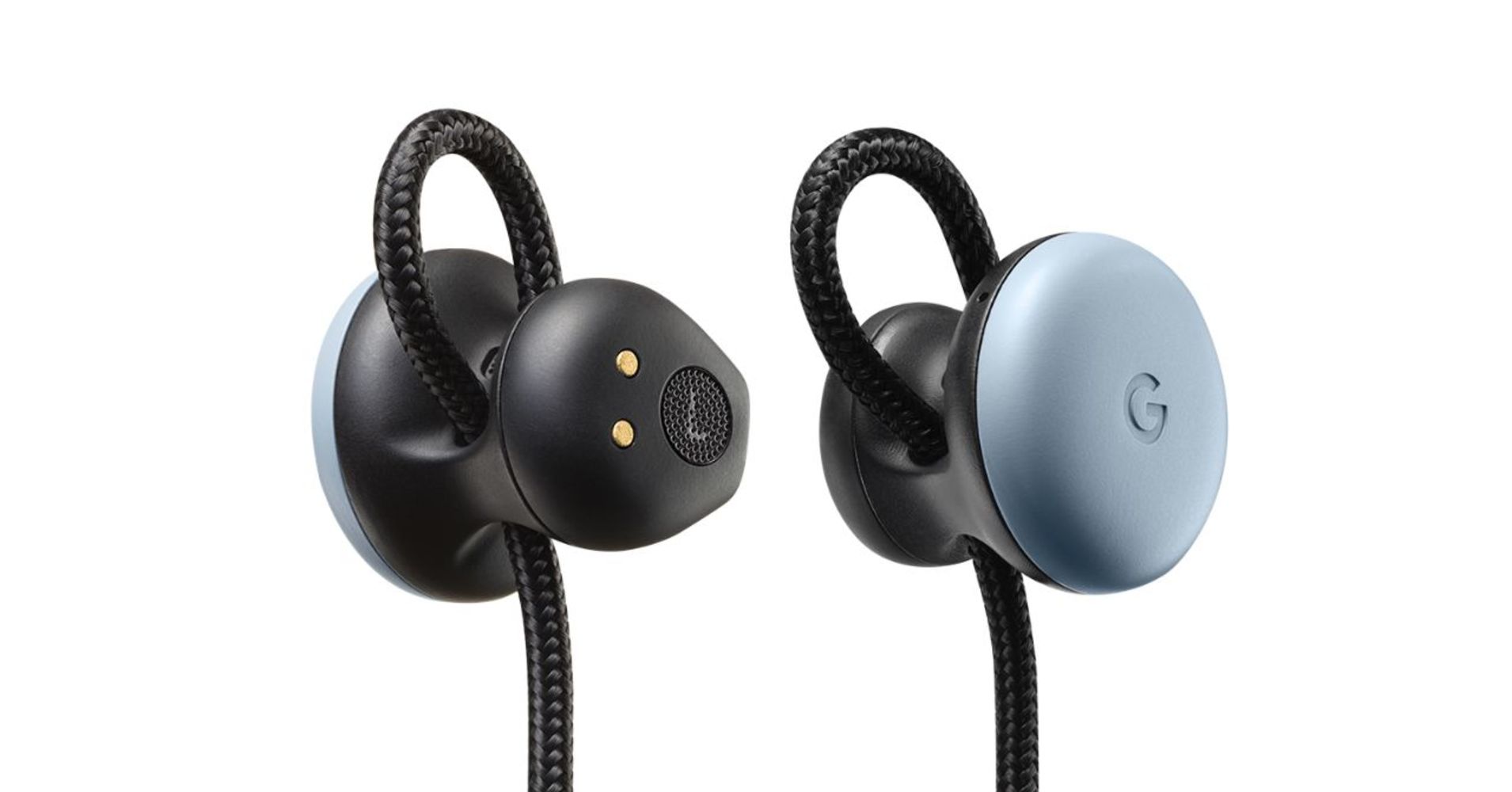 In the cult sci-fi classic The Hitchhiker’s Guide to the Galaxy, you put a yellow Babel fish into your ear to get translations in an instant. In reality, if you are a technology freak, then you must be knowing that Google has developed earbuds that could translate over 35 languages in real-time. Google has come up with a pair of earbuds, called Pixel buds.

These earbuds could connect with smartphones and produce a real-time translation. It is the first company to build Babel Fish. One person wears the buds, while the other holds a phone. The translation is processed on Google’s AI data centers.

The audio is converted to text and is translated into another language. 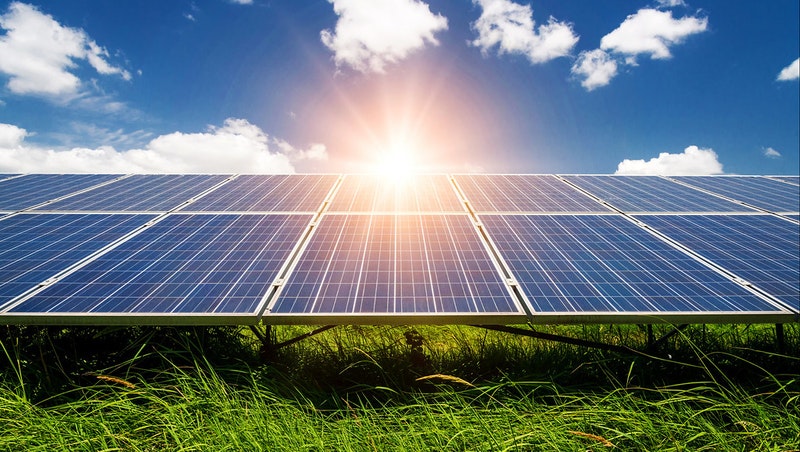 It is a synthetic chemical fuel produced from solar energy through photobiological, thermochemical, and photochemical reactions. Solar energy from solar fuel could be stored for later use when sunlight would not be available. It is a great alternative to fossil fuel. Sun is undoubtedly the best source of renewable energy on the earth. Fuels made from the sunlight would provide the energy storage that is needed to compensate for solar power.

Solar fuel technologies use efficient, cheap, and robust components that could be used in energy infrastructure. These technologies use carbon dioxide, water, and nitrogen from the air to produce fuels. The idea behind this cutting-edge technology lies in the conversion of solar energy into liquid fuel. The benefit of using solar fuel technology is that it makes possible the creation of fuel using carbon dioxide and non-potable water. 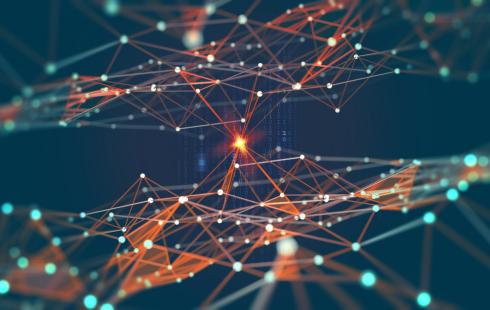 No doubt, robots have given a new definition to technology and are doing great in the field. In the realm of technology, artificial intelligence is the hottest topic of development. You won’t believe it, but several robots have transformed into humans, making human work easier. For instance, today, you could find robots as a tourist guide and as a doctor in hospitals.

Through AI, you could analyze complex computer models easily. However, some think that the development of Artificial Intelligence is scary. While some AI is trying to understand human behavior, others are invading human brains. Applications of AI are uncountable. It could be applied to different industries and sectors. Today, AI is helping the healthcare industry in several ways. AI is used for surgical procedures in hospitals. 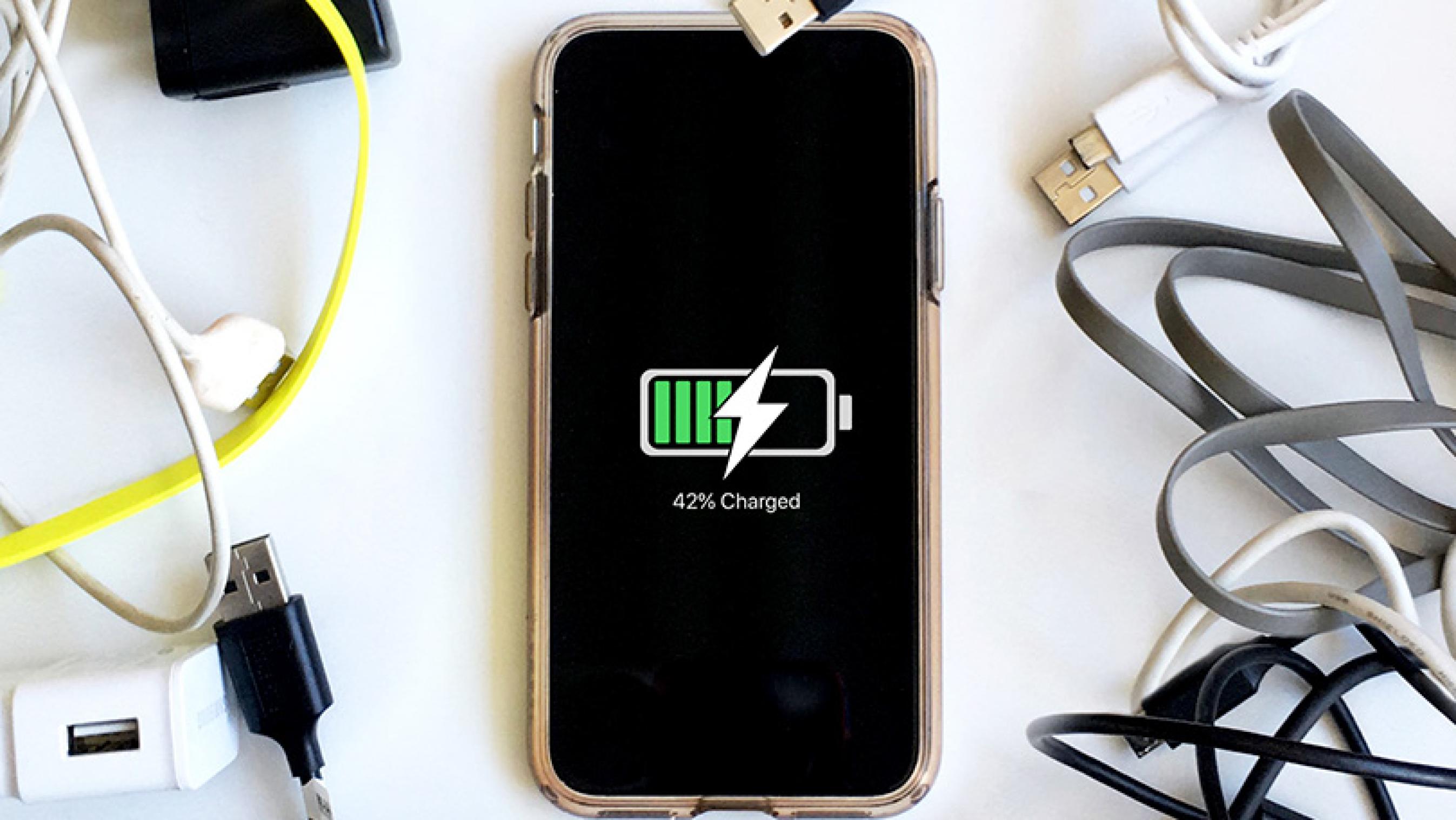 The wireless power is useful for electrical devices where connecting wires could be dangerous and is not possible. A wireless power system consists of a transmitter, a device that is connected to a source (main power), and a receiver that receives the power and converts it into AC or DC. Wireless power is durable, as you don’t have to worry about cables. Furthermore, it allows charging for multiple devices and has a high charging speed. 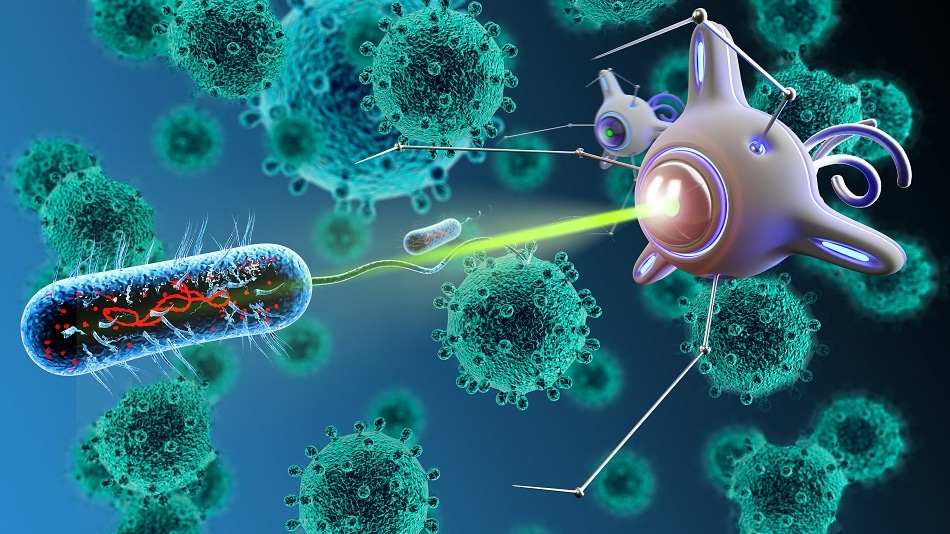 Nanotechnology or popularly known as Nanotech is the study and application of small things that can be used across scientific fields, such as chemistry and engineering. It is the manipulation of matter on the molecular and supramolecular scale.

Nanotechnology could create several devices and materials with a range of applications such as nanoelectronics and consumer products. The concept of nanotechnology was first used by physicist Richard Feynman in his talk There’s a Plenty of Room at the Bottom, in which he described the possibility of synthesis through direct manipulation of atoms.

This technology can help to see and control individual molecules and atoms. Although nanotechnology is new, nanomaterials were known for centuries. The technology increases the possibility of microscopic recording devices. It could also be used to refine drug production. Furthermore, it allows the circuits to be constructed on an atomic level. Nanotechnology not only makes processes faster but also makes computing devices smaller. 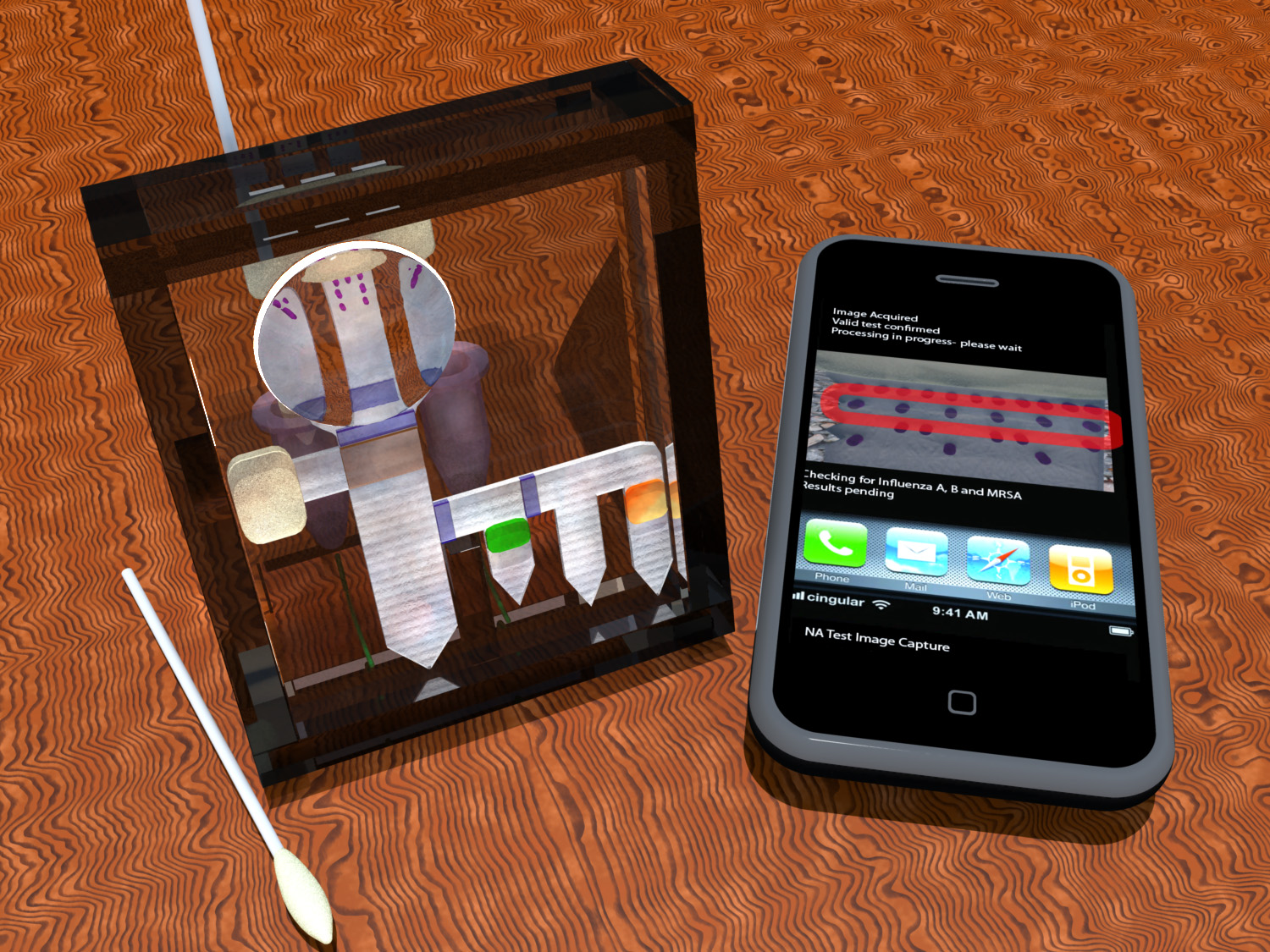 It is the process of diagnosing medical conditions in oneself. It is a technology that would provide alternatives to medical consultations where manual checkups are not possible. For some, healthcare could be expensive. The self-diagnosis could help them in several ways. For using self-diagnosis, the users have to answer a few questions about their symptoms.

Then, he/she will be presented with a possible diagnosis. While it is helpful in various ways, it is also speculated that self-diagnostic medicine could produce false results. People might diagnose them with the condition they do not have. This cutting edge technology could be beneficial as it saves time and provides comfort from home. 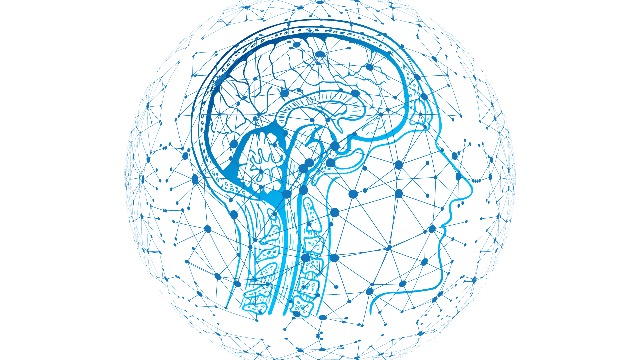 Neural Control Interface is a technology that provides humans with an ability to connect brains to the internet. It allows the user to control and to communicate with other systems.

The connection with the brain does not take place at the level of muscular output channels but takes place directly by external techniques using electroencephalography. It involves brain wave mapping, which is the process of controlling remote robotics from neural impulses.

These cutting edge technologies will surely change the world. They are saving a lot of time and money and also making our lives better.  You may not have seen these technologies yet, but they do promise an excellent future.

Do you know any other cutting edge technology that could make an impact on the world? If so, then drop your comments.