It looks like as if it were a set of movie that is set in winterland where waterfalls are frozen and the plants look like some form of ice corals. The sight is sublime to say the least. 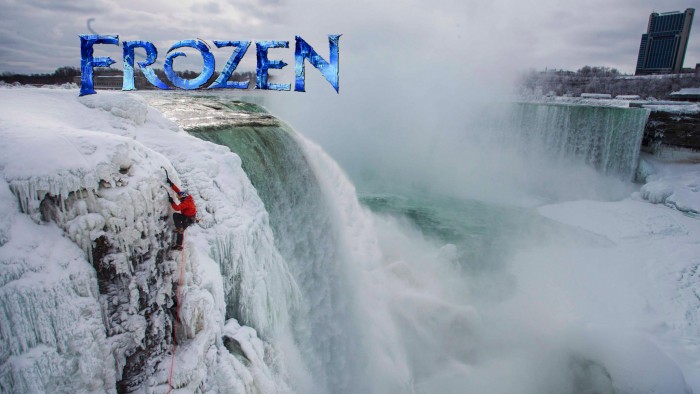 These breathtaking pictures of the magnificent Niagara falls in extreme cold looks like a scene from the Disney’s animated feature film ‘Frozen’. North America gets cold during harsh winters just as it got cold this season. While the extreme temperatures affect different aspects of life, the nature is busy painting mesmerizing pictures for the earthlings to witness.

Look At That Perfect Picture Of The Horseshoe Falls 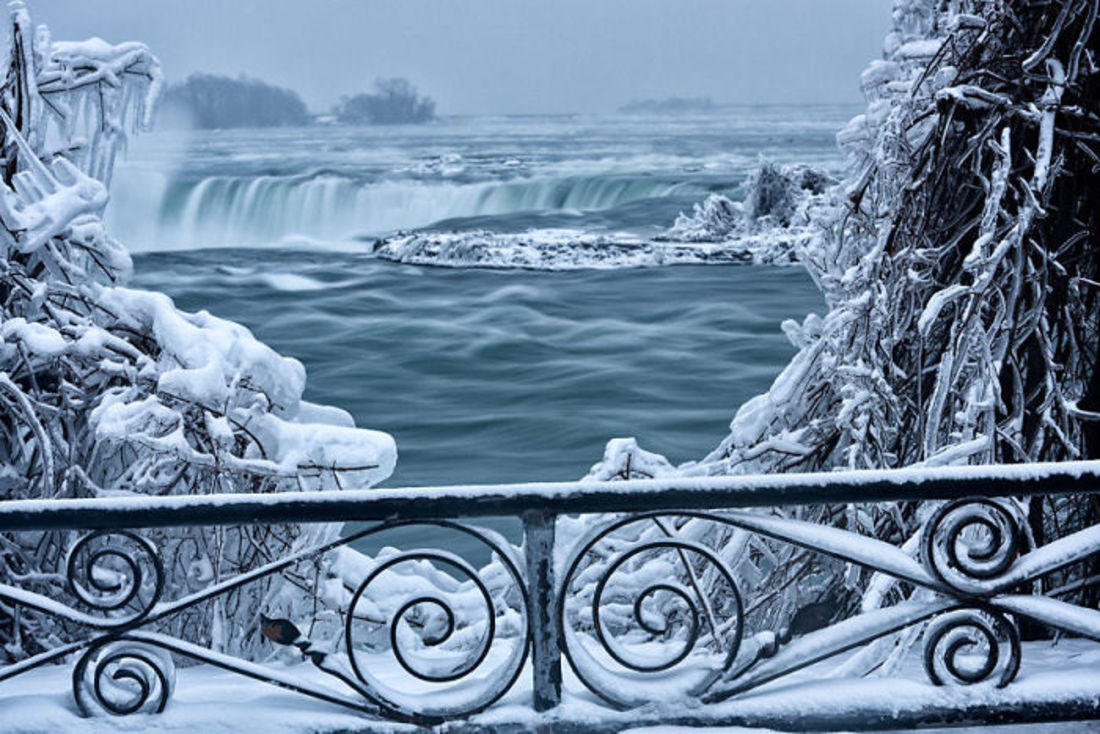 This Horseshoe fall looks as imaginary as an Unicarnshoe.

That Must Be Superman’s Fortress Of Solitude 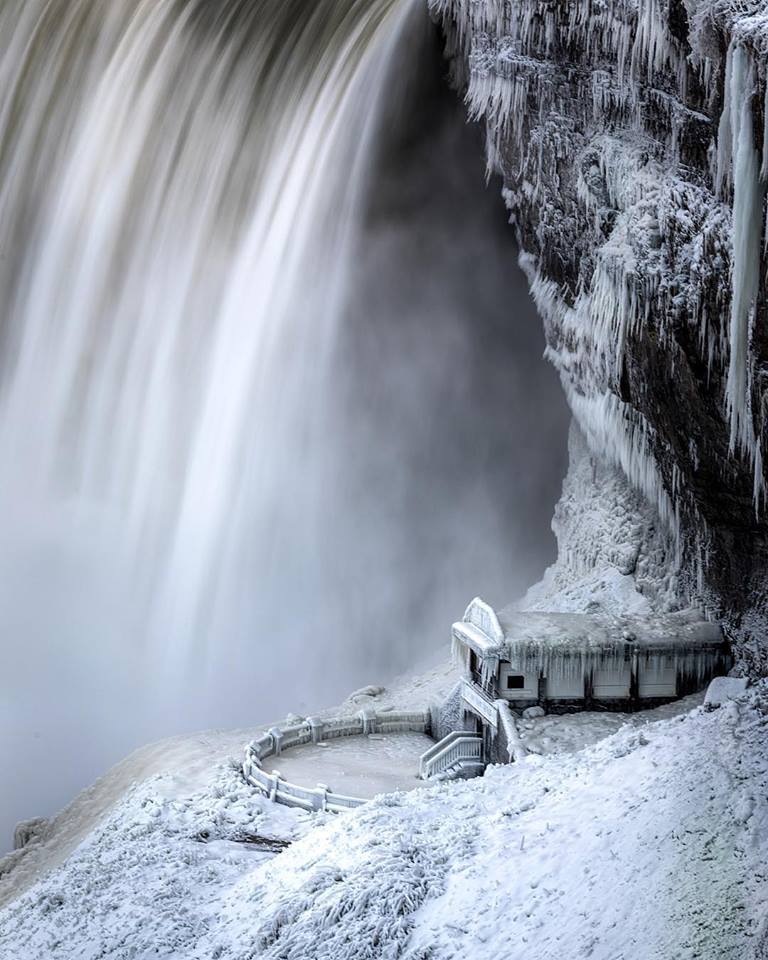 This cause of this blizzard seems to be the Superman’s super sneezing. He must be cold.

Can’t Blame Anybody If They Say It’s Photoshopped 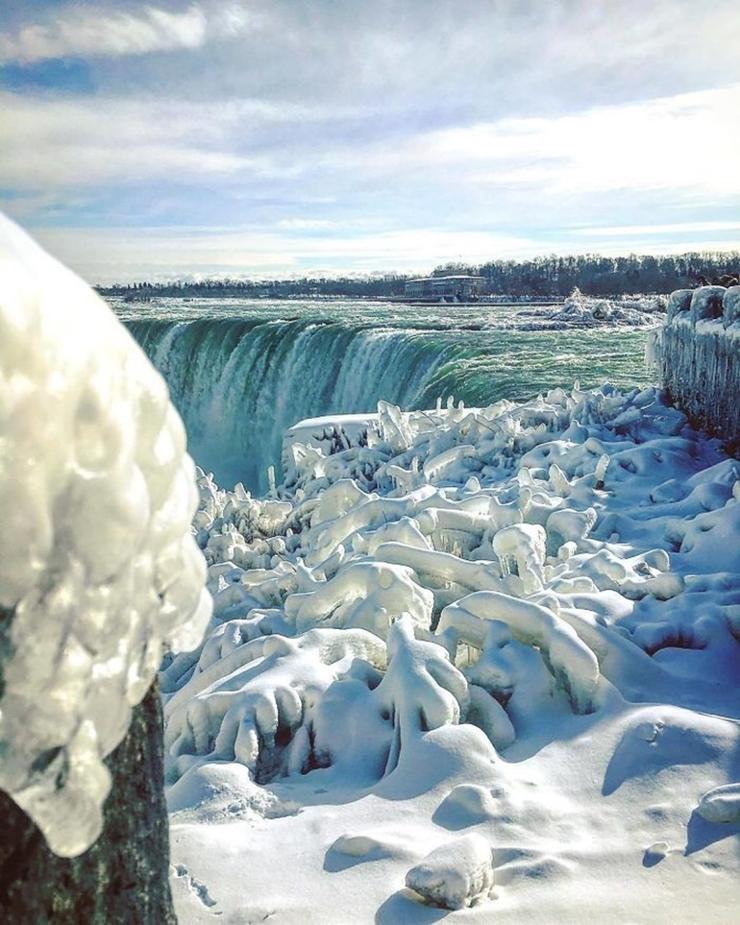 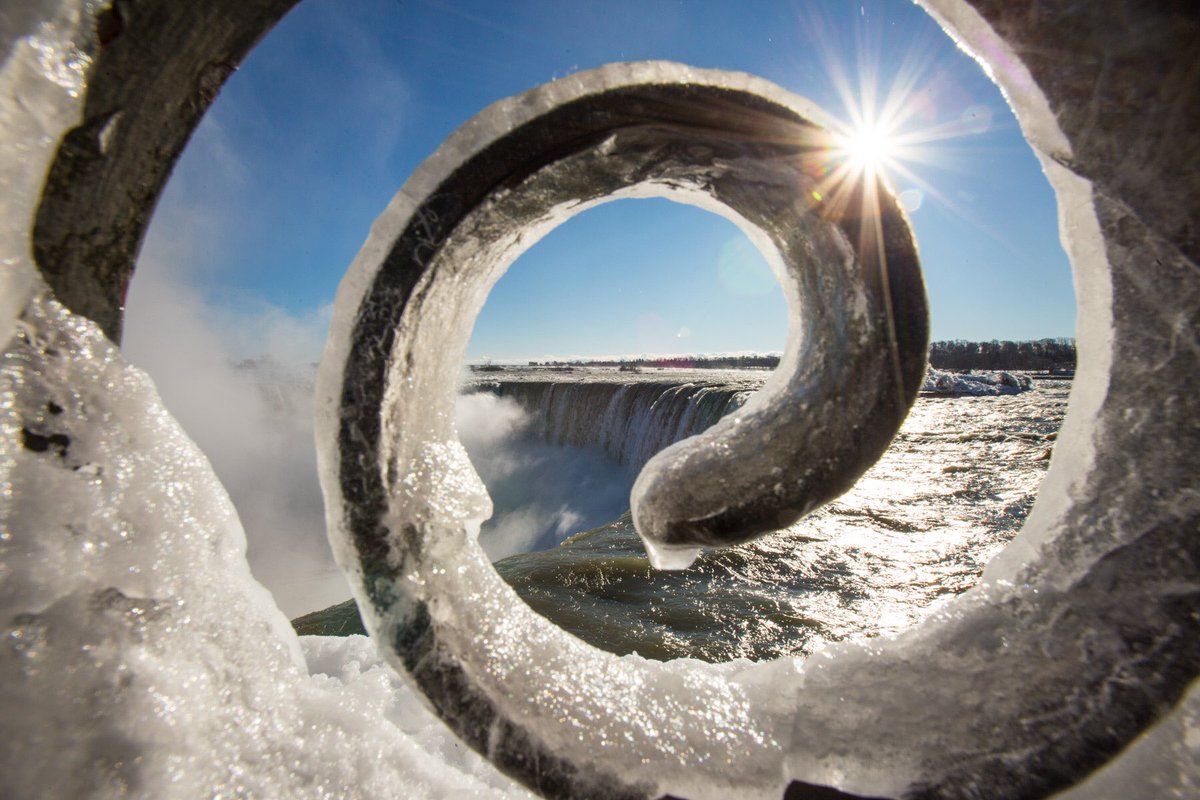 The picture taken from a frozen railing seems to appear like the tentacle of the Octopus. 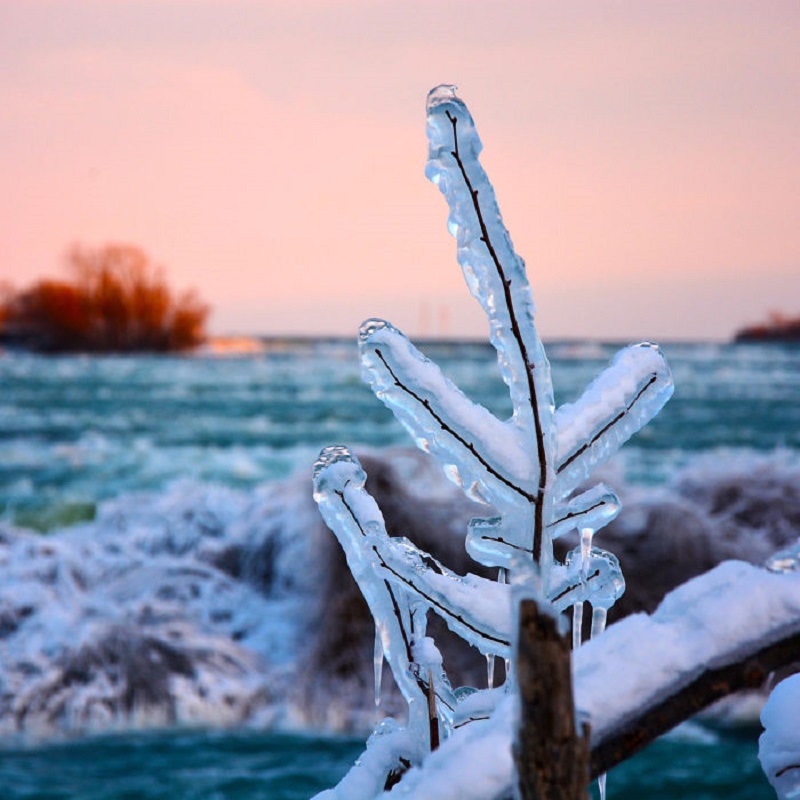 Will probably plan a trip next time this happens and make a time lapse of freezing and the unfreezing of the falls.

Just Looking At These Pictures Makes Me Cold With temperatures as low as -9C, the cold gets to you through the screens. 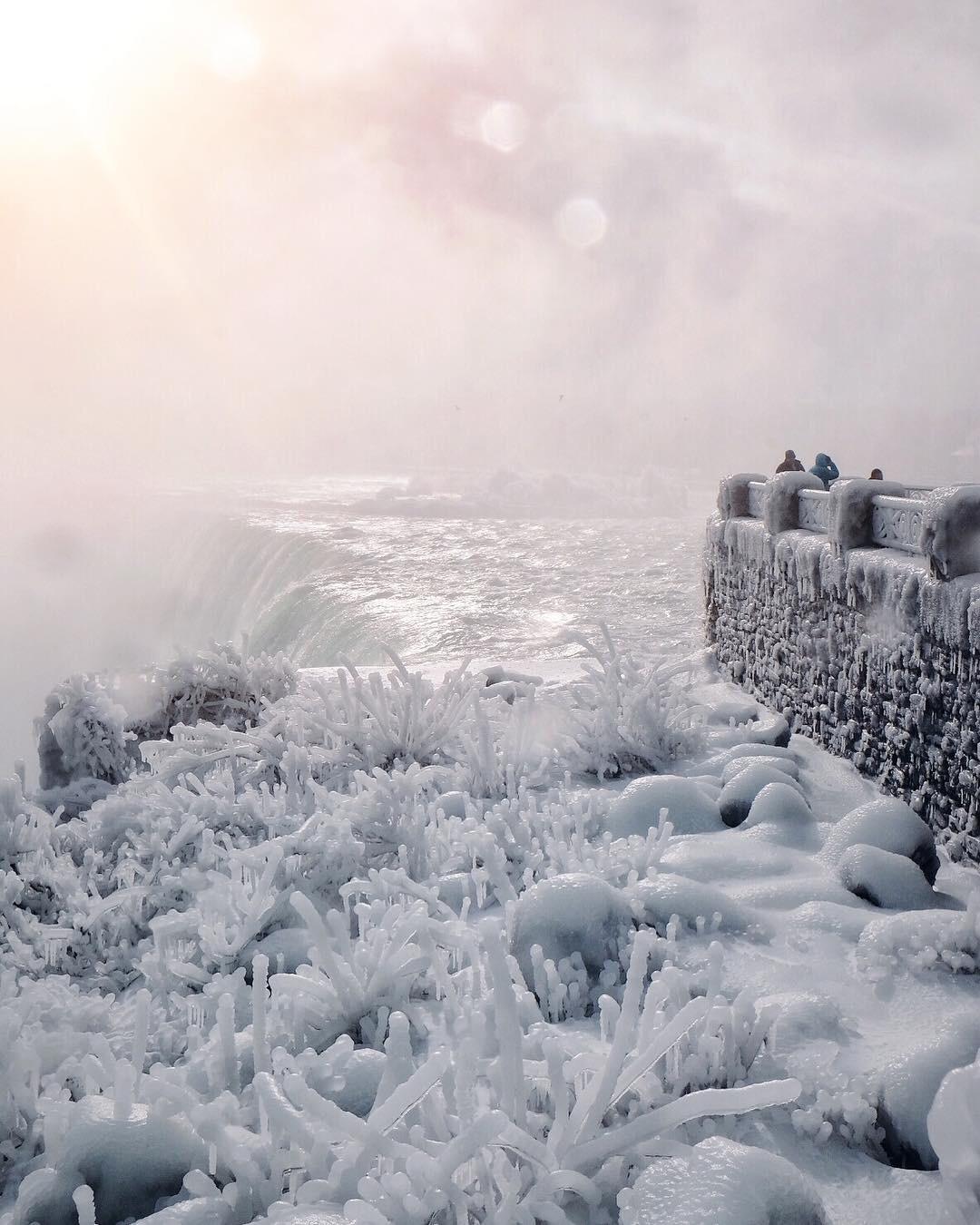 Disney if you’re looking for a set to make a live-action Frozen, just make the picture happen here at Niagara falls with staggeringly low-budgets.

Last year ended with the significant Geminids meteor showers while this year started with winter wonder of frozen waterfalls. Nature has its way to entertain itself.