Today we are facing many climatic changes which are severe threats to our future. And, only we need to take measures to save our environment. So, have a look at these 21 examples that show how we can still save our planet. 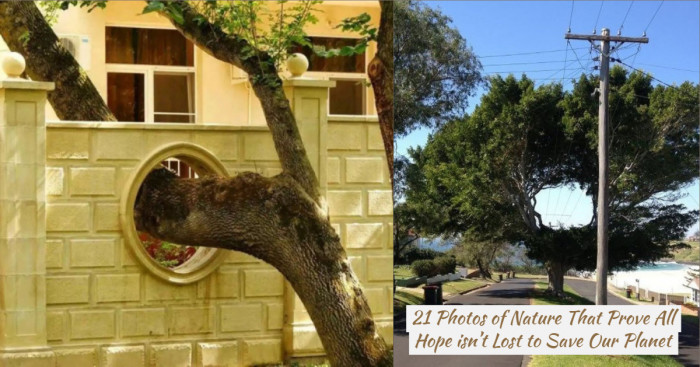 According to some reports, the Earth loses 18.7 million acres of forests per year which is equal to 27 soccer fields every minute. And similarly, 100,000 acres of forest is cleared per day that means about 15,000,000,000 trees are cut down every year, according to the World Wildlife Fund (WWF). Most importantly, the year 2017 was the second-worst year on record for tropical tree cover loss as over 15.8 million hectares of forests and trees were destroyed in that year.

Well, not only deforestation many climatic changes such as habitat loss and degradation, global warming, increase in pollution, all are the threats facing the environment today will present us with many challenges in the future. As a fact, these are putting the survival of other species and our future at risk; global biodiversity is declining at an alarming rate. Well, these effects are impacting both livelihoods and communities around the world.

No doubt, reading such statistics makes us feel extremely sad and hopeless about our planet’s future. Although, one should never stop thinking about the good side and people who prove that no matter how bad things get, good will always conquer.

So, here we have enlisted 21 photos proving that nature still has a fortune and environmentally sensitive and responsible people are the sole reason. 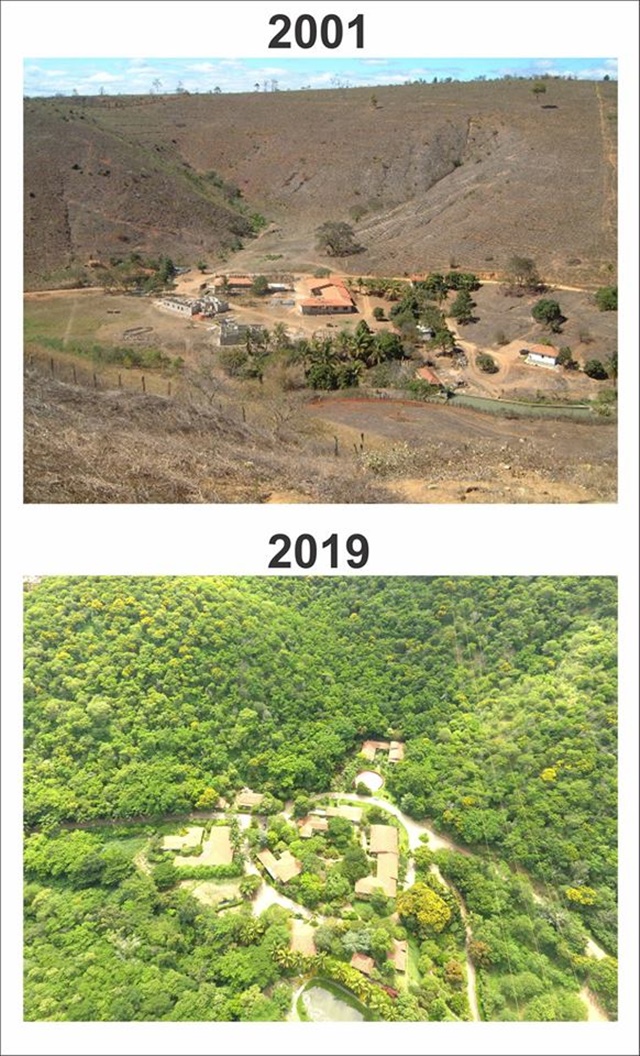 Instituto Terra is one ambitious project started by the famous Brazilian photographer, Sebastiao Salgado and his wife Lélia Dluiz Wanick. They posted this picture on social media with the caption,

“When it comes to Ecosystem Restoration nature needs more than 10 years.
See what the Instituto Terra has done over a period of 18 years. Your attitude can make a difference, our challenge continues and you can contribute through our site https://goo.gl/ekHYtk
#tenyearschallenge #eighteenyearschallenge #institutoterra” 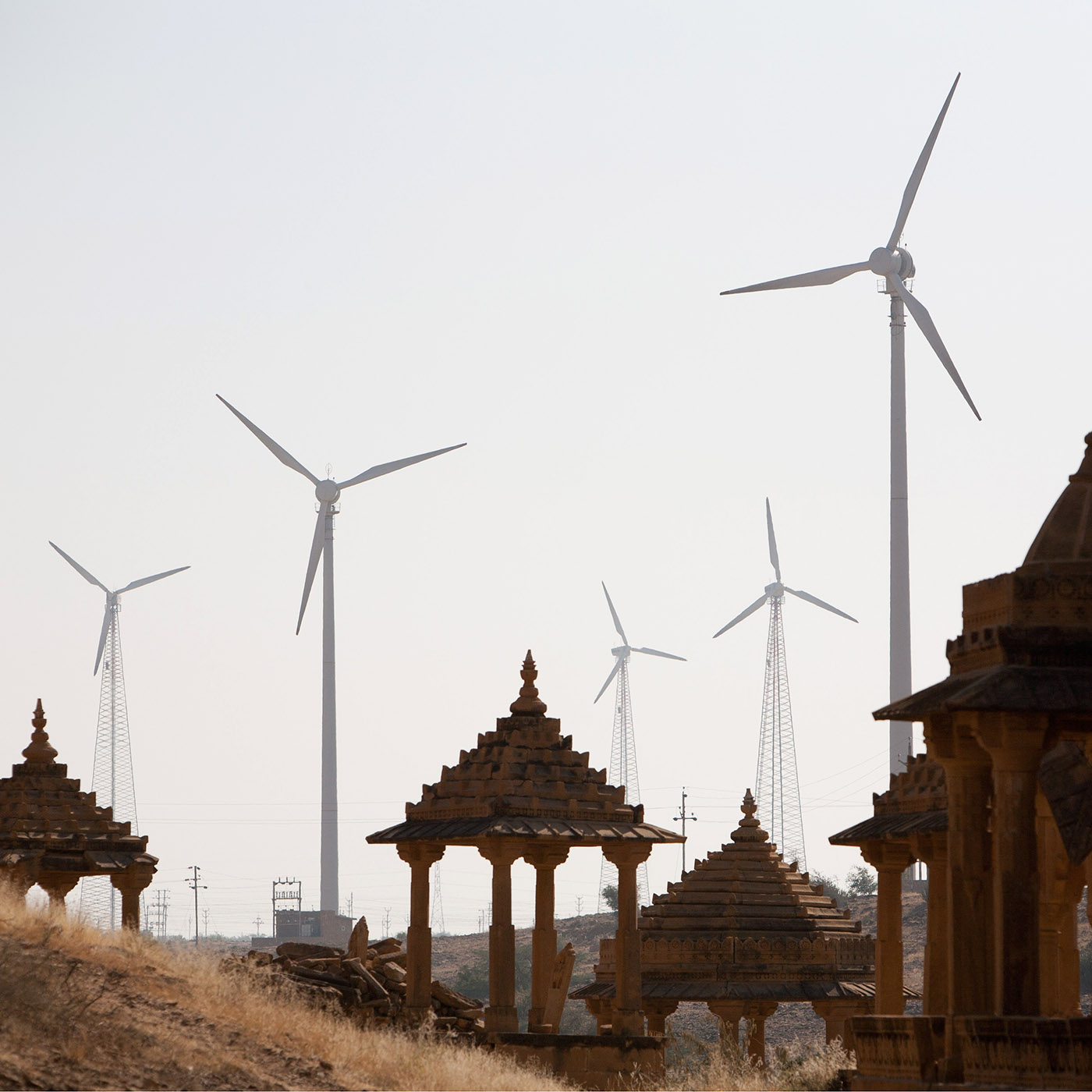 This is the picture from wind power turbines in Bada Bagh, Rajasthan. There the wind power turbines are serving as the backdrop to ‘chhatris monuments’ dating back to the 16th and 20th centuries. A wind turbine is a device which converts kinetic energy from the wind into electricity. 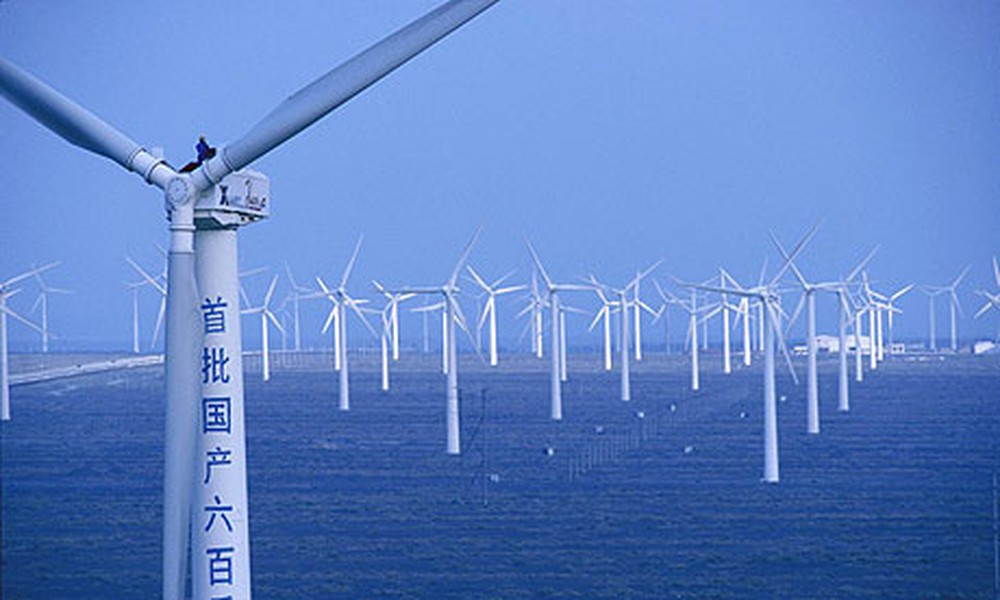 Another example is wind turbines on the glaciers of Xinjiang, China. They serve as an apt representation of the future of renewable energy in our world and also make for a great view against the backdrop of the sun.

reNature Foundation is another organization which promotes the use of sustainable agricultural practices. They posted this picture with the caption,

“reNature #tenyearchallenge is a more positive one. We challenge you to do what Ernst Götsch did in Brazil. Turn a full degraded landscape exploited by logging into an abundant Regenerative Agroforestry Farm. Thanks Ernst for inspiring us every single day of our lives 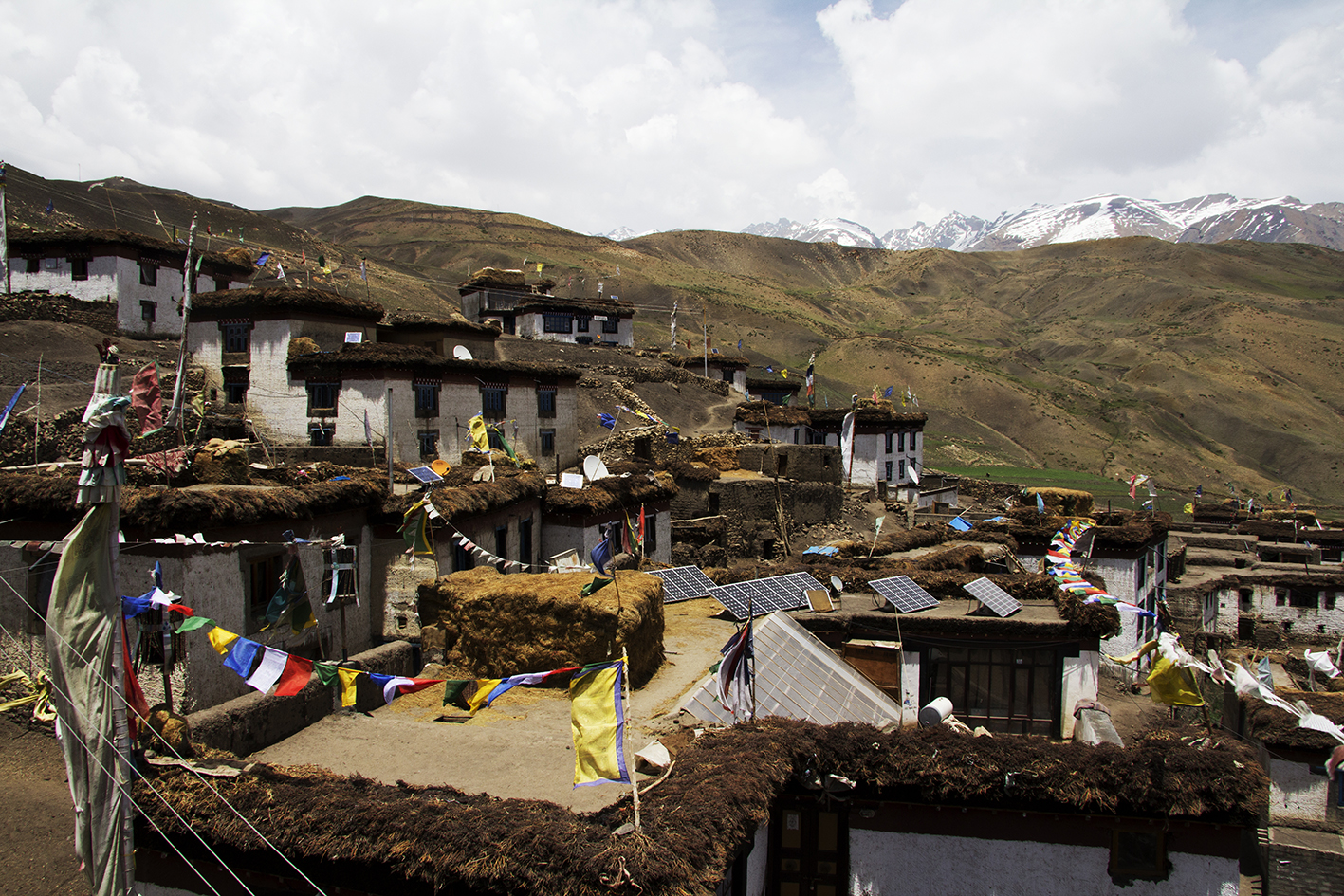 In a small mountainous village called Demule high up in the Indian Himalayas, people are using Solar panels atop homes.

As we know, traditional electricity relies heavily on fossil fuels such as coal and natural gas. And undoubtedly, they are limited in nature. So, using these solar panels will help us to save those fuels also with several other benefits.

5. This Idea is Applaudable 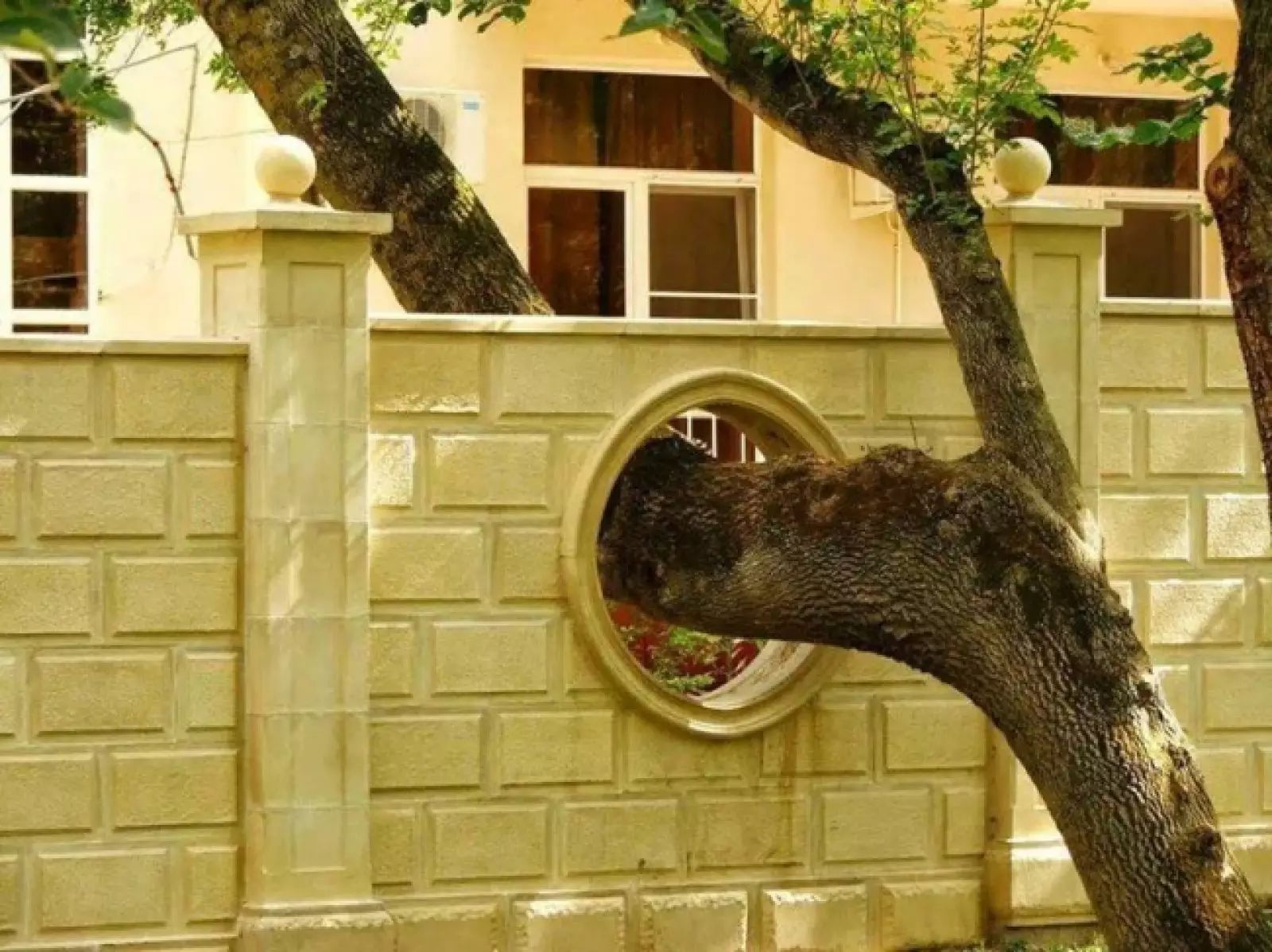 It portrays a great message to all that we don’t need to destroy nature to build walls. Hat’s off!

6. The Zaafarana Wind Farm in Egypt 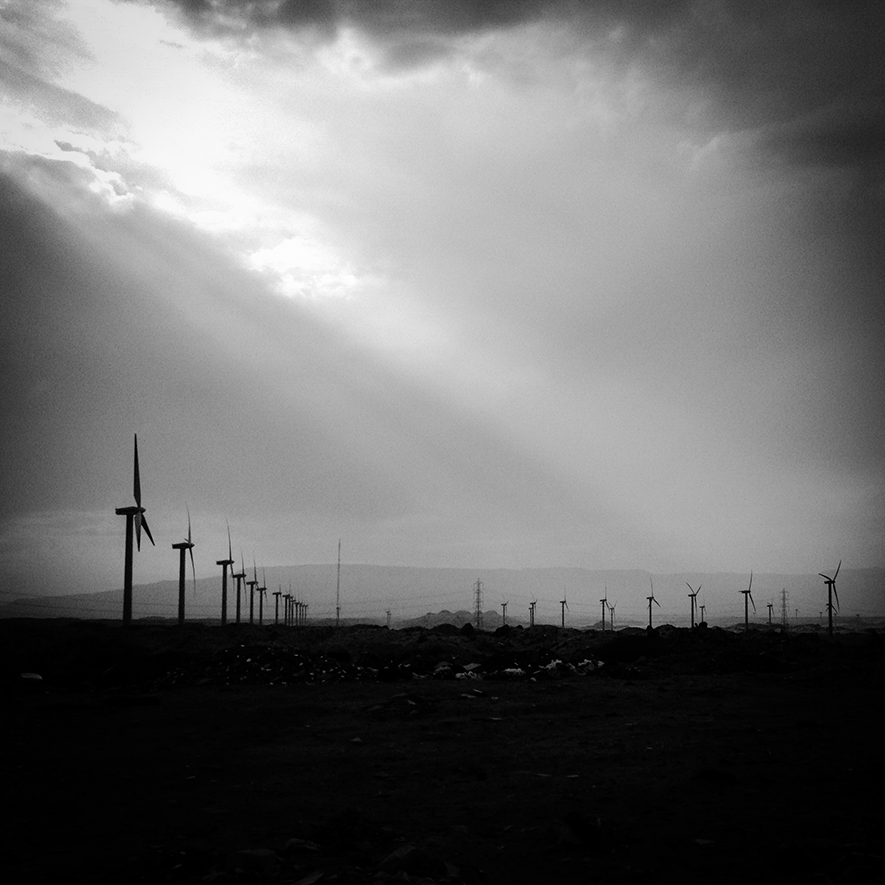 To define a wind farm is a group of wind turbines in the same location which is used to produce electricity.

7. Try This If Trees Get in the Way 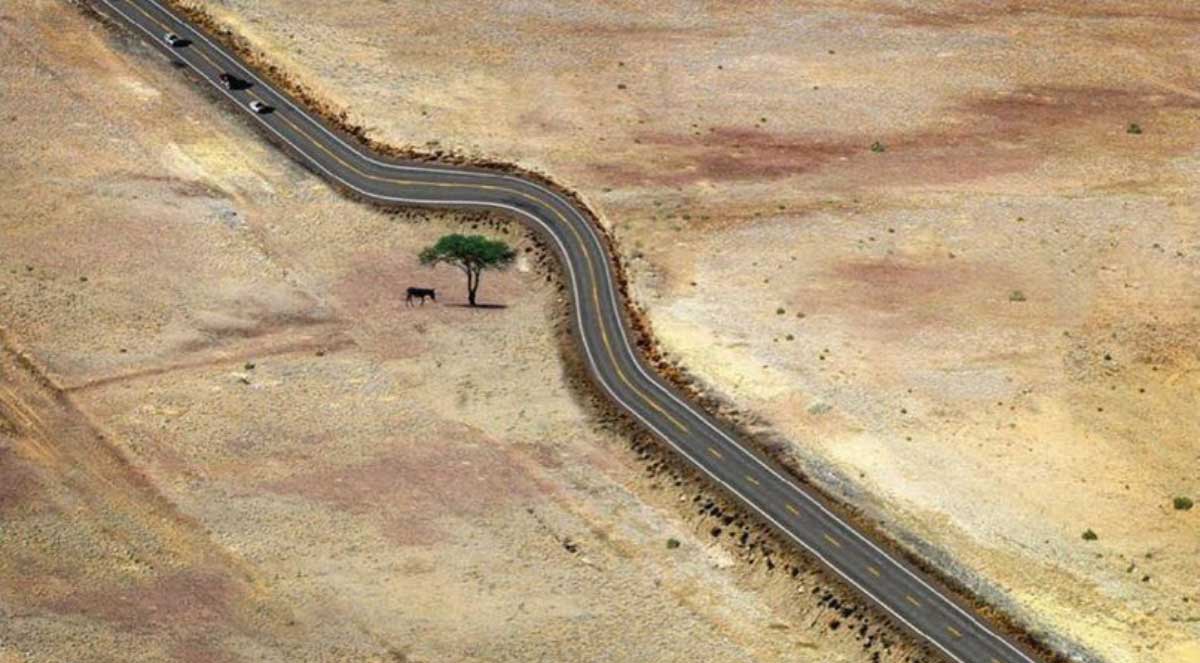 Well, the normal reaction to finding a tree in the middle of the path of an impending road is to cut it down and remove the stump. But, then here it comes another great picture. Claps! 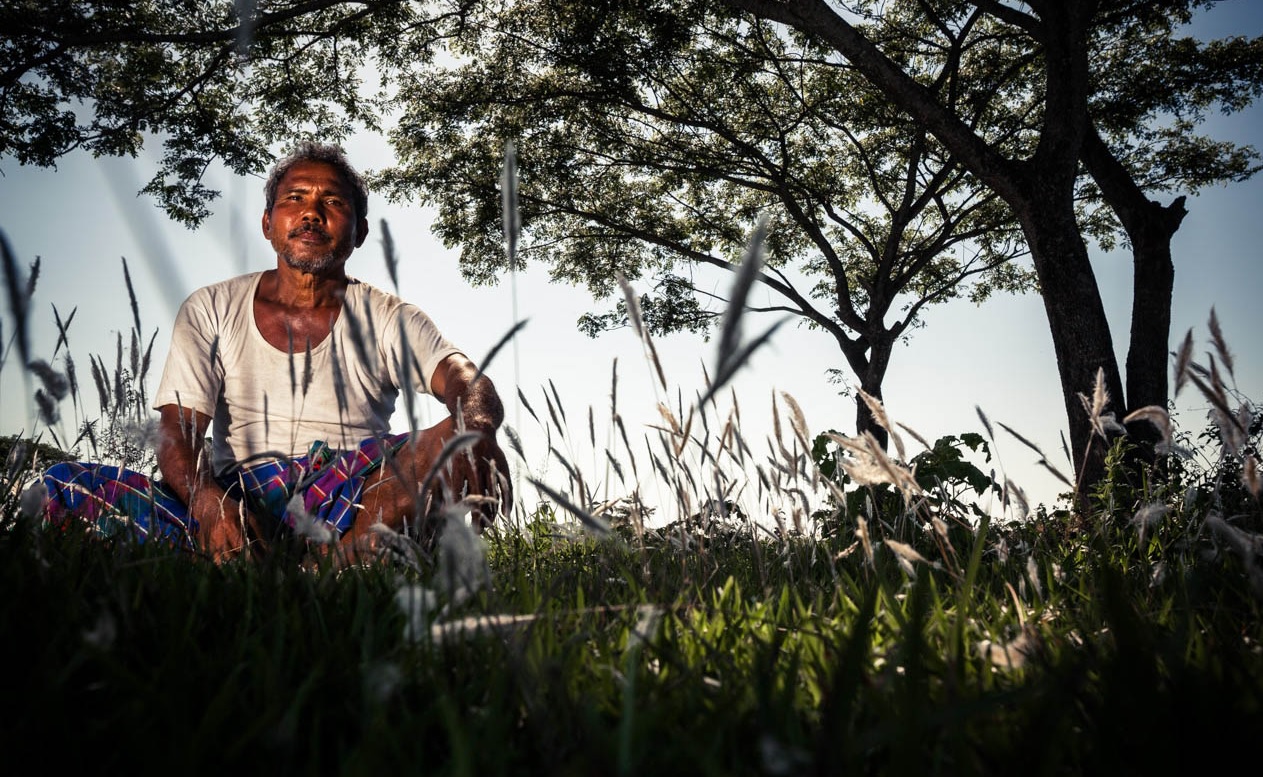 Jaydev Payeng also known as ‘Forest Man of India’ has proved the power of one. He has been created an astonishing 1400 acres of forest by planting trees and seeds since the 1970s. Great work! 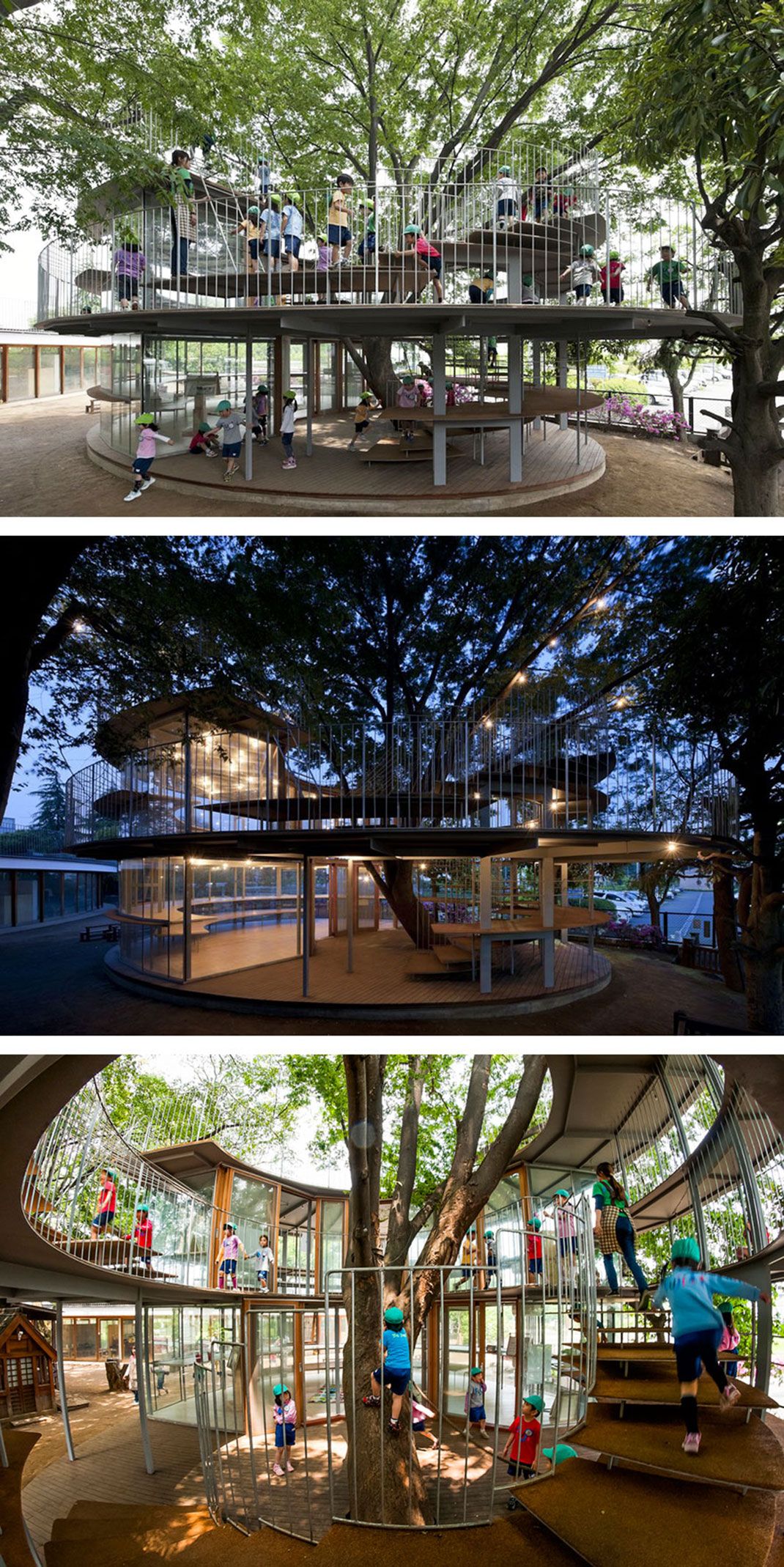 No wonder, every kindergarten should have this. As we all know, living in the digital era is already keeping all of us away from nature. But this idea of Kindergarten Around The Tree is the best example of keeping kids with nature. It looks fun too! 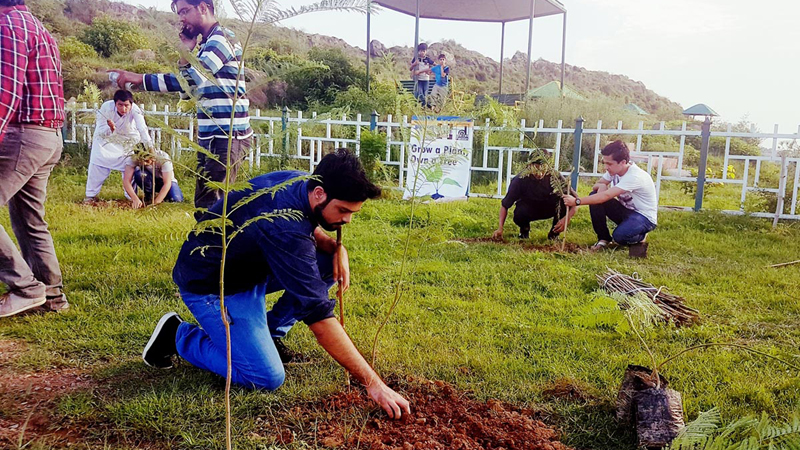 This is the picture from Riau, Indonesia. There the people clear the rainforests to make way for plantations. It is the process of Forest conversion. It involves removing natural forests to meet other land needs such as agriculture, plantations, pasture for cattle settlements as well as mining.

11. Use of Solar Device to Boil in the Kettle 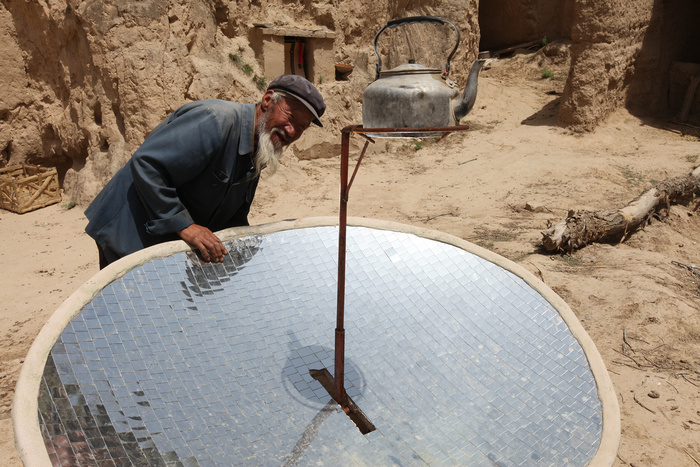 This is the picture from the Silk Road in Northwestern China. It is during drought when a man still manages a smile as he uses a solar device to boil in his kettle, suggesting the fact that renewable energy is vital to unlocking a better future for the planet. Wonderful! 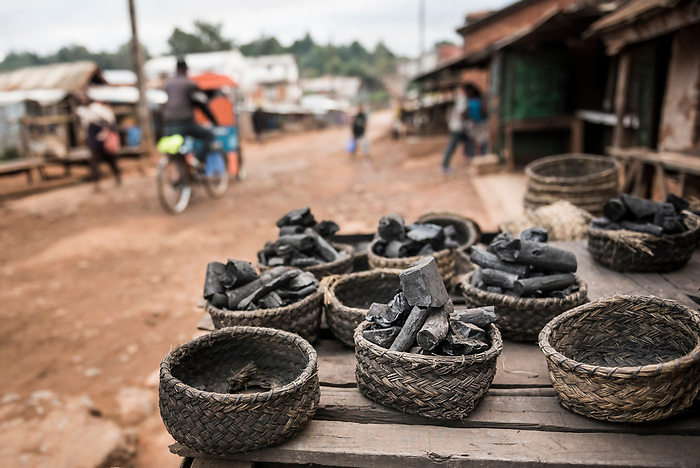 Coal is the least expensive and most abundant of all fossil fuels. So, there is a small hamlet in the middle of the forest who has a weekly coal market in Fenoarivo, Madagascar. 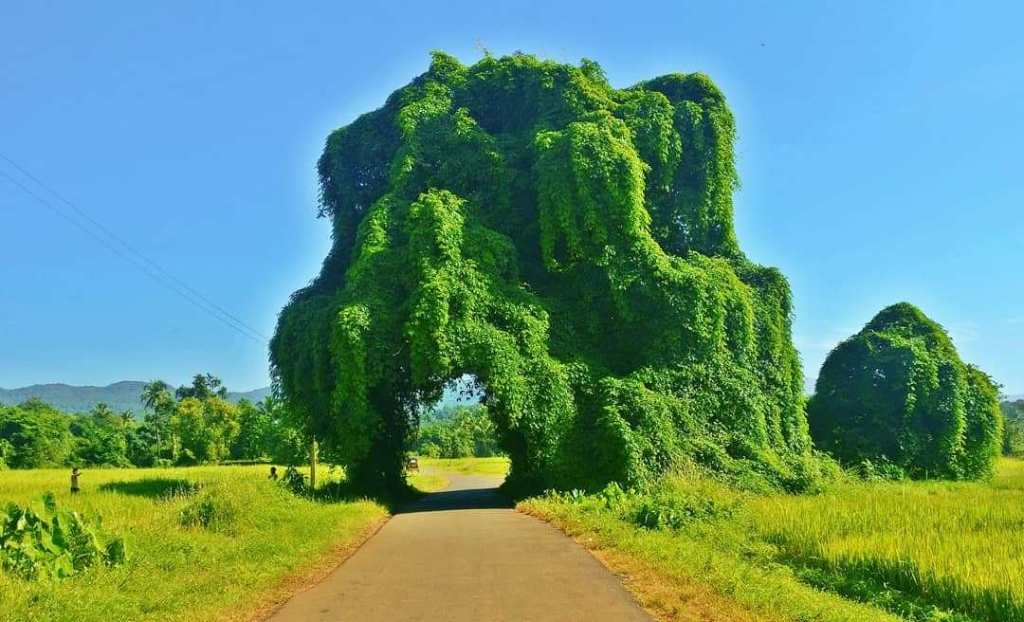 For over 100 years now, this tree has been standing on the border of Kalambist village. It is known as ‘Devachi ves (border)’ or ‘Devacho Ambo’ which signifies the sacred mango tree of the village. Well, it does looks amazing. Now, I want to travel along this path.

It was also posted once with the caption, 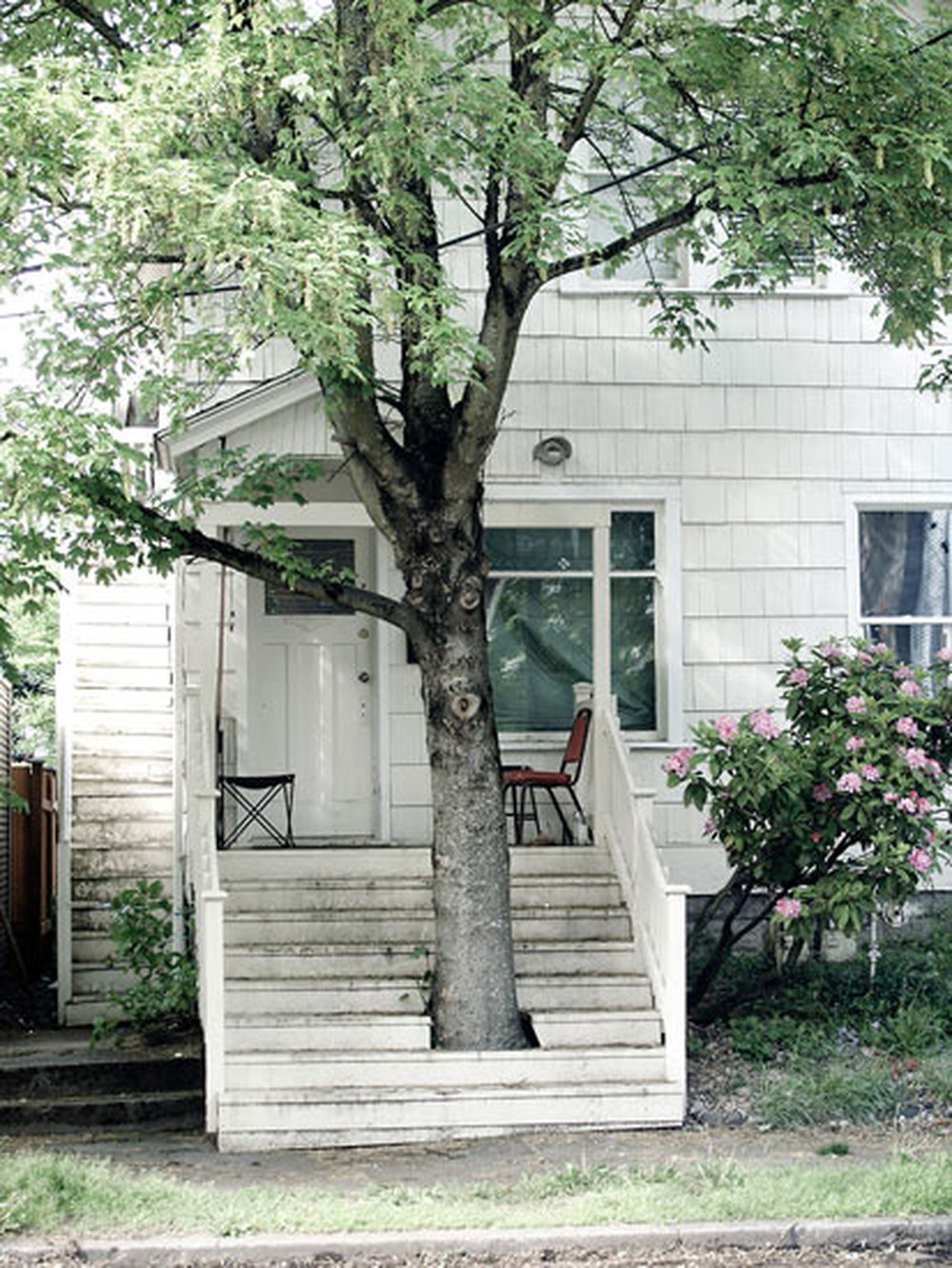 It's great to see how older homes were benefited with a little creativity and love of nature. It seems these residents didn't need the porch shelter after all. Best one yet! Agree?

15. Another Picture of Tree in the House 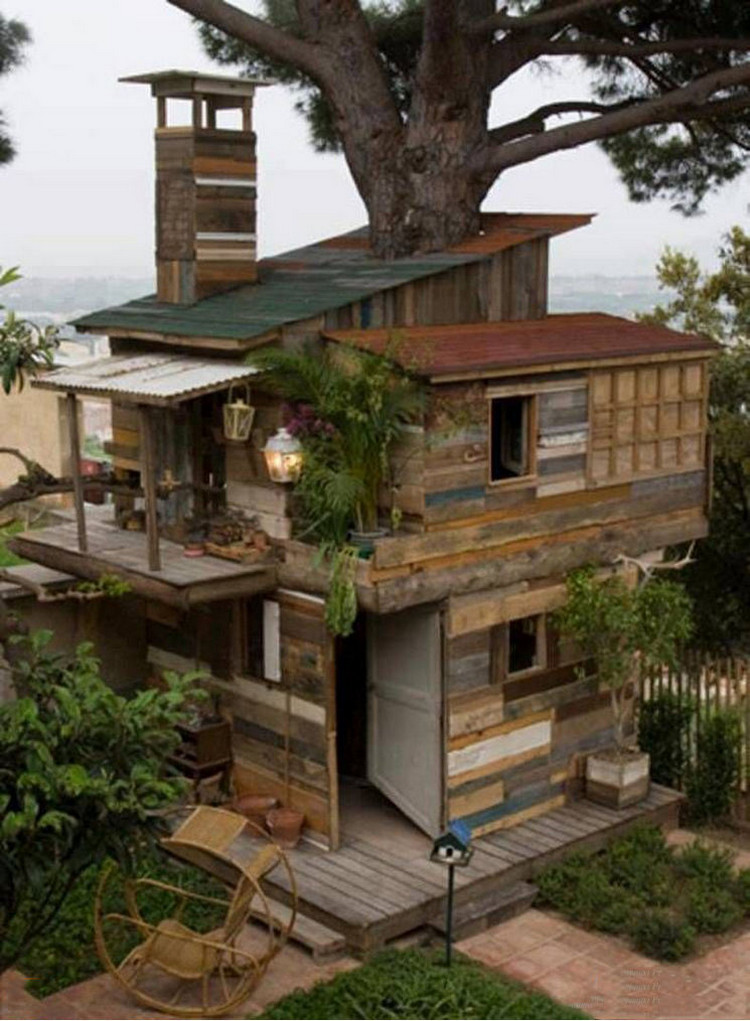 It shows how one can easily build houses around trees without even cutting them. Wondrous! 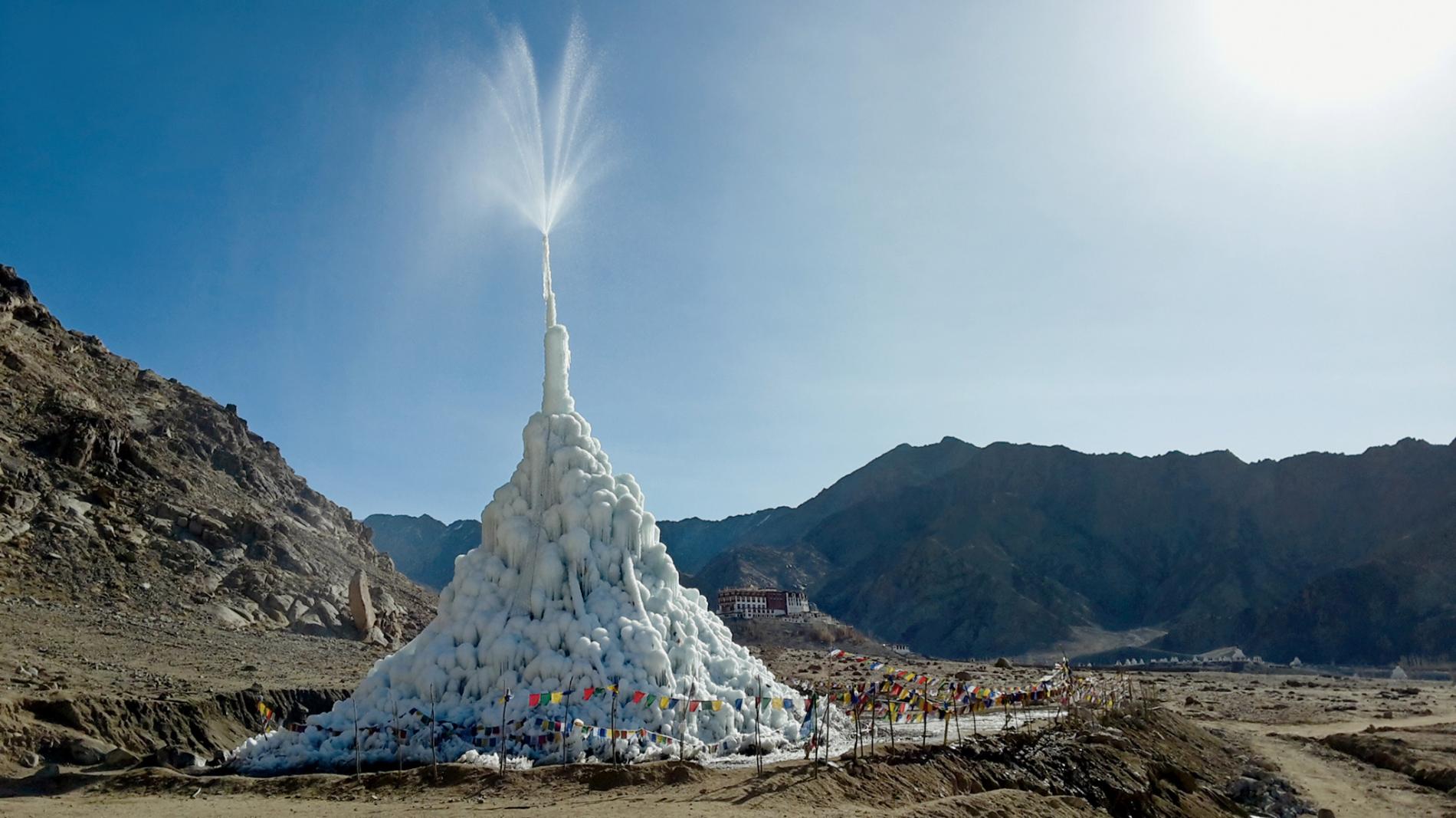 The above picture shows the Ice Stupa. They are a form of glacier grafting technique which creates artificial glaciers, and these glaciers are further used for storing winter water in the form of conically shaped ice heaps.

Especially, during April and May, the two crucial months when all the villagers need to water their newly planted crops, but there is little water in the streams, and many villages face acute water shortage at that time. So when water is scarce during summer, the Ice Stupa melts to increase water supply for crops.

17. “Every Flower is a Soul Blossoming in Nature” 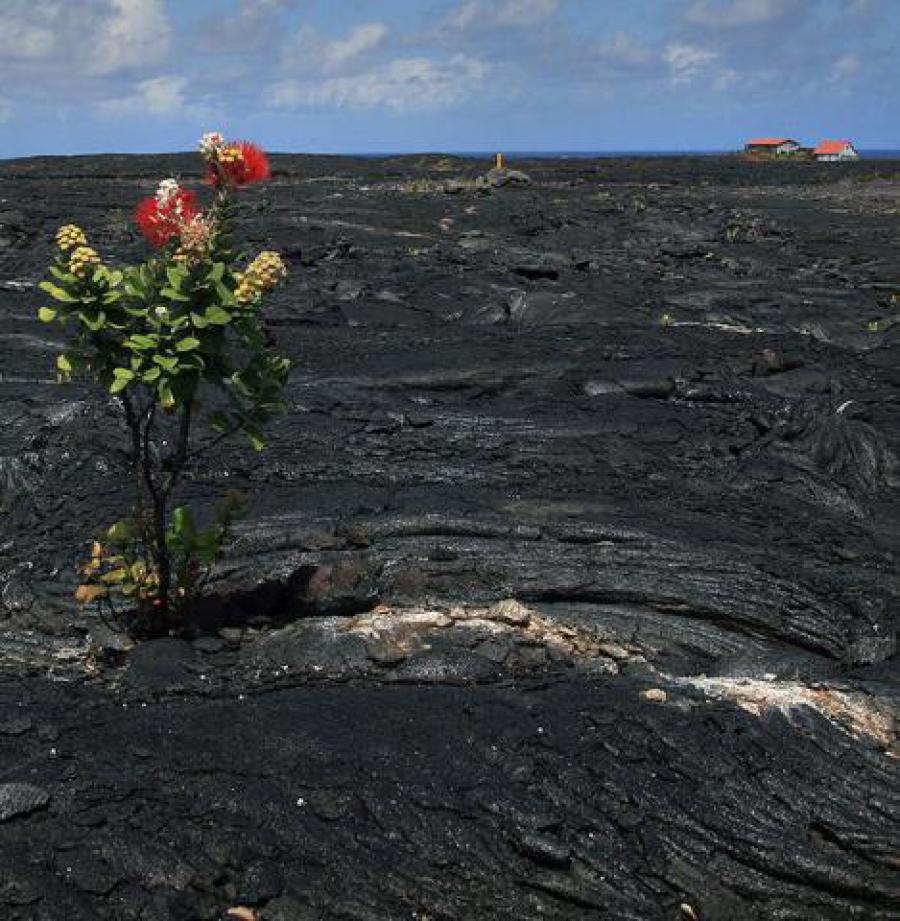 This shows that nothing can belittle nature’s power. And must say, even in places where nothing grows, flowers can still pop up. Just Beautiful!

18. Solutions are Always There 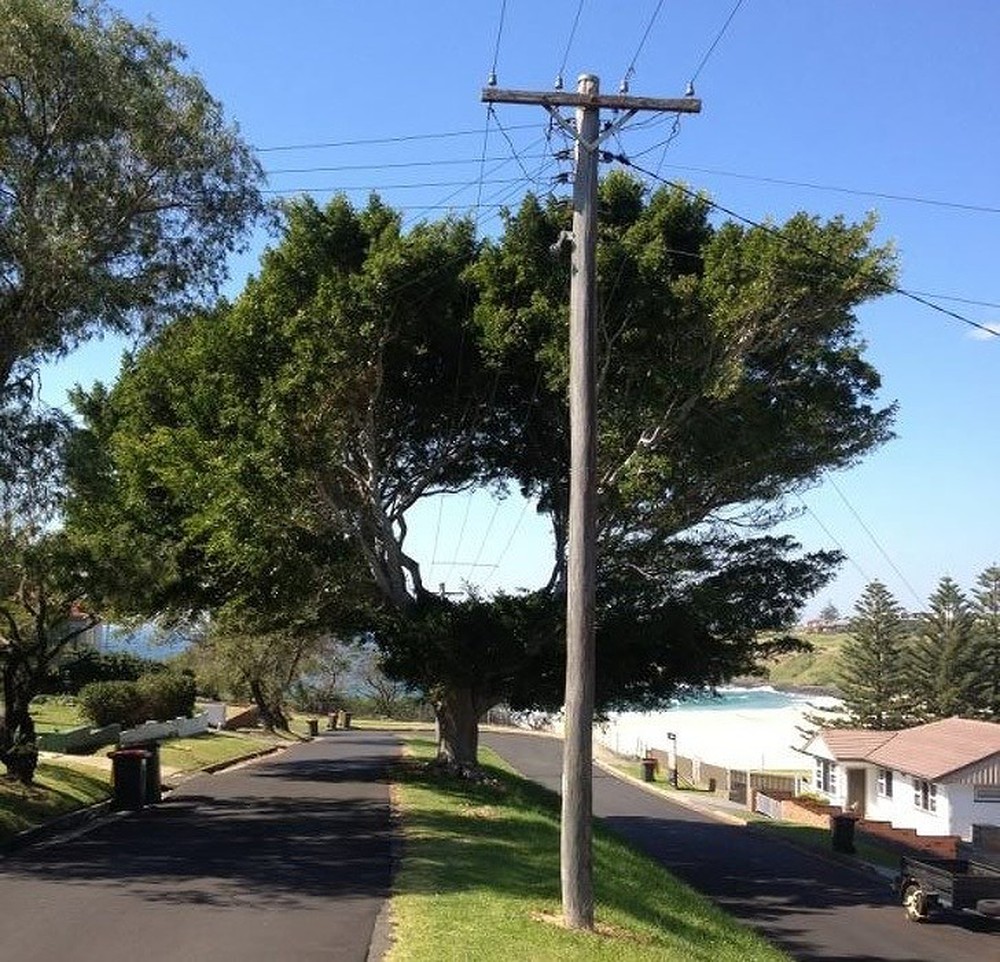 Well, whoever did this is one great person with a big heart. Plus it inspires that how there is always a solution to every problem.

19. Orange is the New Green

This is done by Princeton University. This tale demonstrates the power of agricultural waste which can potentially regenerate forests.

Regarding this achievement, Timothy Treuer, a graduate student in Princeton’s Department of Ecology and Evolutionary Biology, said-

“This is one of the only instances I’ve ever heard of where you can have cost-negative carbon sequestration. It’s not just a win-win between the company and the local park — it’s a win for everyone.”

Also, they posted the photo on social media with the caption,

“Orange is the New Green! Princeton University researchers found that 1,000 truckloads of orange juice byproduct regenerated a Costa Rican rainforest after 16 years. The research demonstrates the potential of agricultural waste to restore forests and mitigate carbon at low cost.
http://bit.ly/2w0AMaB”

Eden Reforestation projects are one great project which is not only restoring healthy forests but also reducing extreme poverty and employing local villagers to plant millions of trees every year.

Around 200 MILLION trees were planted internationally under this project! They have donated trees in Indonesia, Madagascar, Nepal, Haiti, and Mozambique. It is the picture of their first planting site in Mahabana, Madagascar and must say this transformation is amazing!

They posted the picture on Instagram with the caption-

“Here it is…the latest addition to our progress photos taken at our first planting site in Mahabana, Madagascar! The transformation is amazing! Plant Trees - Save Lives edenprojects.org”

21. Not Much Space Required 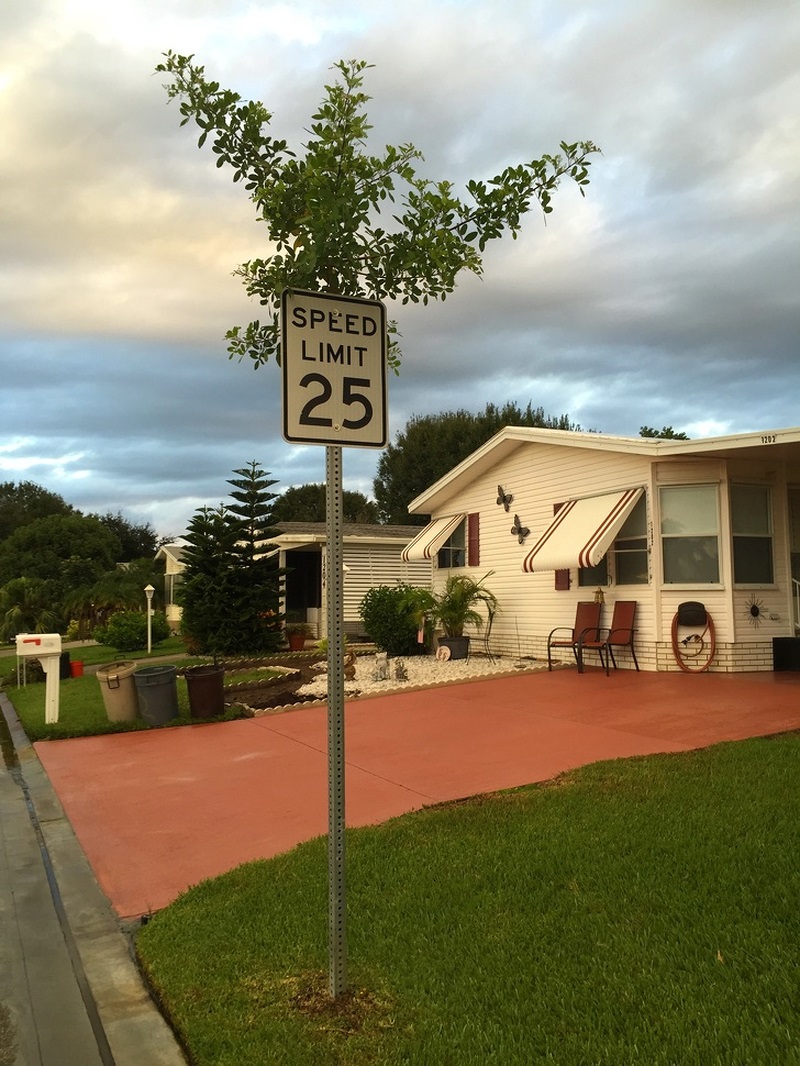 No need to say that trees can grow wherever they find the necessary space they need.

These above pictures show how it's up to us that either we work with nature or work against it. All these architects have found middle ways instead of chopping down the trees or using the same traditional methods which are anyway harming nature. They even built up their houses with the trees incorporated as a part of the new structures.

It also inspires us that we should never stop trying to change the world for better and never lose hope. And also we should never forget that the responsibility of securing the future of our planet rests on each one of our shoulders.

Well, which one of the above pictures made you realize that there’s still time to preserve nature?

Save the Nature to Save the Future!