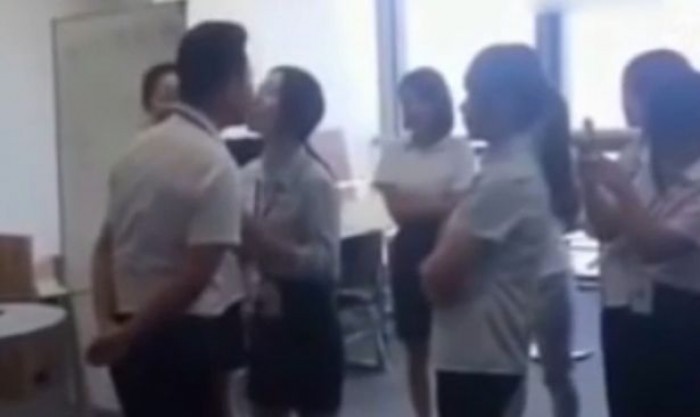 Office days no longer remain lazy days for men. In fact, they love their office more than any other place. Surprised to know right? Here is the reason.

There is a company in Tongzhou District in Beijing which sells home brewery machinery. The company culture implies that it is compulsory for the female staff to kiss their bosses every morning. The company claims it to be a corporate culture that brings the staff in unity.

Company’s staff constitutes of half of the female employees. The kissing session is held for half an hour in the morning at 9.

Despite the reluctance of women, they have adapted to the culture and have remained in the company only after fulfilling their boss’s demand. Only two of these refused and the subsequent result was their resignation.

How Did The Idea Came

The owner of the company explains the rationale behind this ceremony. On one of his trips to abroad, he noticed this culture in a company in the United States. He claims that this practice up-brings solidarity within the organization since the boss and the female staff bond together like fish and water.