Tippi Degre is the real-life Mowgli girl who spent her formative years with the wild animals and grew up with them. Read on her story here. 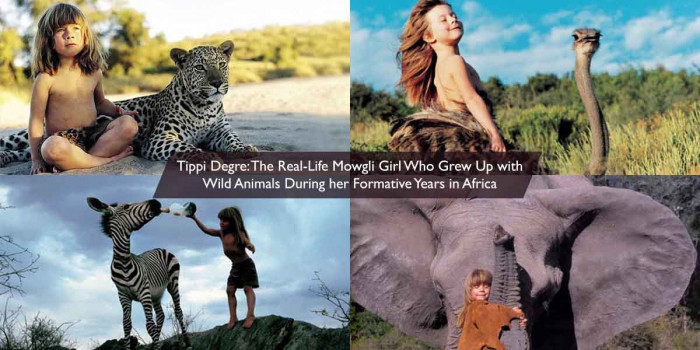 In childhood, we all loved watching Disney shows & who doesn’t like the Jungle Book boy, Mowgli. A young boy named Mowgli lives in the jungle and plays with animals. But have you ever wished to grow up with animals?

Meet 'Tippi Degre' or Tippi Benjamine Okanti Degré, who is known as the real-life Mowgli for spending formative years of her life with native African animals. Also, she later moved to Madagascar and then to Paris to study at a local school for the first two years and then at la Sorbonne Nouvelle University.

Besides, she was featured as a protagonist in a 1997 documentary titled Le Monde Selon Tippi (Tippi's World or The World According to Tippi) that was shot in Namibia and Botswana.

Tippi's Idyllic Childhood & Her Memorable Time with the Wild Animals 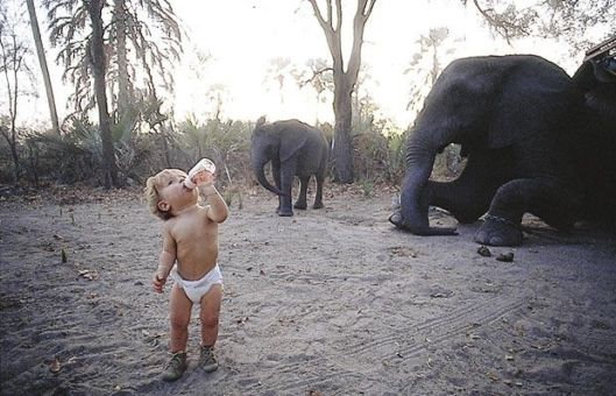 Born on 4 June 1990, Tippi Degre is a Namibia-born French girl who was brought up with the native animals of Africa. She was named after an American actress, Tippi Hedren. She spent the first ten years of her life with the world’s most amazing wild animals.

Tippi’s parents, Sylvie Robert & Alain Degré, are wildlife photographers-filmmakers who decided to give their daughter an unconventional upbringing in the heart of Africa and captured her beautiful moments with the wild animals. Before Tippi was born, they moved to Windhoek, Namibia, in Africa.

The little Tippi is a mix of the Jungle Book’s Mowgli and Mean Girls’ Cady Heron. She played and took naps with Abu- the 5-ton Elephant (whom she called “my brother”), a leopard J & B, and Mufasa the Lion Club as if they were a teddy bear. She also befriended the lions, giraffes, a banded mongoose, an ostrich, meerkats, a cheetah, a caracal, snakes, baby zebra, mongoose, crocodiles, a giant bullfrog, chameleons, and many other wild animals.

“I don’t have friends here. Because I never see children. So the animals are my friends.” 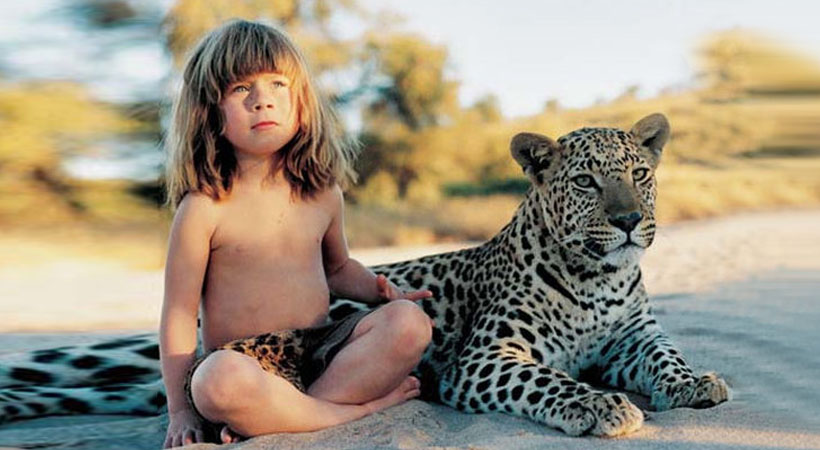 Her parents say that Tippi’s life is not normal, and their decision to move her to the wild forest was rather fateful. She grew a fondness for animals, learned how to shoot an arrow, and many other things.

Her mother Sylvie once told this in an interview about Tippi growing up in the wild until the age of 10,

“It was magical to be able to be free in this nature with this child. She was a very lucky little girl – she was born and raised until the age of ten totally in the wild. It was just the three of us living in the wild with the animals and not too many humans.”

She added how the animals were the size of Tippi & her friends,

“Tippi always said that everybody was gifted and this was her gift. She was in the mindset of these animals. She believed the animals were her size and her friends. She was using her imagination to live in these different conditions.”

Their pictures are magical, and Sylvie was always mindful of Tippi’s safety around the animals. She said-

“You can’t just meet any of these animals and act like this with them.”

“But in the arid or semi desert regions of Southern Africa people have farms of 10,000 to 20,000 hectares. The farmers often keep orphan animals and raise them in their house. Sometimes they are tame or used to humans and so this is how Tippi was able to be so close with them.”

The Eventual Years of Tippi’s Life

In 2000, when she was only 10, she penned a best-selling novel named “Tippi- My Book of Africa” that was translated into various languages. It was based on her life in Namibia, Botswana, South Africa, Zimbabwe, and Madagascar, where she lived among wild animals and tribal people (the San Bushmen and the Himbas). Then back in 2001, she was the Godmother of the World Wide Fund for Nature (WWF) with the French actor, producer, and director Jacques Perrin.

From 2002-03, she hosted the series, Around the World with Tippi, for six wildlife and environmental TV documentaries on Discovery Channel. In 2008, she wrote a book in which she outlined her African adventures with brilliant images that her parents captured. She also has a personal website.

A free-spirited girl, Tippi always had a close bond with animals. And as her parents searched for exotic animals and slept in a tent amid the jungles, she hardly feared living in the bush during the early years of her life.

It’s interesting how a kid in real life led a life similar to that of the fictional character Mowgli as was created by the author Rudyard Kipling.