Raja Ravi Varma, a famous Indian painter & artist, is known as the Father of Indian modern art. He won many awards & recognitions, including the Kaisar-i-Hind Gold Medal. 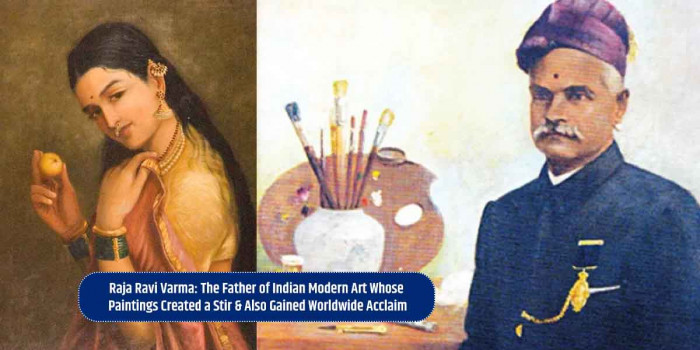 Born in Kilimanoor of the Travancore (present-day Indian state of Kerala), Raja Ravi Varma was a popular painter and artist who is considered the Father of Indian Modern Art. He is also known by other names such as Koili Thampuran of Kilimanoor and Ravi Varma Koil Thampuran. One of the greatest painters in Indian art history for various aesthetic and broader social reasons, his works’ popularity spread far and wide.

He depicted many Hindu gods as humans (which was the first time) and episodes from the epics (Ramayana and Mahabharat, among others) and Puranas. Such works of his have been widely accepted by the public around the world. His works are considered the best examples of the blend of European art techniques and the pure Indian sensibility.

Varma was well-known for creating affordable lithographs of his paintings available to the public, which helped enhance his reach and influence as a painter and public figure. Indeed, his lithographs increased the common people’s involvement with fine arts and defined artistic tastes among common people for several decades.

He was Closely Related to the Royal Family 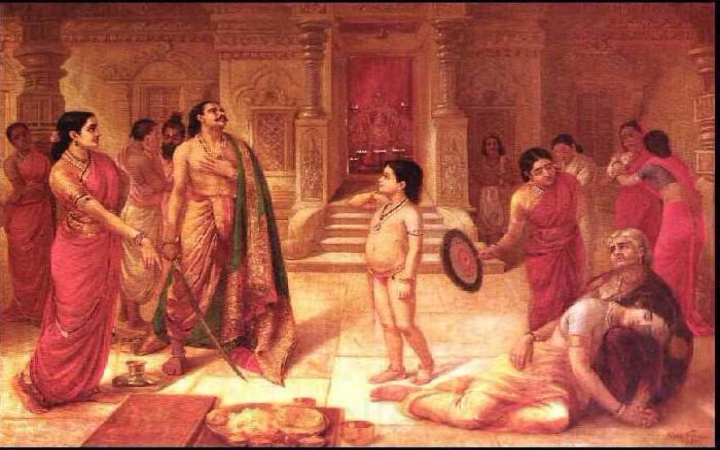 His uncle recognized his artistic talent when he discovered Raja Ravi Varma’s paintings on the walls of his house. At the age of 14, he was taken to Travancore palace to learn painting from the palace painter. Ayilyam Thirunal, the next Maharaja of Travancore, patronized him and then began formal training. In Madurai, he learned the fundamentals of painting. Later, Rama Swami Naidu trained him in water painting and Dutch portraitist Theodor Jenson in oil painting.

Over the next eight years, his work gained popularity, and a separate post office was opened for him at the palace as he received hundreds of letters daily.

He was the first painter who presented gods as humans. He modeled Hindu goddesses and south Indian women as he considered them very beautiful. Some of his famous works include Krishna and Subhadra, Shakuntala, Shantanu & Matsagandha, Victory of Indrajit, Nair Lady Adorning Her Hair, There Comes Papa, Galaxy of Musicians, etc. 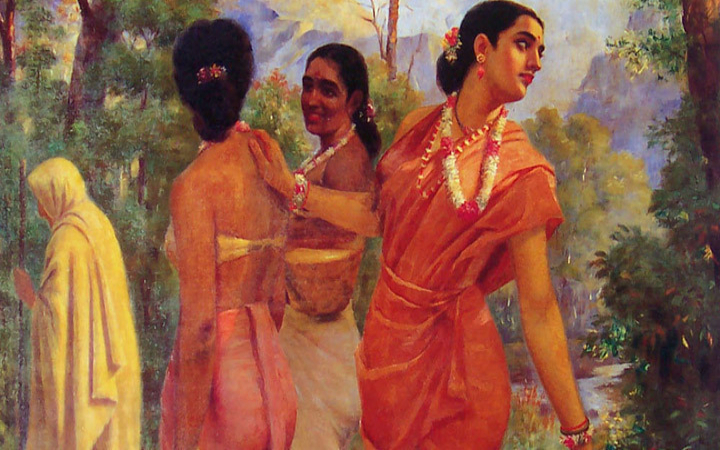 In 1873, he was the first Indian artist to receive a prize for his paintings at the Vienna art exhibition. After this, he earned worldwide acclaim. His paintings were also sent to the World's Columbian Exposition in Chicago back in 1893 and were awarded three gold medals.

As a tribute to Raja Ravi Varma, the Chennai Silks director Sivalingam designed and weaved a saree in over one year that depicted Varma’s 11 famous paintings, including “Lady Musicians” and ten other small paintings. This saree made it to Guinness World Records in Jan 2008 and became the most expensive saree in the world. Worth nearly 40 lakhs and weighing around 8 kg, it is called a vivaha pattu.

On behalf of the British King, Viceroy Lord Curzon awarded Varma with the Kaisar-i-Hind Gold Medal back in 1904. Also, a college dedicated to fine arts was set up at Mavelikara, Kerala, to honor him.

The Raja Ravi Varma High at Kilimanoor was named after the legendary painter. Various cultural organizations across India are named after him. Back in 2013, the crater on Mercury was also named after him to commemorate his achievements.

Due to his extraordinary contribution to the Indian art, the Government of Kerala instituted an award named Raja Ravi Varma Puraskaram. Every year, it is awarded to the artists who demonstrate excellence in the field of art and culture.

Interestingly, Varma was one of the first artists who established a press and produced thousands of copies of his paintings. The king Ayilyam Thiruna paid him Rs 50,000 for a set of 14 paintings. Though a commercial failure, the Ravi Varma press was India's largest and most innovative press of that time.

The Story of the Youngest Headmaster in the World ‘Babar Ali’