Kumari Devi- the living goddess of Nepal is widely revered and worshipped in Asian religious traditions. She is considered the manifestation of divine female energy. 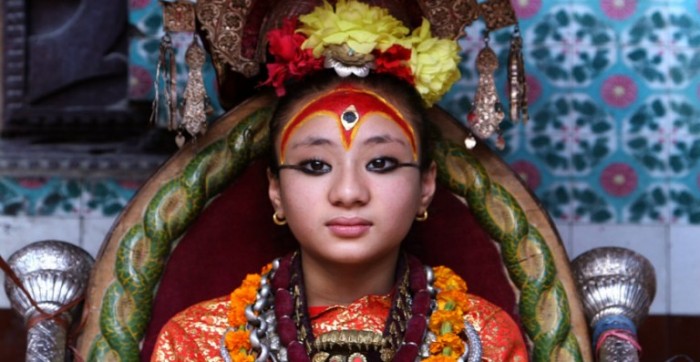 Nepal is a land of strange traditions and practices. One among them is the worship of Kumaris, which means young prepubescent girls. The girls are known as “Kumari Devi” or Kumari and are worshipped in different Nepalese cities.

The most prominent among them is Royal Kumari of Kathmandu Kumari Devi of Nepal, who lives an isolated and secret life in a palace-like home known as “Kumari Ghar” situated in the center of Kathmandu.

The Selection Process for Kumari Devis

The girls who are chosen as Kumari Devi belong to the Shakya caste of the Nepalese Newari (Shakya community of Ratnawali - silver & goldsmiths) Buddhist community. The girl is declared as Kumari after an elaborate selection process. She should fulfill the basic eligibility requirements like excellent health, should never have fallen ill, and have never lost blood due to injury.

She should have black eyes and hair. Other physical features that she must have are a neck like a conch shell, body like a banyan tree, eyelashes like a cow, thighs like deer, chest like a lion, and duck-like soft and clear voice.

The girl is also observed for signs of serenity and fearlessness. Also, the horoscope of the girl is checked to see if it is complementary with that of the king or not. In her final test, she has to spend a night alone with the slaughtered heads of goats and buffaloes.

The appointed girl stays as a Kumari until her periods start or till the time she doesn’t suffer from an injury or disease. The Kumari is always dressed in red and has a symbolic “fire eye” painted on her forehead.

However, the roles and selection process for Kumaris differ from place to place.

The Life That the Kumari Devi Leads 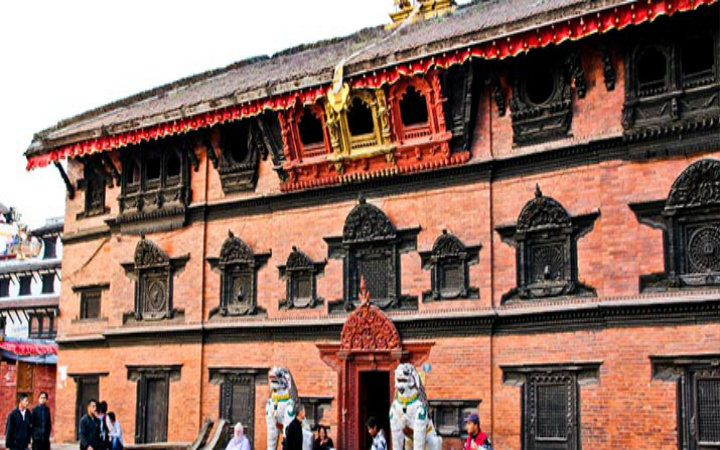 After completing the Tantric purification rites, the chosen girl assumes her throne as she crosses from the temple on a white cloth to the Kumari Ghar. She leaves the palace only to attend ceremonial occasions.

She always dresses in red and gold and wears a top-knot hairstyle, with agni chakshu (or fire eye) on the forehead as a symbol of the special powers of perception.

During the festivals like Navratri or Durga Puja, a special darbar is held where people come to worship her and seek her blessings. The king of Nepal also comes and kisses her feet to stay blessed.

When the Kumari Found a Mention in Pop Culture 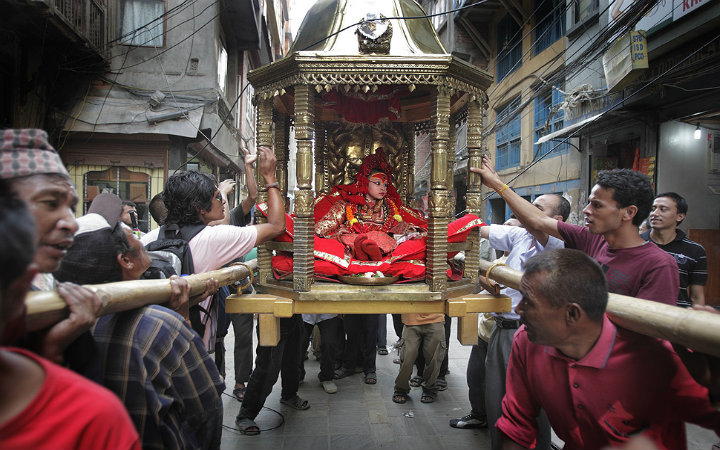 In the CBS drama series named Madam Secretary, the Kumari featured the Kumari in an episode titled Waiting for Taleju. A fictional US Secretary of State, Elizabeth McCord, meets Kumari to seek support for a deal helping secure US disaster relief funds due to the 2015 Nepal earthquake.

Besides, Nepal’s Kumari was the lead character in the Korean webtoon series titled For the Sake of Sita. In the Netflix series named The Serpent’s 4th episode, the character named Monique sees a Kumari girl from outside the temple.

In Diana Wynne Jones’ novel titled The Lives of Christopher Chant, the character of the Living Asheth is a little girl worshipped as a goddess who has to follow strict rules of ritual purity and is deeply inspired by the Kumari.

As of 2021, Trishna Shakya is the 15th and present Royal Kumari, who resides in Kathmandu. Besides Kathmandu of Nepal, this weird culture of worshipping Kumaris is also followed in Lalitpur, Bhaktapur, Sankhu, and Bungamati.

The worship of a goddess in a young girl symbolizes the divine consciousness. This entire ritual is based on the Shakta text Devi Mahatmyam or Chandi, in which the goddess is said to have declared that she resides in all female living beings in this universe. And thus, a young girl is chosen over a mature woman due to the former’s inherent purity and chastity.

Do you know about any other such kind of bizarre ritual or tradition followed around the world? Do tell us in the comments section below!

Meet the Kumarans - The Brilliant Gems of Indian Tech Industry