Norman Rockwell And His Unforgettable Work In American Culture

The life and legacy of prolific American artist Norman Rockwell is worth looking up to. This famed painter and illustrator depicted 20th century American culture with great depth on the canvas. 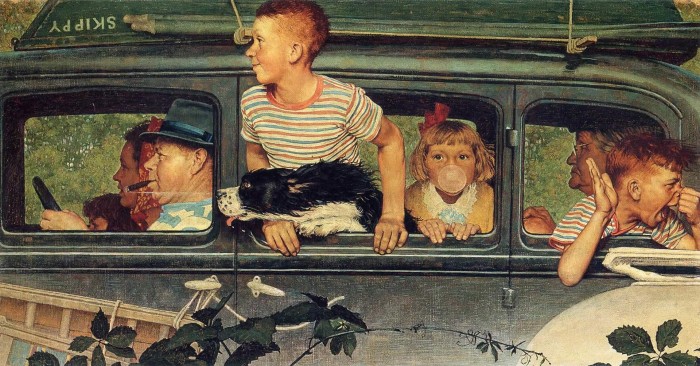 Norman Rockwell was a much celebrated and prolific American painter, illustrator and author of the 20th century. Rockwell produced 4,000 original artworks throughout his lifetime and is most noted for his unforgettable depiction of American people’s courage, hopes, and innocence on canvas.

During his 65 illustrious years of painting, the unique artistic legacy of Rockwell is much evident for his portrayals of the nuances of American culture, American Civil Rights movement, WWII with idealism, great depths and extraordinary finesse in every brush stroke. His best known works include Willie Gillis series, Rosie the Riveter, The Problem We All Live With, Saying Grace, and the Four Freedoms series. 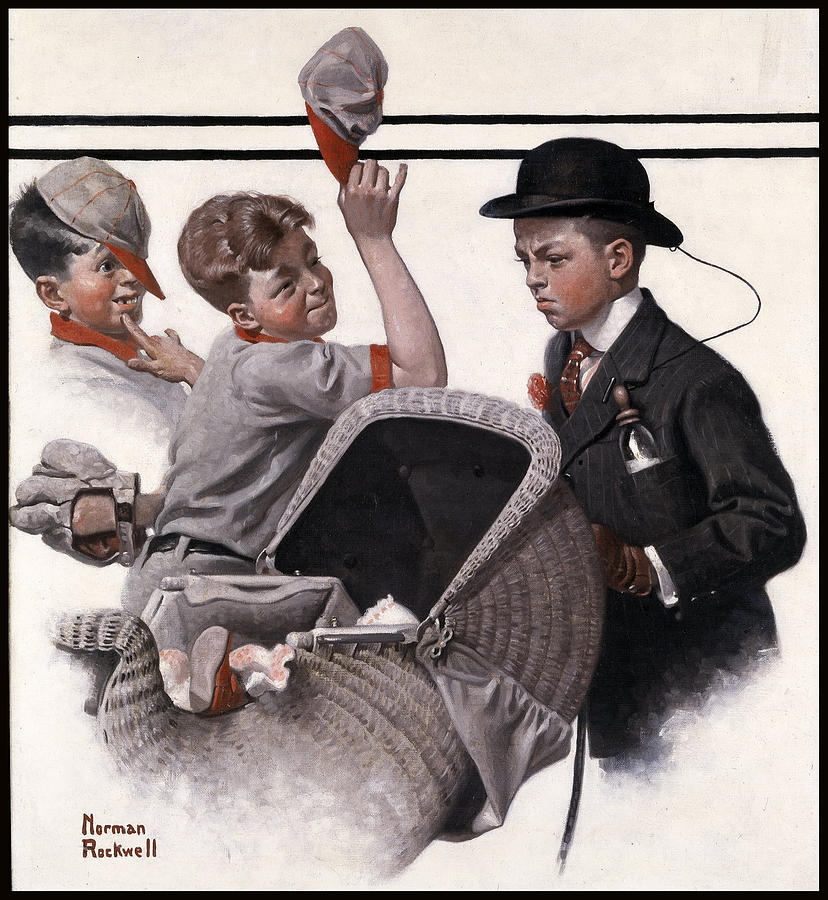 Born on 3 February 1894, Norman Rockwell hailed from New York City. When he was 14, he joined Chase Art School and then went to National Academy of Design and finally to Art Students League. Frank Vincent DuMond, Thomas Fogarty and George Bridgman taught Rockwell and his early works were produced  for the Boy Scouts of America (BSA), St. Nicholas Magazine and other youth magazines. While he was a student, he worked for small jobs that held minor importance. ‘Boy with Baby Carriage’ was one one of the paintings that landed him his first job. (12.1) 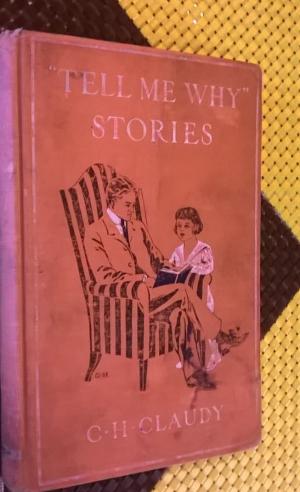 At the age of 18, Rockwell’s first book illustration for ‘Tell Me Why: Stories about Mother Nature’ turned out to be his first major breakthrough. Thereafter, Boys’ Life Magazine hired him as an illustrator where he received his first paycheck of 50 dollars each month for one completed cover and a set of story illustrations. When he was 19, he became the art editor of Boys’ Life Magazine that was published by the Boy Scouts of America. Serving for three years, his first published magazine cover was ‘Scout at Ship’s Wheel’. 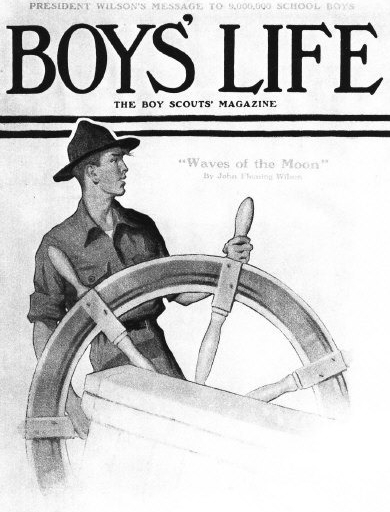 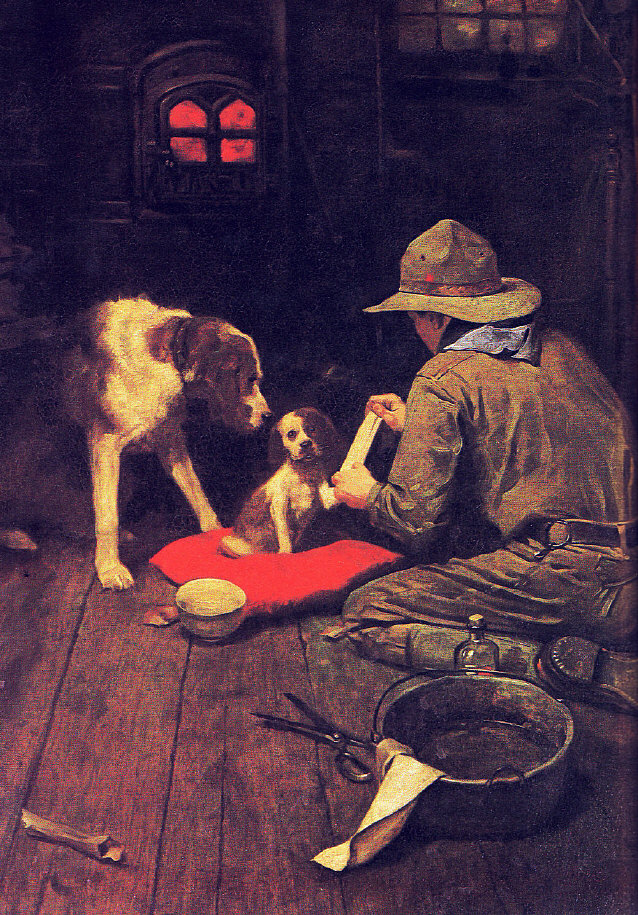 In 1916, Rockwell created his first cover for Saturday Evening Post and in his tenure of about 50 years, he made 317 memorable covers. In 1920, he painted cover for official BSA annual calendar  and created 51 original illustrations in all. Being one of his well-known works, these works can be seen at Norman Rockwell Art Gallery at the National Scouting Museum in Irving near Dallas, Texas. 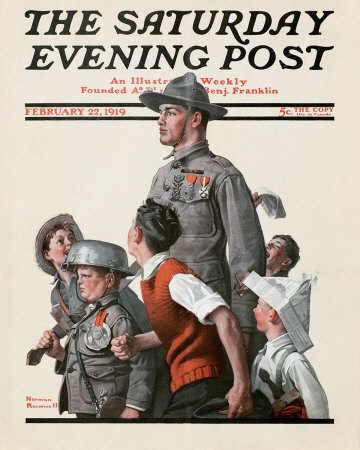 At the time of World War I, Rockwell tried enlisting into the US Navy but faced rejection for being underweight. Being 6-foot-tall, he weighed 140 pounds and was short of 8 pounds. And to balance it out, he spent a night by stuffing himself with bananas, doughnuts and liquids to weight enough for getting enlisted the next day. However, he was given role of military artist and didn’t see any action at his tour of duty. (12.2) 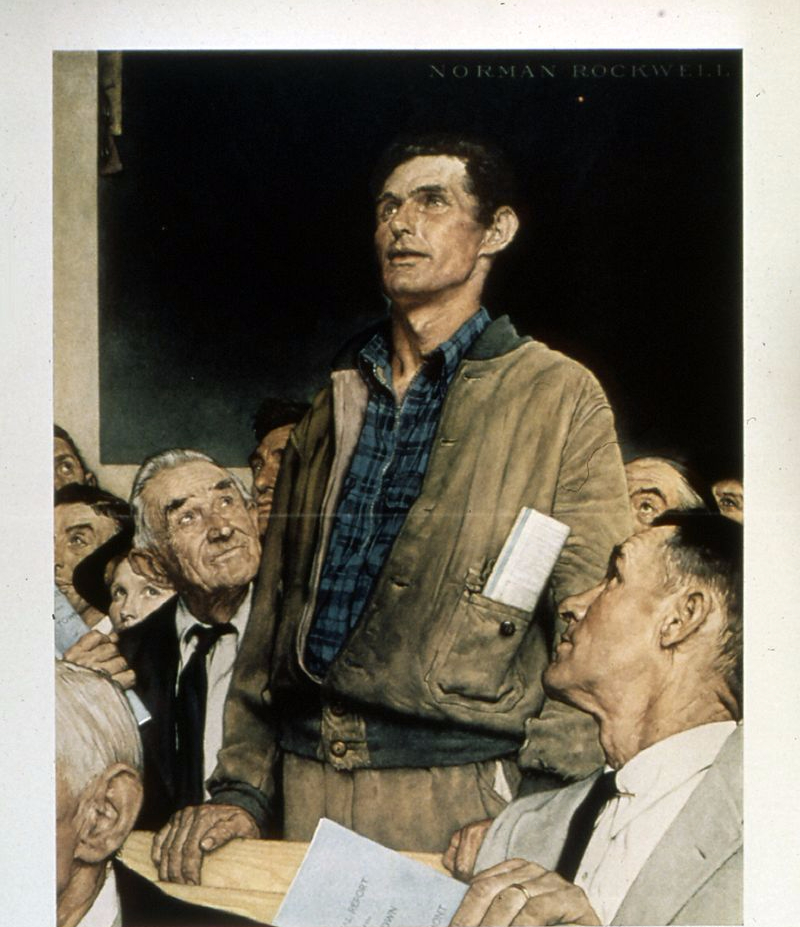 The year 1942 marked one of his most overtly political and significant artworks. 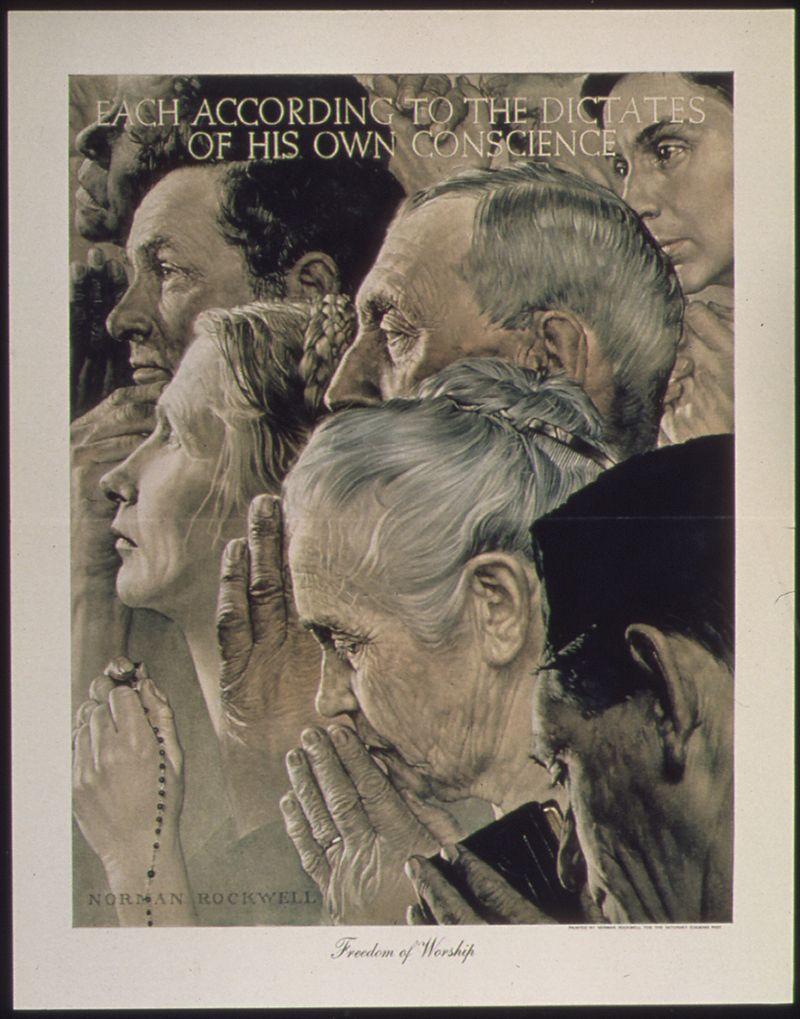 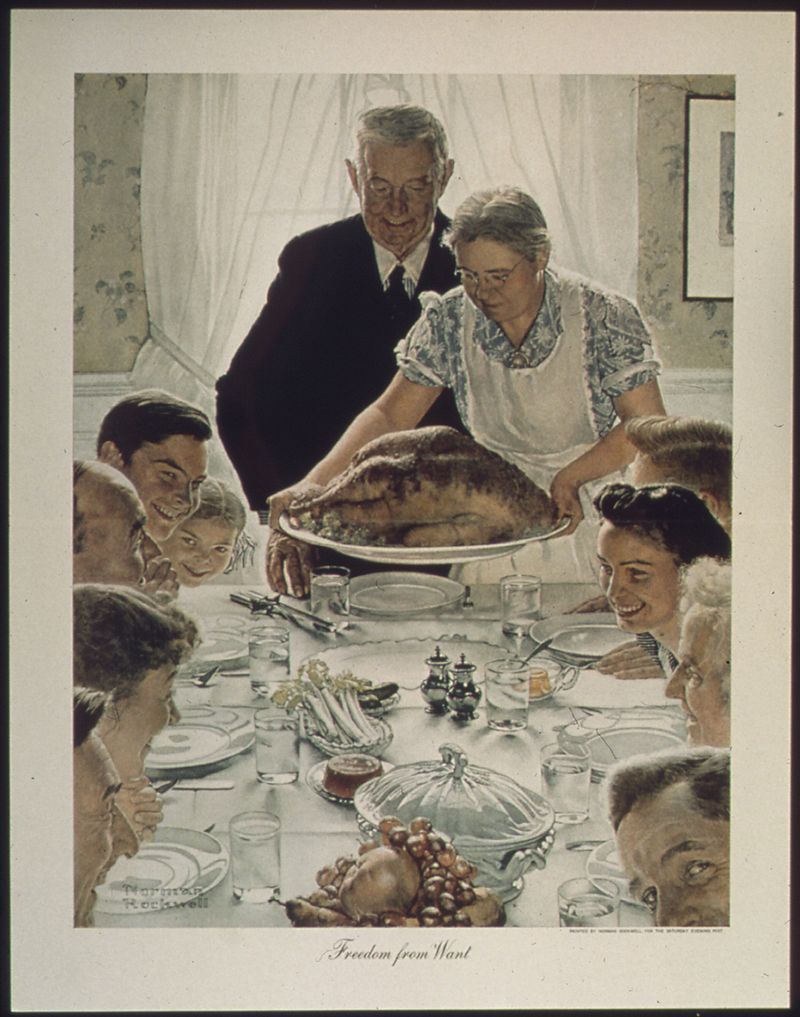 It took Rockwell 7 months to complete them, losing 15 pounds in the process. Saturday Evening Post published it in 1943. 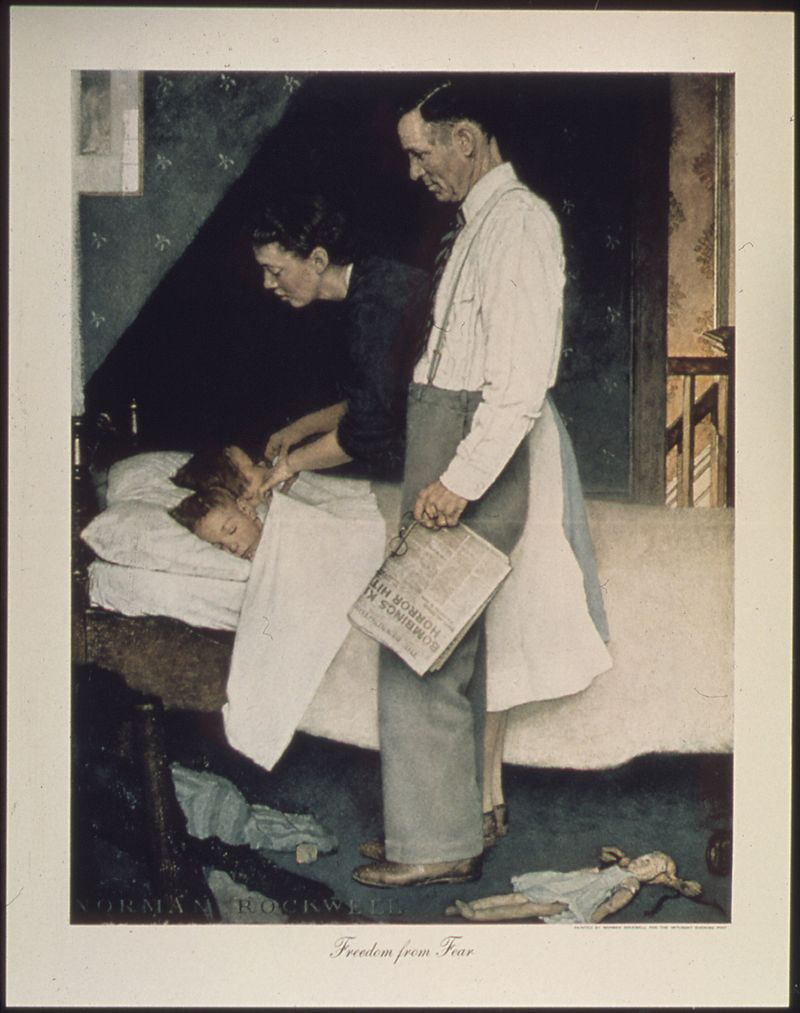 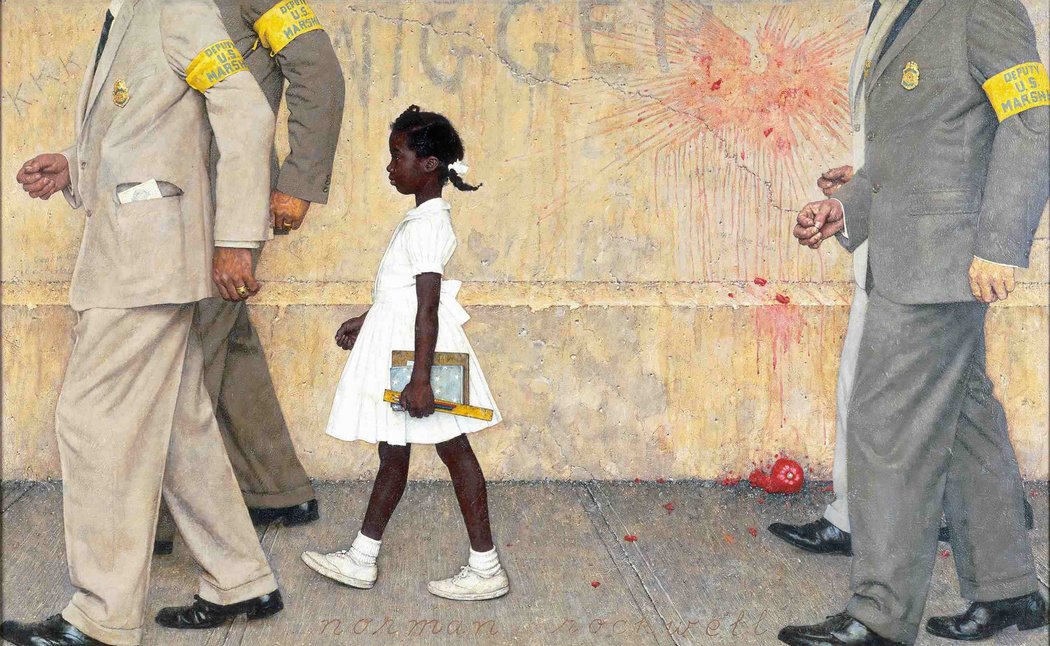 In the late 1940s and 1950s, Rockwell became one of the most prolific and recognized illustrators in America. Other than Saturday Evening Post and Boy Scouts of America, he created illustrations for magazines including Look, Life, Literary Digest, Ladies’ Home Journal, and McCall’s. 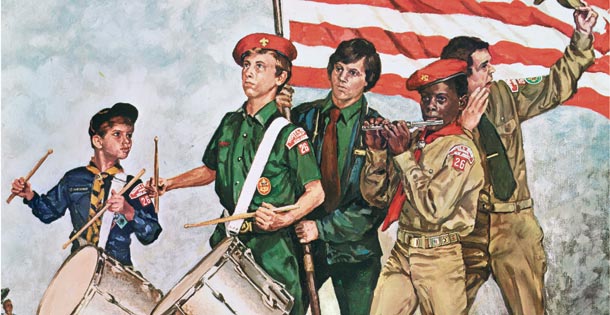 During 1960s, he began exhibiting a strong sense of social consciousness. His paintings that had initially dealt with a utopian vision of the country started addressing real issues. “The Problem We All Live With,” depicts an African-American schoolgirl being escorted by safety officers who walks past a wall smeared with the juices of a thrown tomato. Rockwell’s later subjects covered poverty,  the Space Age, the Peace Corps the presidents among others. (12.3)

10 Little Things About The Life Of Louisa May Alcott